5 ways to Get More Kills in Fortnite Battle Royale

… Is a fairly terrible piece of advice. Fortnite is a game with an extremely high skill ceiling, and a huge variety of ways to be effective in-game. Personally, I’m awful at building. If I try to enter the build menu in a fight, it’s almost a guarantee that I’ll forget which button I need to press to get my gun back out. It’s not so bad if I’m playing on PC, but on PS4 it’s a death sentence. So here are some of the ways I’ve come up with to avoid having to do just that.

Fine, whatever, call me a coward. We’ve all seen them – players who are clearly trying far too hard. They watch too many streamers and YouTubers, copying blindly the strategies they have honed over countless hours of play.

They’re easy to identify – the slightest whiff of a bullet in their vicinity and they’re up, building themselves a fifteen-story tower from which to commence an epic build battle like they’ve seen their favourite players do. The mistake here is to engage – they’ve clearly been practicing for this, you can see it in their earnestly constructed wooden one-by-one. They want a fair fight. Don’t give it to them.

The biggest mistake this kind of player makes is to assume that everyone’s going to play the same way. The best way to kill them is to subvert their expectations. While the tryhard is busy spinning around, editing wooden boards to make their tower just the right shape, find somewhere to hide. When they finish their mighty construction, they’ll pop out of the top and see…

Nothing. No opposing tower ready for an epic duel. Not even a newbie frantically failing to build themselves in. You, meanwhile, are off behind a tree, or in a building, watching their every move.

If you can stick it out, one of two things will happen. They’ll get curious, and come out to investigate – at which point, they’re vulnerable to a sneaky headshot. Or, as has happened to me multiple times, another player will come along and they’ll forget all about you. This is the optimum time to kill both of them, of course.

One of the things I loved about the early days of PUBG was that it could be played, effectively, as a multiplayer stealth game. Let’s bring some of that to Fortnite. 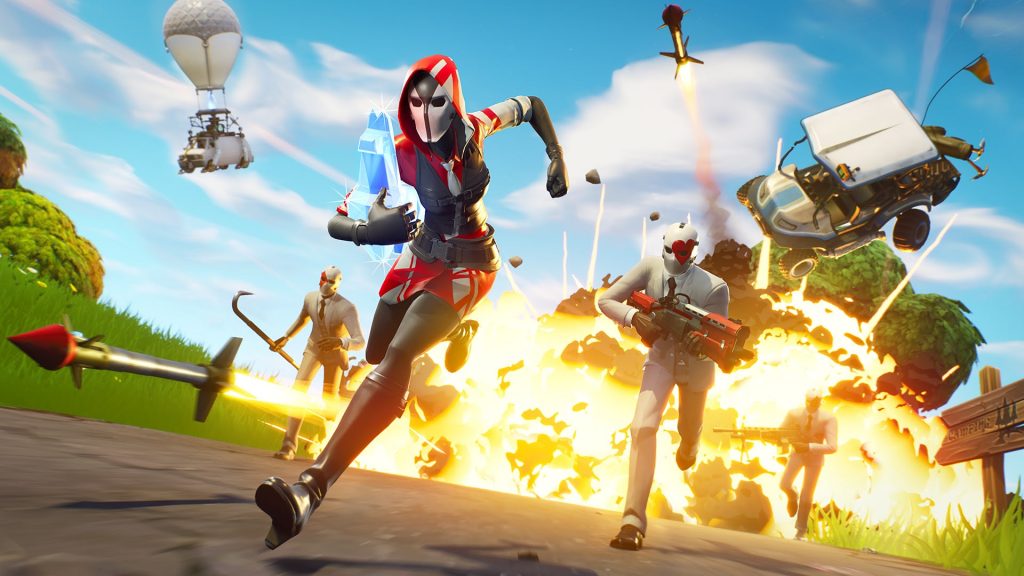 Sure, you might feel like a coward, but sometimes the best response to a dangerous situation is to just leg it. Discretion is the better part of valour, after all.

Just turning tail and running away won’t cut it, however. If your opponent is a halfway decent shot, they’ll have sniped you in the back before you know it. Luckily, if you read my recap of Season 5, you’ll know that Epic have added a wide array of movement options to the game, all of which allow for an inventive escape. A rift-to-go is going to teleport you out of danger almost immediately and a shockwave grenade will blast you across the map, but my favourite quick escape has to come from the grappler, as it’ll let you reach cover almost immediately without making a huge noise.

Get out of there, heal up, reload and move back in with a vengeance.

3. Use the right weapon

Fortnite has a nicely varied set of weapons, most of which are useful in quite specific situations. So if you’re running into every conflict with an assault rifle expecting an easy win, you might be disappointed.

That assault rifle is best at a medium range. You can extend that range slightly if you’ve got a silenced rifle. SMGs, meanwhile, are incredible at close range. They may not have quite the same power as they did before Epic reduced their damage output, but a grey SMG still beats most other automatic weapons in a close-range fight. Just don’t miss. Shotguns are also great, but the long reload time can mean a quick death if your shots don’t land.

Explosives and the minigun are fantastic for taking down structures, but the minigun also has its place in a fight. If you’re both out in the open and your opponent is trying to use a shotgun to finish you off, a minigun trained on their face will deal much more consistent damage, much more quickly. 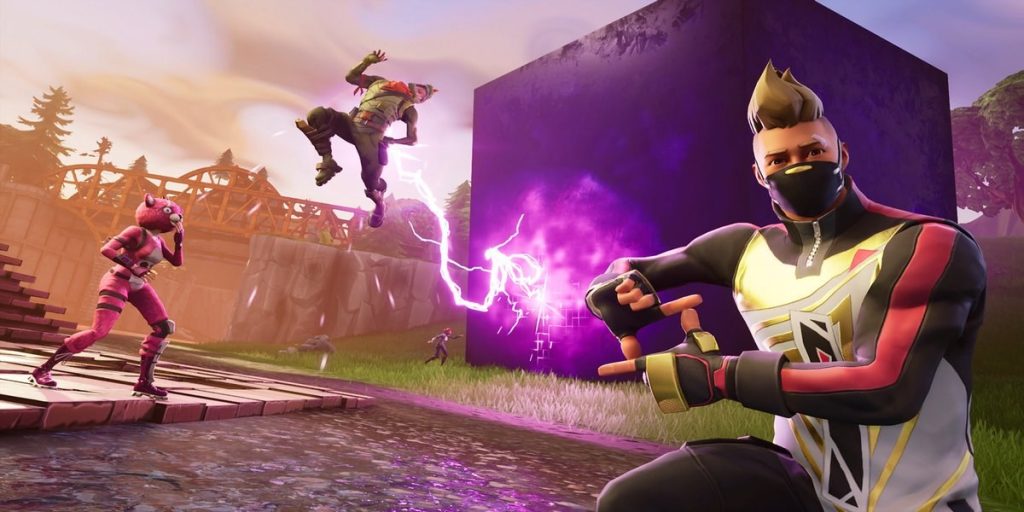 4. Use your weapon right

Its all well and good knowing you’ve got the right gun, but do you actually know how to use it? I’m sure you’ve played a video game before – you know that a shotgun will only tickle an enemy at anything other than close range, and that using a sniper rifle indoors is like trying to row a canoe with a telephone pole. But did you know some of the quirks of Fortnite’s arsenal? Here are a few tips.

In battle, a real-life soldier will never fire unless they are certain that they’ll be able to take out the enemy. This is a good attitude to have in any Battle Royale, not just Fortnite. If you’re pinging bullets off into the distance in the hopes of hitting someone who’s not even spotted you, all you’re going to do is alert them to your presence. That being said, don’t wait until they have seen you. Try to fire first whenever you can, but only when the time is right. Put simply…

These are just some of the things I’ve learned in my Fortnite journey to ensure that I win more fights than I lose.

Let me know what your favourite strategies are! If you have anything to share with the PwrDown community, whack it right down there in the comments.

You can play Fortnite on PC, PS4, Xbox One, Nintendo Switch, iOS and Android.

READ:  Fortnite: Where & How to find Coal