In this post, we’re going to take a look at some of the Best Armor Mods available for Fallout 4 on the Xbox One. The mods featured in this list where all some of the most downloaded mods of all time.

Armor Mods are one of the best ways to completely overhaul your character in Fallout 4. Whether it just be by increasing immersion by wearing new factional armor, or replacing existing armors to something more realistic. 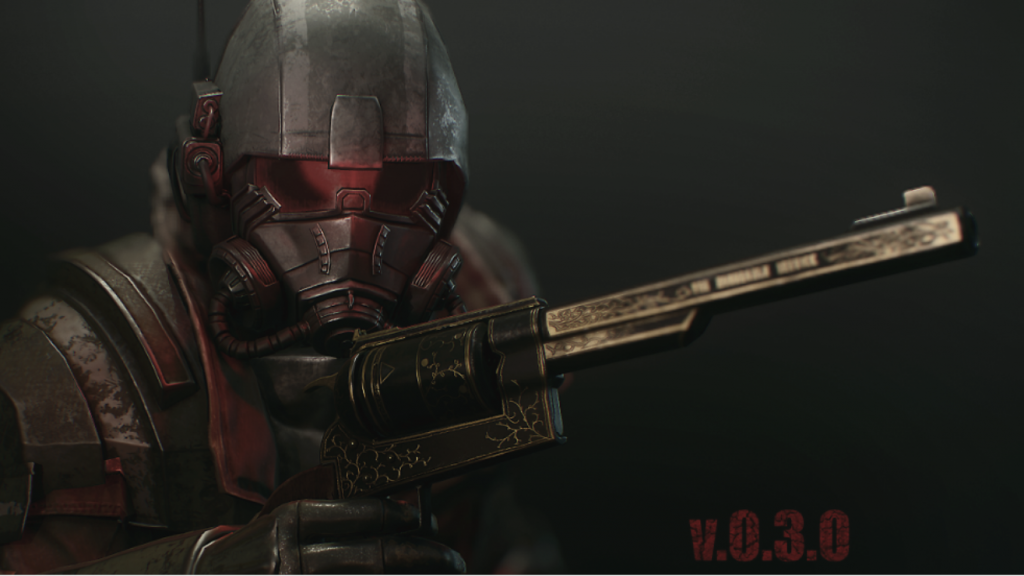 First up, we have an armor mod that adds a set of NCR Veteran Ranger Armor into the Fallout 4 Wasteland. NCR is the New California Republic, a faction that you should mostly know from Fallout: New Vegas. Once this mod is installed, the armor set can be found at two different locations. The first being inside the safe at Kellogs House in Diamond City, the second being inside the Lonely Chapel. Whilst the Riot Gear can be found in the Commonwealth Bank. 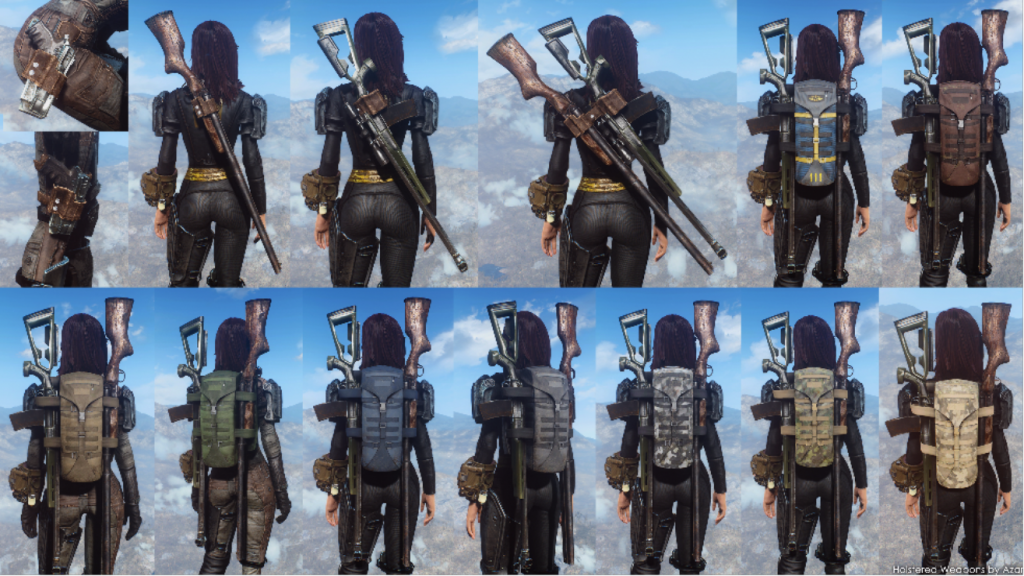 Next up is Holstered Weapons for your character in Fallout 4. Whilst not a complete armor mod, it does add new equippable items. Now you can carry your weapons in style, either on your back or on your hip. Each holstered item will provide a small armor bonus, whilst wearing the backpack gives +50 carry weight which is very useful. You can craft the items yourself, or buy them from a vendor in-game. 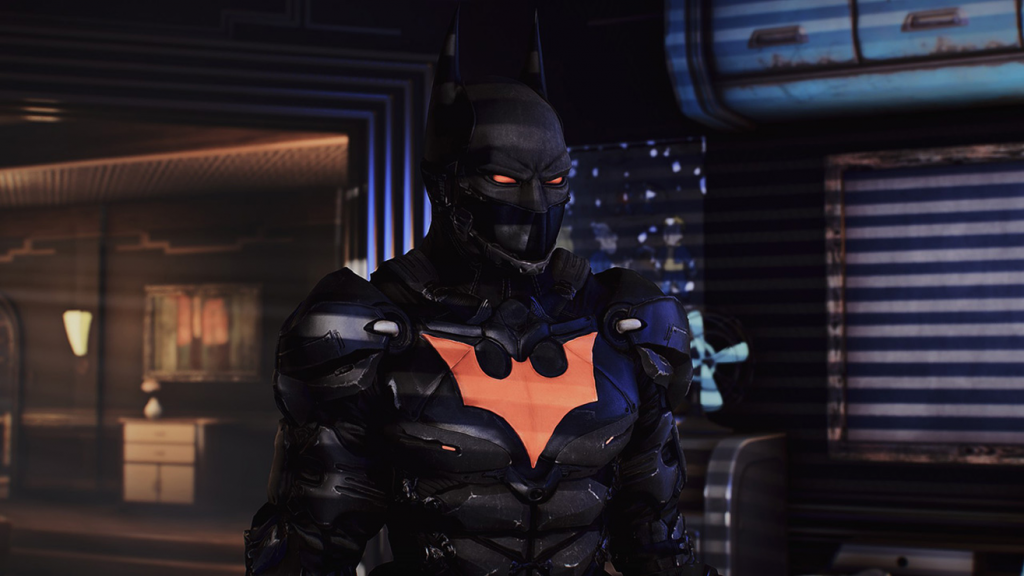 If you’re a Batman fan, you’ll love this armor mod available on Xbox One. It adds the Batman Beyond armor, Deathstroke’s mask, the Arkham Knight’s armor, Red Hood’s Helmet and Batgirl’s suit. Once installed, each of these items can be crafted at the Chemistry Station. Safe to say that whilst not very immersive to the Fallout 4 universe, it’s one of the coolest looking outfits to come out of the modding scene. 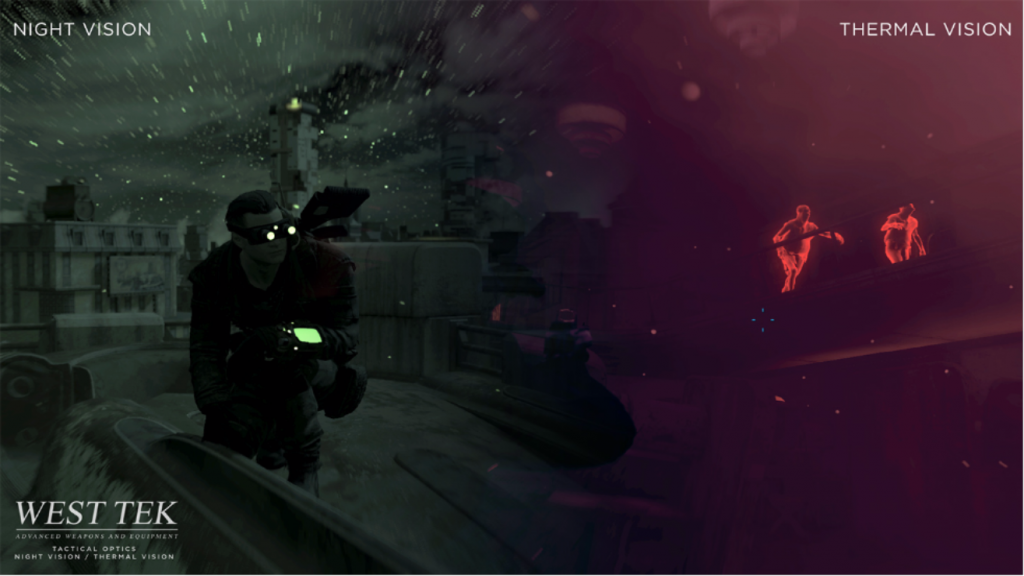 Any Fallout 4 play-through should have West Tek Tactical Optics. This mod adds craftable Night Vision, Thermal, and Targeting HUD goggles and eyepieces to Fallout 4, which can be equipped on both your character and even Dogmeat. There are a lot of different variations available when it comes to the appearance of them, with them also being equippable on Power Armor. Use Night Vision to see in the dark, or Targeting to highlight enemies in a bright red color. This mod works well with Darker Nights. 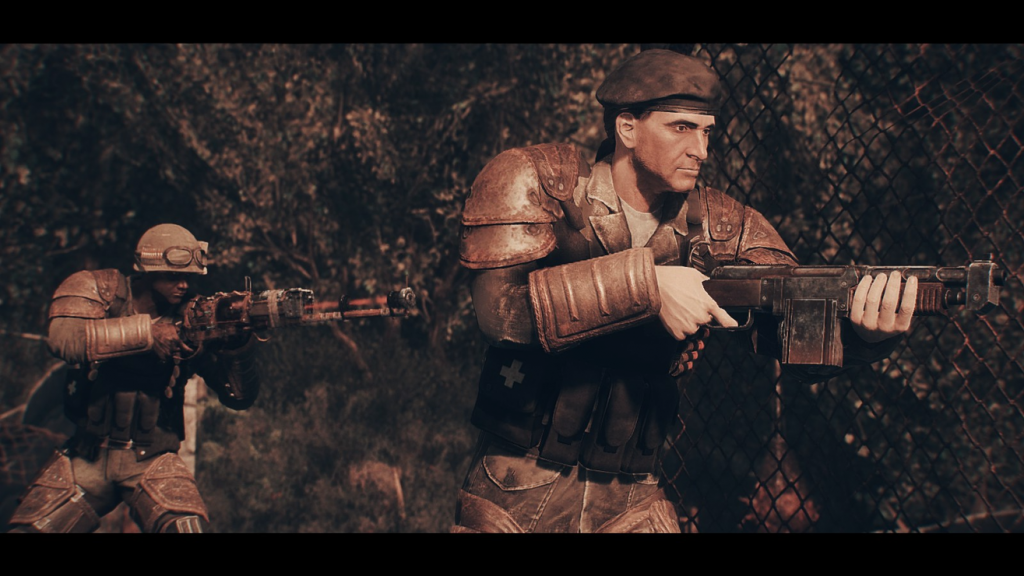 Militarized Minutemen adds over a dozen military themed armor items to Fallout 4. Whilst it is themed around the Minutemen, you can use them to base yourself around any faction. You can do this by switching out patches that appear on the outfits. You can also choose to install the levelled list version, where items will be distributed to different classes within the faction. Otherwise, check the trunk at the Castle to get started. 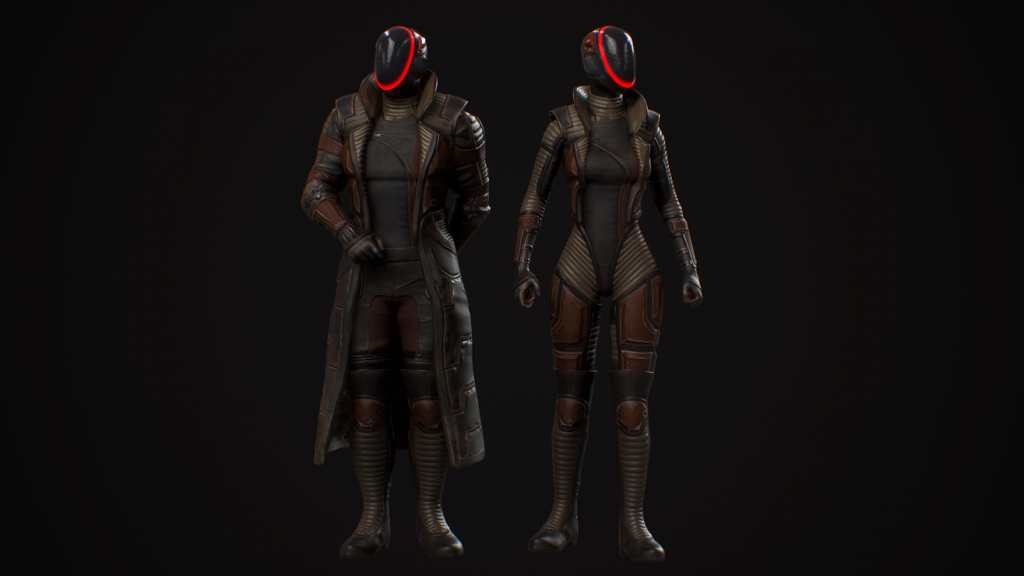 This Armor mod adds the CROSS Strigidae Suit to Fallout 4 on Xbox One, which contains 4 different parts. These are the Suit, Arm-guards, Visor and Overcoat. Each of these pieces have their own unique customizations. To use this outfit, you will need to firstly use the Holotape added to your inventory, then it will have a 50% chance of appearing on Coursers in game where it can be picked up as loot. It can also be found in the institute. The best part about this Armor set is the helmet, which has it’s own special effects and animations. 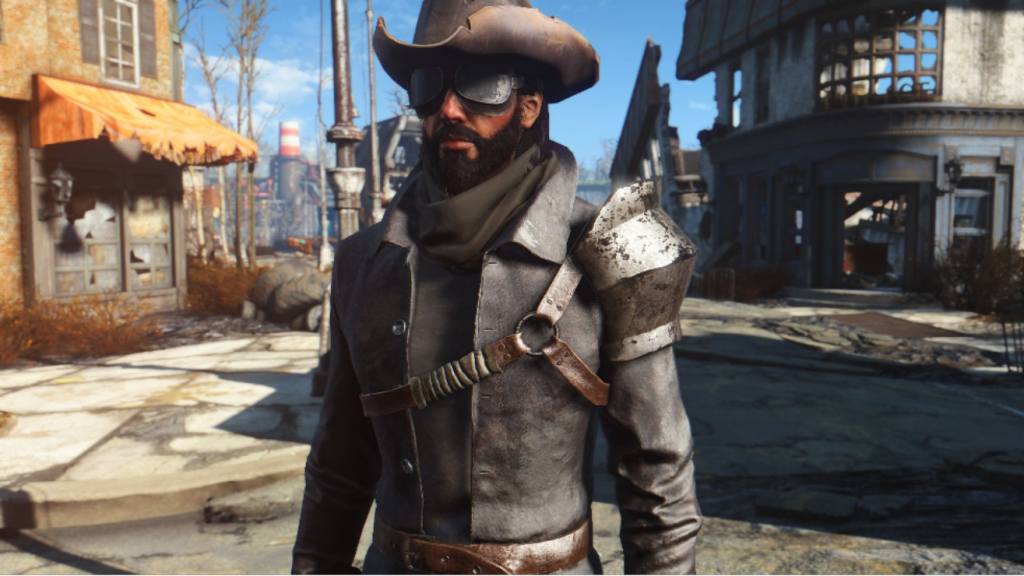 The Mercenary Pack adds a lot of new custom outfits and armors to the Fallout 4 game world. It’s a pack that contains all of the authors previous work, including the B-90, Rebel and SNCR. There is also a gunner overhaul and Wastelander outfits. All of the items have been designed to blend into the Fallout 4 world seamlessly, with them not breaking immersion in any way. A lot of the components can also be crafted at a workbench. 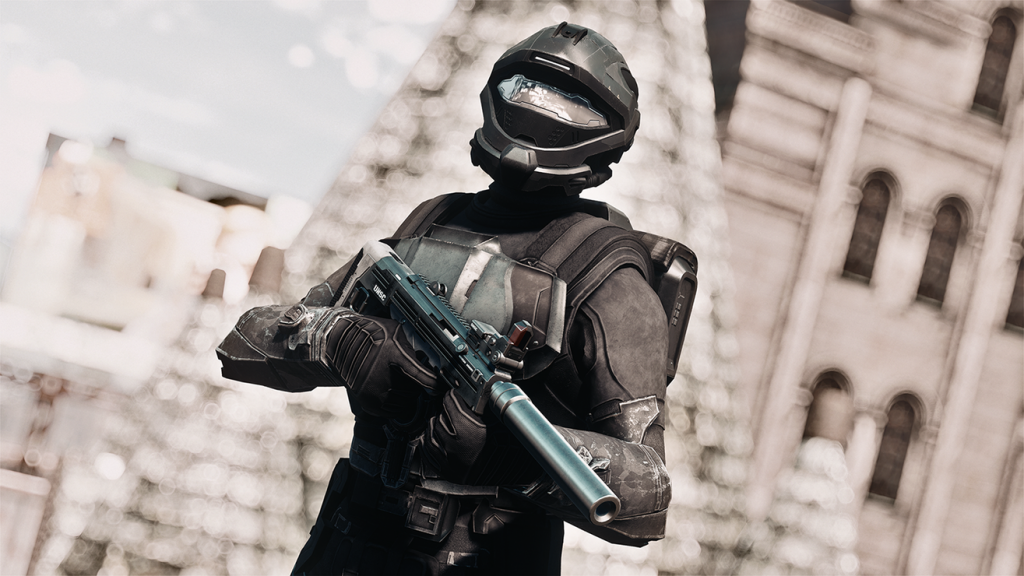 Project Helljumper will add 3 new sets of Armor to the Commonwealth. These are the Halo 3/Halo ODST Styled Armor and the Halo Combat Evolved Marine Style Armor. All armor pieces have a lot of customization options, being able to choose between different skins and visor colors and even the ability to add text. Helmets can also make use of different attachment pieces. There are many advantages to using the armor, with it providing blast protection, temperature control and thermal insulation. 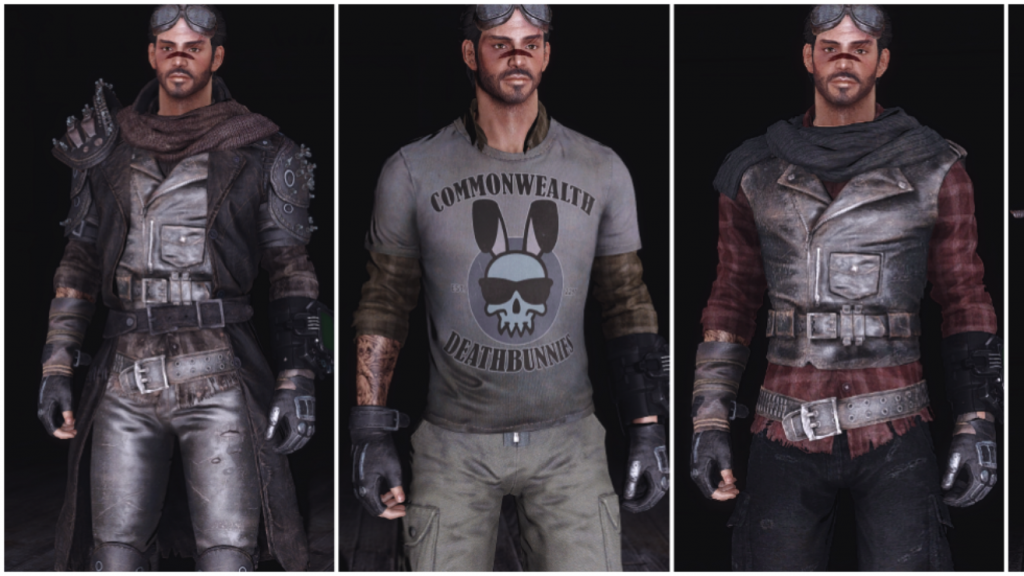 Instead of focusing on a single piece of armor, Eli’s Armor Compendium adds 50 unisex armor sets, 20 accessories and ‘infinite’ amounts of color customization options. Instead of being all based around your character, a lot are outfits that will work well for Raiders, Settlers and Synths. It’s by far one of the largest and most diverse armor mod packs available for Fallout 4. A lot of the outfits will also spawn on Settlers, making them seem more realistic and diverse. 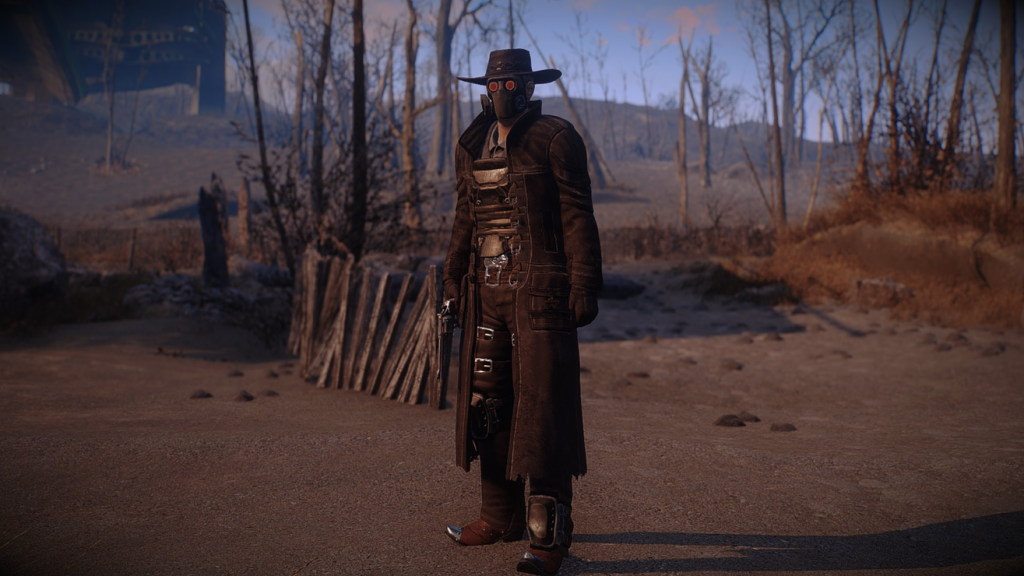 Finally, we have the Mojave Manhunter Armor which is part of the CROSS collection, similar to the Strigidae Suit above. The outfit is split into 6 different parts which are Underarmor, Gloves, Vest, Duster, Hat and Mask. Each part can be modified with vanilla mods, whilst there are also custom paint jobs available. The armor set can be crafted at a chemistry station, or found in the Forgotten Church in the Glowing Sea. There are a lot of features included with this armor mod, including different activation modes on the helmet and 15 different skins.