In the post, we’re going to go through our Top 10 picks for the Best Fallout 4 Mods of 2017 so far! Like a lot of Bethesda games, Fallout 4 just shouldn’t be played without mods. The amount of work that developers put in is insane, and they create hundreds of hours of extra fun and content.

Feel free to take a look at all of our Fallout 4 content, and also check out our Top 10 Mods for Survival mode! All of the mods we’ve covered in this post are for PC, and they’re all available from Nexus Mods. If any of these mods are available on Xbox One or PS4, we will let you know in the description.

Make sure to read the description for each mod on Nexus Mods to check it’s compatibility, as well as instructions for using it. If you think we’ve missed one, let us know in the comments! 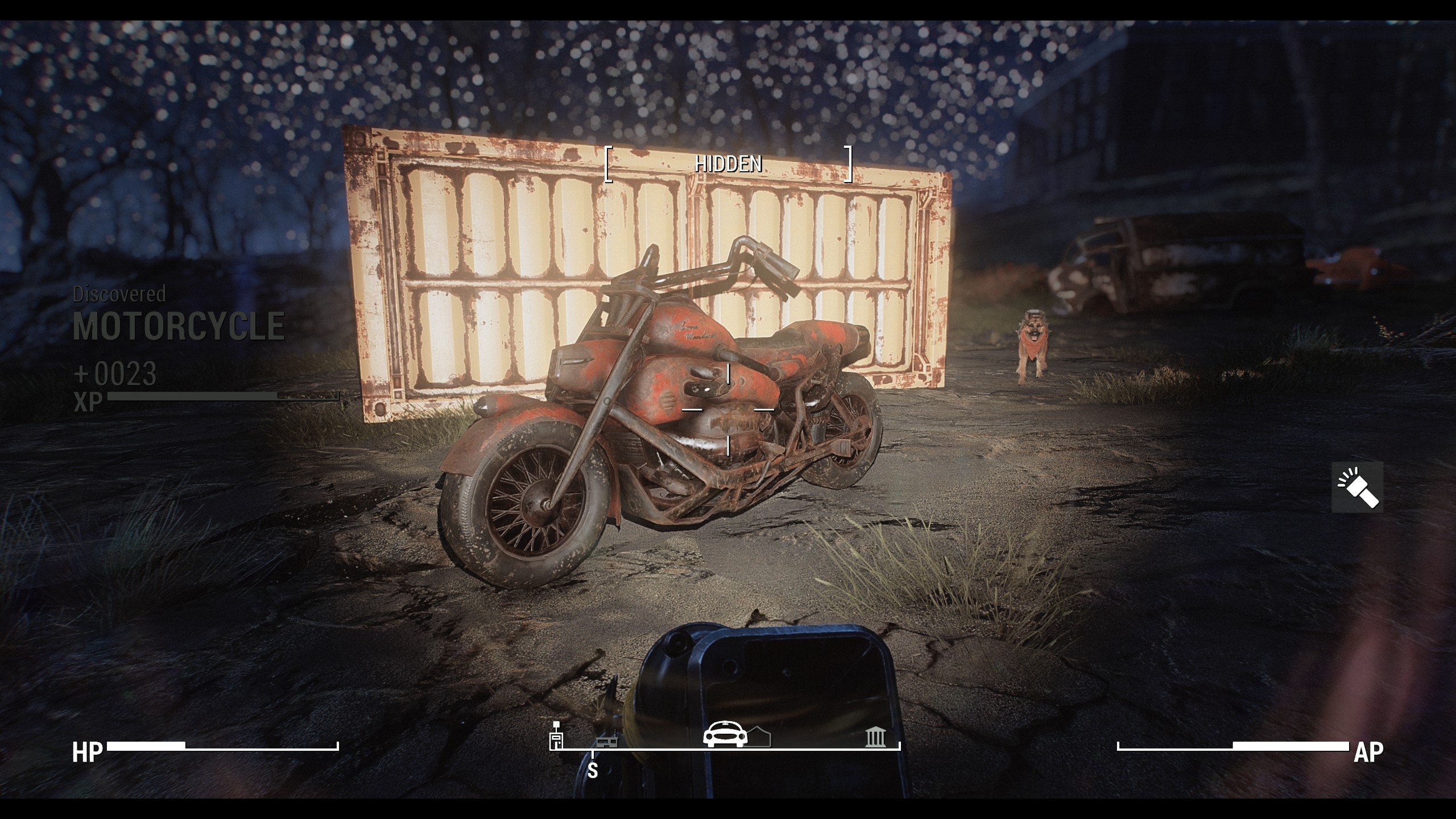 Fallout 4 Motorcycle Mod | Installation and preview
This mod by Hunk92 adds a fully working motorcycle to the wasteland which you can drive around on. Obviously, Bethesda never intended for mods like this to work so it doesn’t have the smoothest motion in the world. However that doesn’t take away from how awesome it is. The motorcycle is customizable, so you can change it’s paint job and wheels. As well as this, you can enhance it by adding equipment such as a front light and backpack. By far, the best thing you can add to the bike is a cart for Dogmeat to sit in. You can download it from Nexus Mods here. 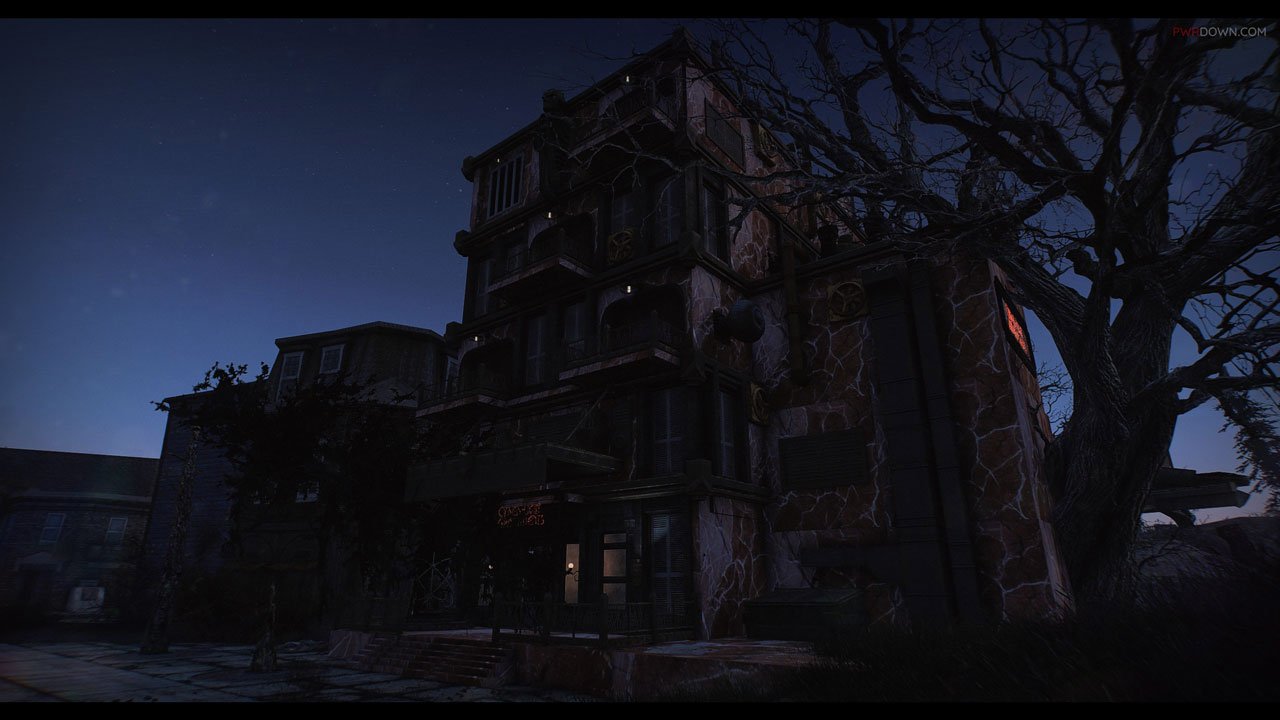 Apartments by bloodmeat08 adds 2 new apartments to the wasteland, found near D.B. Technical High School. The two apartments each have their own design and style, and are available for purchase from 8000 caps upwards (dependent on your player level). Included with the mod is your own lobby staff, a woman named Cas who will sell you an apartment. Lighting is atmospheric, with the building having it’s own day and night cycle. There are also interactive light switches so you can control the lighting in your room. It’s available over at Nexus Mods. 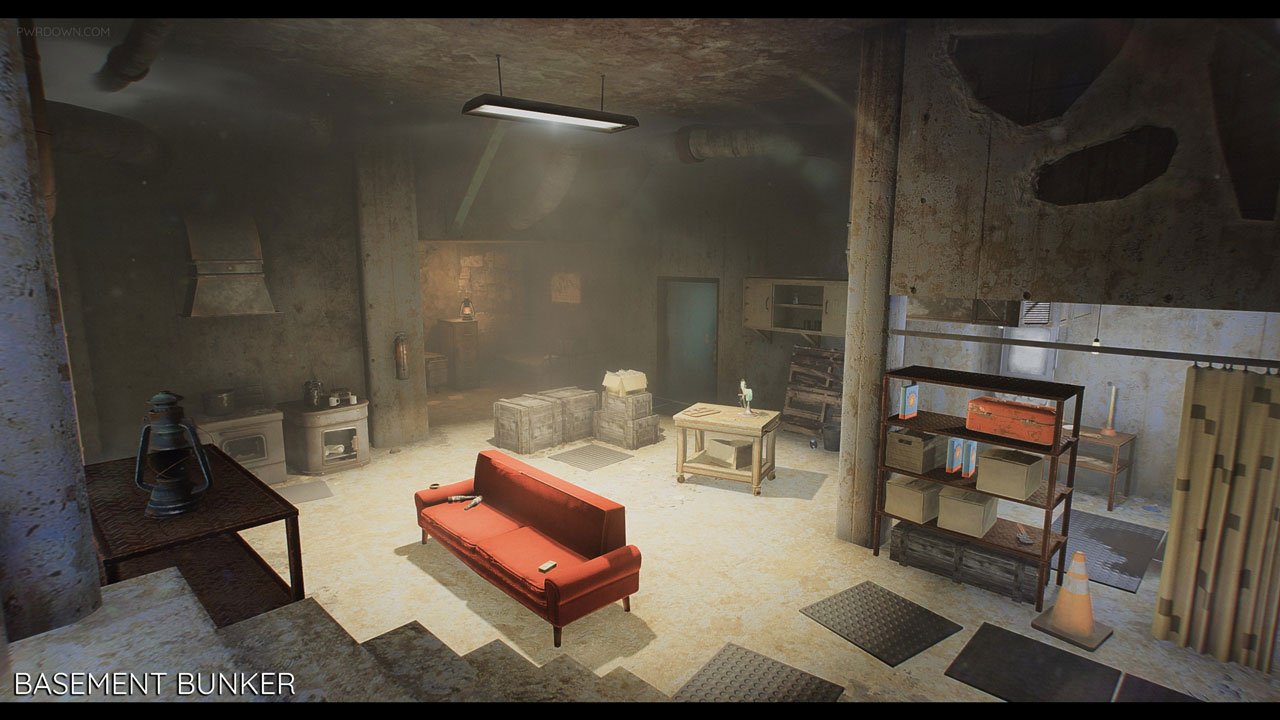 Fallout 4 Bunkers Mod | Installation and preview
Basement living by fadingsignal adds 10 new bunkers into your crafting menu. Each one having it’s own unique design and style, from warehouses to interrogation caves. What’s great about this mod is that the bunkers actually have a workshop, so you can go in and design it however you want. You also get to control the lights, fog and clutter inside of the basements using control panels. It’s a great way to get away from horrible weather or annoying settlers! It’s available on the Nexus here. 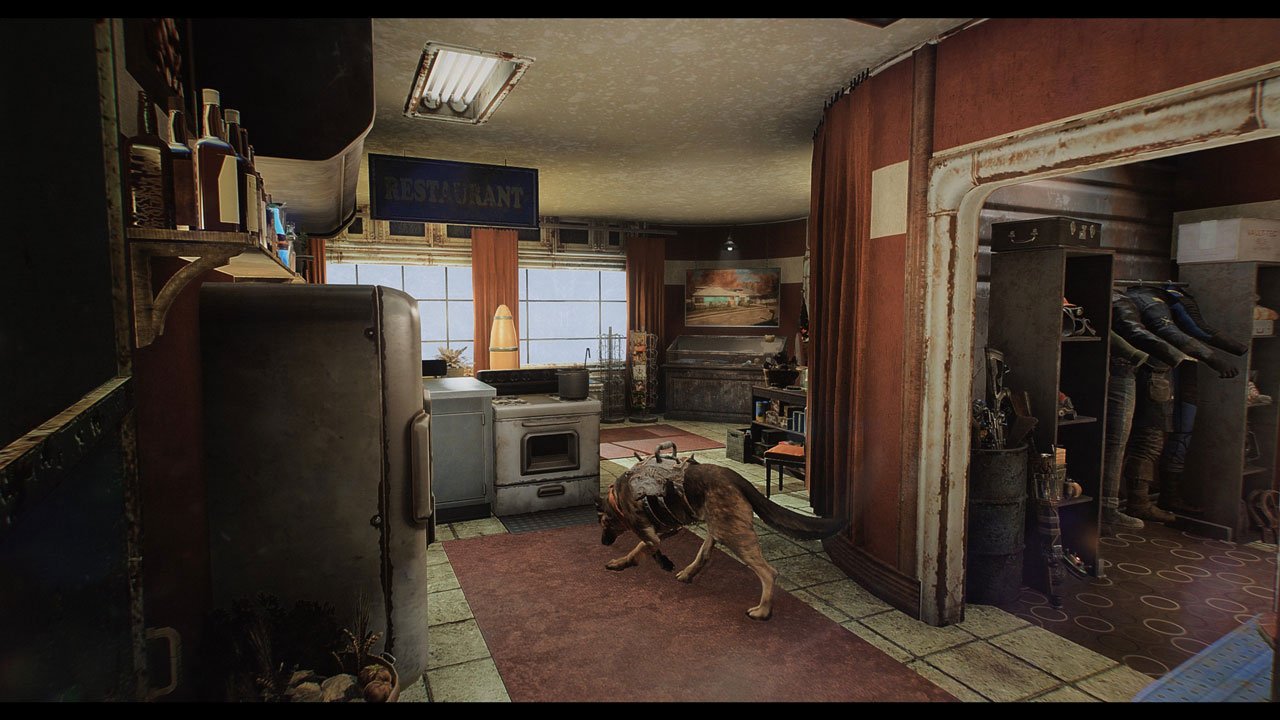 Rockin’ Red Rocket by Elianora changes the Red Rocket settlement near Sanctuary to a completely different setup. It gives it a whole new interior, full of unique storage containers and rooms. It’s one of my favourite mods, and one that I can’t go without on my Fallout play throughs. It’s only a short distance from Sanctuary, so I use it as my permanent base. It has magazine racks, benches for crafting and so much more. Definitely check this one out.

Fallout 4 The Sanctuary | Installation and preview 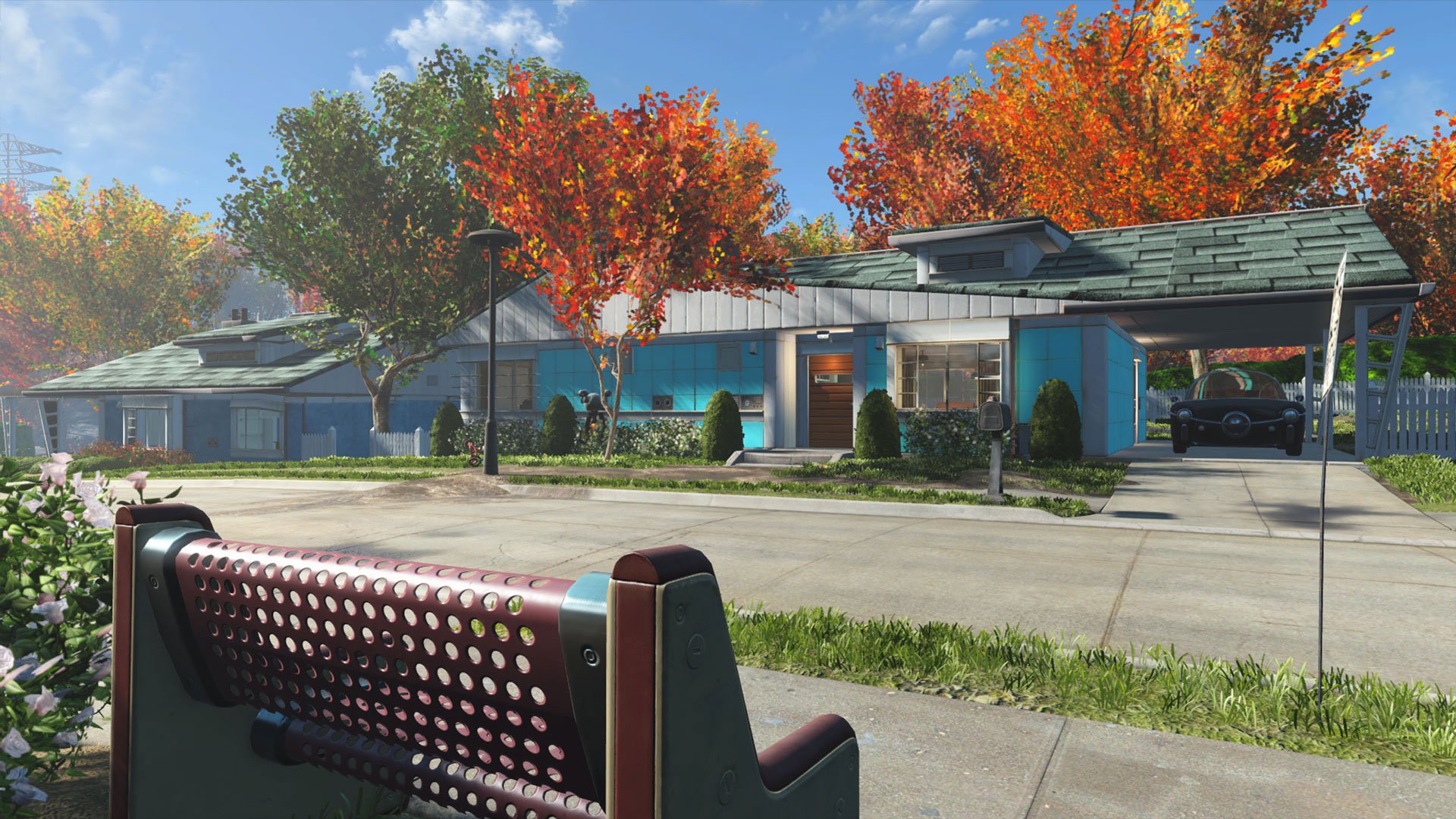 The Sanctuary by clip3000 doesn’t get as much attention as some other settlement mods. However it’s for sure one of the best. It completely returns the Sanctuary settlement back to it’s pre-war state. All the roads are fixed, plants are blooming, and the houses can be lived in again! Some people may say it takes away from the realism and immersion of Fallout, but I disagree. Download the pre-war sanctuary mod from Nexus Mods.

READ:  Where to Find Fallout 4 Save Location & Files 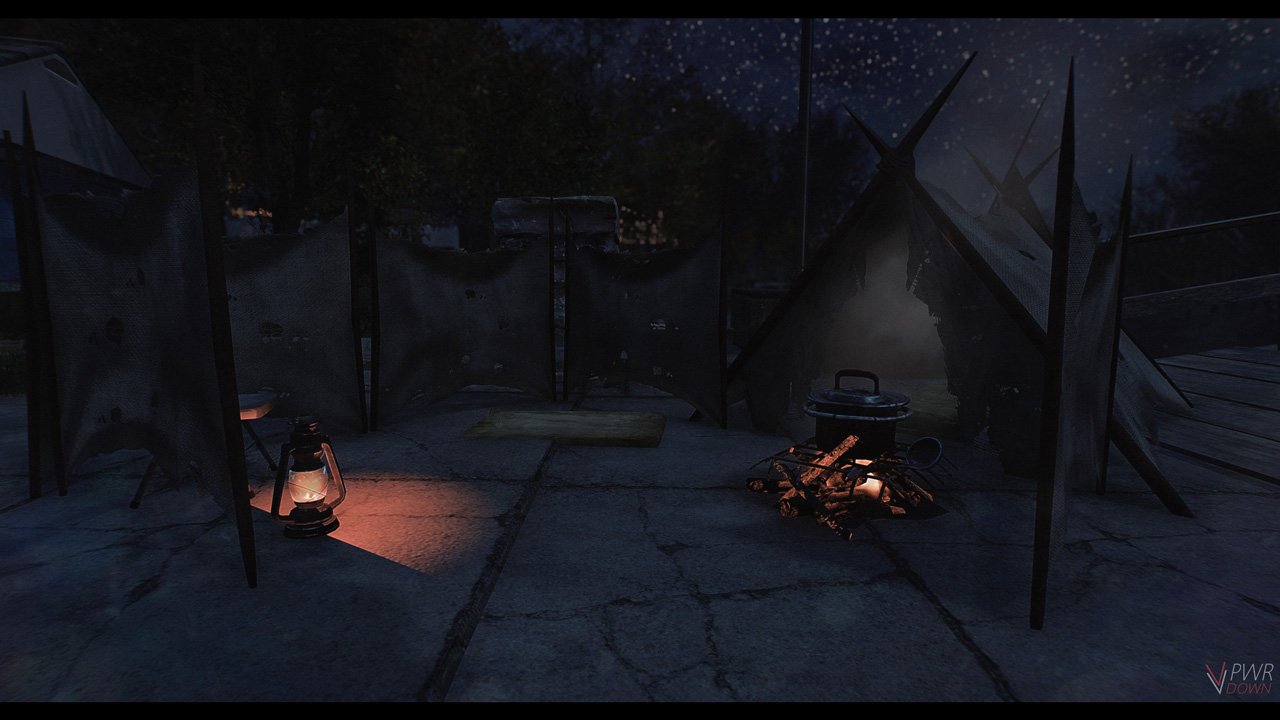 This mod is by fadingsignal and it’s great for anyone who plays the Survival game mode in Fallout 4. It adds many new craftable items, such as tents, sleeping bags, cooking stoves, lanterns, wind breakers and more. All so you can set up a place to camp each night. It’s a mystery why a mod like this didn’t exist in the base game, as it adds so much immersion and is a great addition to any setup. The objects can be a bit tedious to place, but still helpful none the less. There’s even a bed for your best friend Dogmeat. Download Campsites from Nexus Mods. 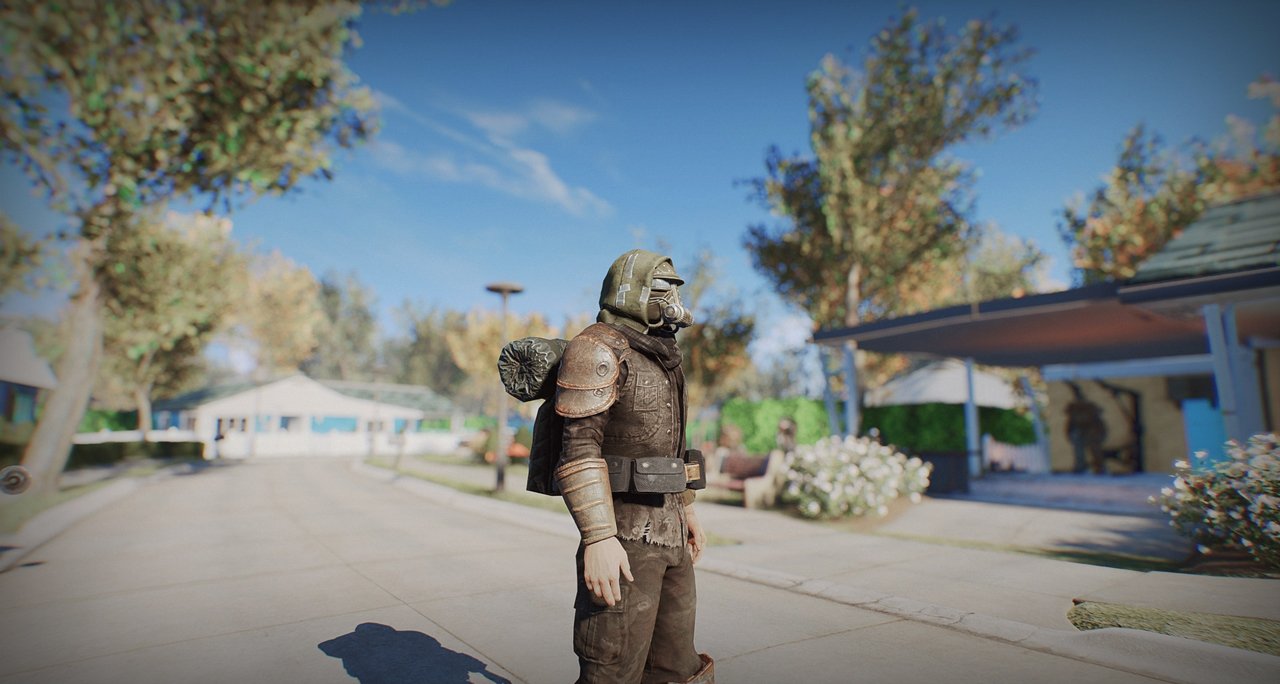 Again, how is this not in the base game Bethesda?! Carry weight is a huge problem in Fallout, we all struggle to manage it. Even with companions carrying our junk we run out of space. Thanks to Wearable Backpacks by Aldebran90, you can now create various appearance items that add carry weight. Definitely one of the Best Fallout 4 mods available, and no matter what your setup is, you should use this mod. From backpacks and belts to vests and bandoliers. Whats so great about this mod is all of objects are modelled and textured beautifully, and they don’t take up any important slots! Download it here! 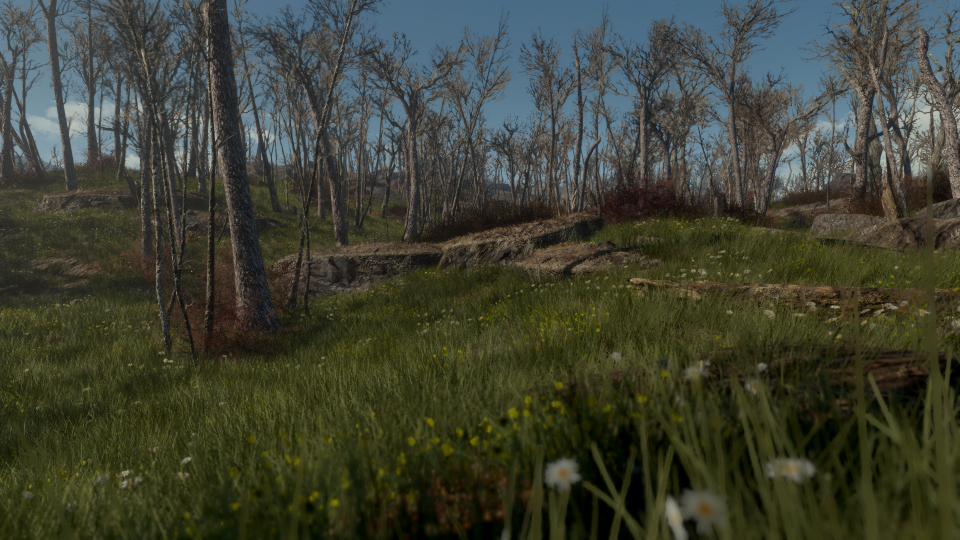 Grasslands by Doodlezoid completely revamps the appearance of the Fallout World. Instead of everywhere just consisting of death and rock, it adds life in the form of grass. This mod makes the game look stunning. The developer claims you may expect a small performance hit, however not too big of an impact. I’ve been using this mod myself for months now and haven’t noticed any issues with it. 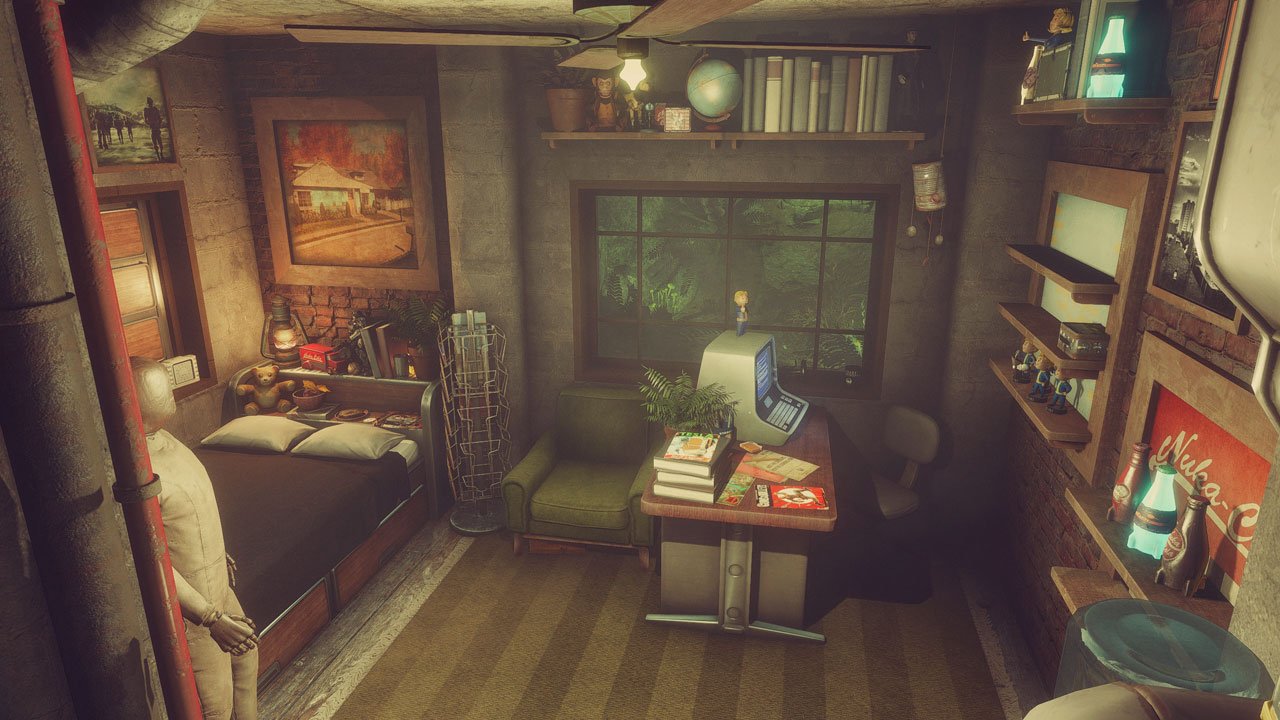 Sanctuary Bunker | Nexus Mods
Where else should you have a bunker other than your own back yard? Sanctuary Bunker Player Home by Elianora places a bunker entrance in the back corner of your yard, and it looks awesome. It has a lot of features such as a mirror to change your appearance, workbenches, working shelves, magazine rack, bobblehead storage and a lot more. Even if you don’t hang around in Sanctuary, it’s still great to have a nice place to call home!

Crossbows of the Commonwealth | Nexus Mods 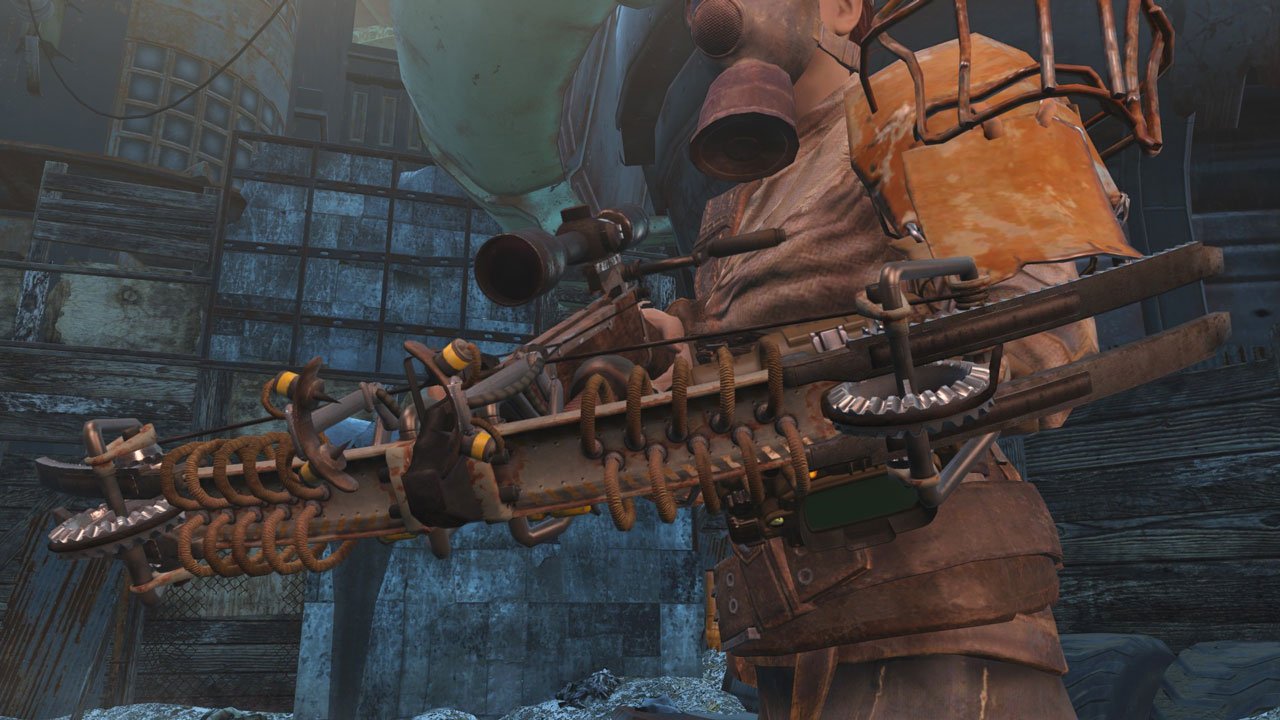 This mod by TrickyVein adds a new weapon to the game, the Crossbow. We’ve given this our number 1 spot because of how customizable it is, and just how great it looks. It truly is one of the best Fallout 4 mods available. It looks like something Bethesda created and added to the game themselves, it’s that good. The Crossbows are really easy to find, and once you’ve got one you’ll probably end up sticking with it throughout the game like me. Kudos to the developer on this one, a lot of work has gone into it! There are so many different crossbows and bolt types available to craft and upgrade.