In this post, we’re going to take a look at some of the Best Settlement & Building mods available for Fallout 4 on the Xbox One. These mods are all listed in the most popular and most downloaded section on Bethesda’s website.

Settlements are a completely new feature to the Fallout series. With it, you can build new settlements, towns and cities where you can send companions and other wasteland inhabitants to live. I love it personally, and spend most of my time building up settlements. Bethesda also expanded on the system a little in Fallout 76, with players using the C.A.M.P. 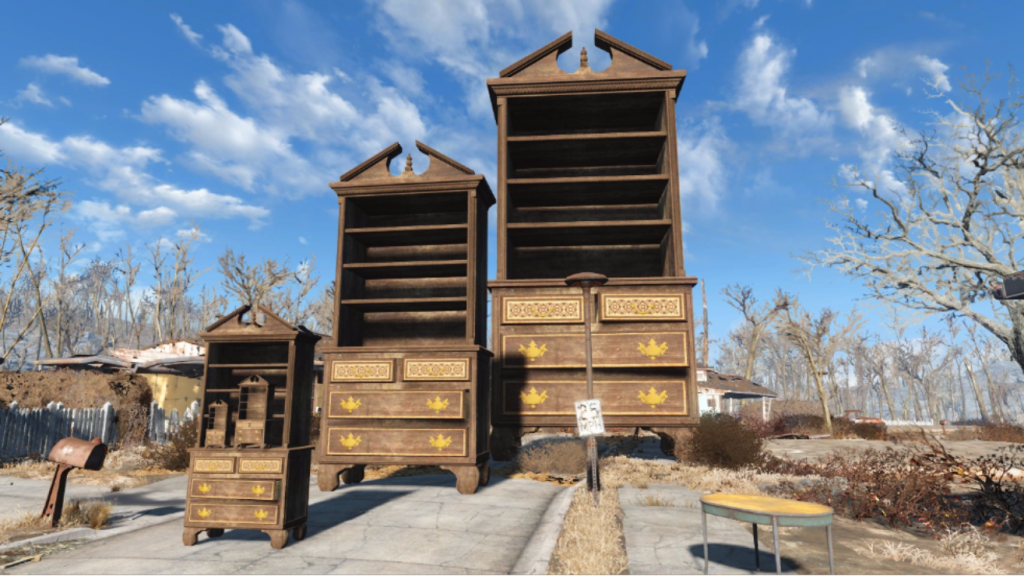 In my opinion, Place Anywhere is a must have mod on Xbox One if you enjoy settlement building in Fallout 4. Originally a PC mod, it has now made its way to console. What it allows you to do is place items down in the red zone, meaning you can place anything anywhere. It’s great for doing some precise settlement building. You can clip items into each-other, place items through walls and stack items on top of each-other. 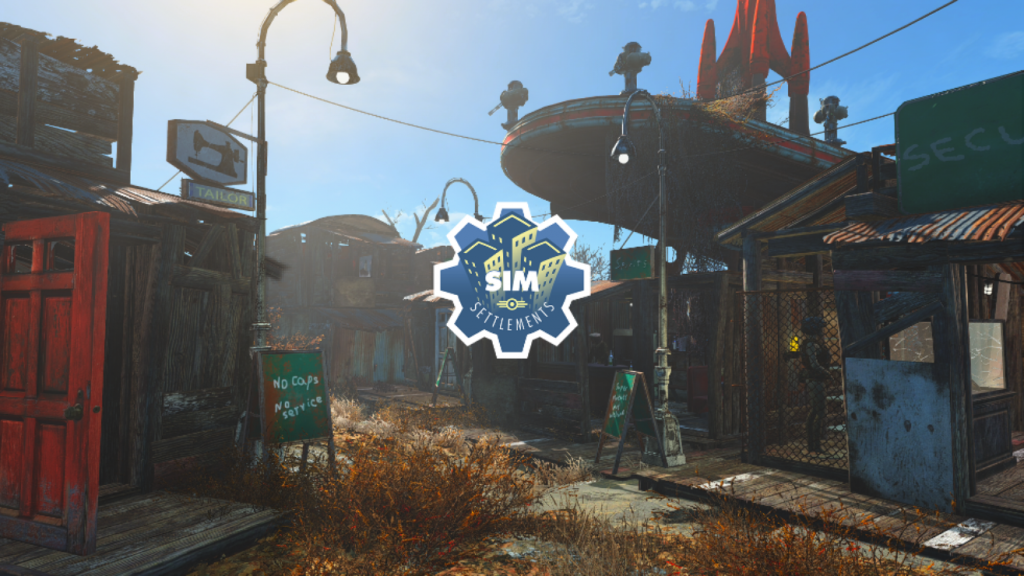 If you aren’t a big fan of the base building system in Fallout 4, then you’ll love Sim Settlements! Instead of you having to build up Settlements yourself, you can make settlers do it themselves. By placing markers, Settlers will build appropriate buildings over time. There are a lot of different styles of buildings such as farms, stores and houses. It’s a very in-depth mod and includes its own DLC, so you’ll need to watch a few videos to understand the mod. 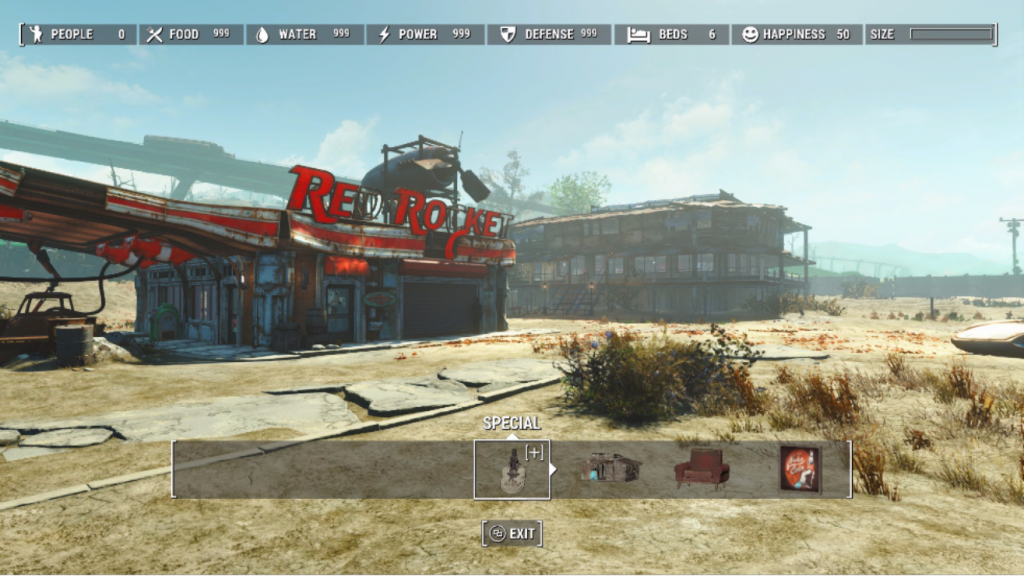 Another must have Settlement mod for Fallout 4 on the Xbox One is No Build Limit. As you’d expect, it removes the build limit from settlements that Bethesda has imposed. Now you can make your settlements as big as you want with an unlimited amount of items. When you build up your settlements, the size bar will fill up pretty fast. It’s completely removed with this mod, however too many items in your settlement might cause lag and FPS drops. 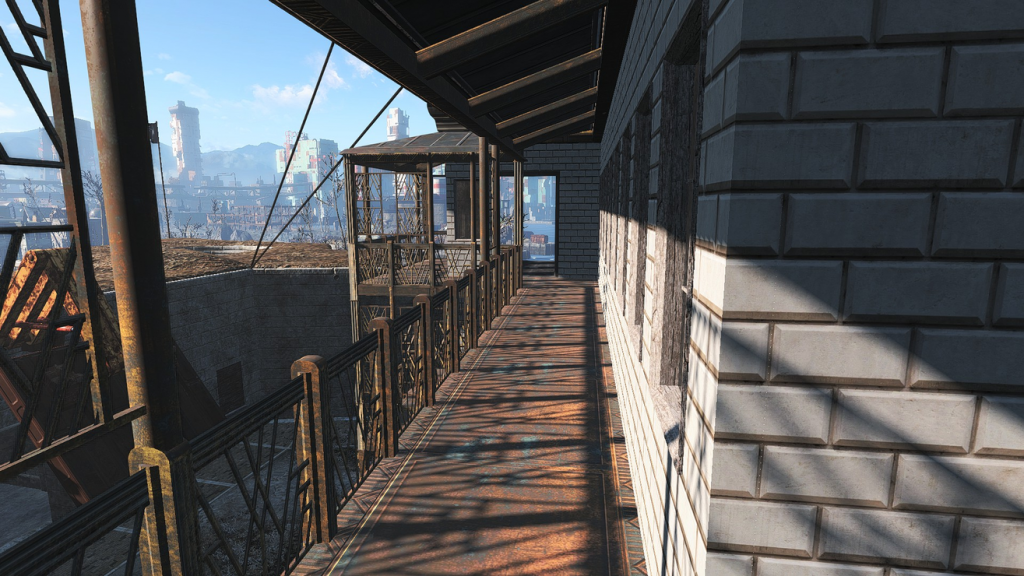 Snap’n Build adds hundreds of new building items into Fallout 4. The beauty of it is that all of the structural pieces snap together seamlessly, allowing you to make some great looking buildings. All of the pieces included with this mod can be found under the ‘Structures’ section of the building menu. I use this mod on my own play-through wherever I can. There are different themes to buildings, including real estate, green houses, factories, barns and more.

Do It Yourshelf – Clutter for Shelves 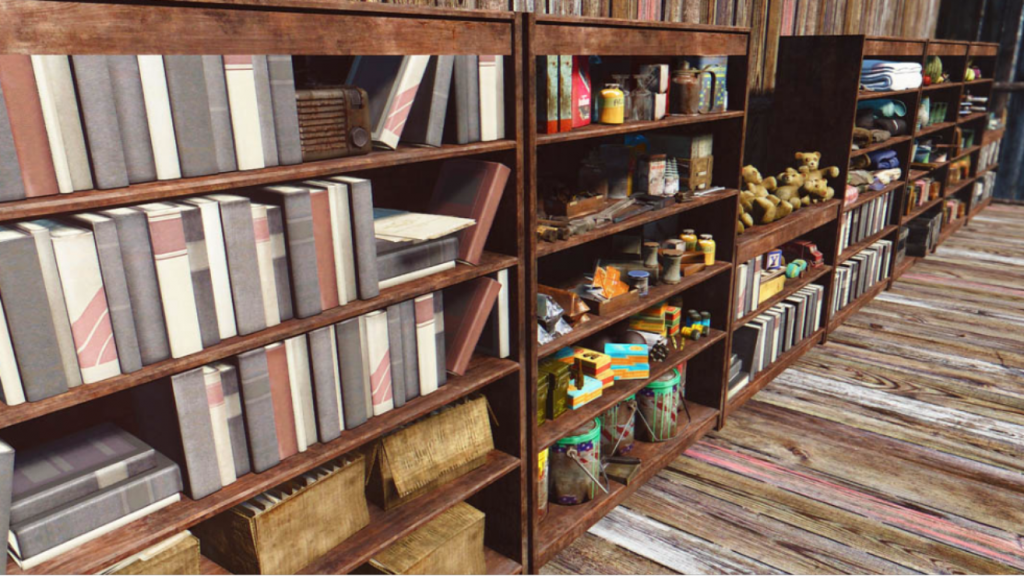 Our next Settlement mod if Do it Yourshelf. This mod helps you fill up empty book shelves and provide some more realism to settlements. After installing this mod, you will find premade clutter items in the building menu, which will simply snap into the shelf spaces. Items can be found under furniture > do it yourself. This is by far the easiest way to create clutter and actually make parts of your settlements look unique and lived in without doing much work. 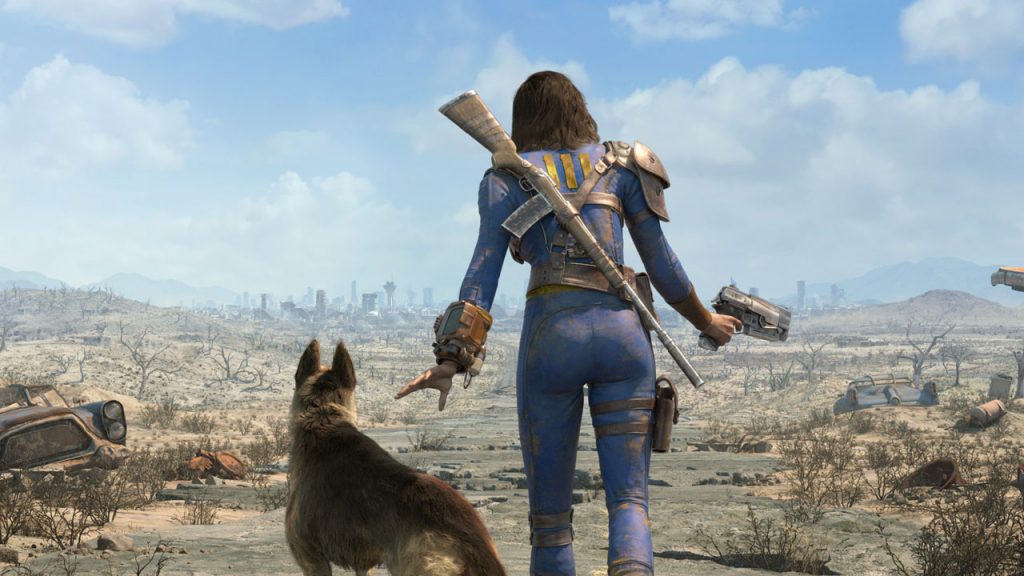 This mod adds a bit of cheating when it comes to Settlement Building in Fallout 4. Under the miscellaneous section of the crafting menu, you will find a shipment which can be placed down and then picked up or stored in the workshop. Doing so will give you 99999 of each resource which can be used for building. Obviously, this mod allows you to build in settlements for free, as well as upgrade any weapons or armor you want as you will now have unlimited materials. 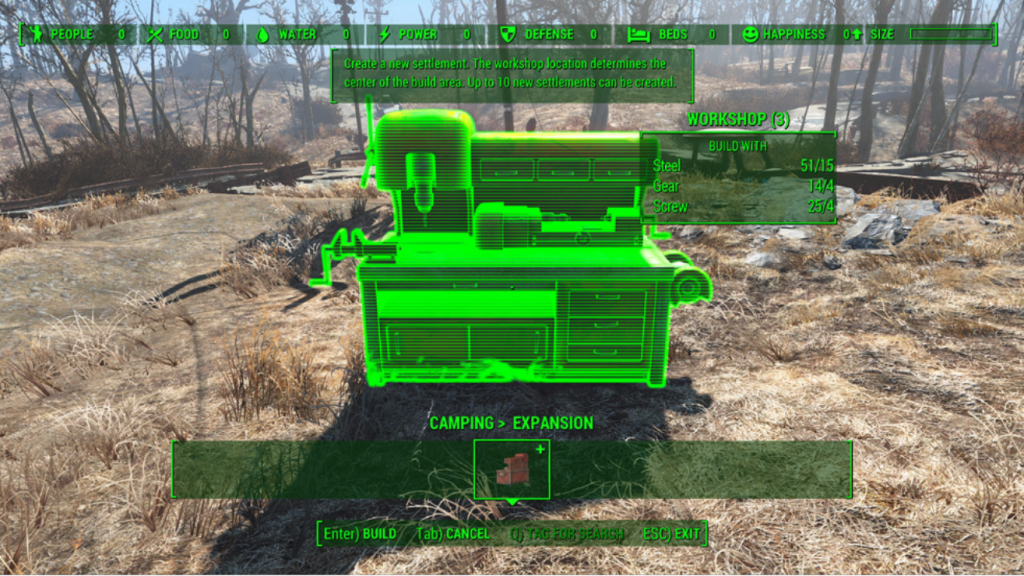 Conquest allows you to build new settlements practically anywhere in Fallout 4 on Xbox One. You can choose to build a small campsite to rest and make food at, or an entire settlement where you can build multiple buildings and recruit settlers. If you’ve found a nice location in the game where you’d like to build a house, this mod will make that a possibility! It’s definitely a great addition to survival mode, where it can take you a while to find a place to rest and upgrade weapons and armor. 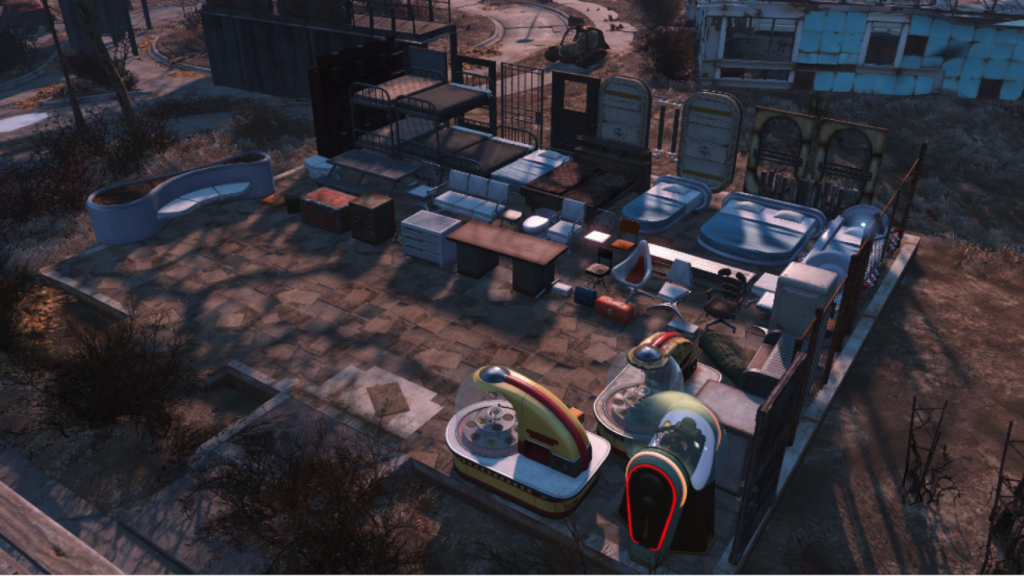 Settlement Supplies Expanded, or SSEX is one of the biggest furniture mods available for Fallout 4. It adds all new usable doors, beds, chairs, containers, lights and more which you can use in your settlement. They fit both the pre-war and post-war themes, and are organised into easy to navigate sections. It also includes some snappable items such as fences, and decorative items you wouldn’t normally be able to use such as trees and rocks. There are also a few interactive items including barber chairs and surgery chairs, where you can change the appearance of your character. 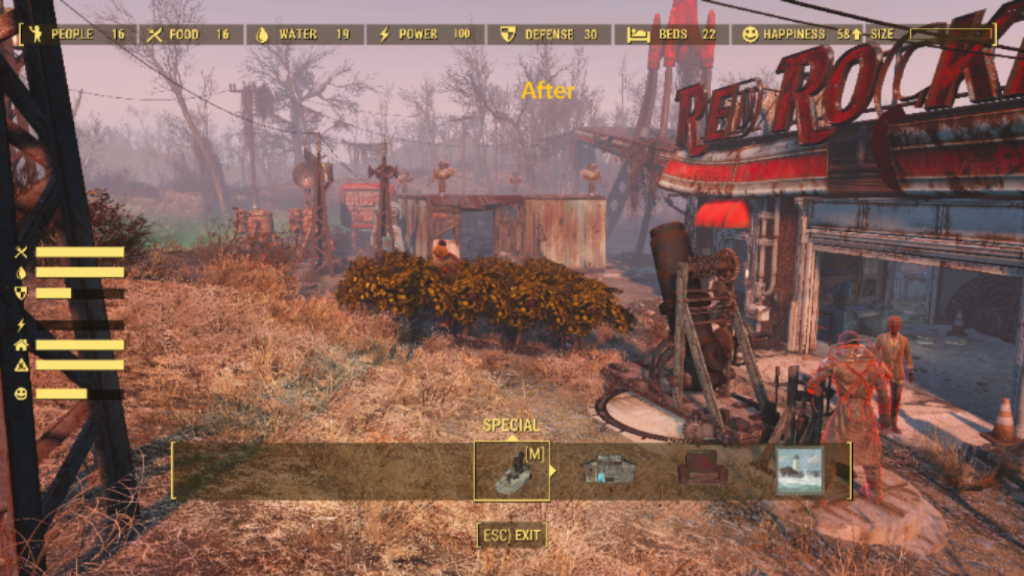 S.C.R.A.P stands for Settlement Cleaning Reveals Absolute Perfection, and is a mod that allows you to remove all of the extra clutter from your settlements. This includes scrap, grass, trees, vehicles etc. It offers support for all the settlements. There are a lot of items in-game that Bethesda have prevented you from scrapping, and this simply removes that limit. It will help free up space, open up new building areas and even increase your FPS if necessary. 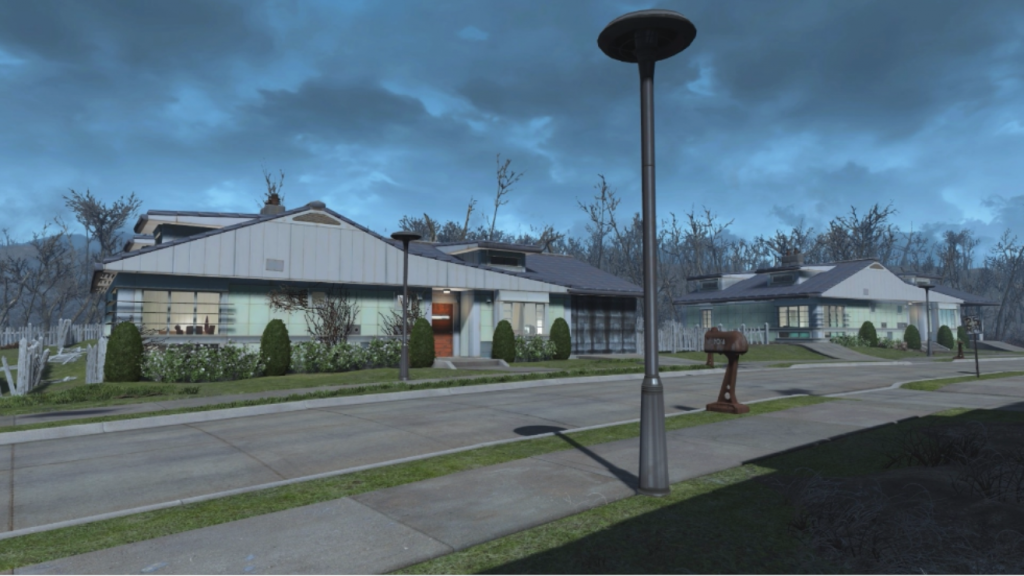 Our final Settlement mod for Fallout 4 on Xbox One is Custom Sanctuary Overhaul. This mod repairs Sanctuary to a more liveable, but also pre-war state. It replaces broken houses with the prewar player house so that they can be built in. Whilst fences, flowers and bushes have also been repaired. Finally, the Sanctuary Bridge has been replaced with a concrete bridge. Overall, it just looks much cleaner and a perfect place for your most-loved settlers to live in.