ADC stands for Attack Damage Carry. It’s a role played in the bottom lane, and is always accompanied by a Support. The aim of this role is to help carry the game later on, wiping out enemies and turrets.

Although this isn’t the case so much anymore, with ADC players often being wiped out instantly by assassins before a fight might even begin. Even though AP Champions are seen in the ADC Role such as Ziggs and Heimerdinger, we’re only going to look at Champions who build attack damage.

In this list, we’ve put together the Best ADC’s, ordered by their win rate. We’ve also covered a lot more content here at PwrDown for League of Legends, including guides & best-of content which you’re free to check out! 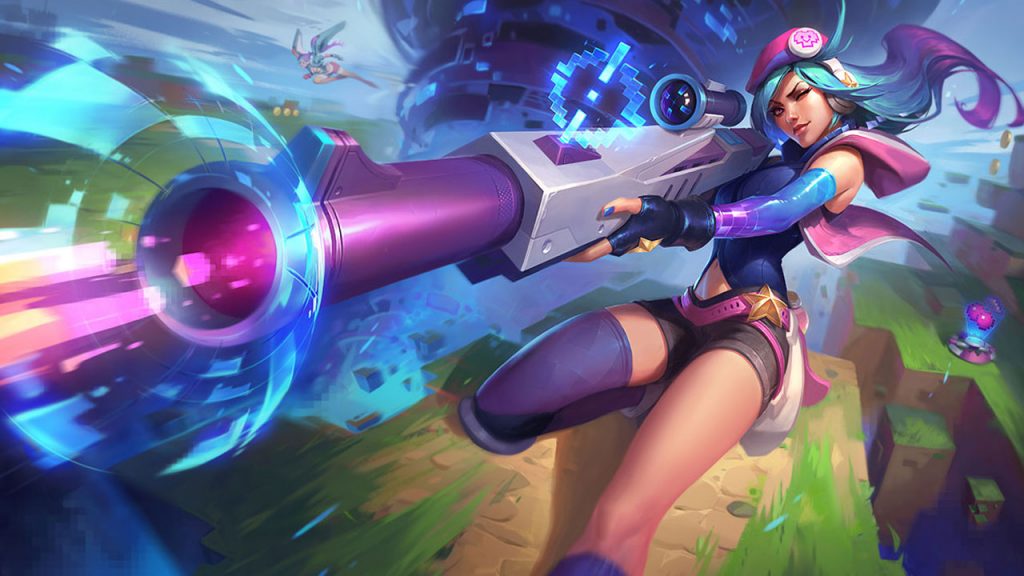 Caitlyn takes the top spot as the Best ADC Champion in League of Legends, as she has the highest win rate. There’s a lot of things that make Caitlyn very strong, such as her ability to place traps, high attack range and powerful attack combination of W, auto, E, auto Q which can usually take out enemies instantly.

Not only does Caitlyn have the highest win rate, but she also has the highest pick rate of other ADC Champions. You can expect to see Caitlyn in around 14.73% of games, and have a win rate of 52.17%. 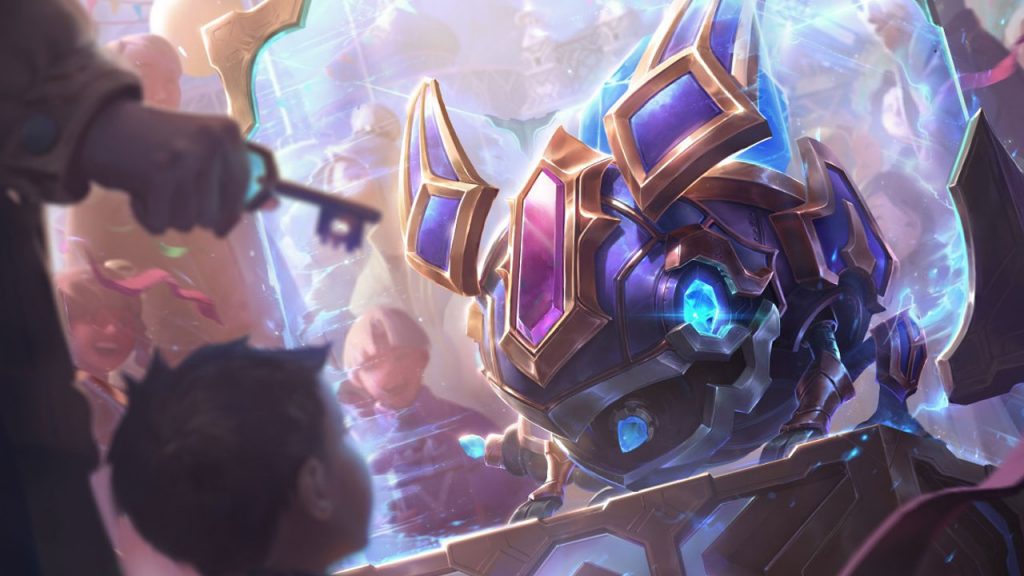 Next is Kog’Maw, who is a long time favorite. Kog’Maw becomes very strong once reaching level 6, as the ultimate ability will allow you to deal large amounts of damage to enemies who are far away. You’ll also be relying on attack speed, as having Runaan’s Hurricane is when Kog really excels.

At the time of this post, Kog’Maw has a win rate of 52%. It’s quite low really considering where only second in this list, which shows most ADC Champions are pretty balanced when compared with eachother. 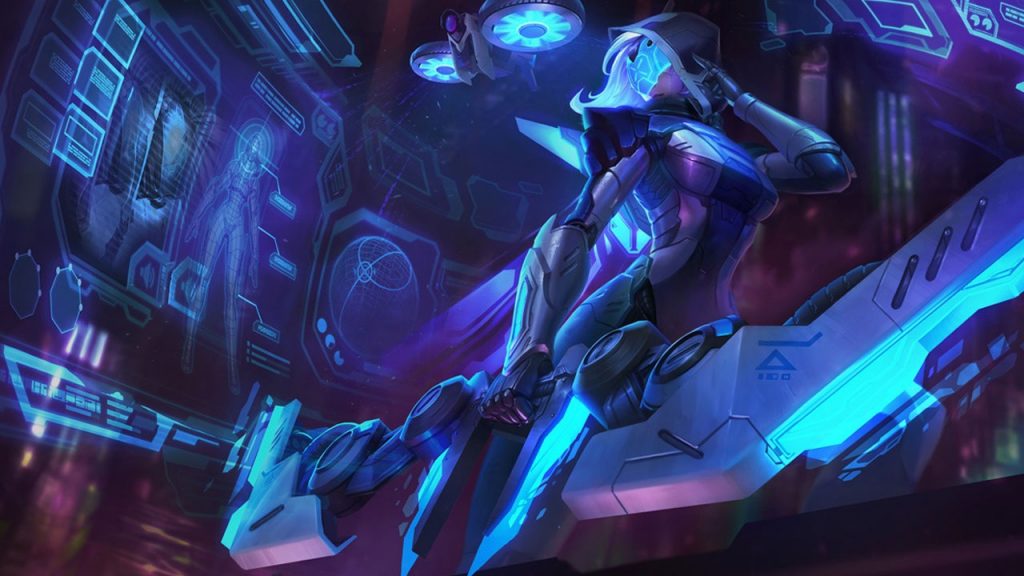 Ashe makes a great beginner Champion in League of Legends, due to her relatively simple skill set. She’s still a great ADC choice too. Thanks to her Q active ability, Ashe can quickly take down the health of some of the tankiest Champions, while her ult provides some CC. Early game, Ashe’s W ability allows for easy poke, although she’s a very mana hungry champion in general.

One of the best ADC abilities belong to Ashe, and that’s her ultimate ability which allows her to stun the first enemy hit, while also dealing a bit of damage and a slow. Currently, Ashe has a win rate of 51.28%. 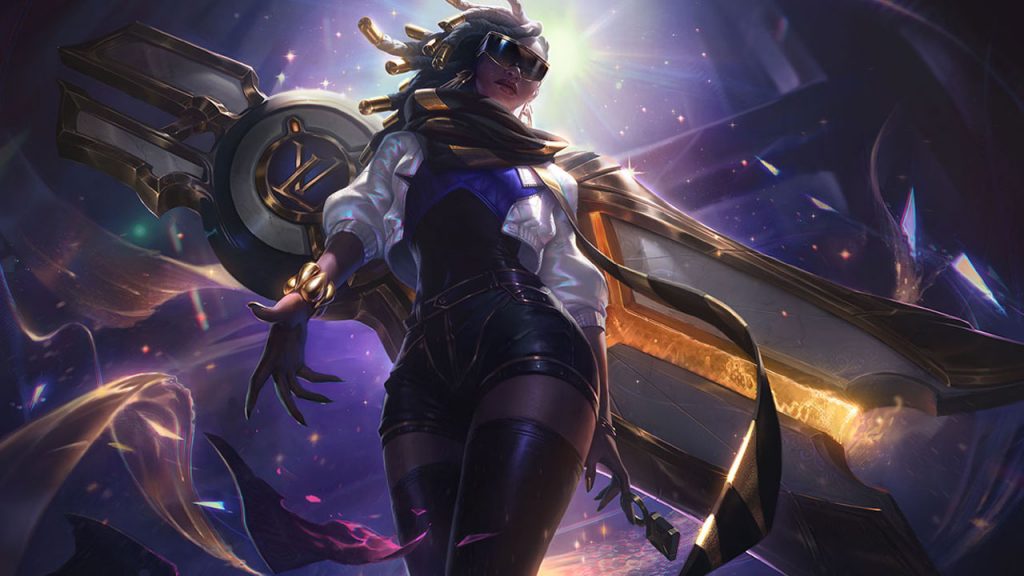 Senna is a new addition to League of Legends. Initially, she was supposed to be a Support Champion, but has also become a nice addition to the Supper role due to her kit helping her to stay alive in the bottom lane. Senna has a stun, speed boost and global ultimate which can also provide a shield to any teammate that it hits.

When it comes to win rate, Senna’s is 51.12%, and a bit higher than some other ADC’s who where made for the role. 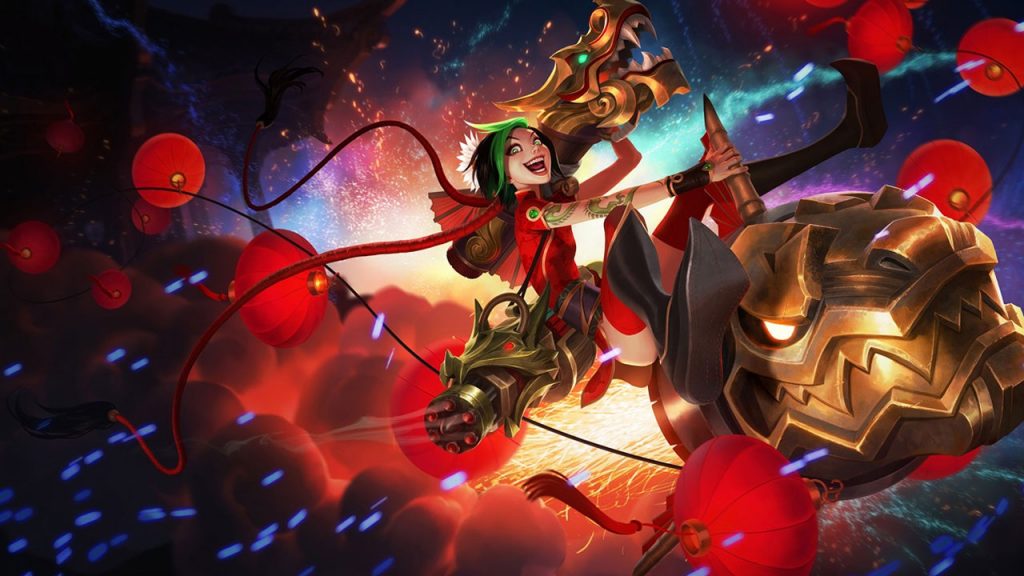 My personal favorite ADC Champion in League of Legends is Jinx. She has a lot to offer, including scaling attack speed, a slow, stun and an ult which deals high amounts of damage. When playing Jinx, it’s best to build Critical Chance, Critical Damage and Attack Speed.

With her Passive Ability, Jinx also gains a movement speed boost after collecting a kill or assist, making her one of the best ADC Champions with a win rate of 50.77%. 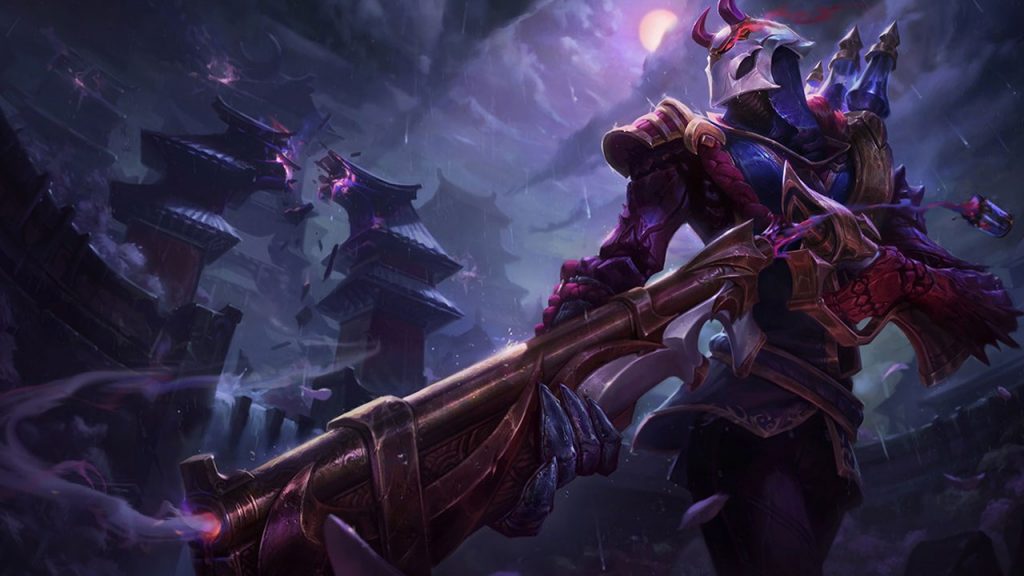 An ADC who has quite a high skill cap is Jhin. While having a stun ability, Jhin can only hit it as long as that champion has previously taken damage within the past few seconds, and it’s quite difficult to hit. Jhin doesn’t have attack speed either, and only having 4 shots before having to reload makes him difficult to master.

As well as being the third most played ADC in League of Legends, Jhin has a win rate of 50.61%. In my opinion, Jhin has one of the most interesting ultimate abilities out of all ADC Champions, where he can fire 4 shots within a large area. 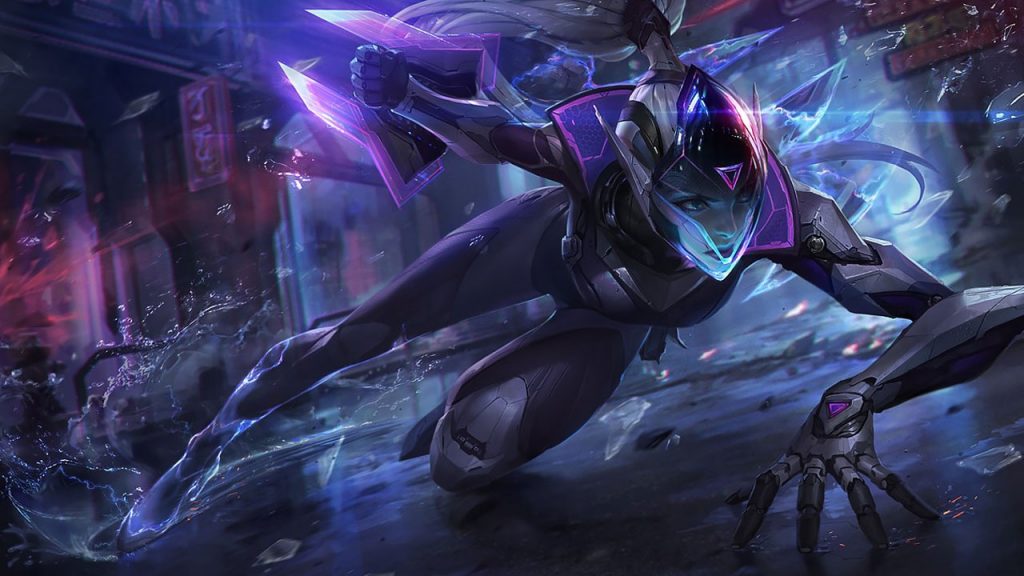 Vayne arguably has the most difficult skillset out of other ADC Champions, and she’ll often be featured in most montages. She does have a stun. Although the enemy needs to be pushed against terrain for it to work, while her Q acts as a leap ability. After every third auto attack, the next attack will deal additional damage too, which can help shred enemies with armor.

When combining her dash ability alongside her ultimate, it’s possible for Vayne to pull off some great plays, dodging many abilities and stunning nearby enemies. As of this patch, Vayne’s win rate is 50.56%. 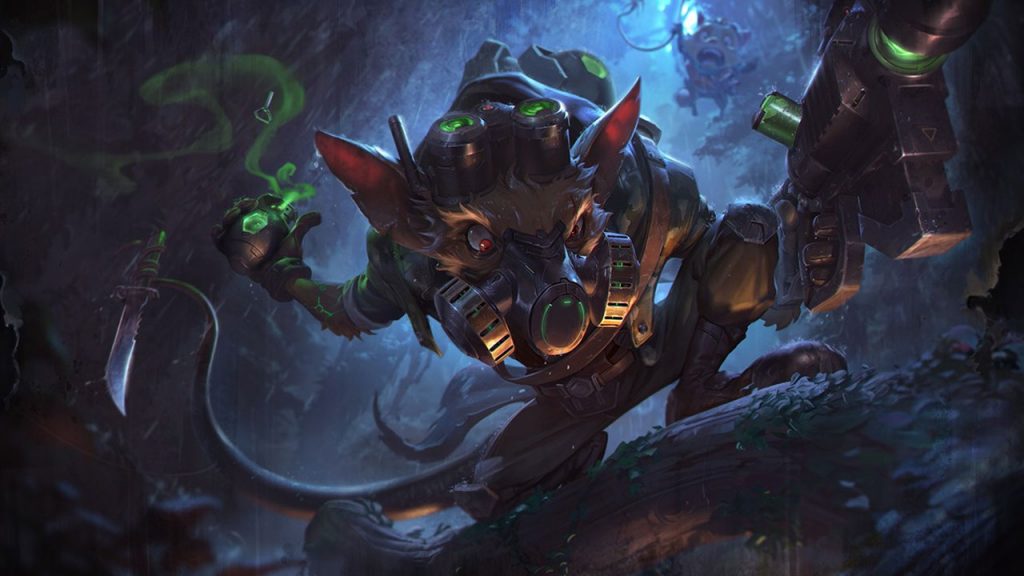 When it comes to the late game phase in League of Legends, Twitch is incredibly powerful. He can patrol throughout the map while invisible, sneaking up on enemies and dealing massive amounts of damage with his ult. Combine that with a Runaan’s Hurricane, and the entire enemy team will be shredded.

Twitch is the last ADC to have an overall positive win rate, at 50.45%. Sadly, if Twitch doesn’t get fed in the early game, he tends to fall of pretty fast and will die instantly in most fights. 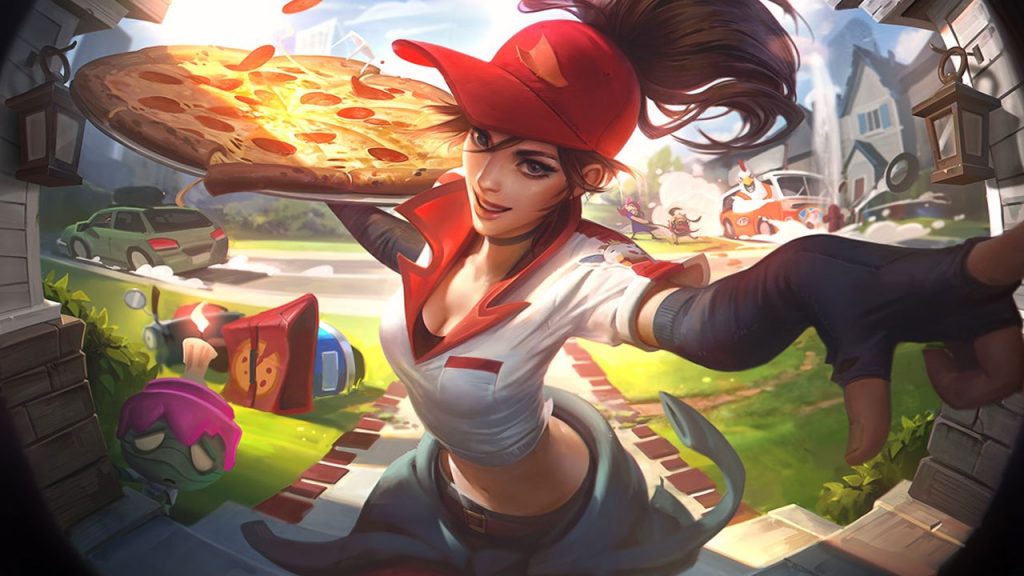 Sivir is a strong ADC, and can often get herself out of any bad situation. Her E ability allows her to cast a spell shield, preventing the next enemy ability from having effects on her. If this is cast successfully, then Sivir will gain a bit of Mana back, allowing her to stay in-lane longer. Likewise, if a fight gets too bad, Sivir can cast her ultimate which grants her and nearby team mates movement speed. 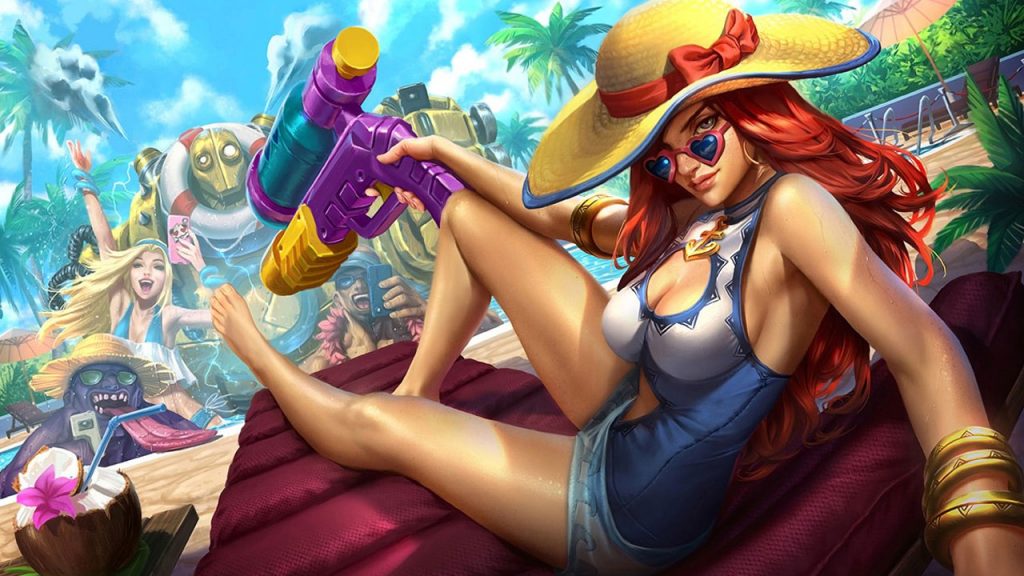 Finally, we have Miss Fortune. Her kit has a bit to offer, including a slow which is often used to try and poke enemies out of lane. But where she really shines is with her ultimate. Miss Fortune will fire a barrage of bullets outwards in a cone shape, dealing huge amounts of damage to enemies inside.

Miss Fortunes win rate is on par with Draven’s, sitting at around 49.38%. She can be incredibly powerful when grouped with champions such as Braum or Yasuo.