This list will show you some Seeds for Ice Spikes in Minecraft. Ice Spikes are a rare biome in Minecraft, which spawn in the Snowy Tundra. This Biome consists of large icicles and towers made out of packed ice. These spikes vary in size and design, with all grass blocks also being replaced by snow.

These areas are desolate, with no buildings or other structures spawning, so there isn’t much to see. However, animals such as Polar Bears and Rabbits will still spawn naturally in abundance. 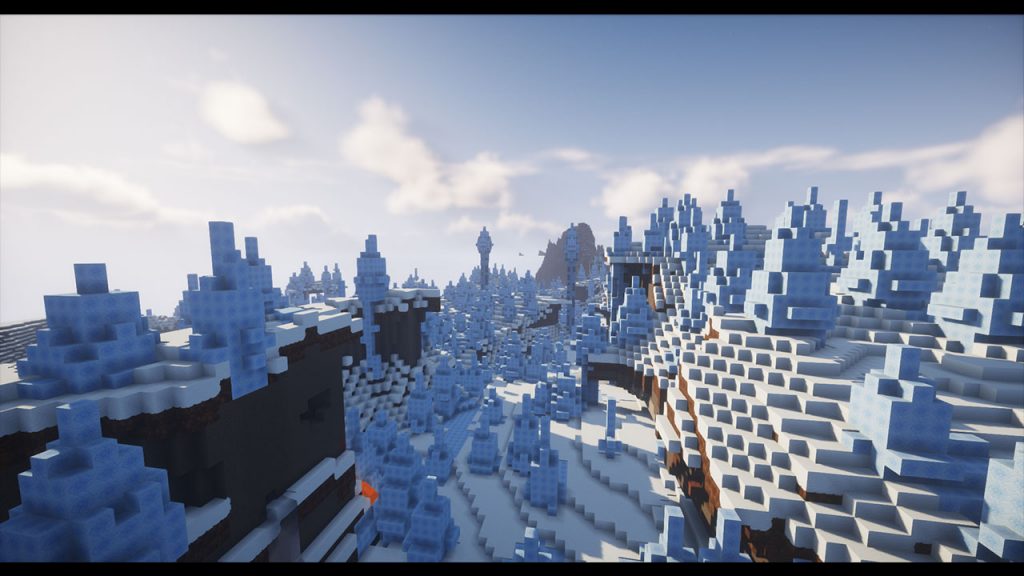 Seed: -1480999552033160404
Our first seed will spawn you on the edge of an Ice Spikes Biome. As soon as you spawn, you will be inside a plains forest. Walk forward a few blocks and you will see the scene above. It’s a good seed for building a base, as you aren’t trapped in the winter biome and have access to a lot of natural resources back in the plains forest. 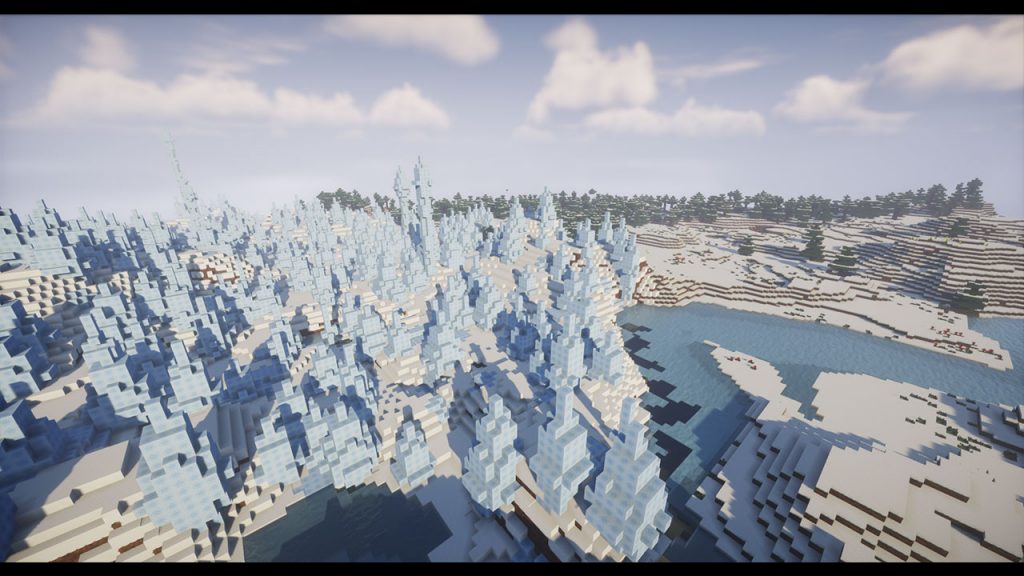 Seed: 143484348540383
When you enter the above seed, you will spawn in the location shown above. You will be right next to an Ice Spikes Biome. However, compared to the previous seed, leaving the winter biome could take a while. There doesn’t seem to be much greenery around, just snow. Far into the distance, you can see a Spruce Forest, where you can collect wood and food. 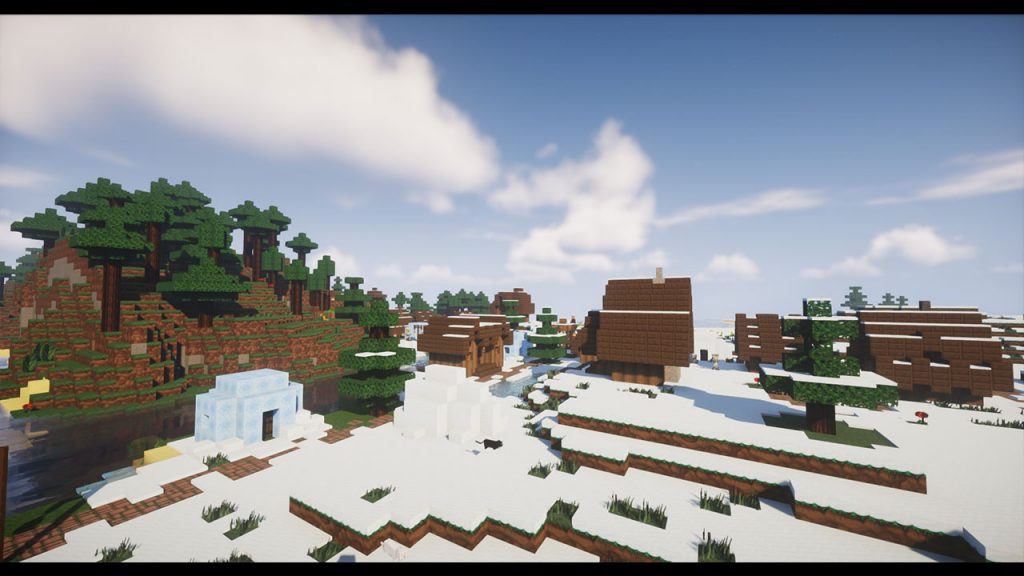 Seed: 1372204
After using this Minecraft Seed, you won’t spawn too close to an Ice Spikes Biome. Instead, you will be right next to a winter village which has an igloo. Here’s a good place to start, you’ll have access to food, shelter, defenses and trades with the villagers. Start walking North-East in game to find the Ice Spikes biome. 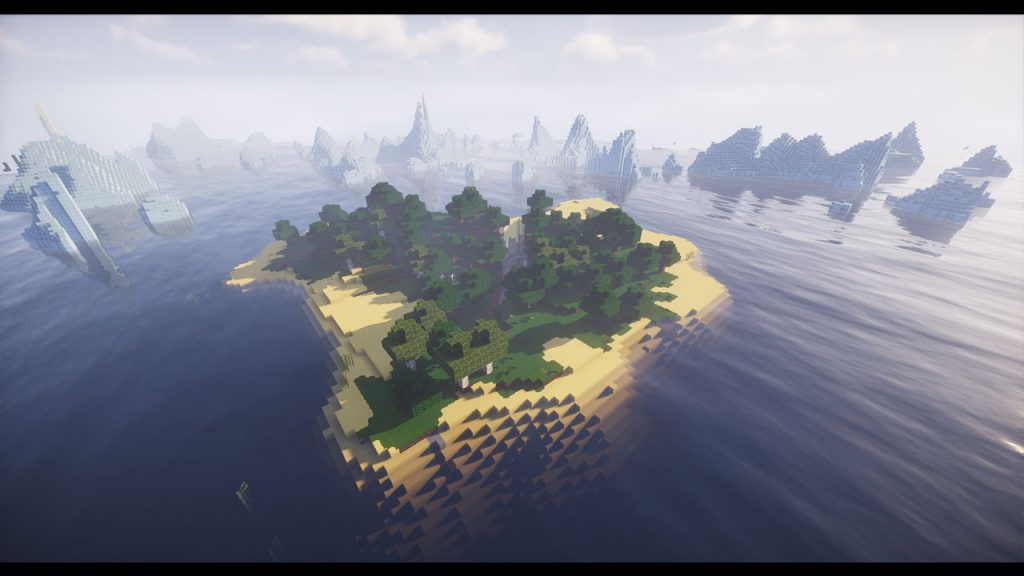 Seed: 109742003
Upon entering the above seed, you will spawn on the island shown in the above screenshot. There are all of the materials you need to start building a base, including a huge ravine cutting through the island which you can explore for loot and minerals. Surrounding the island is large Ice Spikes. I recommend building a boat for this seed! 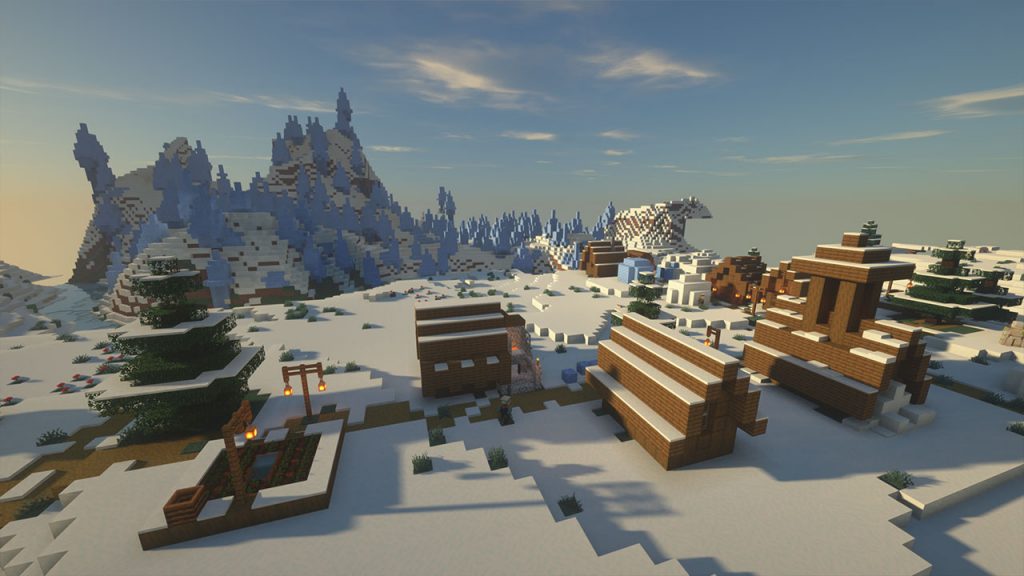 Seed: -4217530946196999346
The final seed to make this list will spawn you right on the edge of a Village in Minecraft. Not far in the distance, you’ll spot an Ice Spikes Biome which is covering the surrounding hills and mountains. As you spawn in a Village, it’s a great starting point, as you’ll have easy access to shelter, and there’s also loot which can be collected from the chests.