You will find yourself tackling more dangerous zombies, with some even being able to one shot you. Take a look at our map and guide for clearing Level 2 of Bunker Alfa below!

Below, you can see a map for Level 2 of Bunker Alfa in Last Day on Earth: Survival. This map took me a long time to make. The red line shows the route that you will take to clear the entire floor. Icons of boxes & lockers represent loot, green areas are doorways and there are a few other little icons such as terminals and valves.

When first entering the second floor of Bunker Alfa, you’ll see a giant ‘Floor 02’ sign on the wall. There are no zombies around at the moment, so head through the bigger door next to the elevator. It will take you into a long corridor (number 1 on the map). 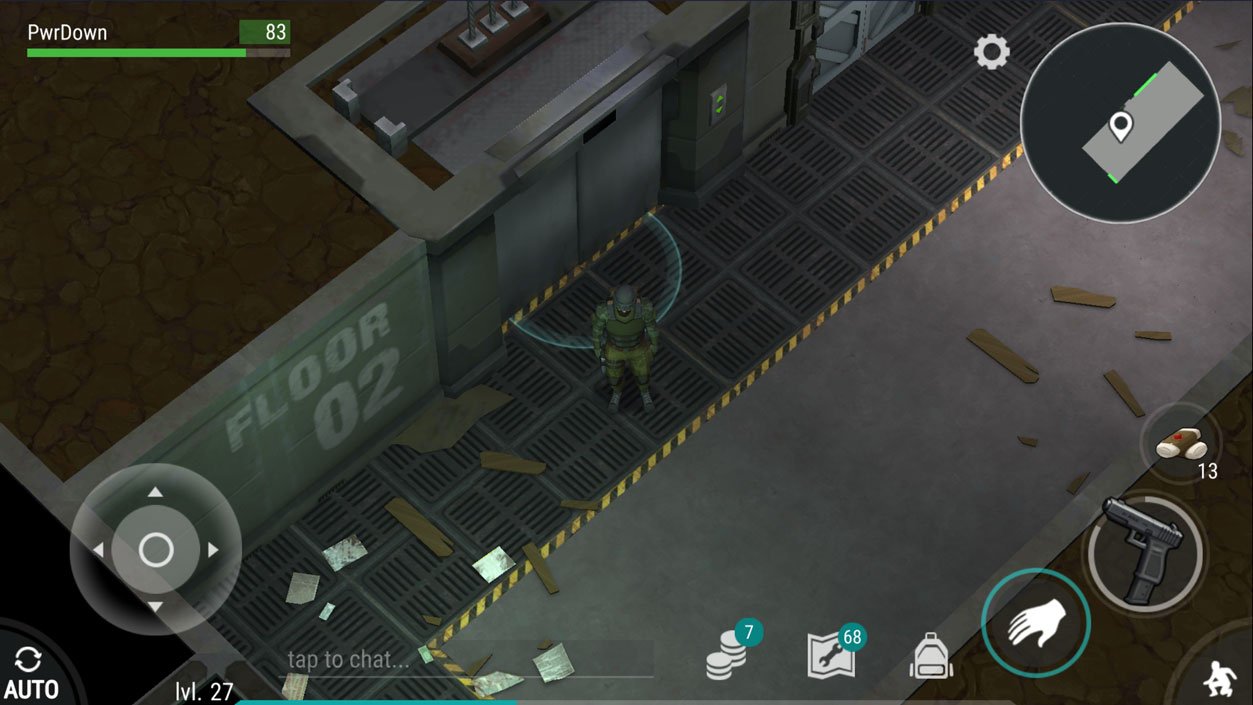 This corridor is safe. However the walls and floor are made of some strange flesh like substance. Stay as much in the centre as possible, as zombie arms try and reach you from the walls, and they will damage you. Your movement speed is severely reduced when walking on this type of floor. At the end of the corridor is a door. 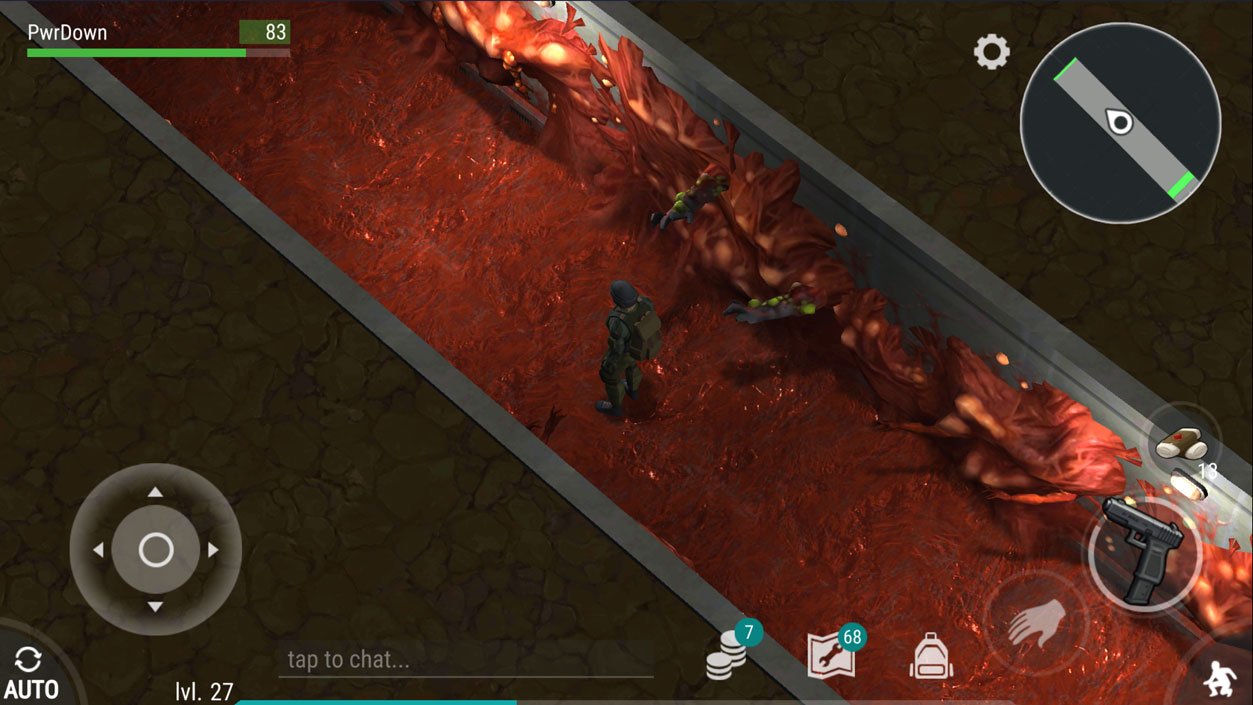 When you open the door, you’ll immediately be swarmed by around 10 roaming zombies, each with 20HP. They’re relatively easy to take out. 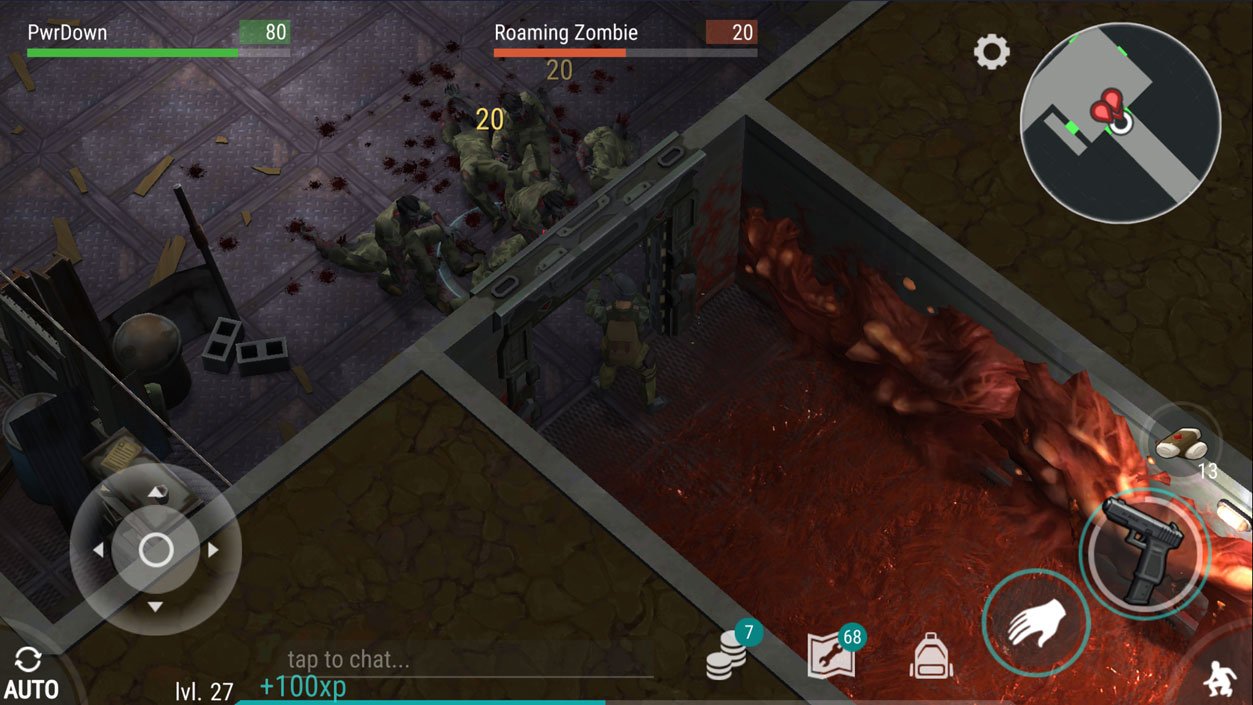 Once you’ve cleared the zombies, the room is clear except for a few bloaters and spitters in the corridor. I’d take them out before opening any other doors. 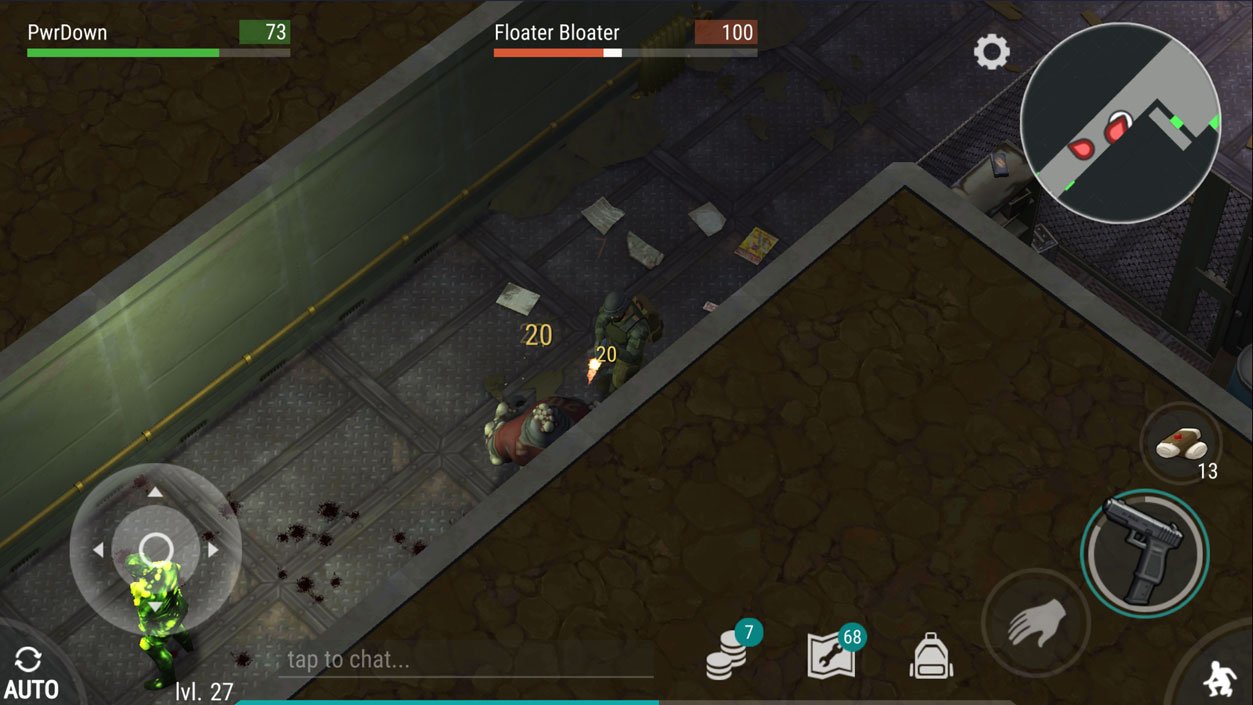 Heading back towards the entrance to the room and opening the nearest door (number 2 on the map), you’re faced with a ‘Frenzied Giant’. These are huge zombies, which move very slow but they will literally one shot you if you get within close contact. Frenzied Giants have 500HP, so can be a problem to kill.

Your best bet is to keep running backwards, gaining a bit of distance, shooting and repeating until its dead. I actually died to this big guy the first time round.

READ:  Getting the Vault Code for Bunker Alfa in LDE 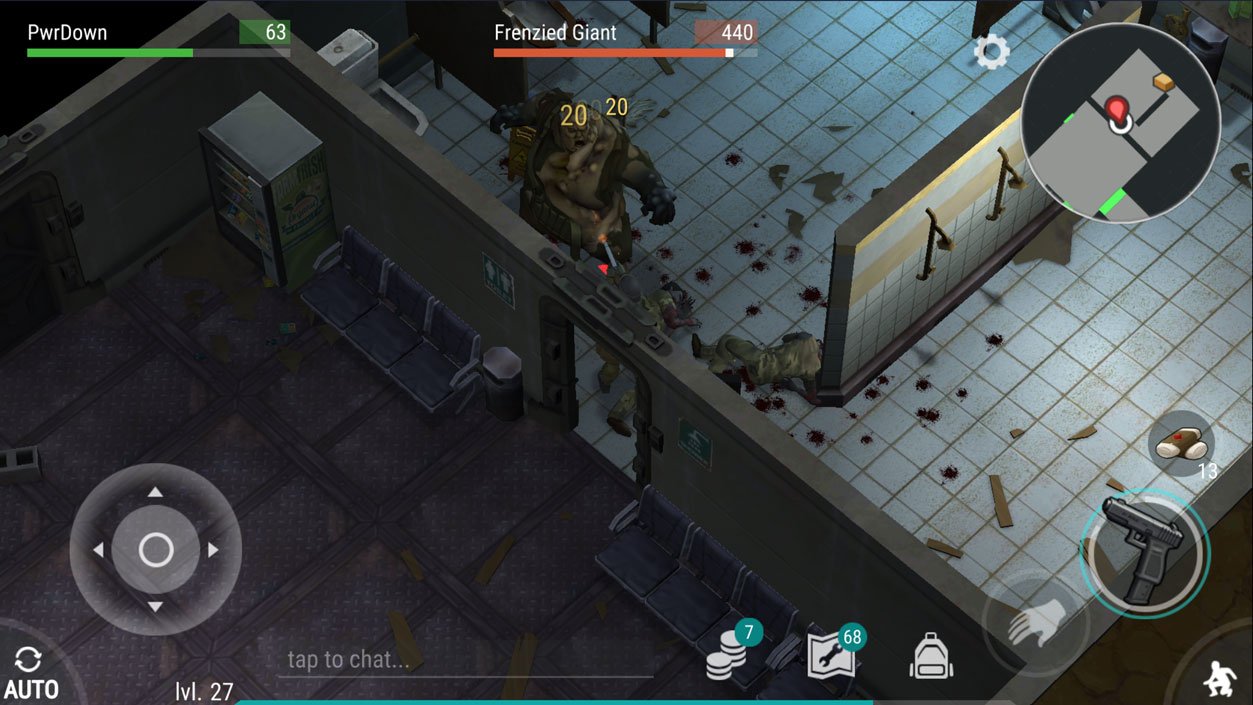 Now that you’ve sorted the Frenzied Giant, you can begin clearing out all the side rooms. It’s not necessary, but they do contain great loot such as rationing tokens. Opening the nearest room will release 2 toxic abominations, seen as number 3 on the map. 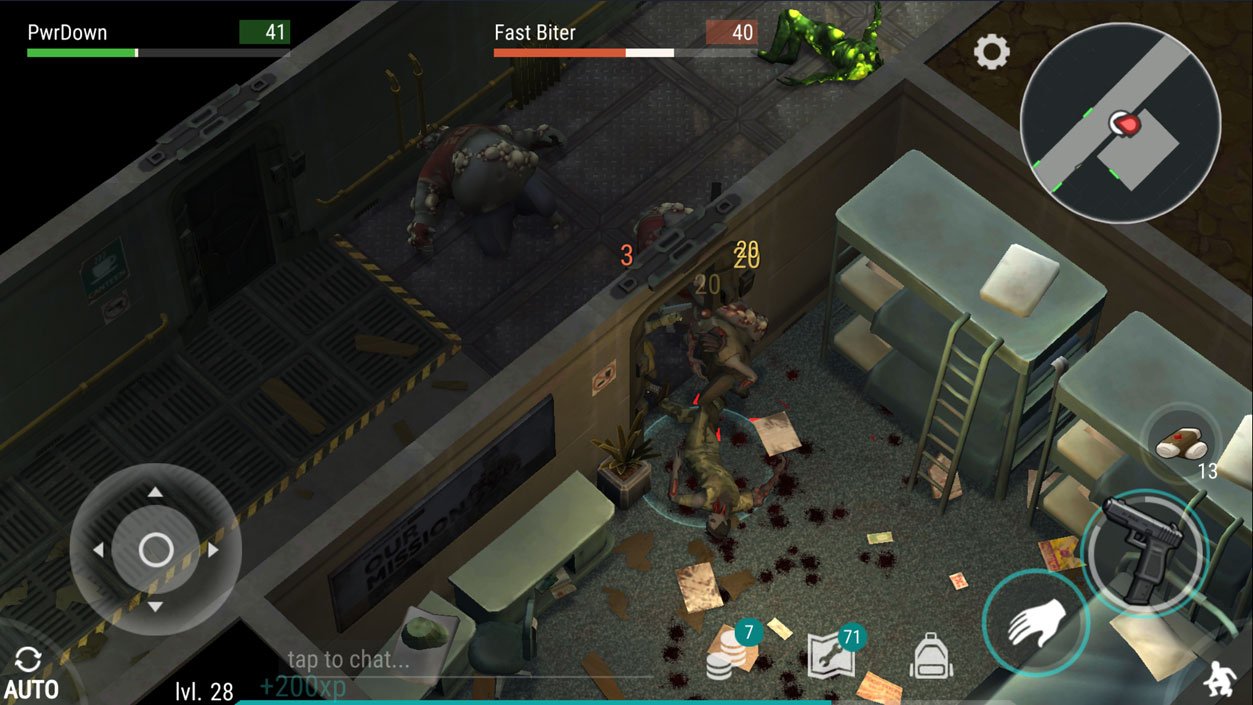 Clearing out room by room in Level 2 of Bunker Alfa, you’ll be faced with Fast Biters, Spitters, Roamers and Bloaters. Just work your way through. Soon enough, you are going to come across another Frenzied Giant, located in room number 4 on the map above. 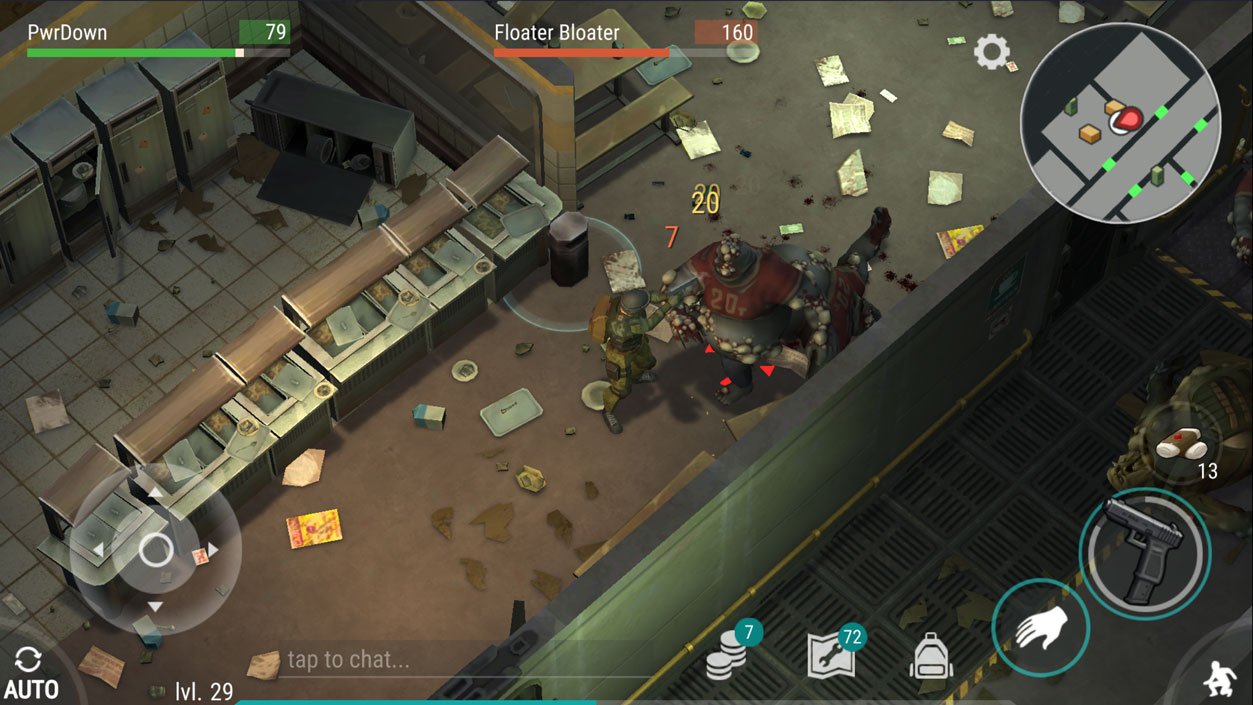 Eventually, you’re going to reach another long corridor, located at number 5 on the map. Pipes along the walls release hot steam which will injure your character. Twist the valve to disable them. 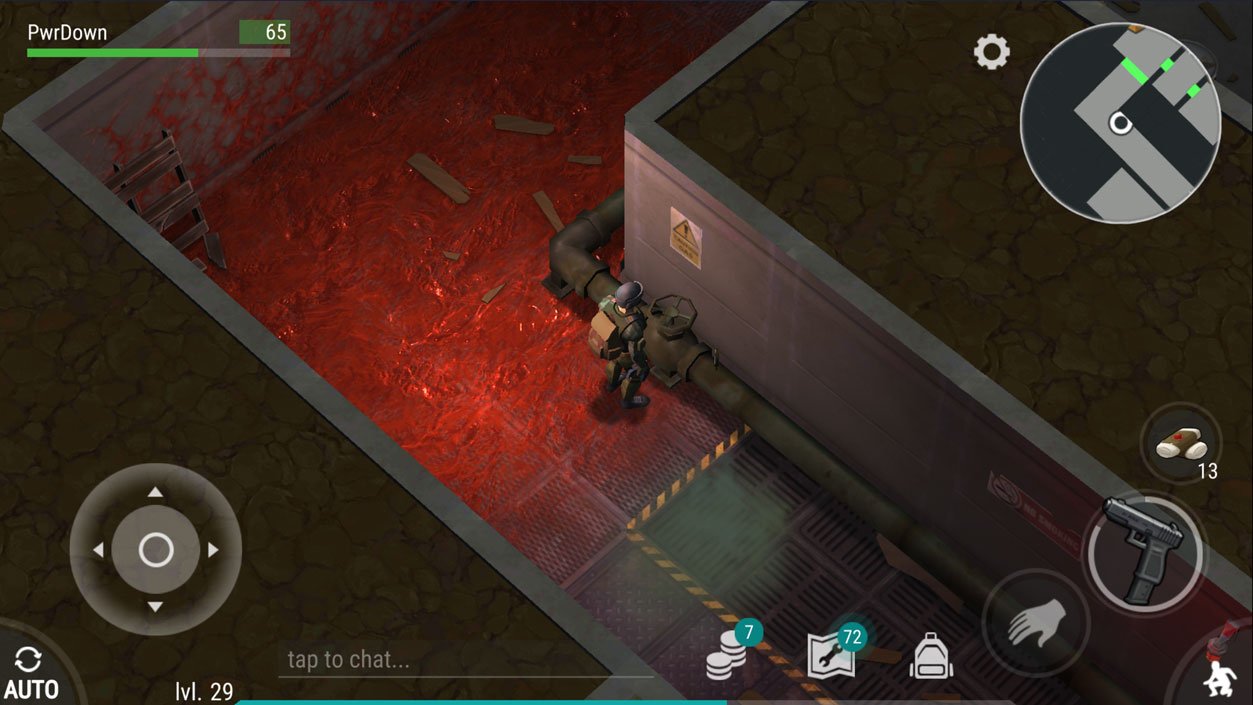 When walking down the character, you can see ‘The Big One’ locked in a room. He can’t get to you, nor can you reach him. Just walk past him. 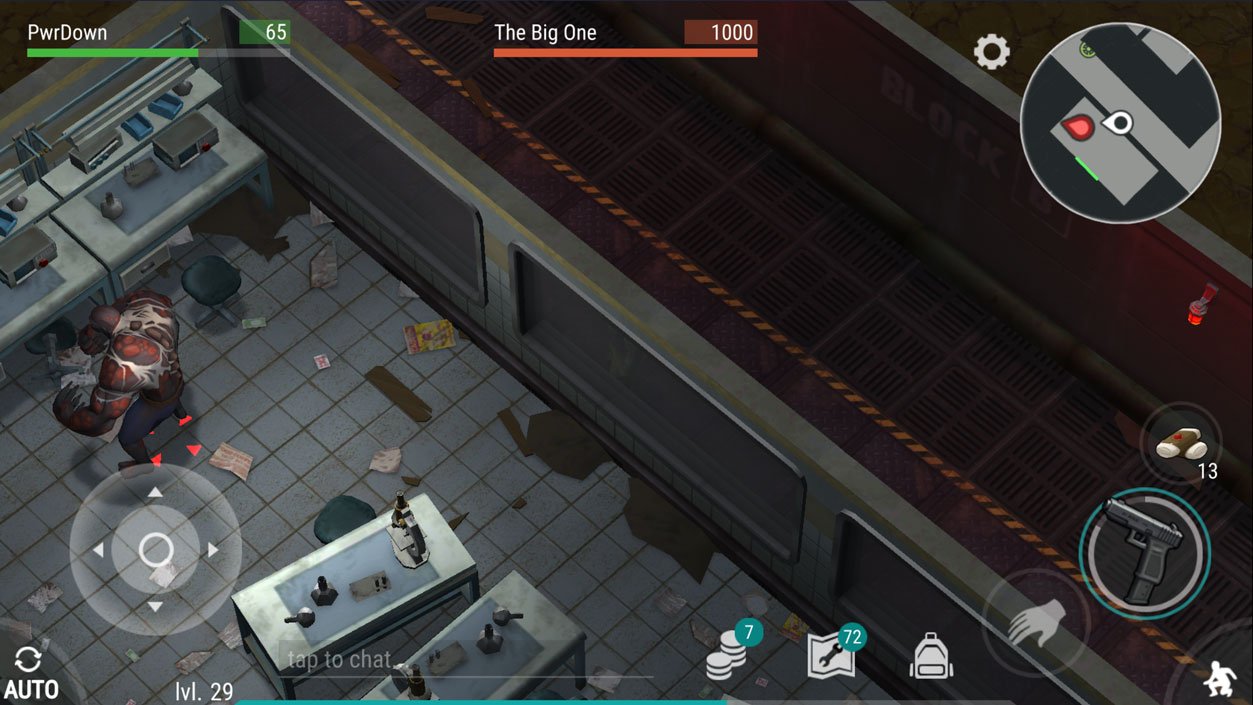 At the end of this corridor is a turret, which will damage you as soon as it sees you for a lot of health. If your weapon isn’t long range enough to take it out, just run past it, that’s what I did. Run towards number 7 on the map, which is to the right of the turret. 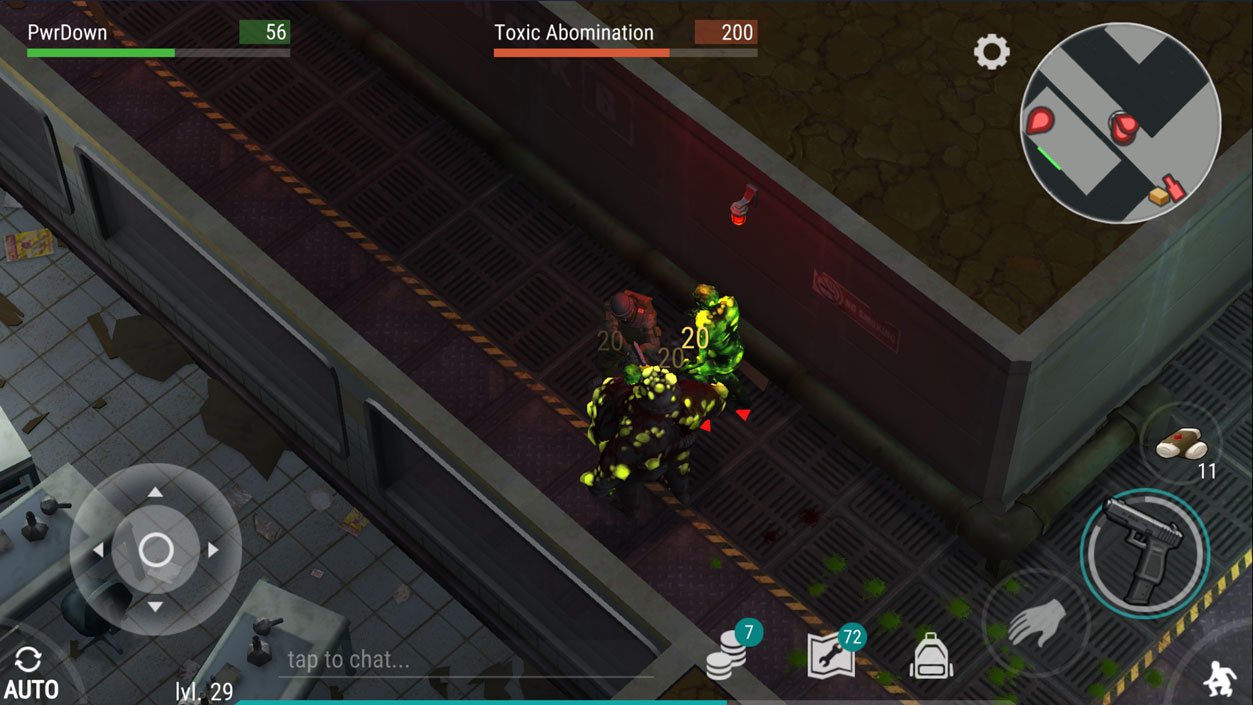 In this area are 2 spitters which you will need to take out. You can then clear out the side room if you wish, as it contains a locker with some loot. 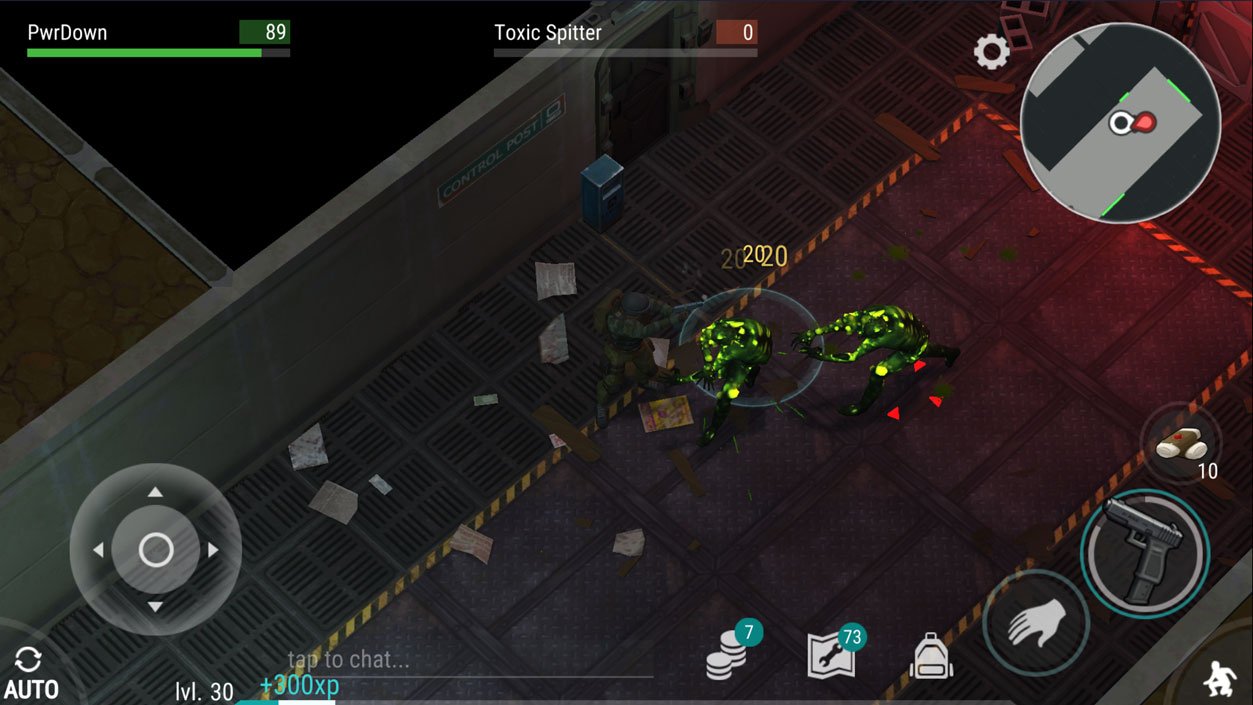 Opening the next door should bring you to another corridor seen as number 8 on the map. Again, steam will be coming from pipes. However this time, you can’t switch it off. You need to just time it right by only moving across when the steam stops. 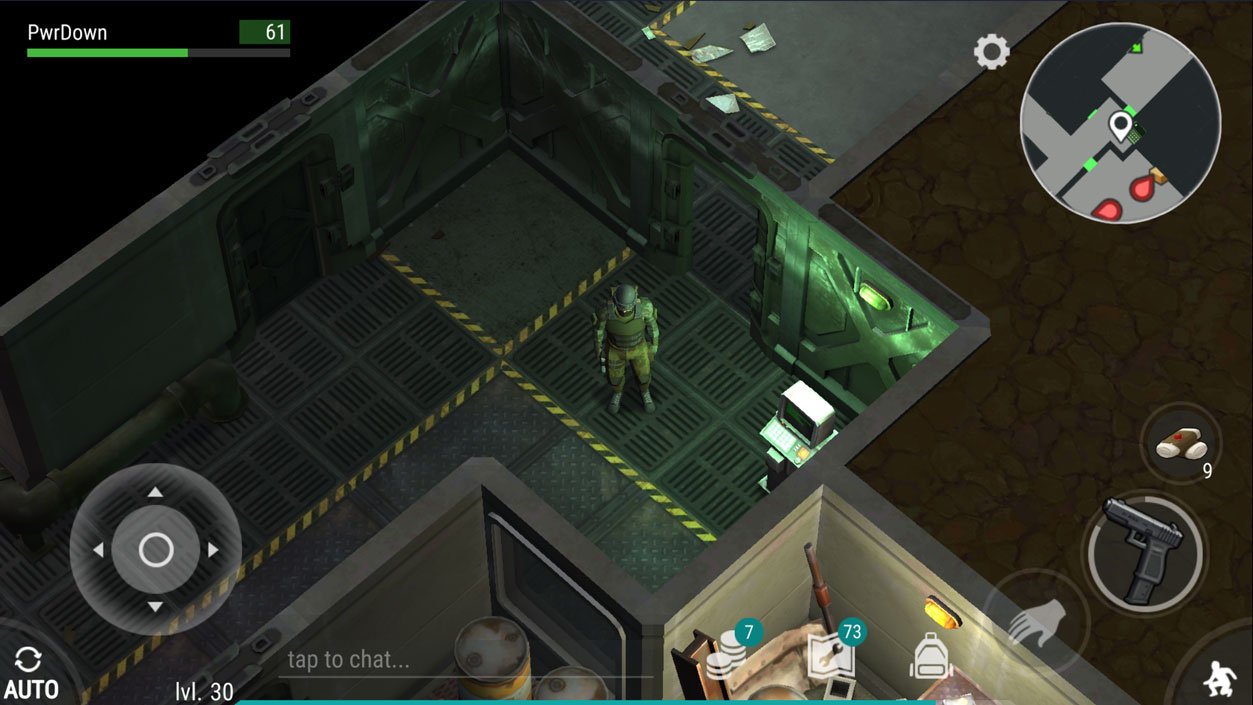 After reaching the end of the corridor, there may be a few zombies to take out. Also seen on your minimap is a terminal, which you can use to reach the elevator again. The room nearest to the terminal contains a Frenzied Giant, seen as 9 on the map above. 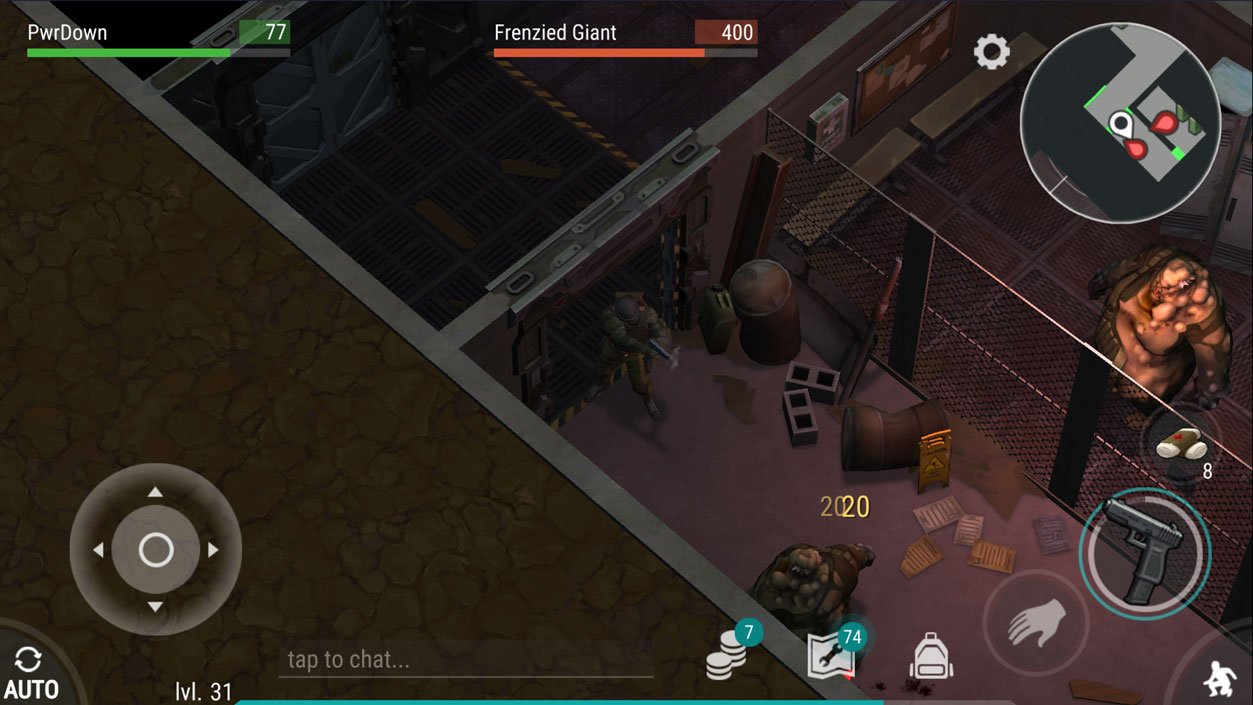 If you wish, use the map above as reference and finish clearing out Level 2 of Bunker Alfa. Room number 10 contains two Frenzied Giants. However one can be killed safely from behind the fence.

READ:  How to get Steel in LDE