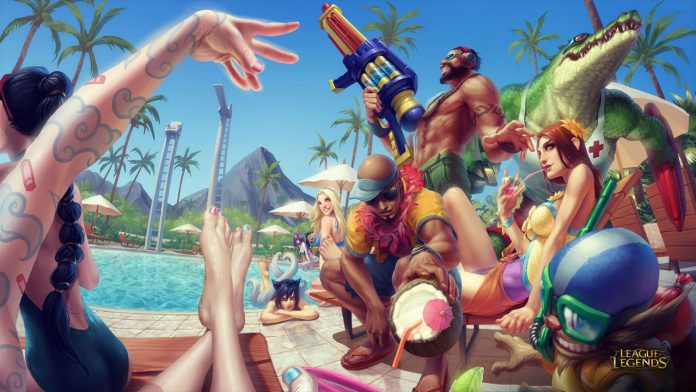 League of Legends is still one of the most popular game out there, with millions of players signing in each month to hit Summoners Rift. Although sometimes, the client won’t open when you first launch it.

There are a few potential fixes and solutions that each player can try. However if worst comes to worst, you may have to uninstall and reinstall the client.

In one of League of Legends recent updates, they updated the cursor into a higher definition arrow, from the original hand which was used for 9 years. We covered a post on how to revert to the original cursor here.

If you’ve run League of Legends and it isn’t opening, you could be facing the issue that it’s already open. Sometimes, games might open in the background, but not actually be visible.

Because it’s already open, launching it again won’t do anything. I’ve had this problem a few times, especially with Steam games. It’s worth checking out anyway. Open up your task manager by pressing CTRL, ALT and DELETE.

Check to see if League of Legends is in the process list. If it is, end the task. You can also take a look inside of the ‘Details’ tab, to see if it’s running there. After ending the task, try launching League of Legends again, it should open this time hopefully.

If you can get into the login screen of the League Client, you can run the repair tool which should help with any problems you may be having. In the top right of the client, click the cog icon which will open the client settings.

One option is ‘Initiate Full Repair’. Doing this process can take a while, but it will validate your League of Legends installation and make sure it’s all up to date and functional! If your struggling to boot into games or get past the login screen, this solution should help.

Here are a few other solutions which may be preventing League of Legends from launching and starting up. If none of these work, you are going to need to go onto the next step, which is uninstalling and reinstalling the client.