Lonely Lodge is a secluded area at the far Eastern side of the map in Fortnite Battle Royale. It’s relatively close to Wailing Woods and Retail Row.

Lonely Lodge doesn’t seem to be a popular landing spot. A lot of times, you can get the entire area to yourself which is great. Although I’ve never had a game finish there, so expect to do some running.

In this post, we’re going to show you each chest location in Lonely Lodge, helping to maximise the amount of loot and rewards you can find! In total, there is a possibility of 12 chests spawning in Lonely Lodge, and it’s all yours for the taking.

If you want to see more Fortnite Chest Locations, here are some other areas we have covered: 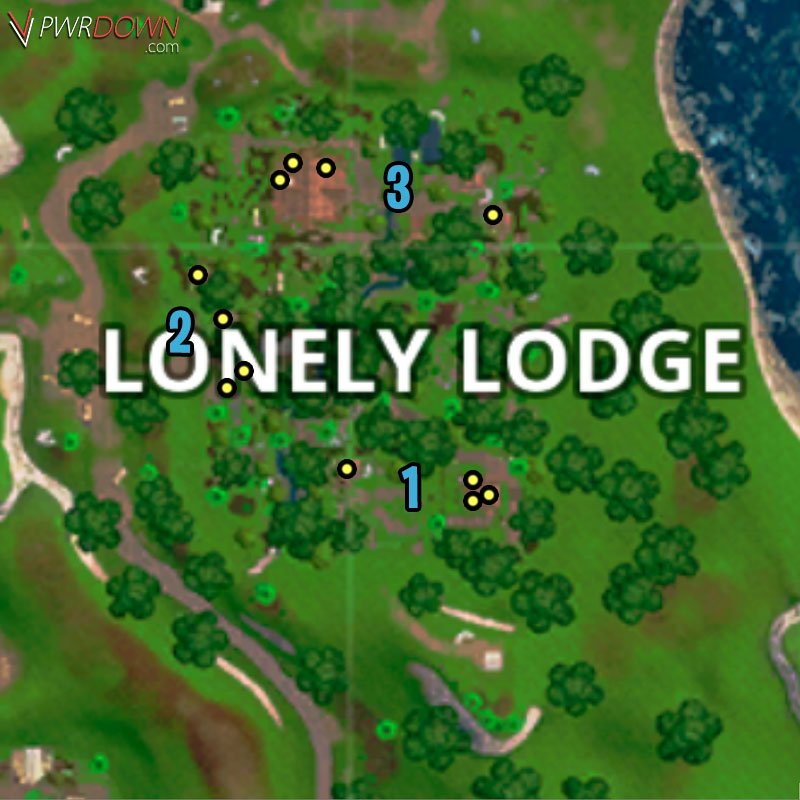 Starting with Area 1 on the map above, we have four chests. Three of these chests are on the lookout tower. Although the chance of having all three spawn is slim.

Two of the chests can be found on the highest level, one inside and one on the walkway. Whilst the other chest can be found just below the main room, in the centre of the tower.

There is one more chest in this general area, found just West of the tower. It can be found in the roof of a small shack.

Moving on to Area 2, located on the Western side of Lonely Lodge, we have another four chests. Two of the chests can be found outside, with the other two inside buildings.

The outdoor chests are close to each other. One can be found on top of a hill at a campsite, with the other one possibly spawning below it in a small cave.

Finally, two other chests can be found in two different buildings. One is found in the roof of a small shack, and the other on the ground floor. This area is probably the hardest for locating chests.

Finally, we have Area 3 which has the main lodge. Around this area, we have another possible 4 chests. Three can be found inside the house, and one outside.

Starting with the house, two chests can be found on the Western side at ceiling height. They are both close together, and one is hidden behind a wall that you’ll need to knock down. The final chest inside this house can be found up the stairs in North East corner.

To the East of the house, we have one more chest sitting in the roof section of another small shack.