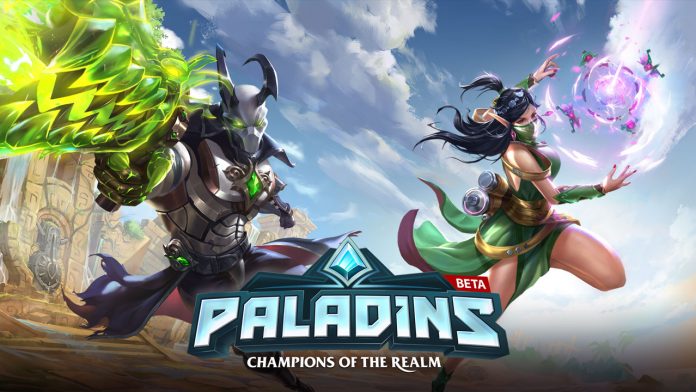 Crystals are one of the currencies in Paladins, along with Gold. You will unlock gold quite often for free, mainly from playing and taking part in quests. However, Crystals need to be purchased, similar to RP in League of Legends.

Below, you can see the prices of Crystals in GBP. The lowest amount of 200 Crystals will cost you £3.99, with the highest package of 8000 Crystals costing £79.99. Obviously, not everyone can afford to buy Crystals, so there are a few free alternatives available.

The first noticeable and free way of earning Crystals in Paladins would be by logging in daily. On day 6, you can expect to collect 15 Crystals, and a further 35 on Day 7 equalling 50 Crystals per week.

These rewards will reset each week. Not reset, but you can expect to get 15 Crystals week after week, and the other 35 each week. Whilst this doesn’t net you a lot of free crystals, it’s enough for the occasional champion, skin or emote every few weeks.

If you chose to play with your friends in grouped game modes, you also have a chance of earning some bonus Crystals. By playing 15 hours of Paladins together, you will gain 200 Crystals, whilst hitting 20 hours will again give you 200 more crystals. You can read more about the Refer-a-friend system at Paladins Official Website.