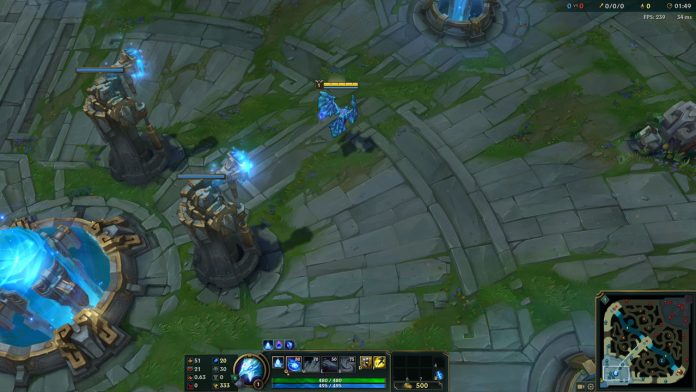 After 9 years of the original hand League of Legends cursor, Riot finally decided to update it in Patch 8.14. Instead of being a hand with a pointing finger, it was instead updated to a modern looking arrow.

Whilst it certainly looks new and shiny, it feels wrong. Especially for me. I’ve been playing since the end of Season 2 and just can’t get used to it. I have no doubts that other players who have been around for quite a few years are also struggling to deal with it.

Thankfully, Riot implemented the option for you to revert back to the original cursor with the click of a few buttons. We’ve covered it in a quick guide below!

When in game, open up the main menu by pressing ESC on your keyboard. Here, you can access all of the game settings. Head to the ‘Interface’ tab on the left and scroll down a little bit.

In the Interface tab, you should find a new option named ‘Legacy Cursor’. It’s around half way down that options page. Just check the box, and your cursor will instantly revert back to the old one.

These settings will save permanently, so you don’t have to go back and do it again in future games.