How to Repair a Trident in Minecraft & Keep Enchantments

The Trident is a weapon that was added in Minecraft 1.13. Arguably, it’s one of the best weapons in the game due to it’s damage and the loyalty enchantment, which returns the weapon to you after it’s thrown.

You can find the 3 methods for repairing the Minecraft trident below. If you want to check out some more Minecraft guides and content, you can view our dedicated area here!

Repair with a Crafting Table

Now, you can only use this method if you have a trident that doesn’t carry any enchantments. The reason for this is that when you repair a trident in a crafting table, any enchantments attached to it will be removed (and not be recoverable). 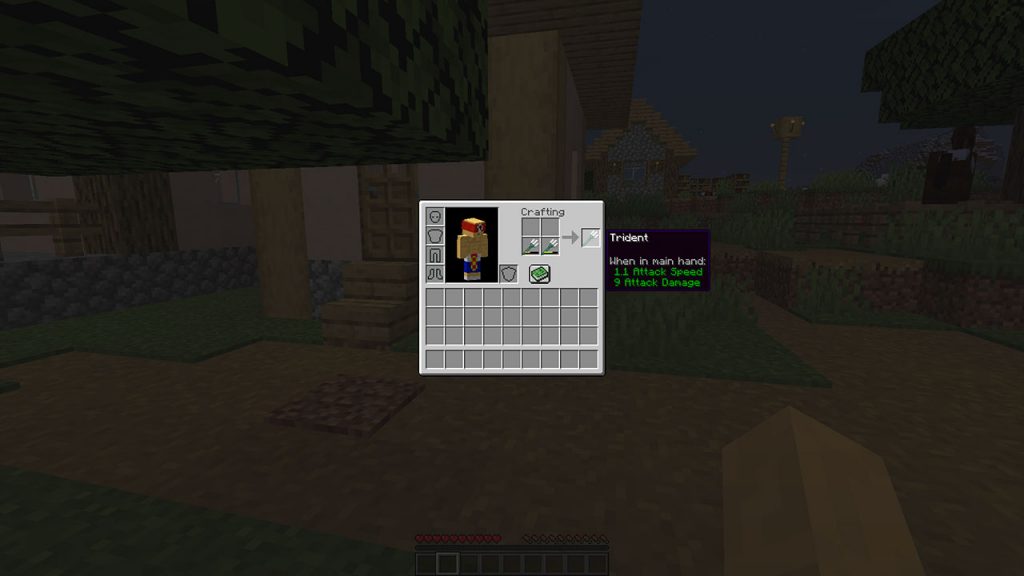 To repair a trident without enchantments, either open up a crafting table or the crafting interface in your inventory. You can combine any two tridents you are carrying them to turn them into a repaired trident.

Repair a Trident with an Anvil

Now, if you have enchantments, you may want to repair a trident with an anvil instead. Similar to a crafting table, all you have to do is add your enchanted trident to the first slot, then another trident to the second slot. 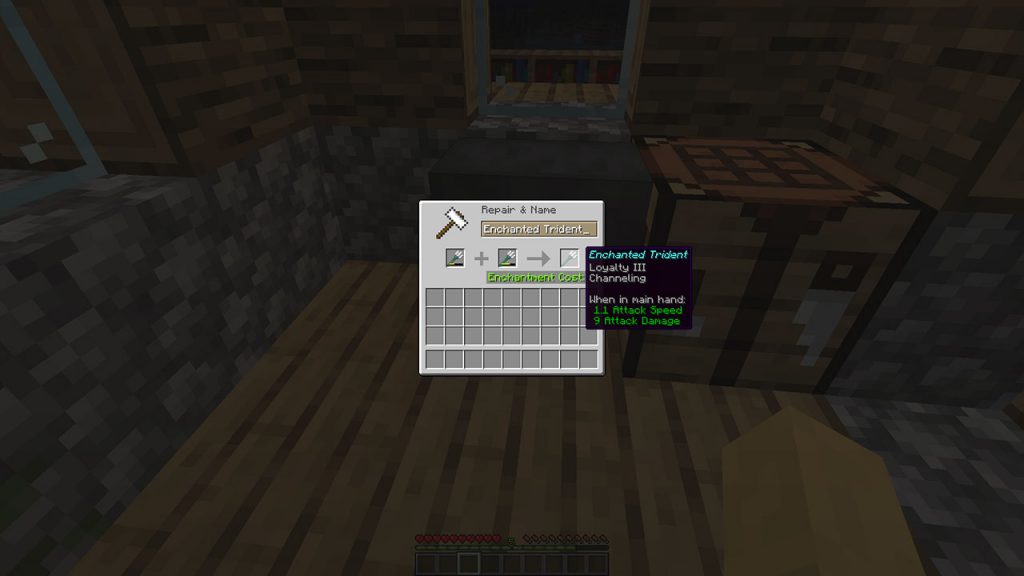 You will be able to pull out a repaired trident from the anvil which is still carrying your enchantments. In the anvil, you can also rename the trident if you wish.

READ:  How to Find Ancient Debris in Minecraft 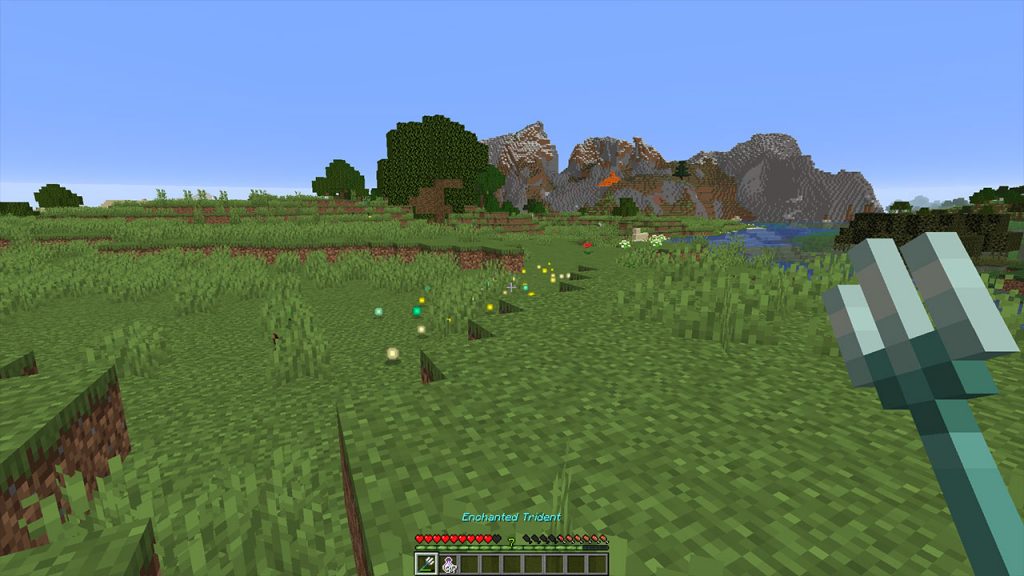 What the mending enchantment does is it repairs your item at the expense of experience orbs. Meaning that if you are carrying an item with mending applied to it, collecting experience will go towards repairing the trident instead of to your player level.

It’s by far the most cost efficient way to repair, as killing mobs or mining will constantly repair the weapon. All you have to do is actually find the mending enchantment book!