Starting this post off, I don’t see the Fuse Neue Skin in many custom Kodi Builds. I’ve come across one or two in the past month or so. However that doesn’t mean this skin is bad at all, as it’s actually pretty good and lightweight. 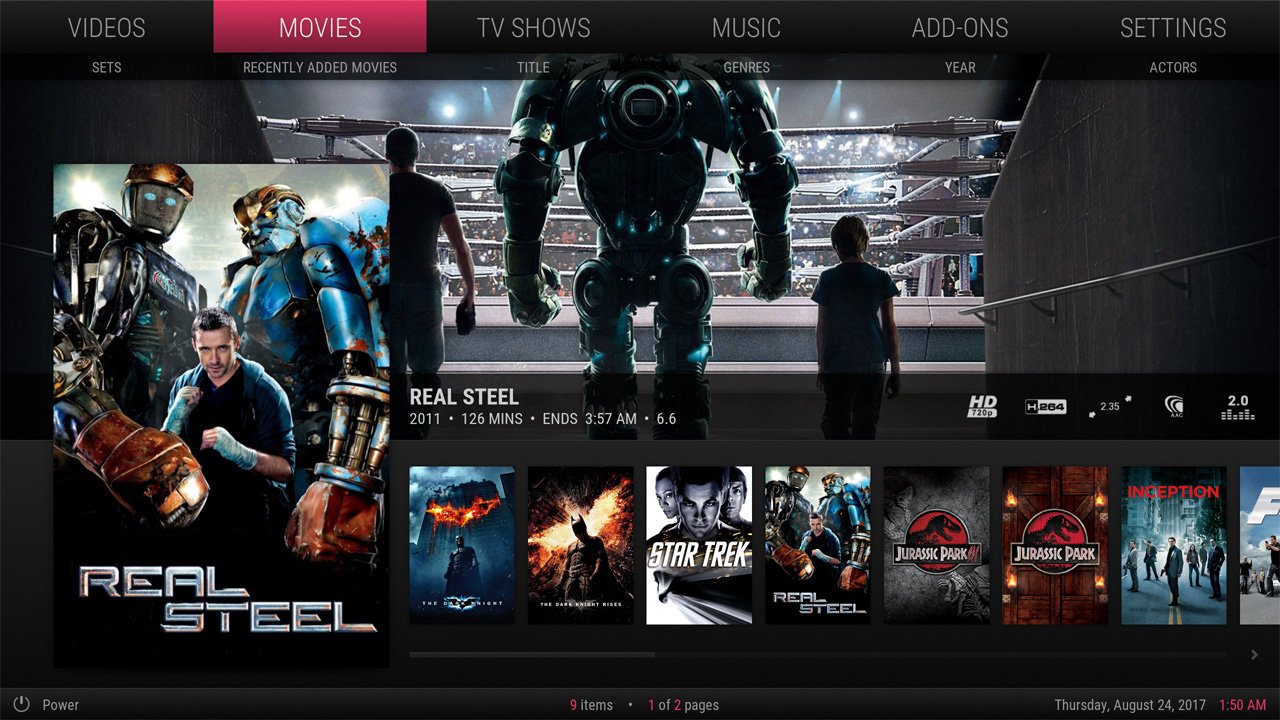 I really like the Fuse Neue Skin for Kodi. It doesn’t seem bloated or congested, it just has a minimalist look. It goes back to it’s roots with a horizontal menu which can be found at the top of the screen, with a sub-menu below similar to Aeon Nox.

Firstly I took a look at some of the customization options. Unfortunately, I wasn’t able to change the highlight color from the default red. The option was there but no interface would open.

It also feels like a lot of wasted space occasionally when looking at TV Episodes or movies. However, fan art will soon fill that void when hovering over a media file. There was only 2 views for me to switch between, and neither produced an outcome I had really hoped for. 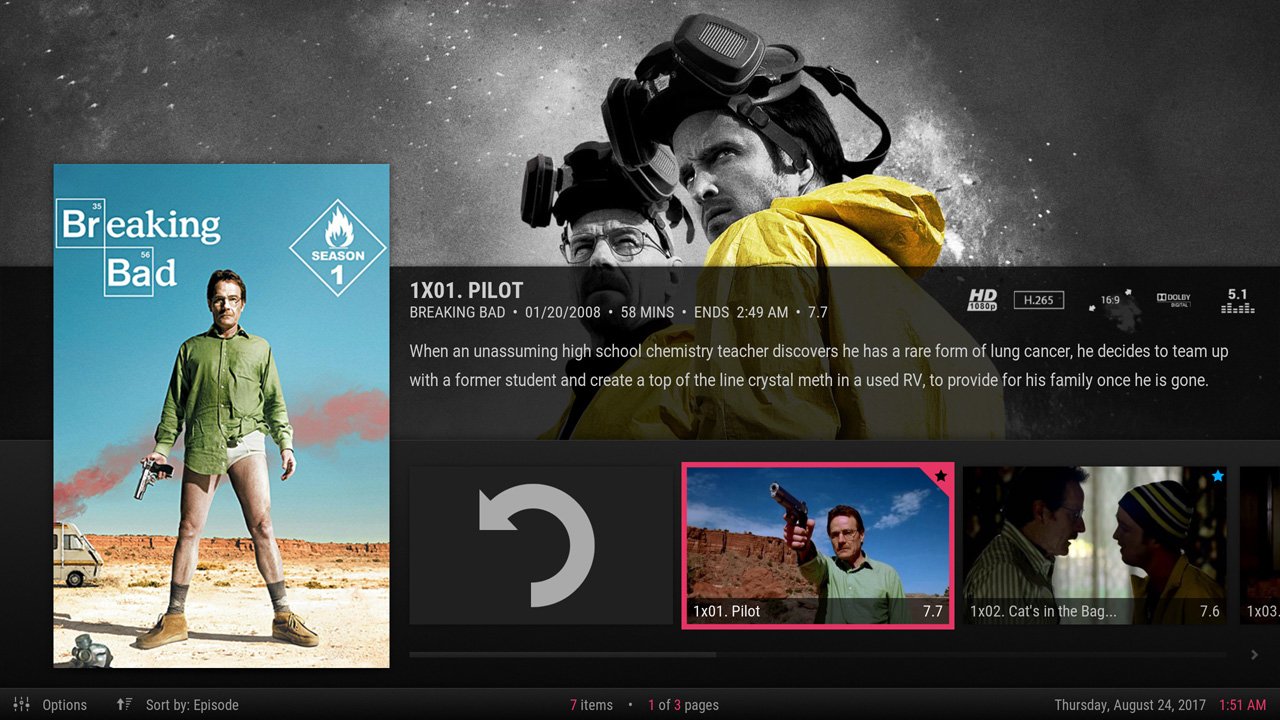 Thankfully, compared to Estuary this skin has a lot of different ways to change the appearance and customize home menu items. No extra mods or third party tools are required for Fuse Neue.

I struggle to see any reasons why this skin wouldn’t be a great choice for smaller devices like the Amazon Fire Stick. It’s minimalist, looks great, easy to navigate and it runs well.

The Fuse Neue Skin was tested using a mouse and keyboard for this review, and I faced quite a lot of navigation issues. Therefor this skin should definitely be used with a remote control, or at least the arrows keys only on your keyboard. 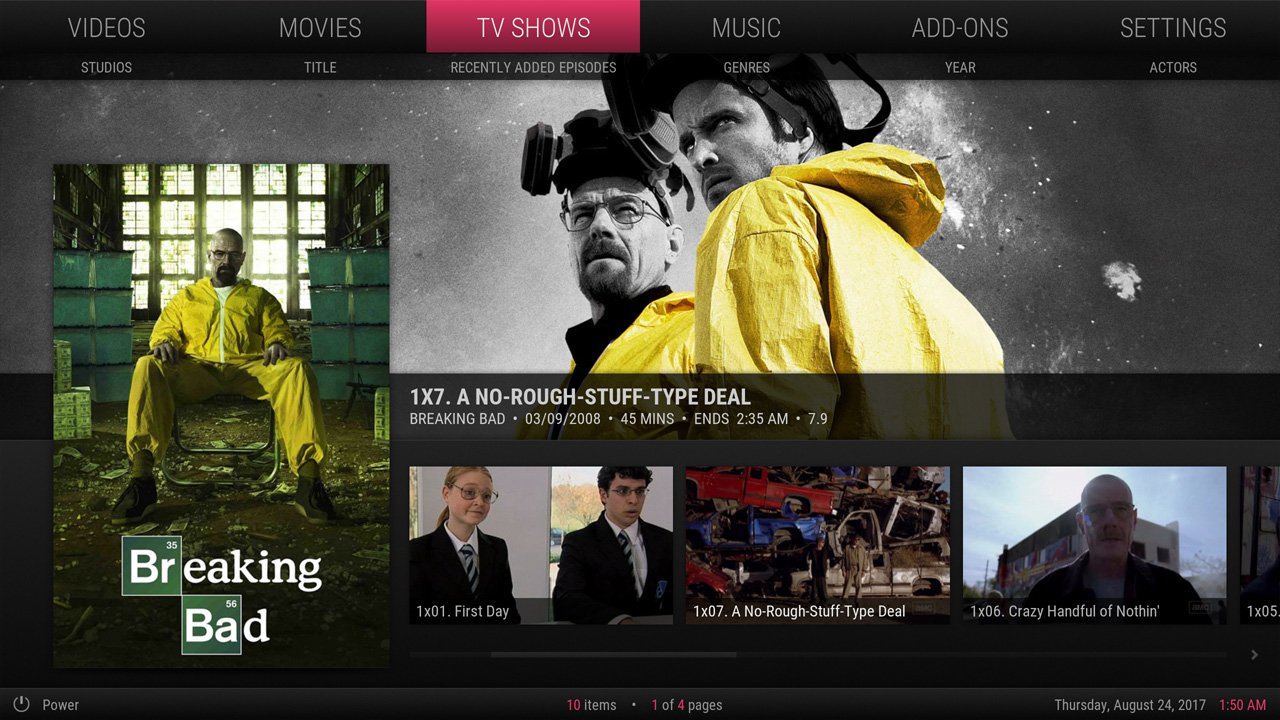 How to install the Fuse Neue Skin on Kodi 17

Installing this Kodi Skin is simple, and the instructions below will work from the default Kodi Krypton Skin ‘Estuary’.