Seeking Dawn is a VR science fiction shooter, released on 12th July 2018. Before actually getting into what the game is about and how it holds up, I feel I should express my own opinion that games like this are needed to help push the VR industry forwards and in the right direction.

Sure, Seeking Dawn may have a few unnecessary or unwanted features, but Virtual Reality is still a growing industry. We need as many games as possible that stand out and bring new players in. Seeking Dawn is definitely one of them. Steam is starting to become bloated with low quality ‘experiences’ and not enough full fledged games which have been given a lot of care.

Simply put, this game looks beautiful. It’s most definitely a game that I will come back to with next generation headsets. Current headsets certainly don’t do this game justice with their low resolution, obnoxious screen door effect and abysmal field of view.

Whilst Seeking Dawn does have multiplayer support, we haven’t been able to test this out due to an issue with one of our headsets. We will come back and update at a later point.

We tested Seeking Dawn on a PC running a GTX 780 Ti, where we didn’t face many issues performance wise. In many areas, we where able to run the game at 2x SS, having to lower it down to 1.5 when reaching more cluttered areas.

Safe to say that I was quite impressed at the performance considering the size and density of some of the environments. There seems to be low anti-aliasing, which isn’t a major problem but certainly takes away from the beauty of the game.

For me, there was a lot of hassle getting into the game for the first time. Assuming it’s a problem on our end, we had to open and close the game repeatedly to actually get it to work. Opening the Steam dashboard would sometimes cause the entire game to stop working. Whilst when running through the initial tutorial, the inventory wouldn’t open. It became a bit repetitive and we had to leave it for another day due to frustration.

Since then though, the game has been running fine and we haven’t run into any of these issues. Storage wise, Seeking Dawn is currently taking up 20GB on my drive. It’s a shame that we’re having problems with our second headset, as this is certainly a game I want to run through with a friend.

When first starting up, you’re provided a few options for how you want to move and look around. Options include joy-pad movement, blinking or teleportation. Whilst for camera rotation, you can choose smooth movement or angular snapping.

Although I think one of my favourite features has to be the natural locomotion, where you can sprint by moving your arms at your sides. It adds that extra bit of realism and immersion.

All guns in the game are one handed, meaning that you can dual wield if you wish. It’s fun, but I opted not too as I was struggling to process having 2 guns on the screen for some reason. Especially when some others are just so big. Weapons have a laser sight, with the end of the beam indicating where you will fire instead of a crosshair or the ability to look down sights.

Games like Seeking Dawn are where I wish I owned one of those VR Gun stocks that you stick your controller in.

From your inventory, you are able to sort through items that you are carrying with categories such as Food, Defense, Resources etc. Whilst you can also choose to slot items into the quick access wheel, which you can open by pressing the menu button on the right controller.

Using your hands, you reach in and grab the item of your choice, whether it be food, water or medication. Sometimes it feels quite unintuitive, due to having to reach in a little far. It works fine none the less. Don’t expect to be able to open this interface in combat, as it takes up most of your screen.

At the top of the screen, you are reminded about your food and water levels on the HUD. After reaching a certain amount, your character will begin talking about it every minute or so, which can be a slight annoyance. You’re too caught up exploring and ensuring nothing is running at you to want to open the HUD and eat an alien burger. It would be smart to implement an option to disable this in a future update for players who don’t like it.

Walking around the world, I’m in awe at how beautiful it looks. Insects swarming around you and plants which open up as you approach truly bring the world to life. All of the enemies are unique, having their own movement styles, animations and responses to you. When in combat, animals have their own critical spot meaning you actually have to put thought into how you will attack instead of mindlessly shooting.

The voice acting is average, certainly not as bad as other people are making out. It can feel a little forced at times, but it helps add to the story and remind you what your current mission is. There are times in the game where I’ve gotten lost, and realised you simply have to just walk over the terrain at the edges of the map to approach a new area.

There are a lot of little bits and pieces that you can nit-pick about. In the end though, Seeking Dawn offers a truly enjoyable experience in a beautiful world. I’m sure that with patches and future updates, the game can only get better. 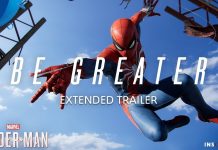 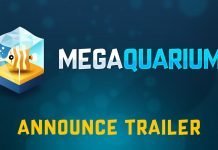 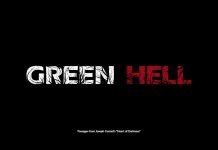