There are many RPG (role-playing game) and adventure mods available for Minecraft. Most of them consist of exploration, new items and modes of transport. Most of these mods are great for someone playing without any form of cheating, or never wanting to run out of things to do in their world.

All the buttons below will link back to Curse Forge, where you can download these mods for Minecraft. For more Minecraft Guides, Mod Lists & Best-of content, make sure to check out our dedicated area here! The list below is in no particular order. 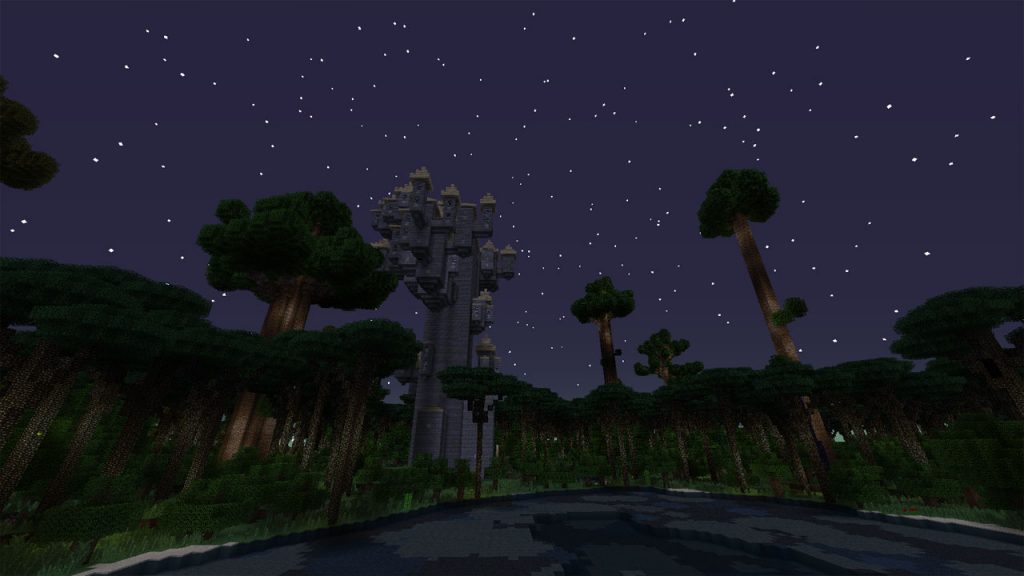 Twilight Forest is the most downloaded mod when it comes to RPG & Adventure in Minecraft. It adds a whole new dimension which you can access through a Portal, where you’ll undertake some serious exploration, find new mobs including boss battles and clear out dungeons. There’s also some new unique loot and items. This mod works with Minecraft 1.7 and 1.12 at the moment. 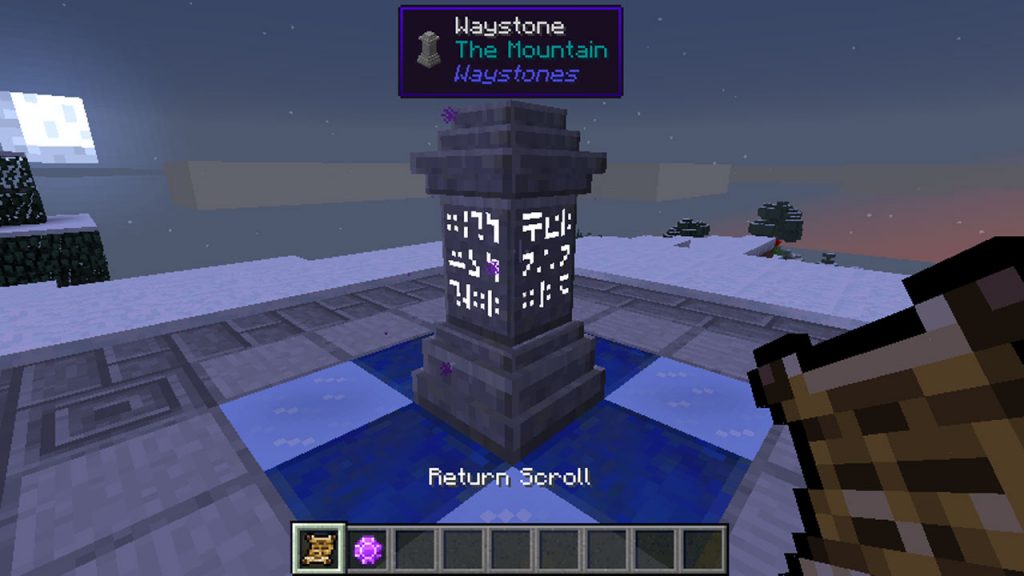 Waystones provide an immersive and realistic way for you to travel around the game world in Minecraft. You can use the Stones shown on the image above, a warp scroll or a rechargeable warp stone. They make a great addition especially to mystical worlds, and those which might have magic. You can use this mod with Minecraft 1.12, 1.14 and 1.15. 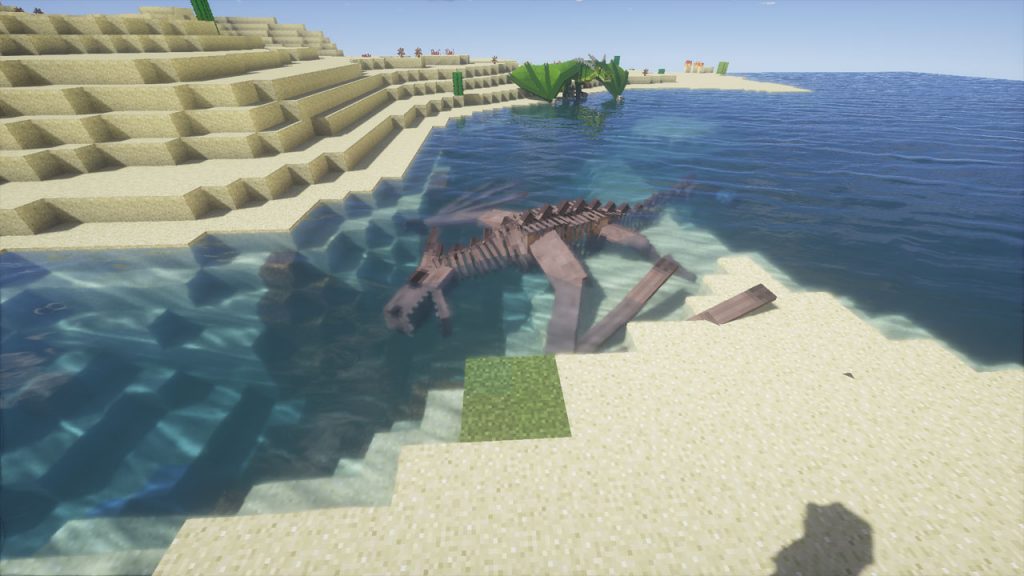 Ice & Fire: Dragons in a New Light is a huge mod. Originally, it was a mod that added Dragons to the world in a new way. But now it’s been expanded to add many new mobs such as the Cyclopes, Gorgons, Pixies, Hippogryphs, Hippocampi and a lot more. With this mod, you can fight, tame, hatch and ride Dragons, as well as craft tools and armor from their bones. Ice & Fire is compatible with Minecraft 1.10, 1.11 and 1.12. 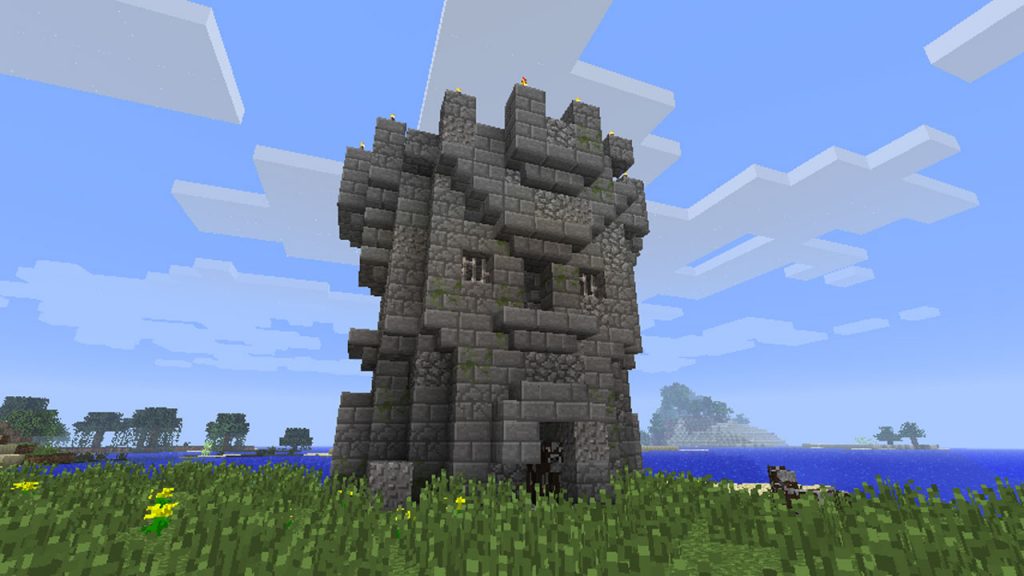 Another very popular RPG mod is Roguelike Dungeons. It adds procedural generated underground dungeons to the game world, often indicated by a tower above-ground. These dungeons are large in size, and contain many different rooms to explore, mobs to kill and loot to collect in the form of chests. It works with Minecraft 1.10, 1.11 and 1.12. 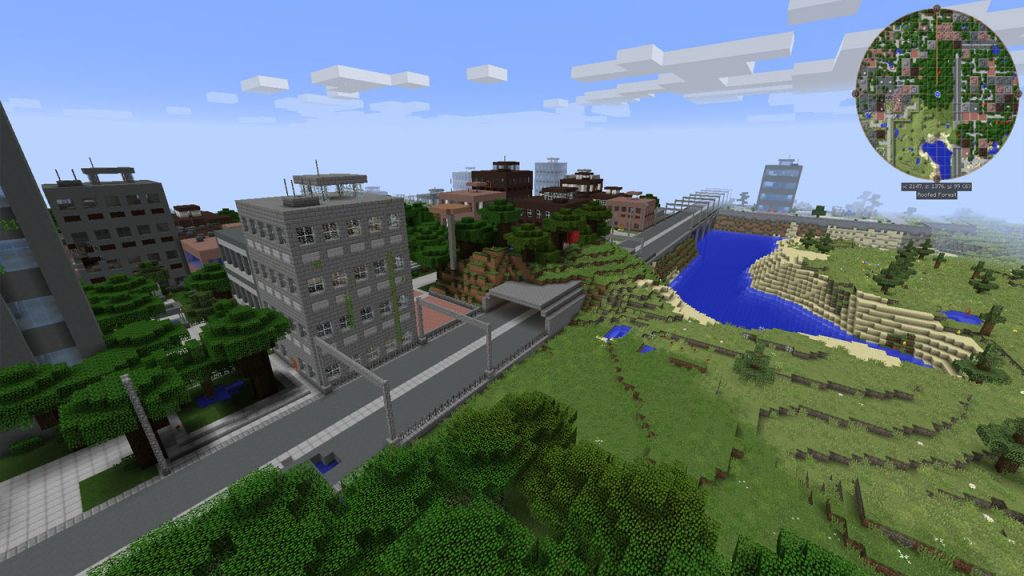 Another world generation and exploration map is The Lost Cities. It adds these large abandoned cities to the world which feature skyscrapers, lakes and streets. However they don’t spawn in your normal world, instead you have to choose the Lost Cities option during the world creation screen, and the cities take up the space of the entire world. You can use this mod with Minecraft 1.12, 1.14 and 1.15. 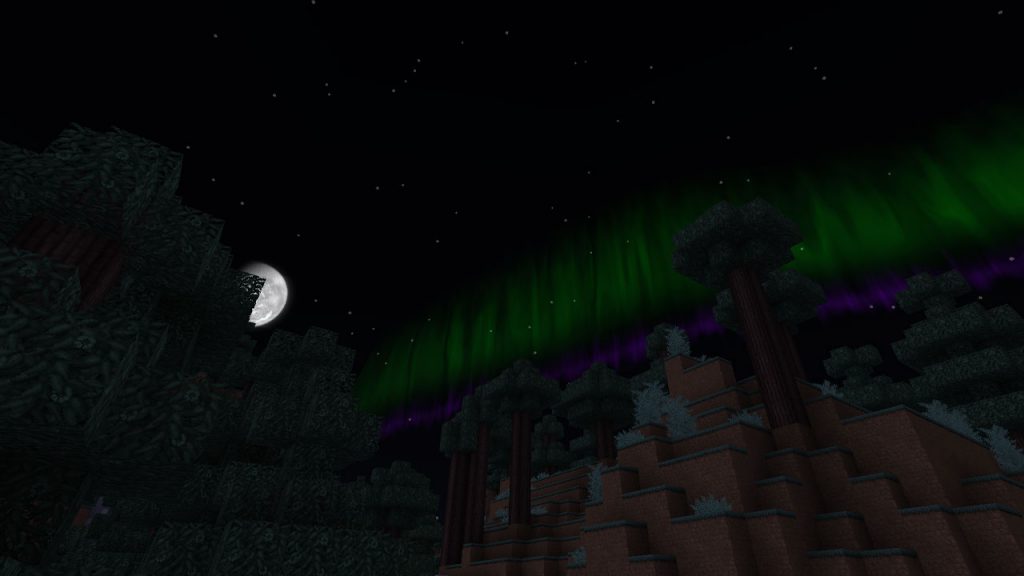 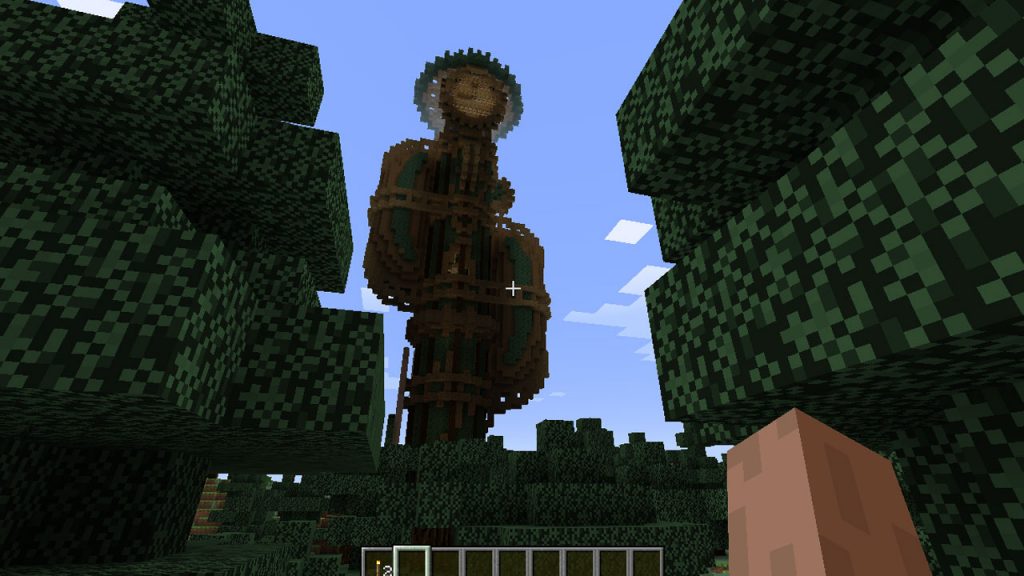 Recurrent Complex again, adds more structures to your Minecraft world. It’s a pretty in-depth one though, adding over 200 new structures consisting of forts, castles, clock towers, graveyards, floating islands, mazes and more. There’s also quite a few changes to villages, adding large and more realistic houses. Most of these structures contain loot too which you can search for. Recurrent Complex works with Minecraft 1.10, 1.11 and 1.12. 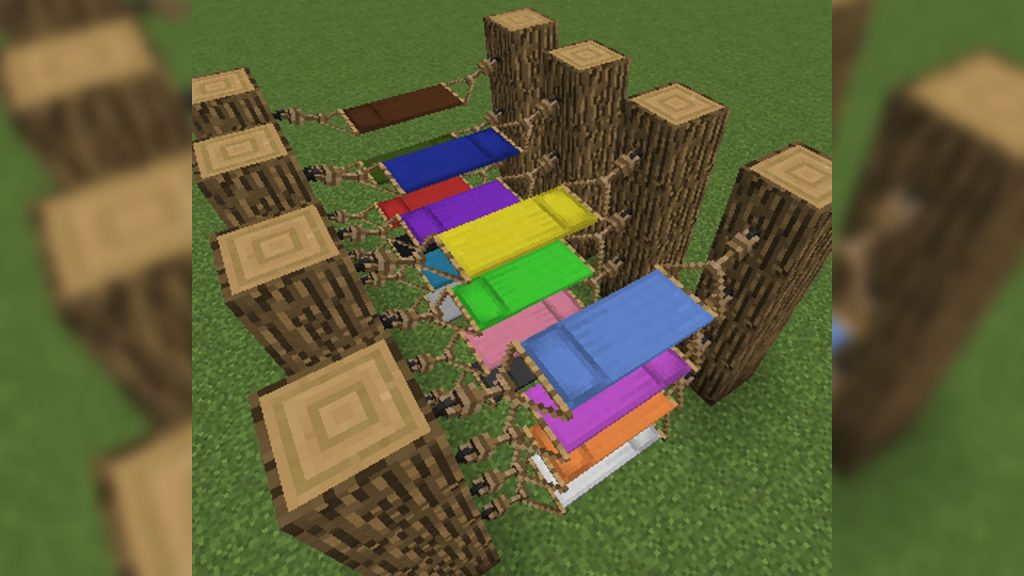 Comforts is an immersion mod which allows you to craft Hammocks and Sleeping Bags in Minecraft. They’re suitable for your own home, but best for when you’re on the road exploring and need to rest for the night. Unlike beds, they don’t set a spawn point either, so you’ll always return home if you die which is a nice feature. You can use this mod with Minecraft 1.13, 1.14 and 1.15. 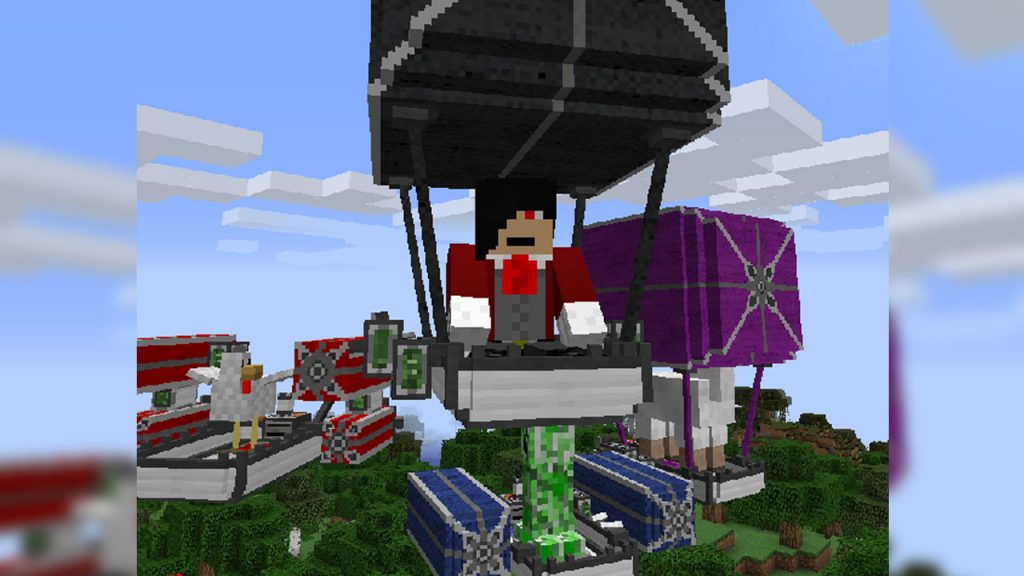 What better way to explore your Minecraft world than flying around in an airship? With this mod, you can craft Airships which can be highly customized. They can be upgraded, will require fuel to fly. When it comes to customization, there are multiple components to choose from such as colors, balloon shape, engine models, frame models and more. To install this mod, you’ll need to be playing Minecraft 1.10, 1.11 or 1.12. 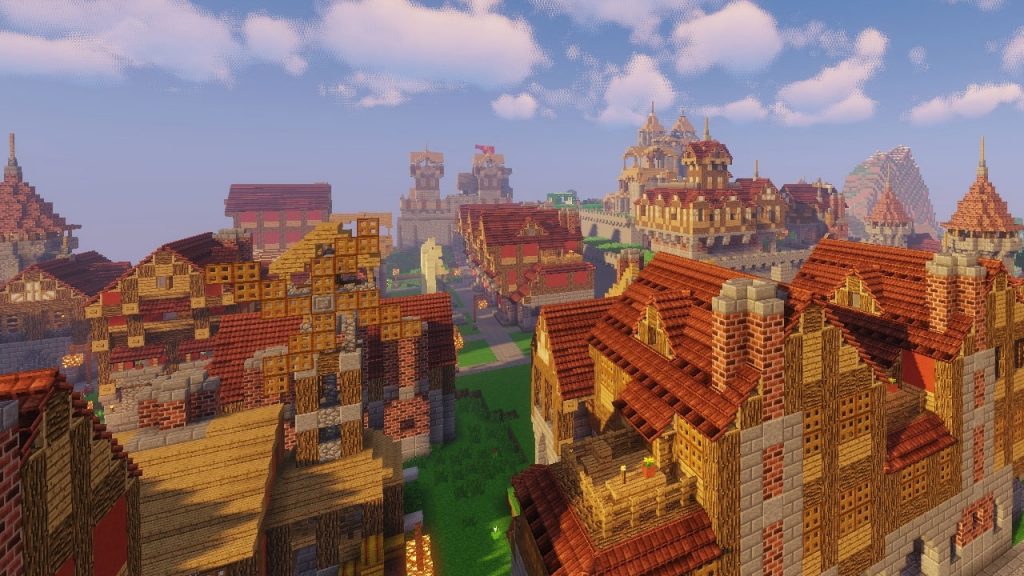 Finally, we have Minecolonies. It’s a town building mod which allows you to build your own cities, featuring many NPC’s such as Builders, Crafters, Farmers, Fishermen, Guards, Miners, Smelters, Bakers, Cooks, Deliveryman, Animal Herders and more. There’s so much more to this mod too, great for any role-players. You can use this mod with Minecraft 1.12, 1.14 and 1.15.