In this list, we’re going to take a look at some of the Best Weapon Mods currently available for Fallout New Vegas. With these mods, we won’t just be looking at new weapons. We’ll also be looking at mods which change the mechanics, add new ammunition and more.

For more Fallout New Vegas mod lists, make sure to check out our dedicated area here! All the buttons below link back to NexusMods where you can read more on each mod and download them. Currently, mods are only available for Fallout NV on PC, and not on Xbox One or PS4. 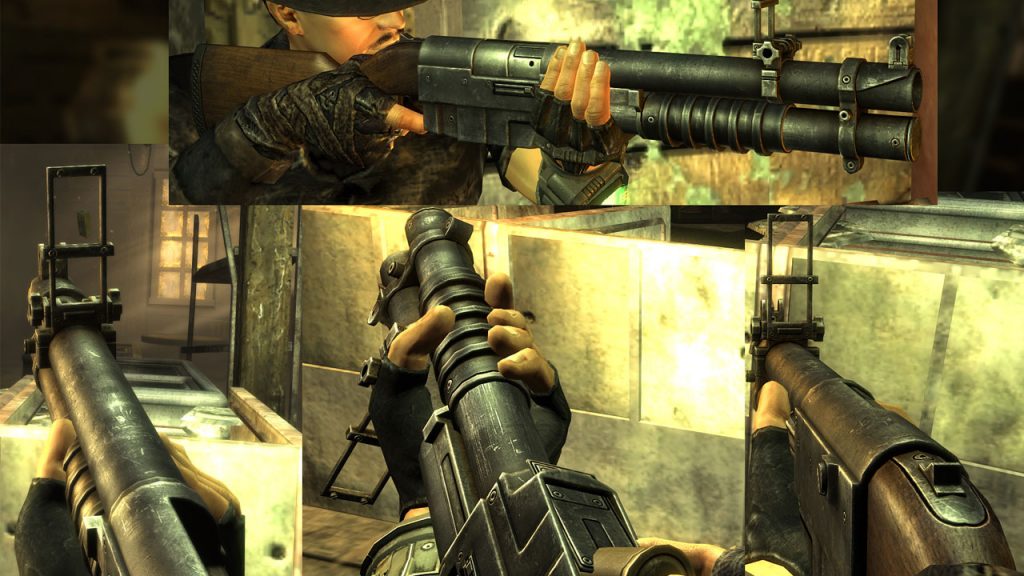 Our first mod is Weapon Retexture Project. Whilst it doesn’t add new weapons into Fallout New Vegas, it does apply new textures to the existing vanilla ones. This mod makes a few changes to the looks of weapons, mainly making them more high detailed by increasing the resolution, as well as adding scratches and other bits of scuff. 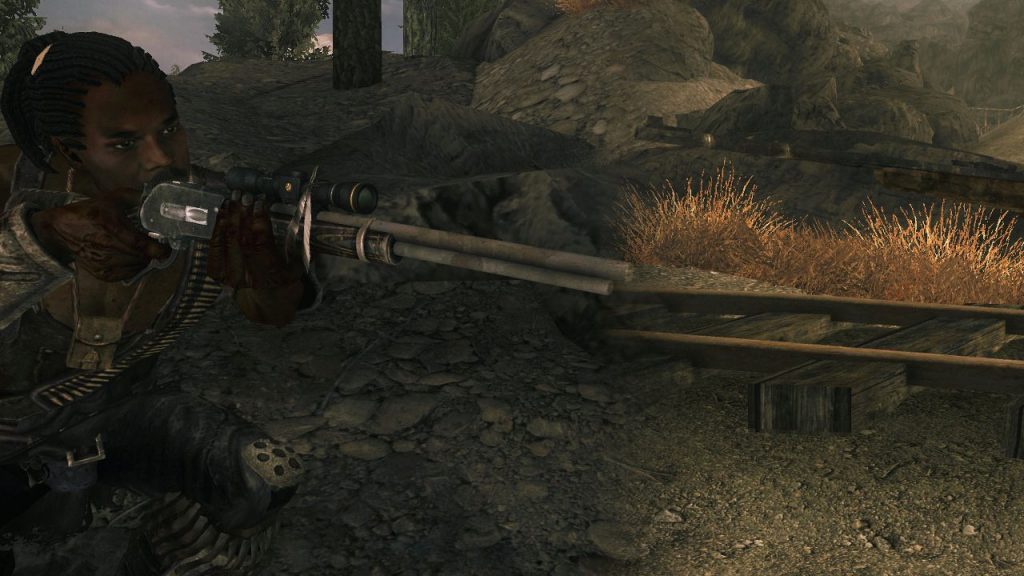 As you’d expect, WME adds many new weapon modifications into Fallout New Vegas (over 150 in total). All of the modifications that you apply to your weapons will be visible too. The modifications include new Cylinders, Barrels, Grips, Frames, Silencers, Scopes, Sights, Magazines, Drums, Stocks and more. It’s a great mod to expand on Fallout’s Vanilla Weapons. 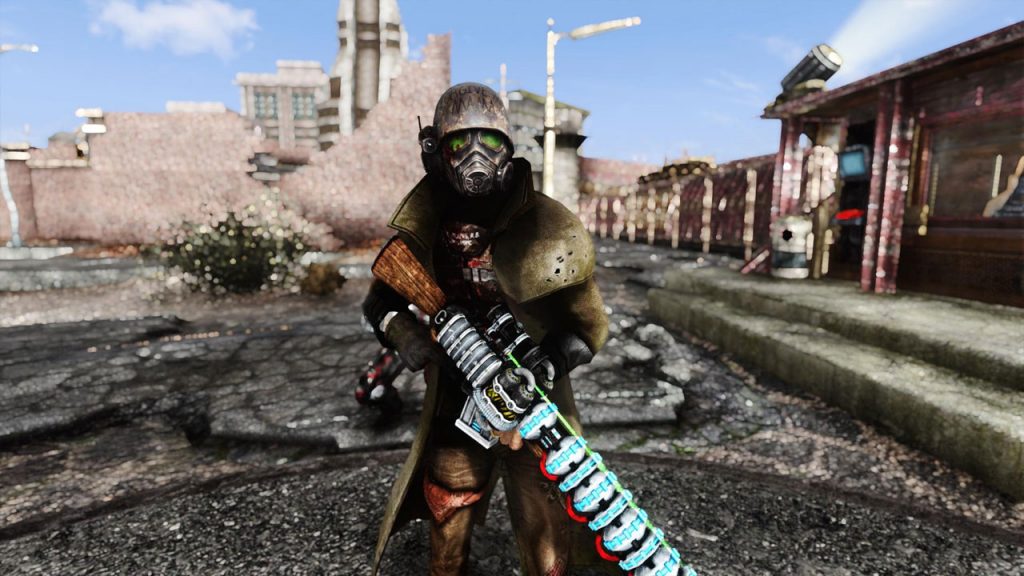 This mod adds a load of classic weapons into the Fallout New Vegas world, all with their own sounds and ammunition types too. These weapons come from Fallout, Fallout 2 and Fallout Tactics, with there being 63 in total so far. You can obtain the weapons from vendors, find them as loot or collect them off enemies as they will be using them too.

Weapons of the New Millennia 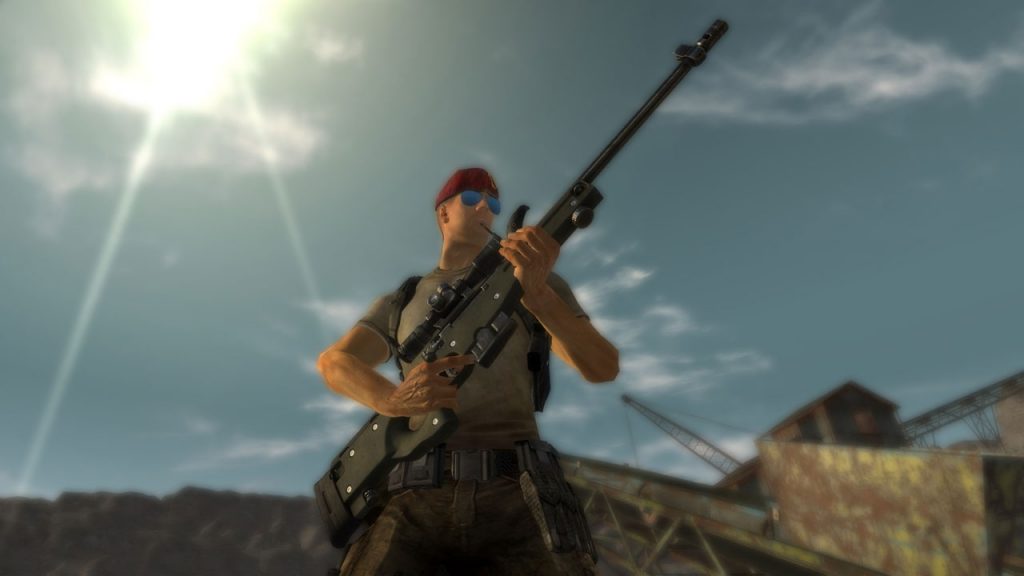 Here’s another weapons pack, this one containing 45 new weapons to use. As well as the weapons, there are modifications included, custom sounds, level list integration and even a quest with new vendors to obtain them. Most of these weapons are very modern and a little lore-breaking. Included are weapons such as the AK-47, Beretta 92FS, Colt M1911, FN FNC, Makarov and much, much more. 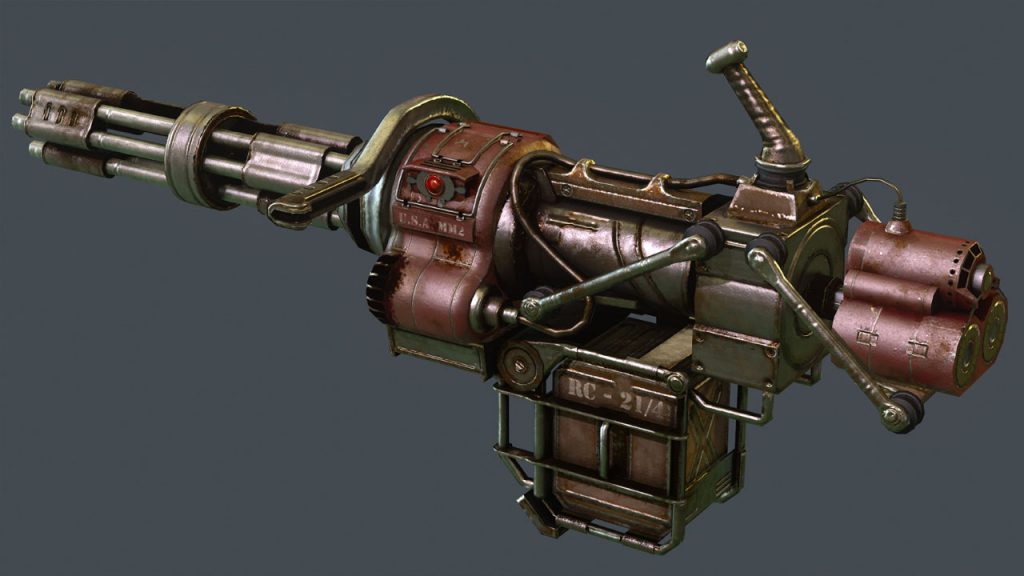 Here’s another mod that retextures some of the Vanilla Weapons in Fallout New Vegas, this time focusing on Heavy Weapons. Some of these new textures are for the Minigun, Missile Launcher, Flamer, Grenade Launcher, 4K Tesla Cannon and more. Included are 2K textures for the 1st person view, remastered normal maps and around 177 detailed textures. 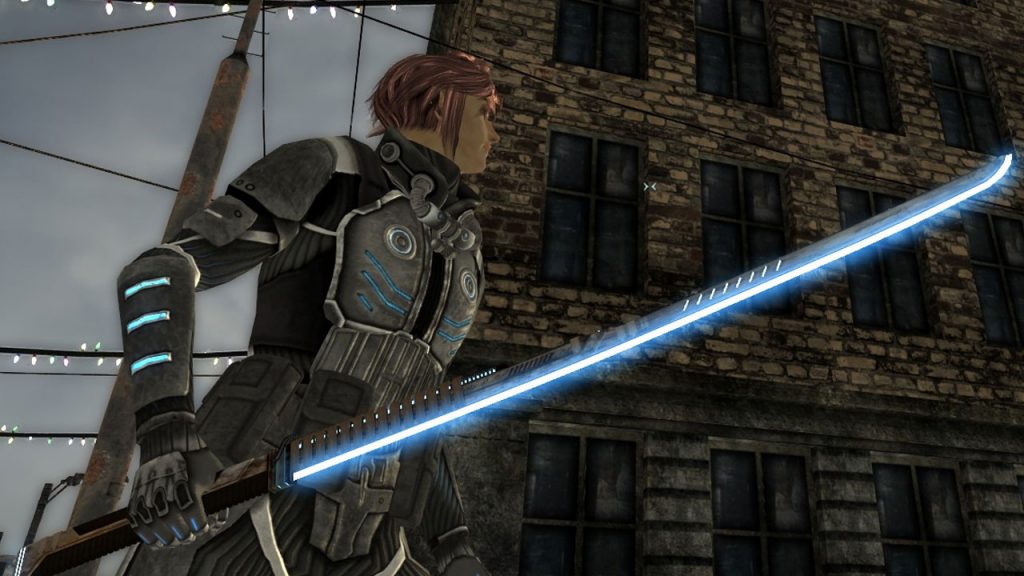 This mod adds a powerful Katana into Fallout New Vegas, which has both a 1-Hand and 2-Hand variant. The VAT attack for the Katana is called ‘Dragon Roar’, and is a damage over time effect that lasts for 7 seconds. There are some mods you can apply to the Katana including a Optical Amplifier, Improved Battery and Titanium Parts. 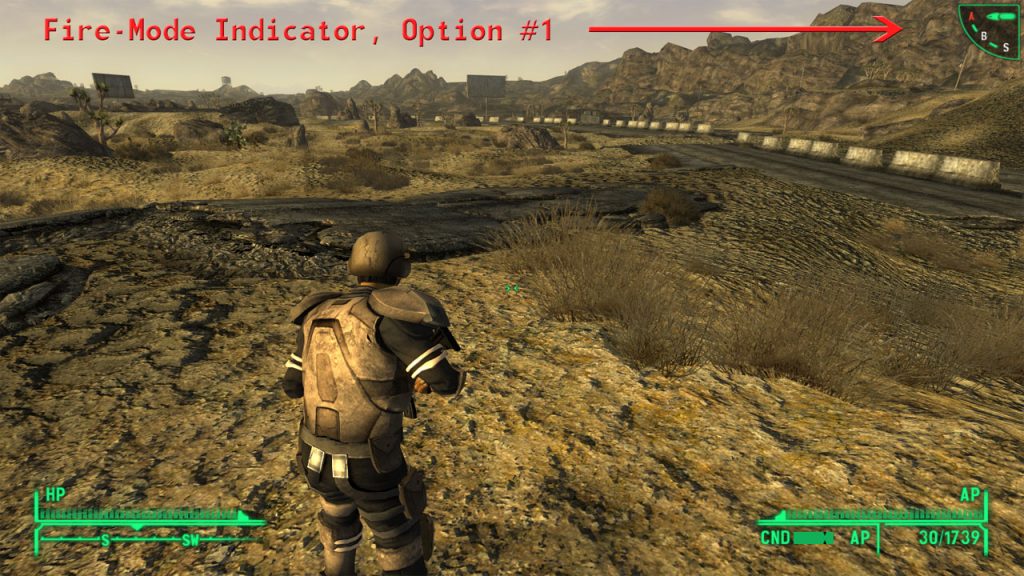 Selective Fire implements some new firing mode to automatic vanilla and modded weapons in Fallout New Vegas. These are Single Fire, Auto Fire and Burst Fire. There’s a lot of configuration options available to the player, such as changing the hotkey for switching between firing modes, or the number of rounds to fire in burst mode. It’s also compatible with the Xbox Controller.

Crossbow For the Wasteland 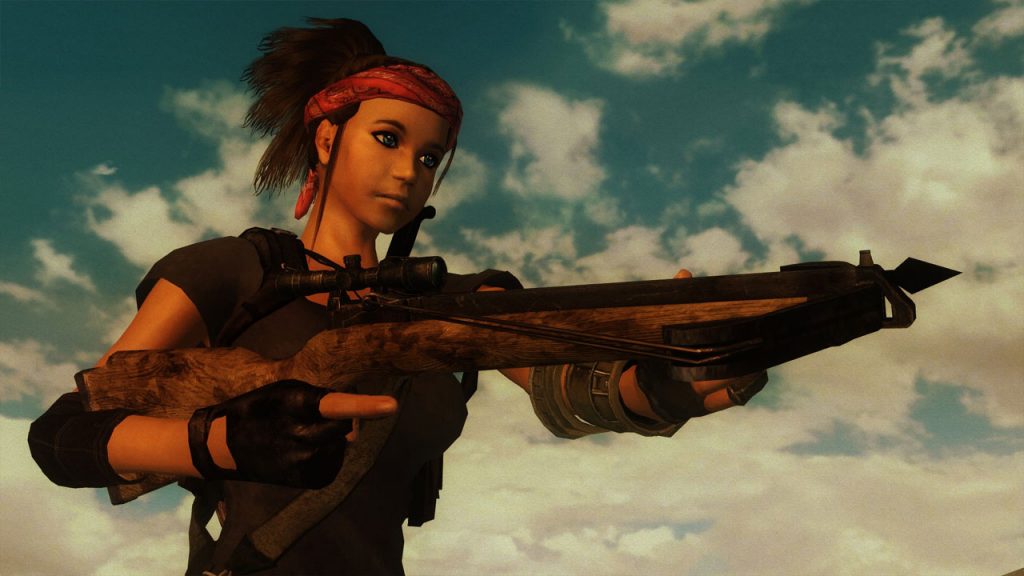 This mod adds Crossbows into Fallout New Vegas which can be created at the workbench. However the developer has stated that the mod might cause some FPS issues, so you’ll have to see if it causes any problems on your own system. There are 2 Crossbows and multiple ammunition types such as Bolt, Long Range, Saw Head, Explosive, Incendiary, Toxic and C4 Bolts. The mod also adds a new perk which gives a 55% chance to draw bolts from bodies. 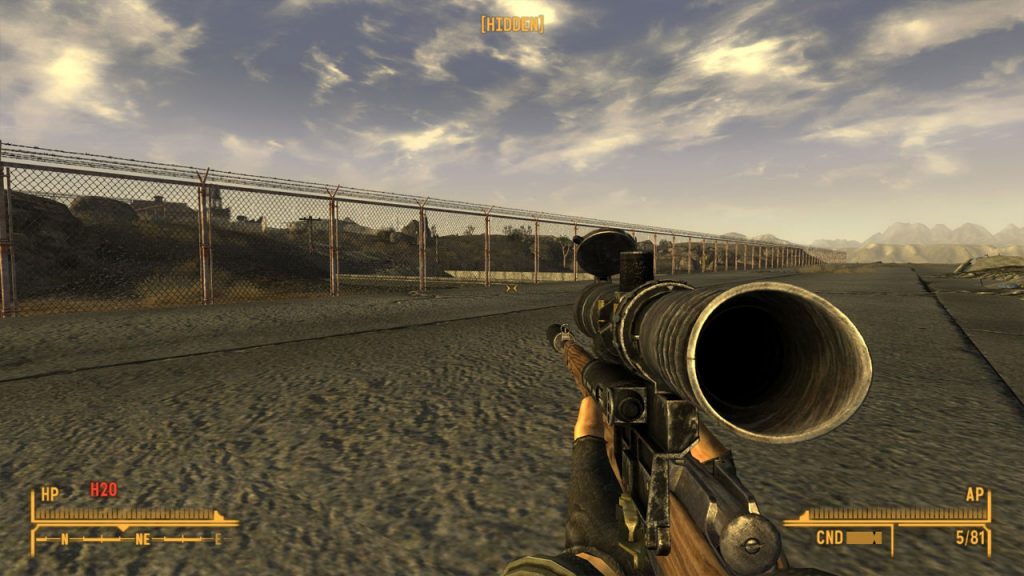 Our next mod adds the Mosin Nagant into Fallout New Vegas. It can be bought from GunRunners, and will be without a scope (which you need to add yourself). There is an additional scope available, as well as a suppressor attachment. 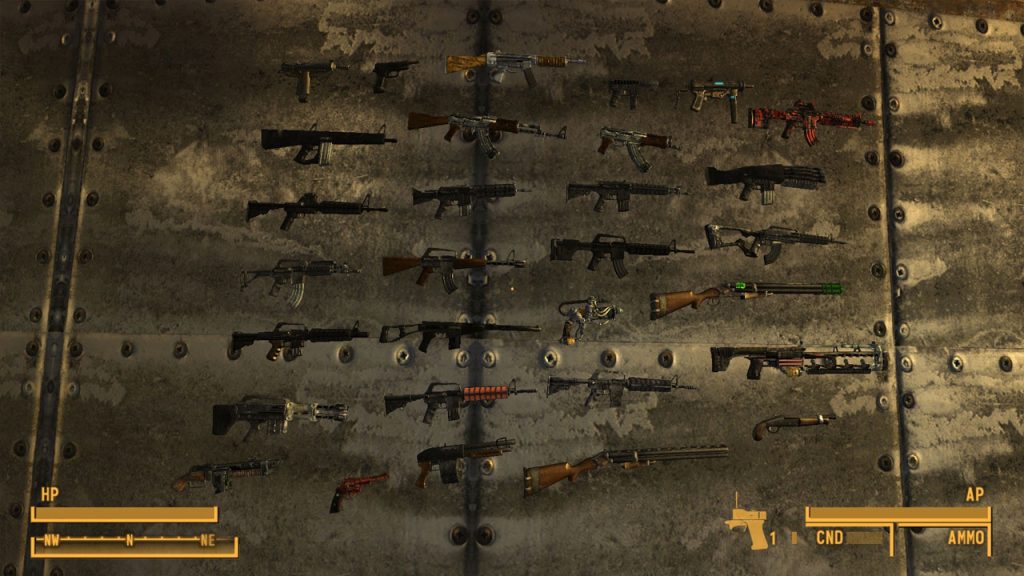 Finally, we have Project Weaponry, which is a large weapons pack for Fallout New Vegas. In total, it adds 291 Weapons (with many having mods/attachments), 65 Recipes and 6 Retexture/Unique Armors. Most of the new weapons are craftable and also added to level lists, so they will show up on NPC bodies as well as in vendors.