As soon as Minecraft 1.19 was released, Fabric was out and ready to use. With it came a slurry of mods, which where quick to be updated by their developers. In this list, we’re going to look at 20 Awesome Mods currently available for Fabric on Minecraft 1.19. 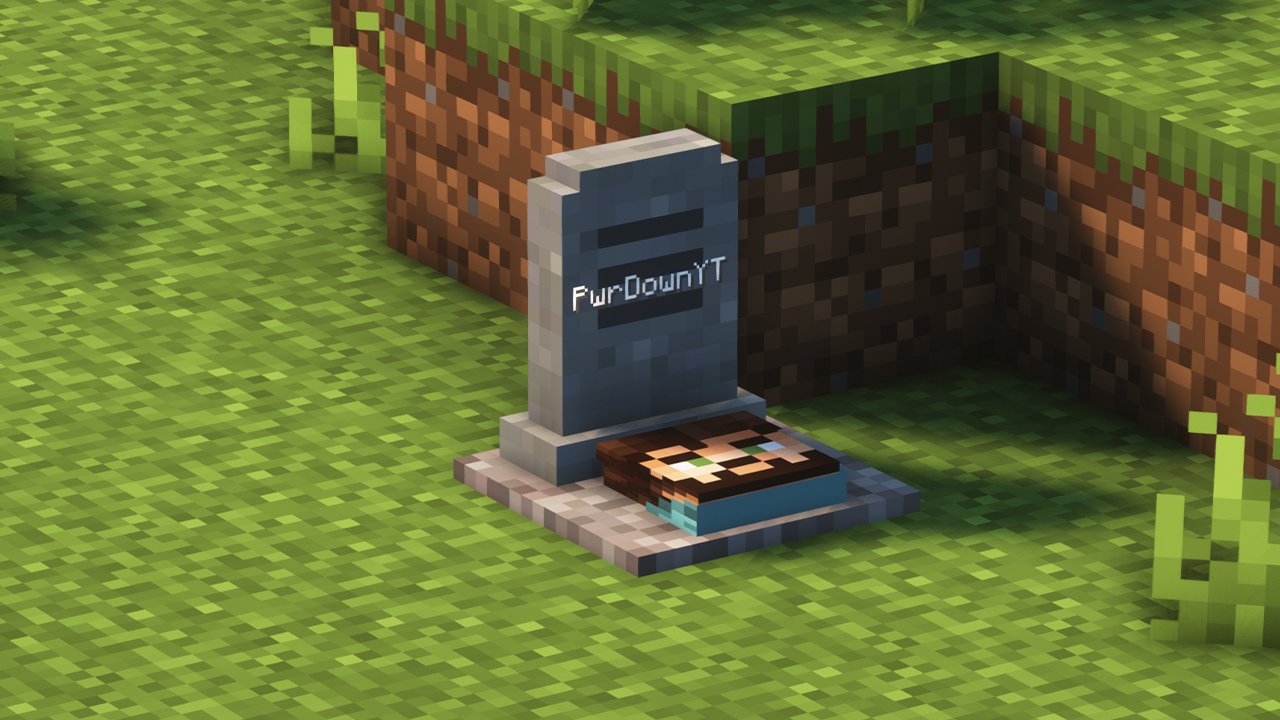 First up is You’re in Grave Danger, a mod which adds Graves into Minecraft when you die. That way, all of your items are kept securely inside, and you can retrieve them without having to worry about despawn timers.

Your grave coordinates will be displayed in the chat, and after retrieving your items, they’ll return to their original slots. 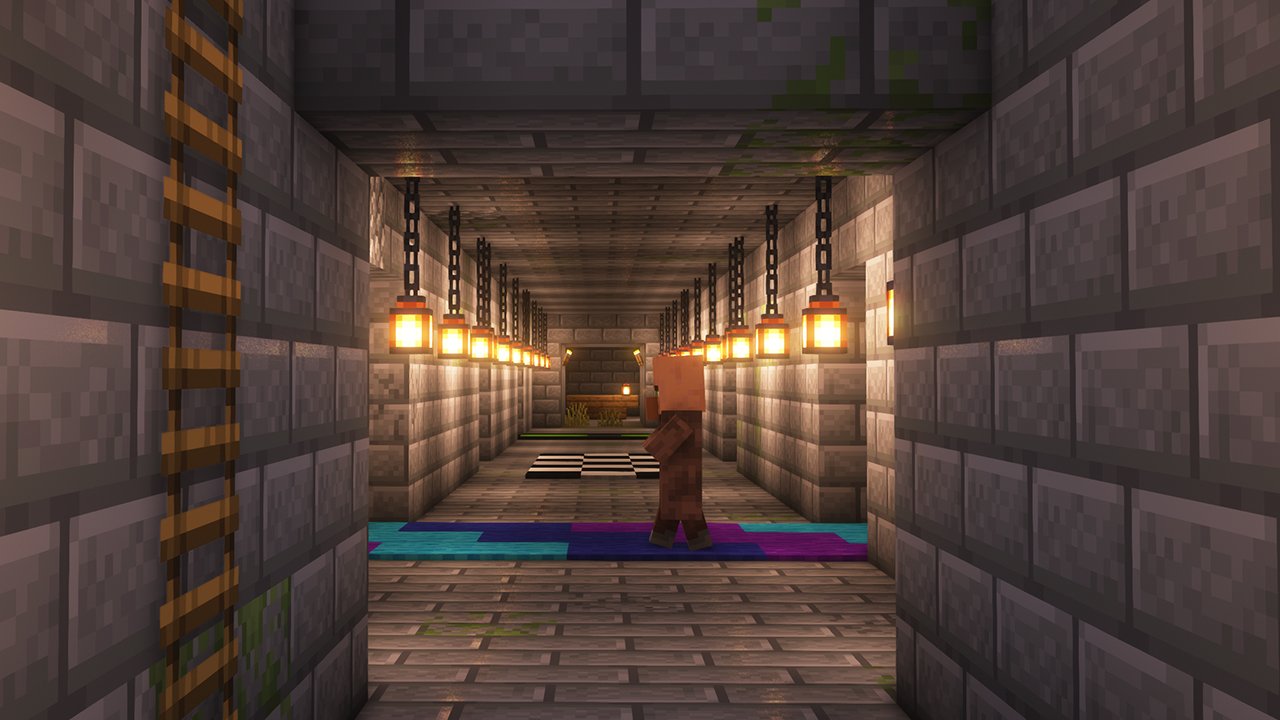 One of my favorite mods, Stoneholm has also been updated. It adds Villages to below the surface of Minecraft, which feature long corridors and sprawling complexes.

You’ll find most features of a regular Village here, like Professions, Farms and Iron Golems. Some sections of a Stoneholm Village are abandoned, and can be cleared out to take control of, so that you can later expand on a Villages size. 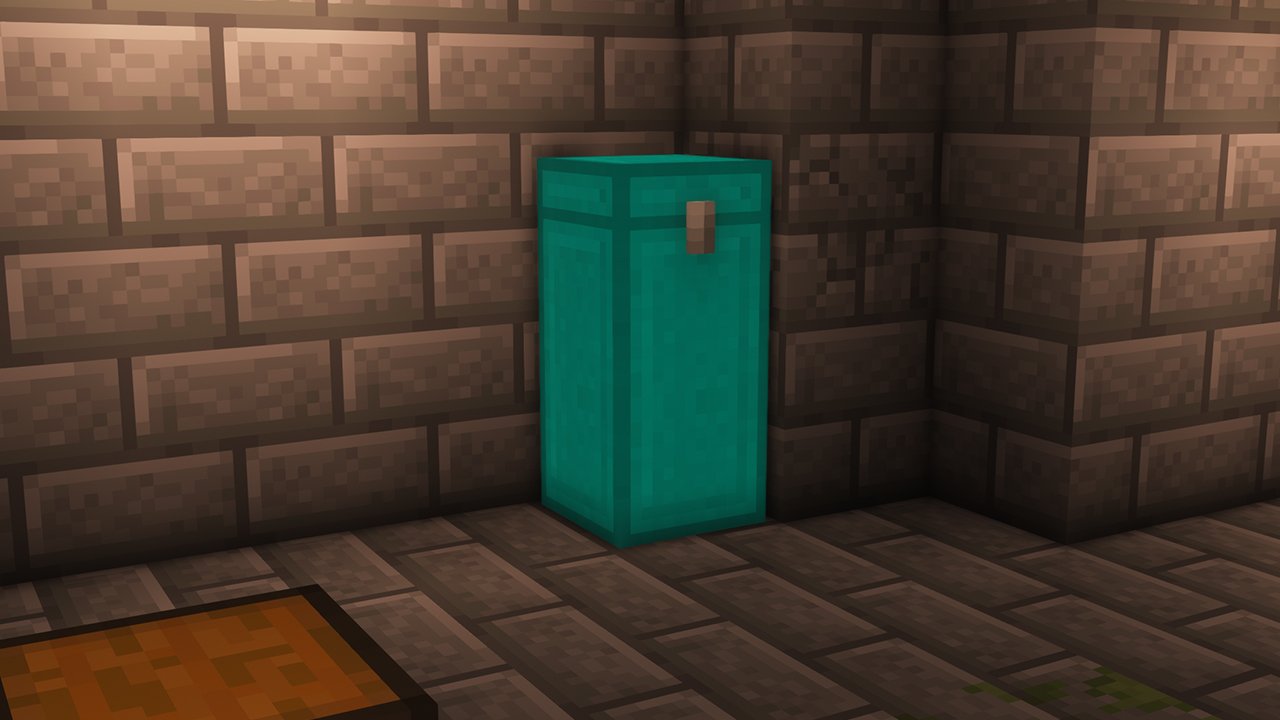 Expanded Storage should help with any storage problems. Firstly, there’s different tiers to a Chest, meaning they can now be made from Wood, Iron, Gold, Diamond and Obsidian, among a few others.

Each one provides a different amount of storage, with the highest being the Diamond or Obsidian Chest, with them being able to hold 108 stacks of items. These can also be connected together to make a double chest, whether it be horizontally or vertically, further doubling the amount of storage.

New Barrels are also implemented, so they have some different tiers and storage amounts too. 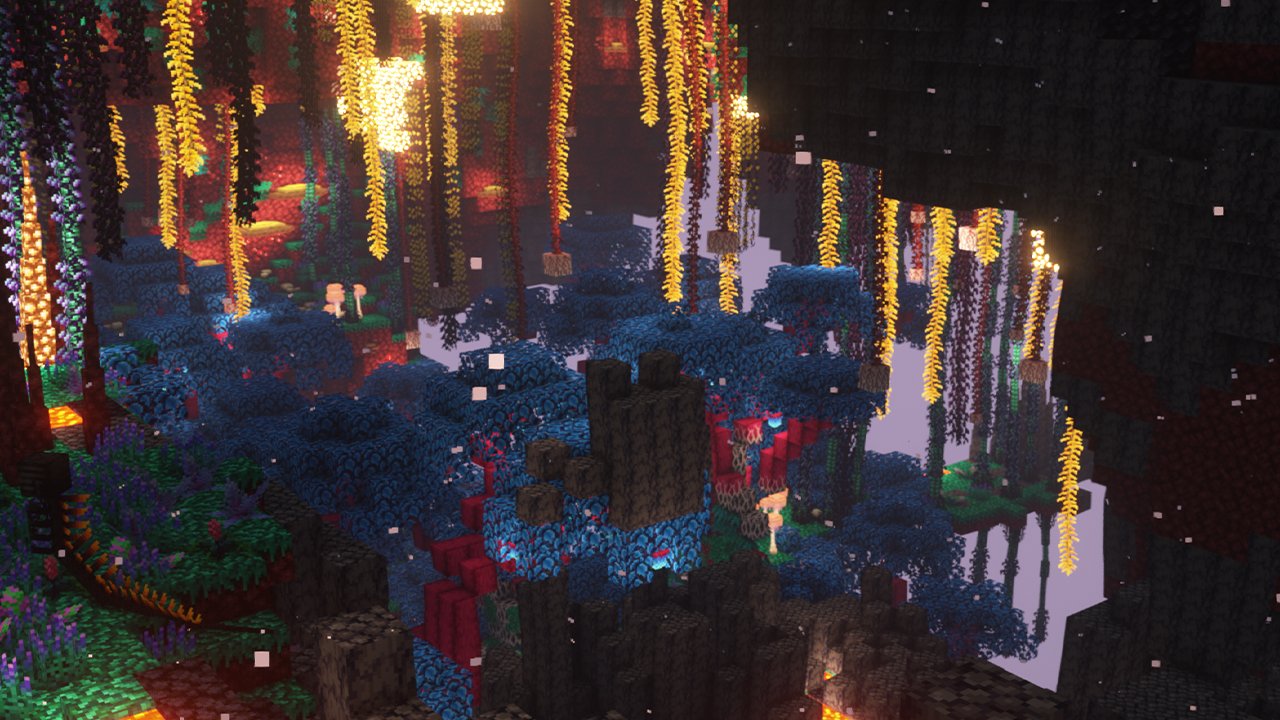 Better Nether has also been updated already. With it installed, you’ll find a complete overhaul to the Nether, which will feature dozens of plants, unique biomes, some new creatures, structures and a lot more.

The Nether feels almost unrecognizable with this mod installed, with it often being a lot more colorful too. Some structures you might find are Nether Cities, Ghast Hives and Altars. With some new creatures being the Naga, Hydrogen Jellyfish and Firefly.

Decorative items can also be created, like Chairs, Tables and Stools from all new wood types, with there also being some new armor and tools. So there’s a lot to this mod. 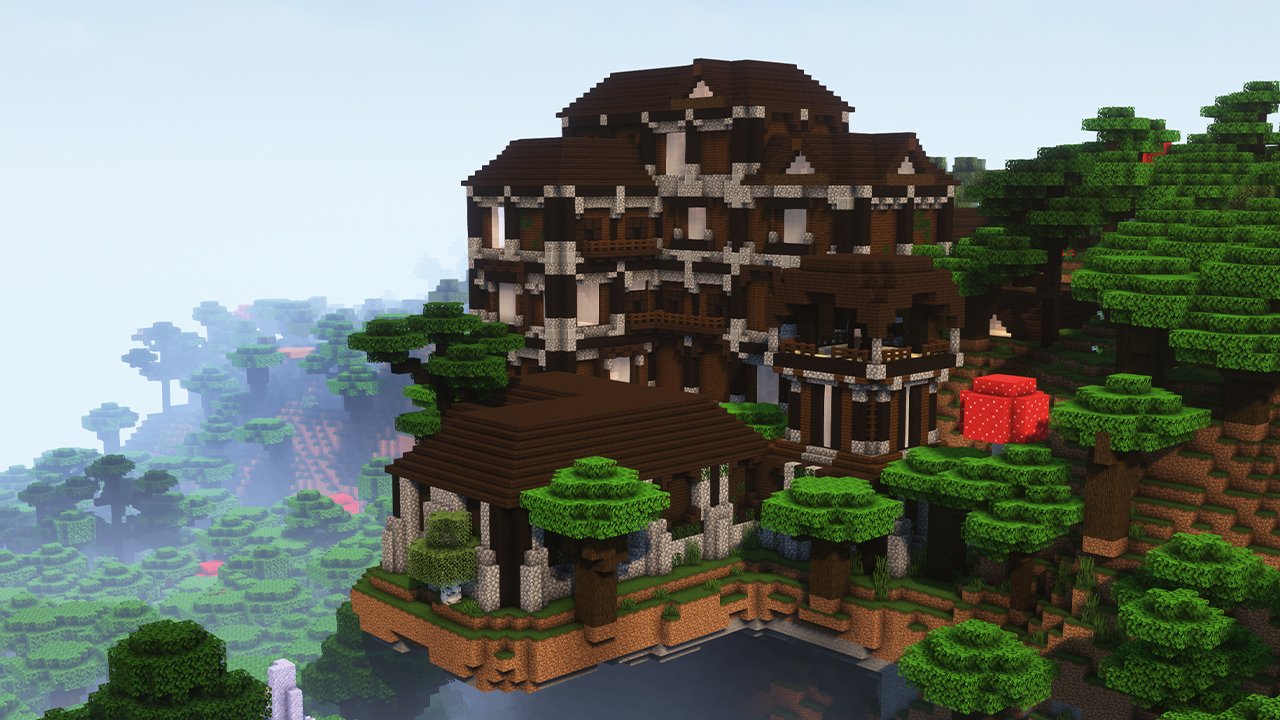 Biome Makeover is going to improve some of Minecrafts Biomes. Currently, it makes changes to the Mushroom Fields, Badlands, Swamp and Dark Forest.

You can expect these locations to be  much more interesting to explore, as they’ll feature new mobs, structures, plants and mechanics. In the Dark Forest, you can expect to find a remastered Woodland Mansion.

Or in the Badlands, you can find entire Ghost Towns which look like they’re from the Wild West. Pillagers also roam these lands, in the form of Cowboys. But the features I’ve mentioned here just scratch the surface of what this mod has to offer. 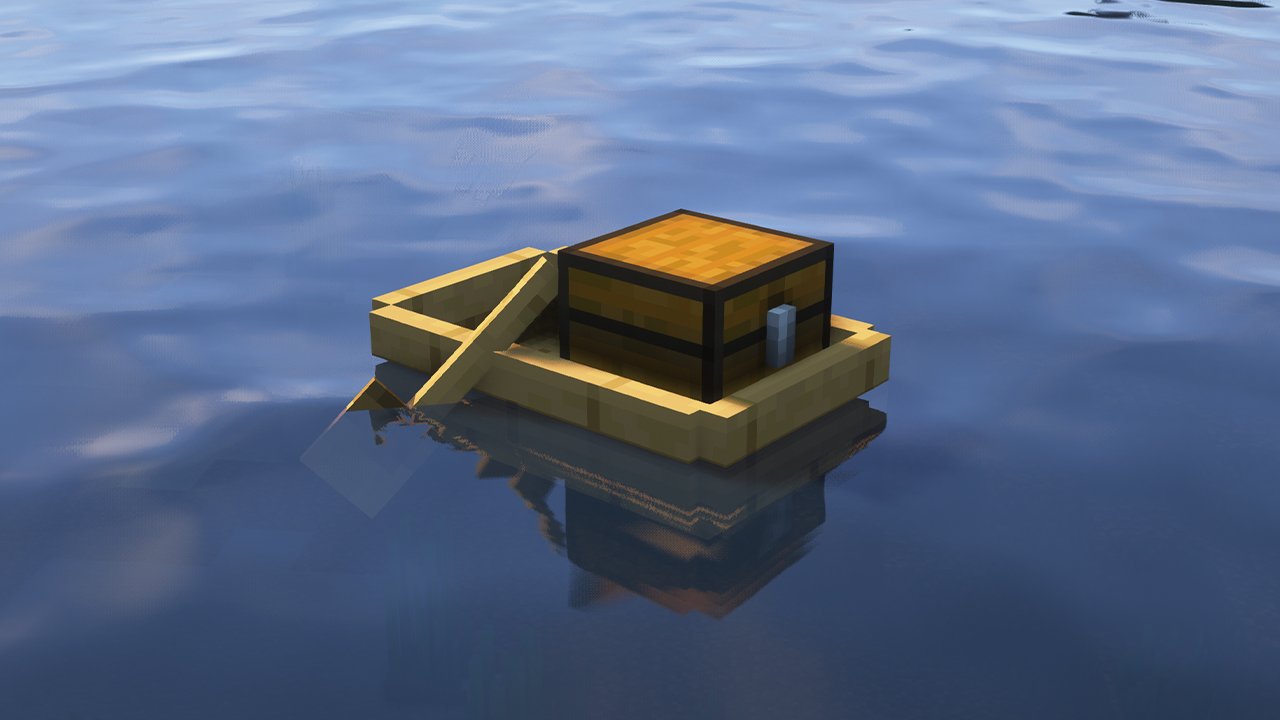 Boat Container will simply allow you to place a Chest inside of a Boat, meaning you can carry more items on longer journeys through Minecrafts Oceans. Alternatively, you can place a Furnace inside a Boat instead, which will allow it to travel at twice the speed when powered with Coal. 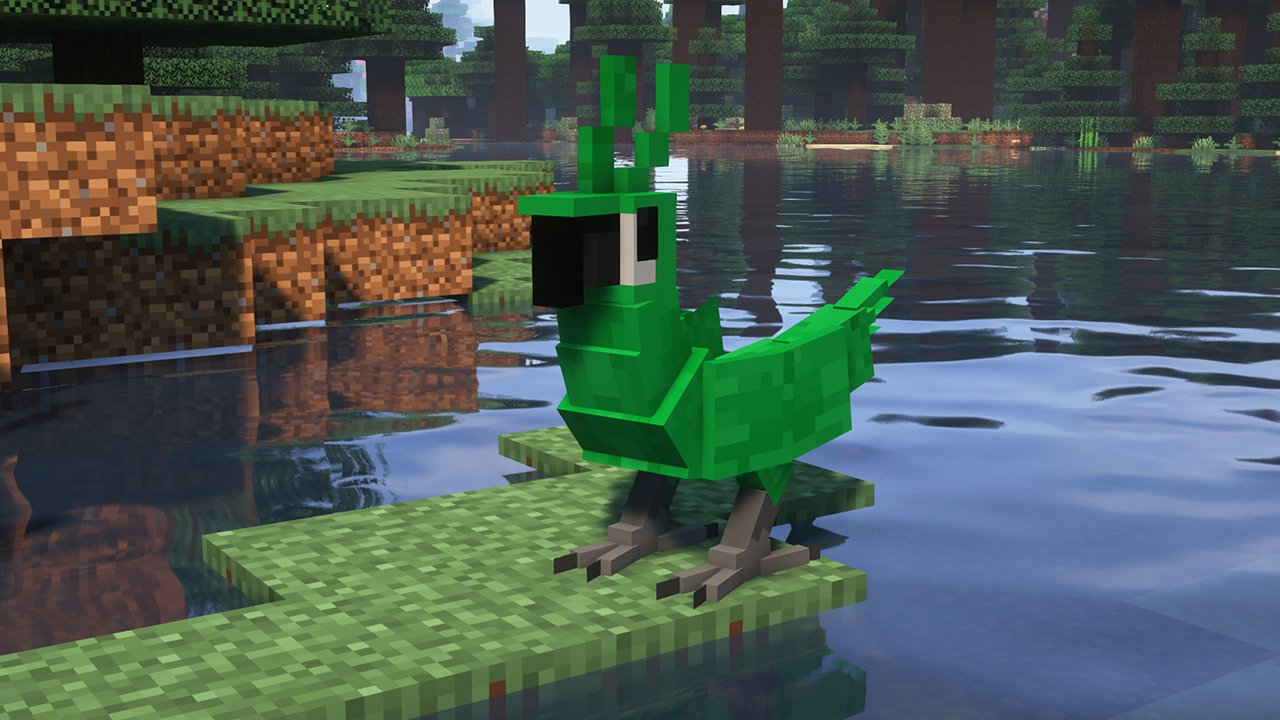 Mega Parrots are new creatures, and can be found inside of the Jungle, Plains, Desert and Taiga Biomes. There’s a few different styles they can spawn with, but name tags can also be applied to give them some other unique designs.

By riding them, you can try to tame them, with the process being similar to a Horse. Then, they can be equipped with a Saddle and Horse Armor. Mega Parrots don’t fly, but they’re pretty fast. 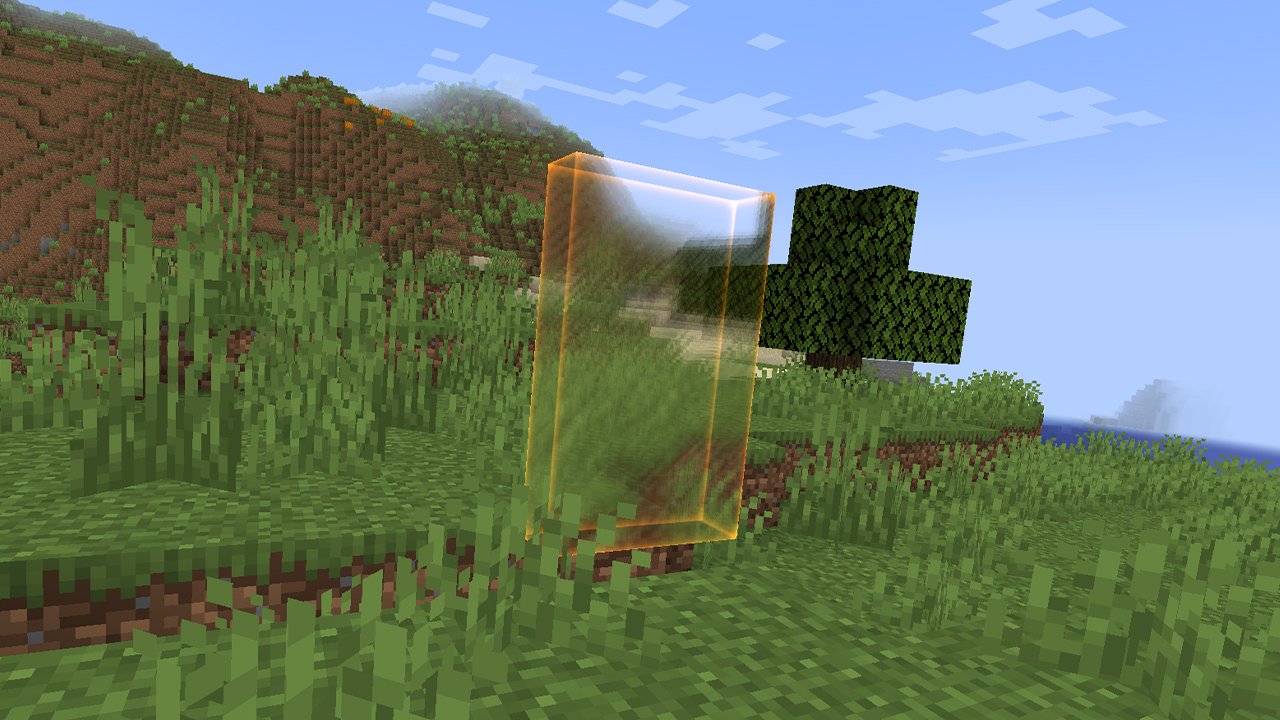 If you watched Loki, then you’ll be familiar with Tempads. To get started with this mod, create the Tempad from 6 Blocks of Quartz, 1 Redstone Lamp, 1 Glass Block and 1 Beacon.

When you interact with the Tempad, an interface will open, with the first menu allowing you to change the colors. In the Run Program screen, you can store locations inside of the Tempad.

Later on, you can select a saved location, and then press the Teleport option to create a doorway leading you to the location. There’s also a recharge period between uses. 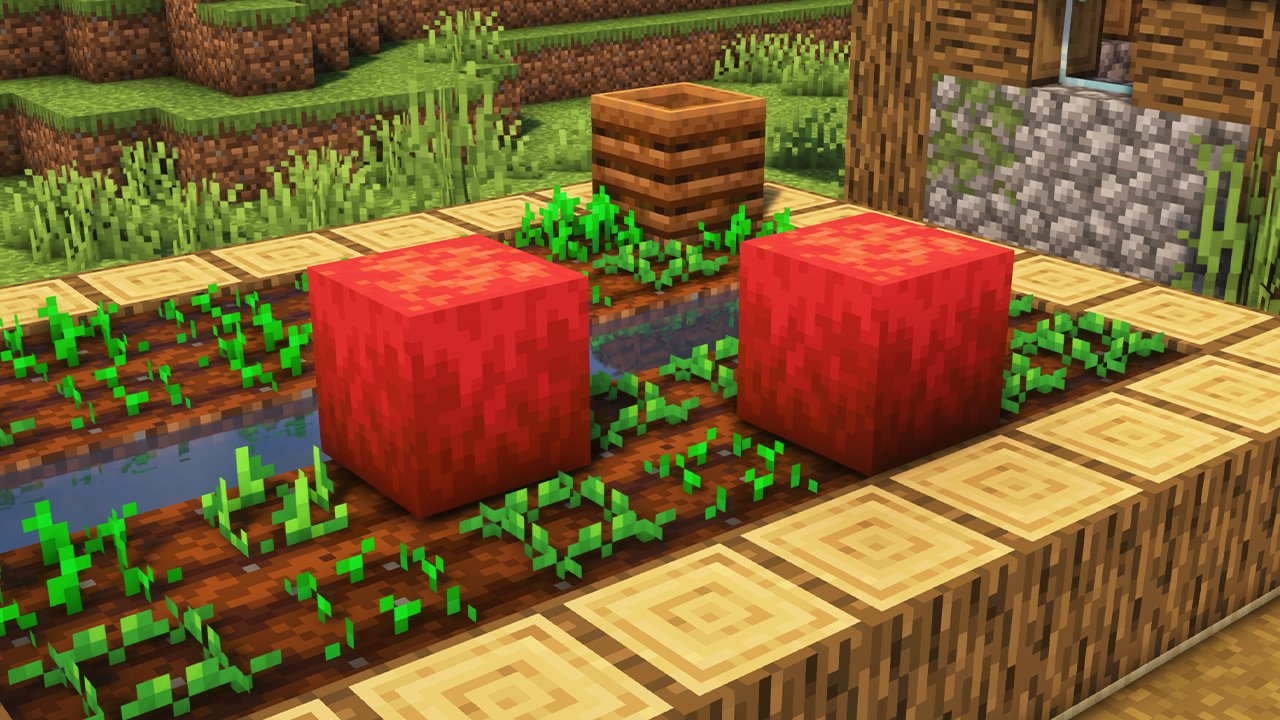 Overweight Farming makes some changes to crops. Firstly, a crop can now grow into an Overweight Block instead, and this works for foods like Beetroot, Carrot, Cocoa, Potato and Apple.

There’s a small chance of these spawning, and when they do, they can be harvested with a Hoe to receive quite a lot of food drops in return. The chance of growing an Overweight Crop can be increased by wearing a Straw Hat, which can be traded from Farmers.

With an Axe, Overweight Crops can also be peeled to receive Vegetable Peels, which can be used in Composting or as Pig Food. 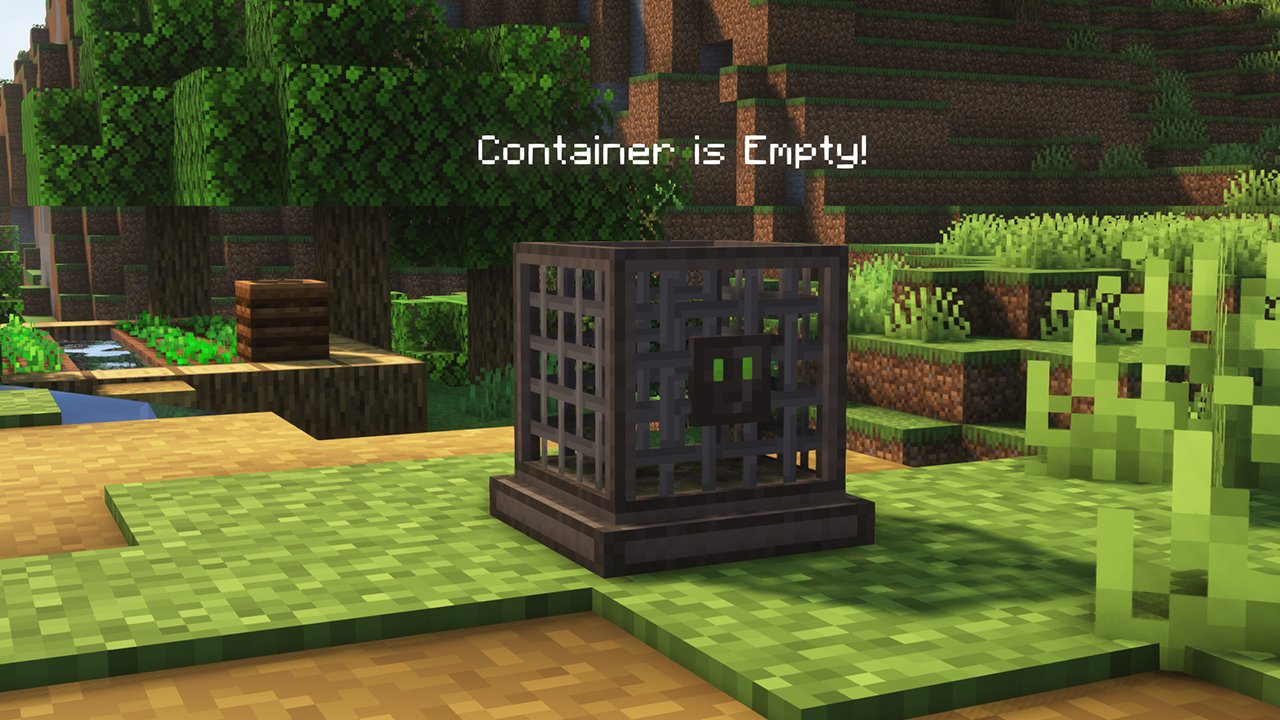 With XP Obelisk installed, you can craft an XP Storage Block. It requires lots of custom items, so I’d recommend using Roughly Enough Items to see the recipe.

You’ll also need an XP Transfer Item. You’ll be able to store and retrieve experience levels from the XP Storage Block, keeping it safe. By using Glass Bottles on the block, you can receive Bottles o’ Enchanting.

Or a lock can be applied to it, so that other players can’t steal your experience. Another new item is XP Berry Seeds, which can be crafted. By growing these on Soul Soil, you’ll receive XP Berries, which can be consumed to be given 3 XP each time. 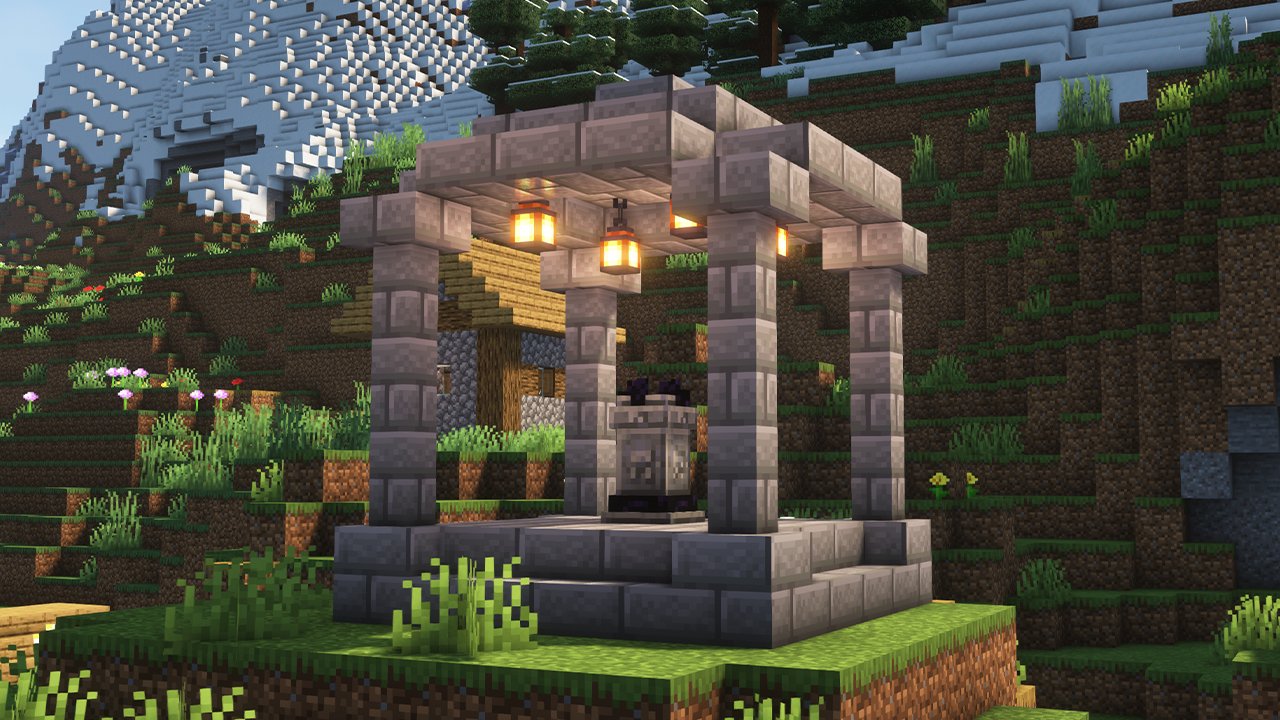 A great mod for traveling throughout your world is Fabric Waystones. You’re able to craft a Waystone yourself, with there being a few different designs to match some different Biomes and Dimensions.

But they can also be found spawning naturally, especially in Villages. Interacting with a Waystone will activate it, and you’ll then be able to travel between other Waystones, at the cost of experience.

They can also be renamed in the settings panel. Some other items can be used, like Local Voids or Pocket Wormholes, which allow players to teleport to a Waystone from anywhere in the game world. 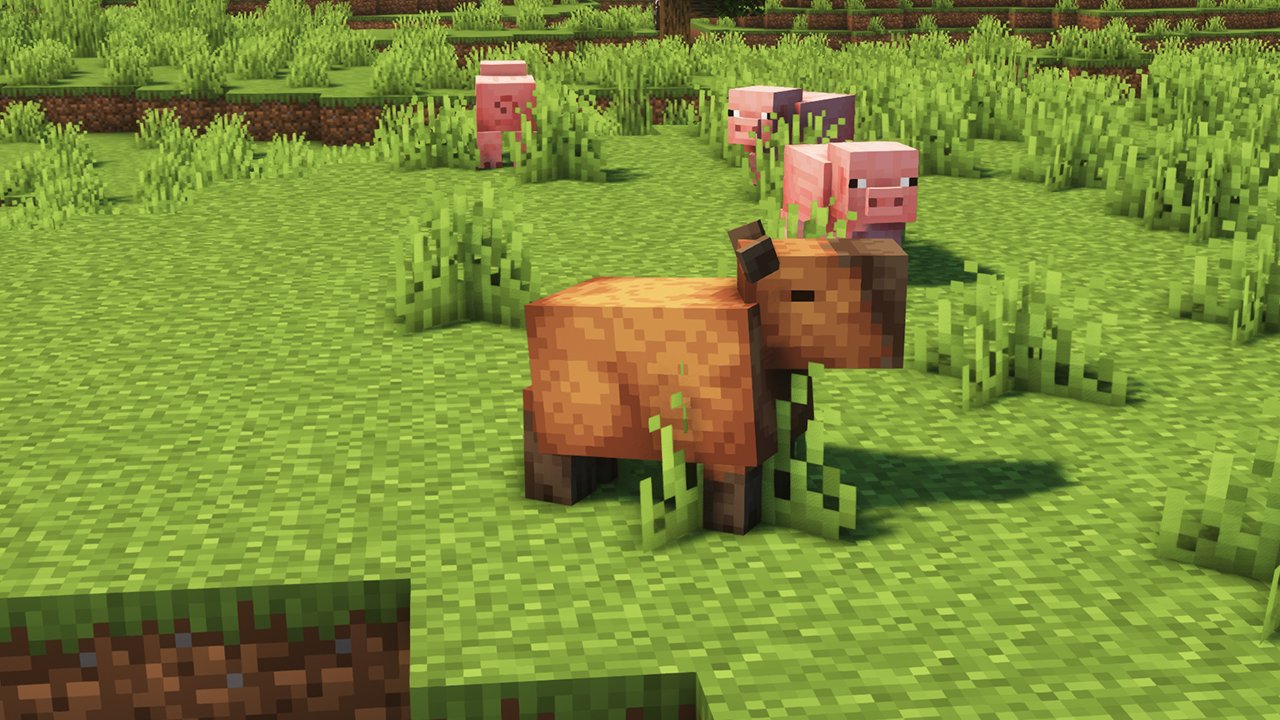 With this mod installed, you can find the Capybara spawning in your world. They have a rare chance of spawning in Jungles, usually in groups.

To tame them, try feeding them some Melon, Sugar Canes or Apples. Tamed Capybara can be made to sit, but they can also have Chests attached to them, allowing them to transport items. You’re able to ride them too, but they can’t be controlled.

But either way, you might find them useful for just carrying extra items around, especially when they’re on a lead. 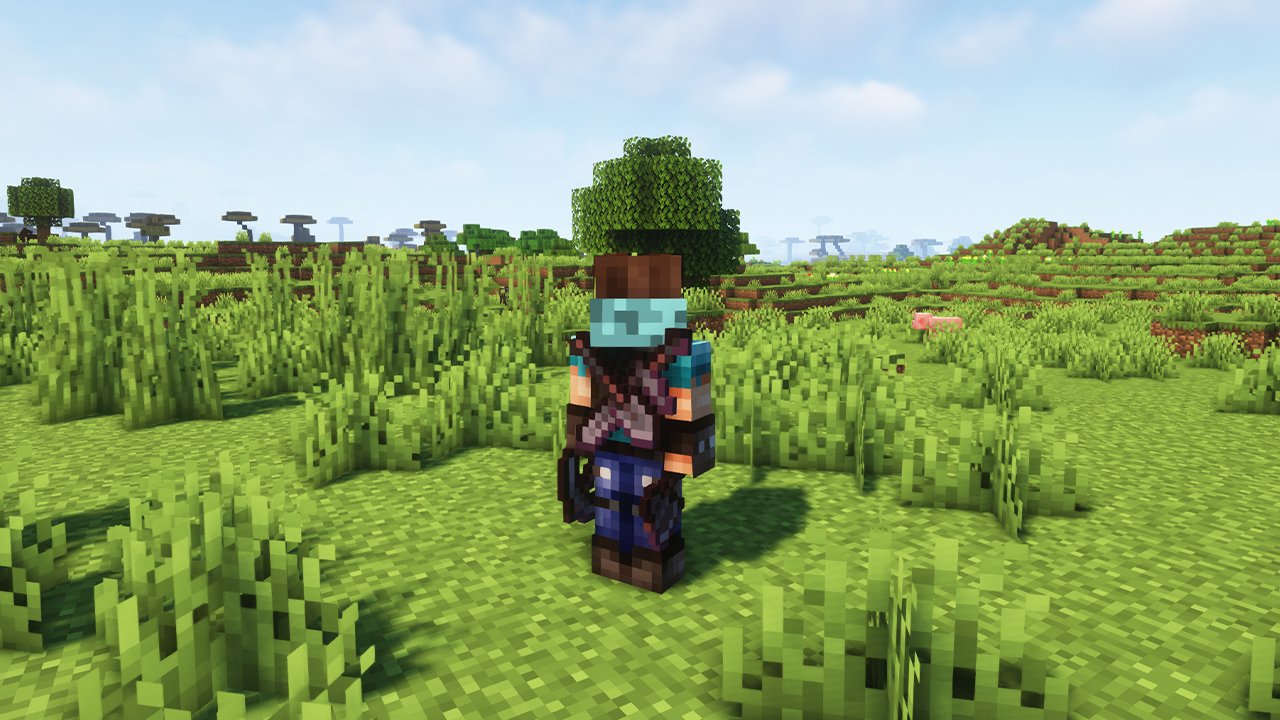 YDM’s Weapon Master will make items that are in your hotbar, visible on the player character. It gives a nice RPG feeling to the game, and makes it look like you’re actually carrying items. By pressing V, you can configure which slots should be rendered. 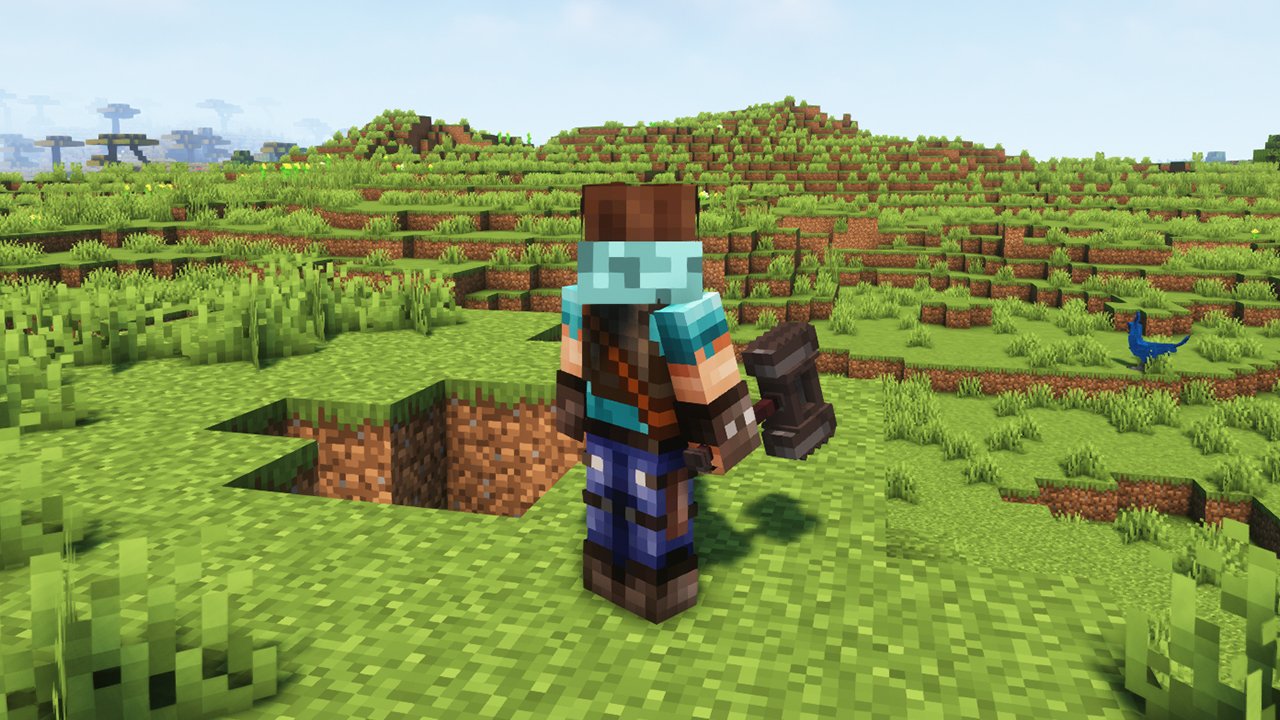 War Hammers are new weapons which can be crafted after installing this mod. They have tiers like regular weapons, such as Wood, Stone, Iron, Gold, Diamond and Netherite.

They deal more damage than a Sword, but their attack speed is slower. And they also act as a Pickaxe, so you can take them mining too. 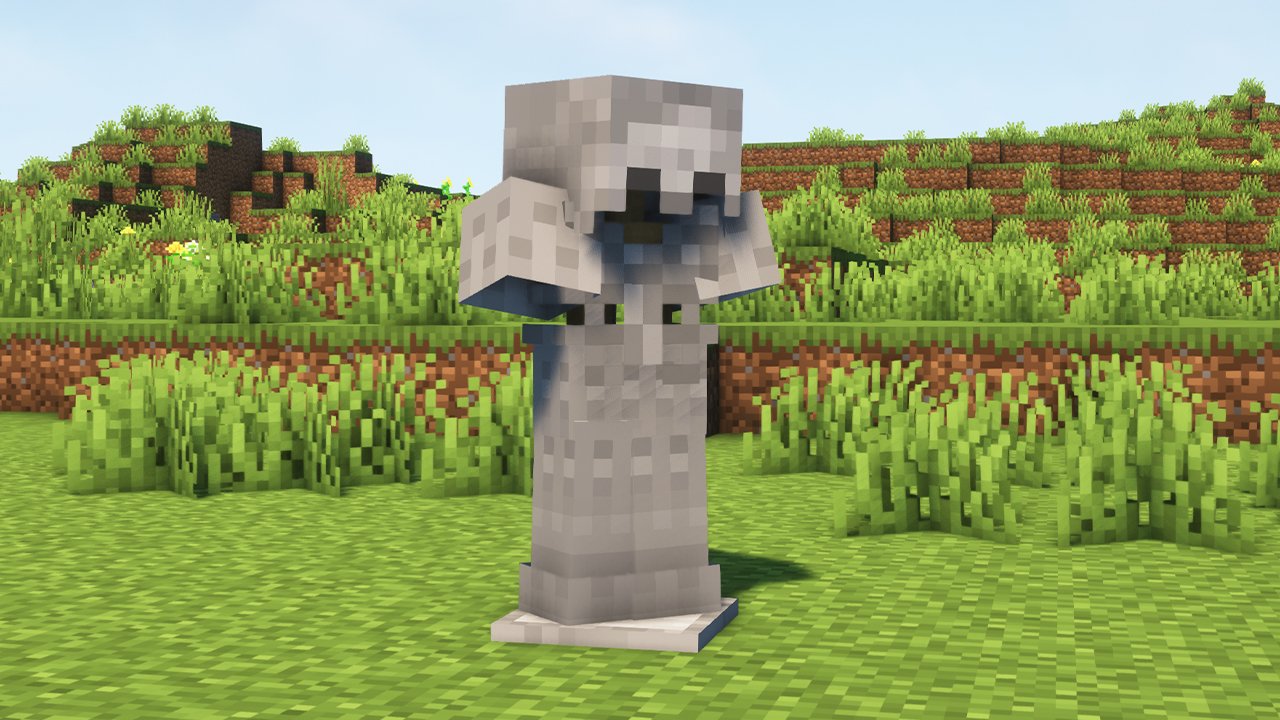 For some new armor instead, try out Bone Equipment. It adds a full set of Tools, Armor, Horse Armor and a Sword, which can all be crafted from Bones. They’re not really strong, being ranked between Stone and Iron, but could be fun for roleplaying purposes. 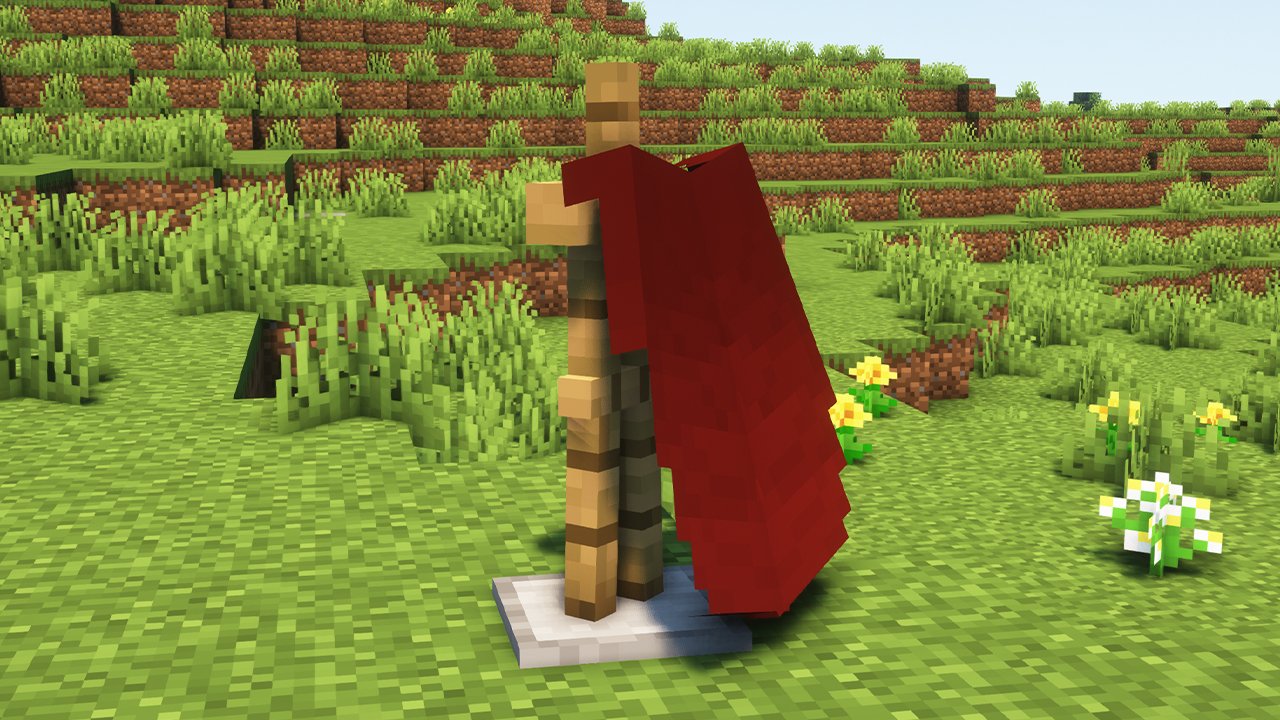 Customizable Elytra will allow you to make your Elytra more unique. There’s lots of options available, like adding Dyes to your Elytra, or Banners instead so that you can add patterns or images.

It’s even possible to give a separate design to each Wing, which can be done by placing the Elytra in a Crafting Table. Your cape pattern might determine the design of an Elytra by default, so place it inside a Crafting Table alongside a piece of paper to disable your Cape. Or instead, add a Glow Ink Sac which will let it glow in the dark. 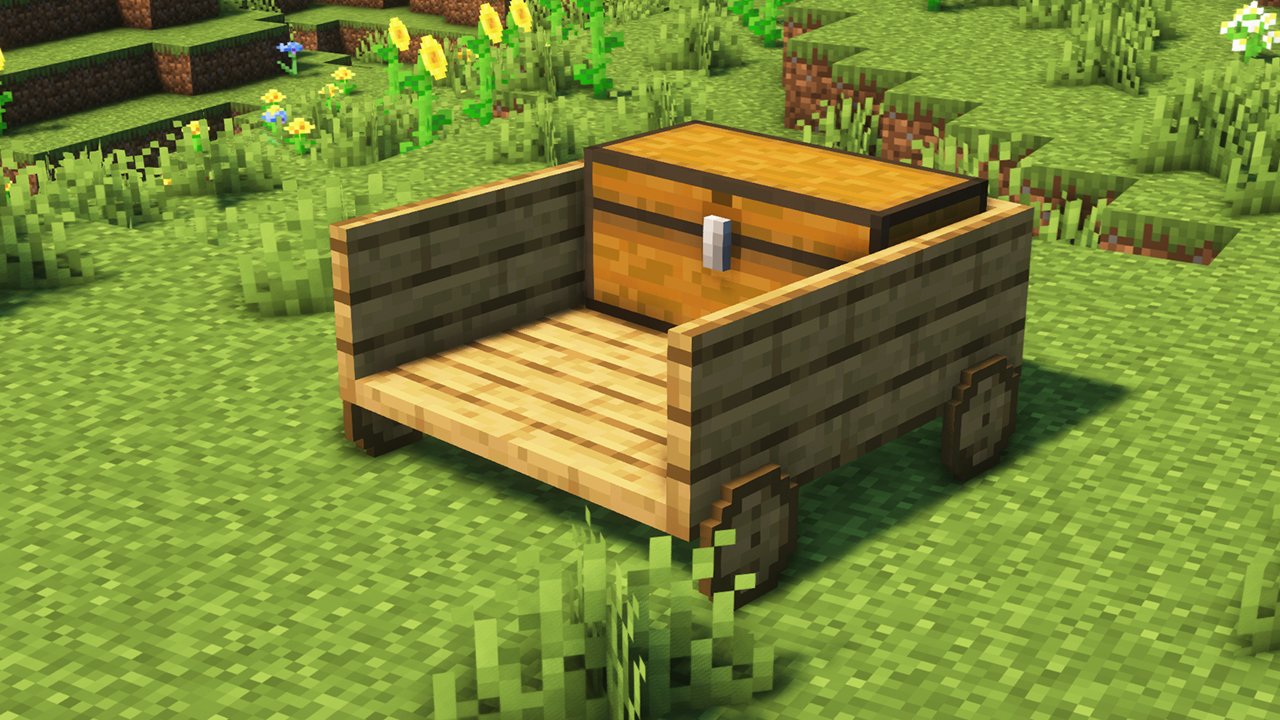 Another Fabric mod I love is Grim’s Transportables. The main feature is that it adds 2 new Carts, which can be attached to Horses. One can hold 4 players, and the other can hold 2 players and a Double Chest.

Although it does include some new rails too, like the Launching Rail, Tele-Sender Rail and High Powered Rail, which all add more functionality to Minecarts. 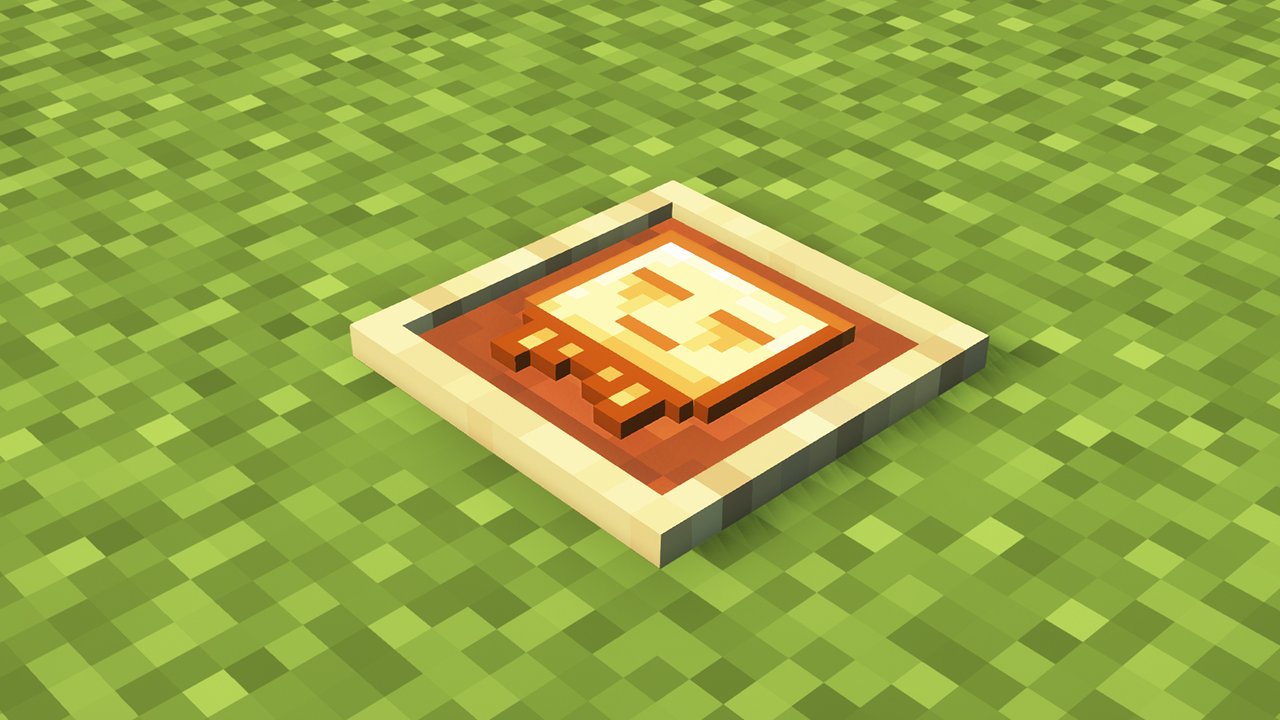 This mod adds 7 new Totems of Undying, which are themed around different creatures. They all have crafting recipes, which use the regular Totem of Undying as a base ingredient, and each one has a different effect.

If you use the Rotten Totem of Undying, then you can summon some Zombies to fight alongside you. 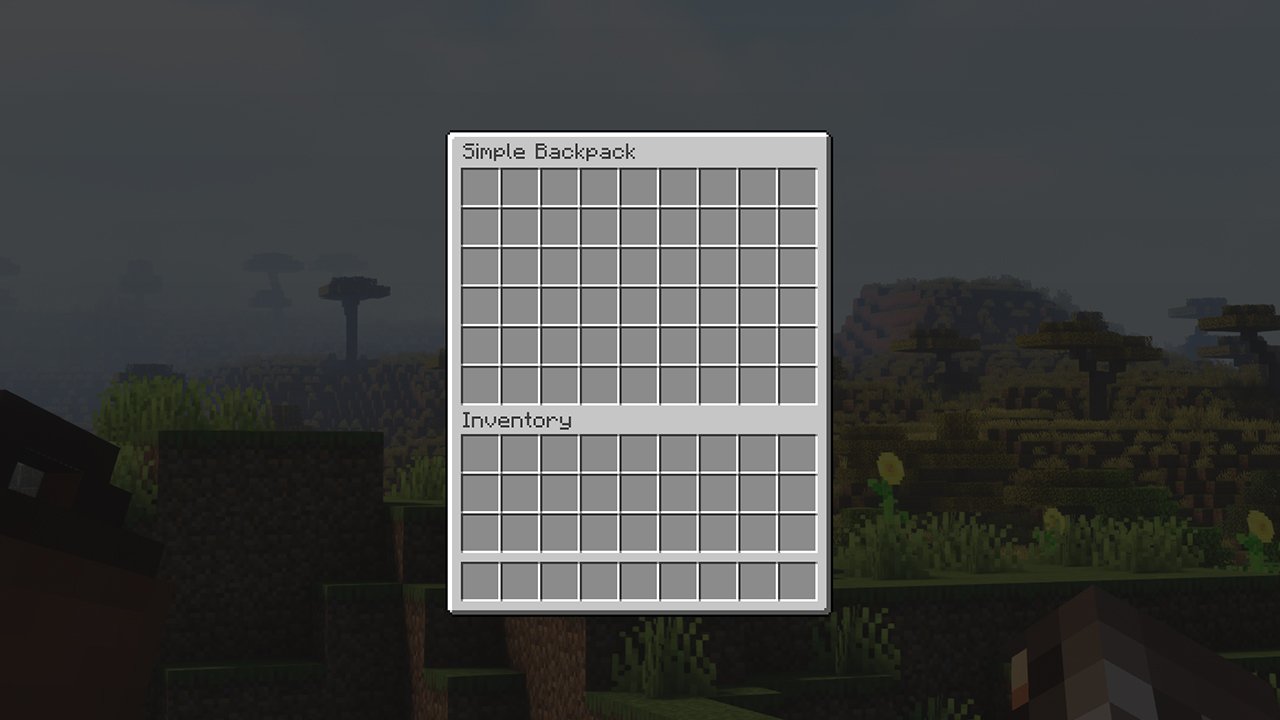 This mod will allow you to create a Backpack from 4 Wool, 4 Iron Ingots and a Chest. It gives 54 slots of storage in total, and just sits in your inventory.

There’s also an Ender Pack for Ender Storage, as well as the Void Pack so items can be voided. For Minecraft 1.19, a Portable Crafting Table was added, which can be opened from the inventory. And Bundles are also a relatively new addition. 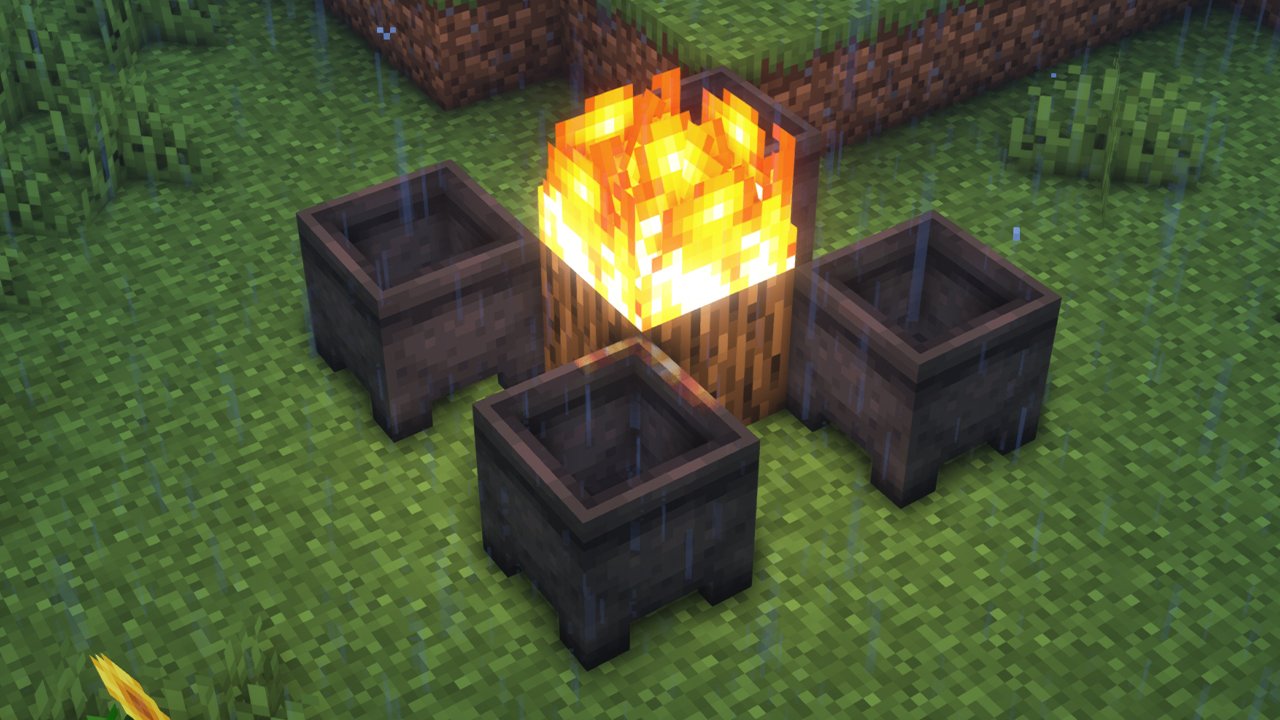 If you’re annoyed by the rain in your world, try out Rain Be Gone Ritual. Place down a Log, and surround it with 4 Cauldrons. When you light the Log on fire, a small explosion will take place, and the rain will stop.