With every new patch of Minecraft, there are so many Easter Eggs and new content that goes undiscovered for a long time, as well as new mechanics which seem like bugs at first. In this list, we’re going to take a look at 20 awesome facts and easter eggs that you might not know about in Minecraft!

These where all tested in Minecraft 1.16, so if you are playing on older or newer versions, not all of these might work still. Here at PwrDown, we’ve covered a lot more content when it comes to Minecraft, including Minecraft Seeds and Minecraft Guides! 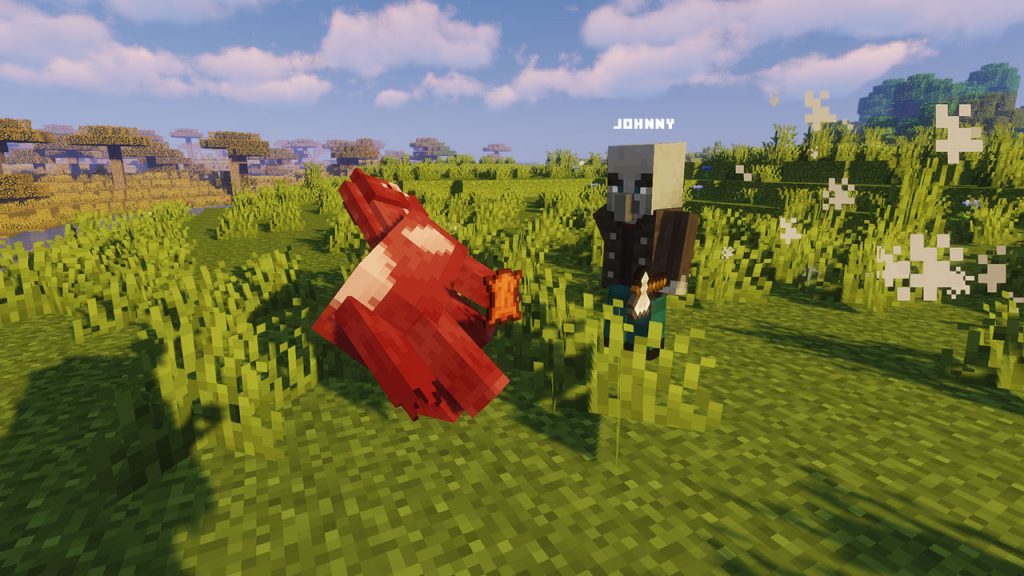 If you apply a name tag to a Vindicator and call them Johnny, they’ll become hostile to every mob in Minecraft. This is a nice little Easter Egg, and also quite useful at times. As Johnny will deal large amounts of damage, he can easily clear out waves of mobs. 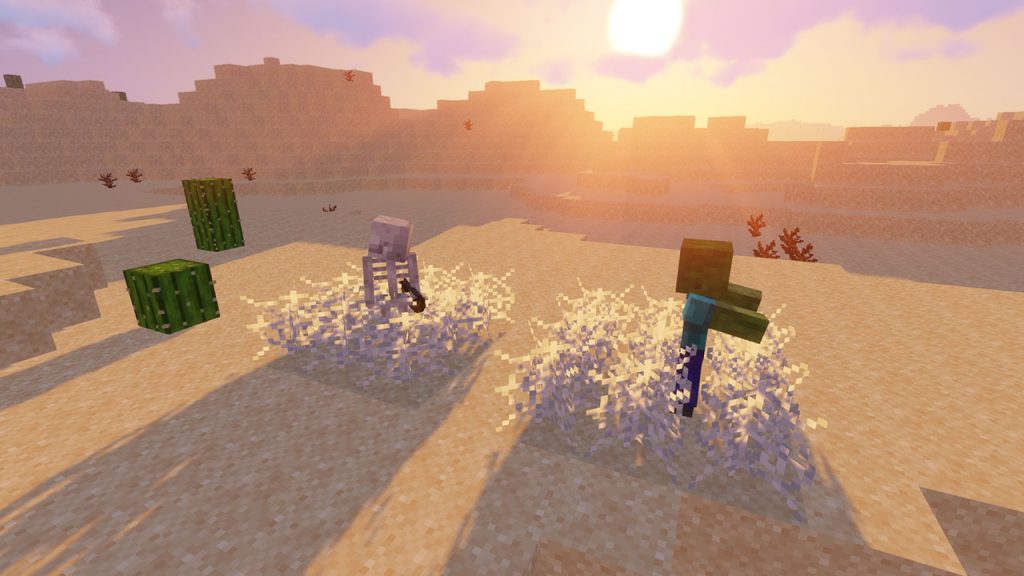 As you already know, both Zombies and Skeletons will burn of a daytime in Minecraft unless they are in the shade or water. However, it’s actually possible to have them be exposed to daylight without burning by simply having them inside Cobwebs. 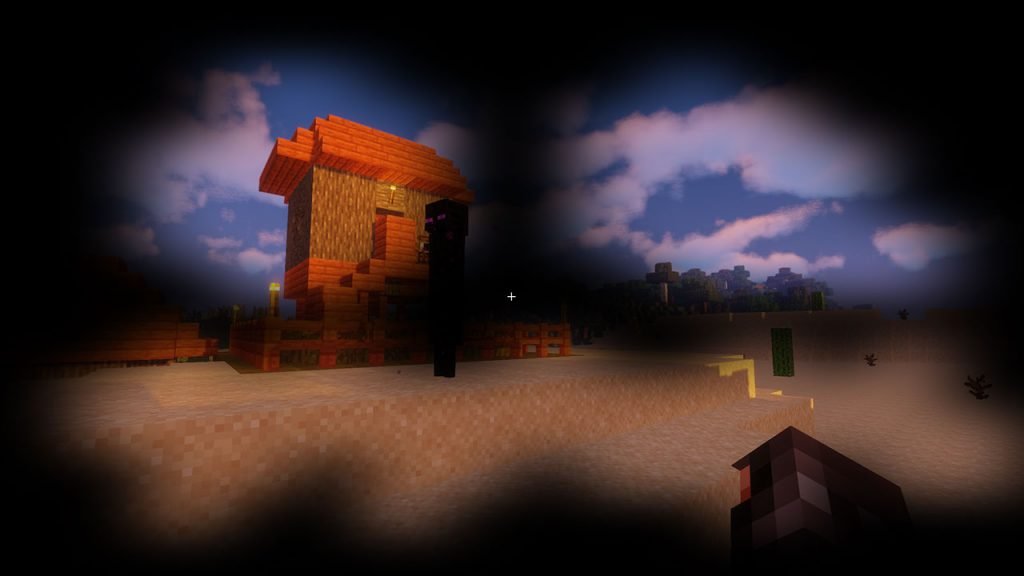 Enderman are a mob that attack in Minecraft as soon as they notice the player making eye contact. Although if you wear a Carved Pumpkin on your head, they won’t attack at all. Probably because they can’t see your eyes. Sadly, this doesn’t stop any Enderman which are already aggressive towards you. 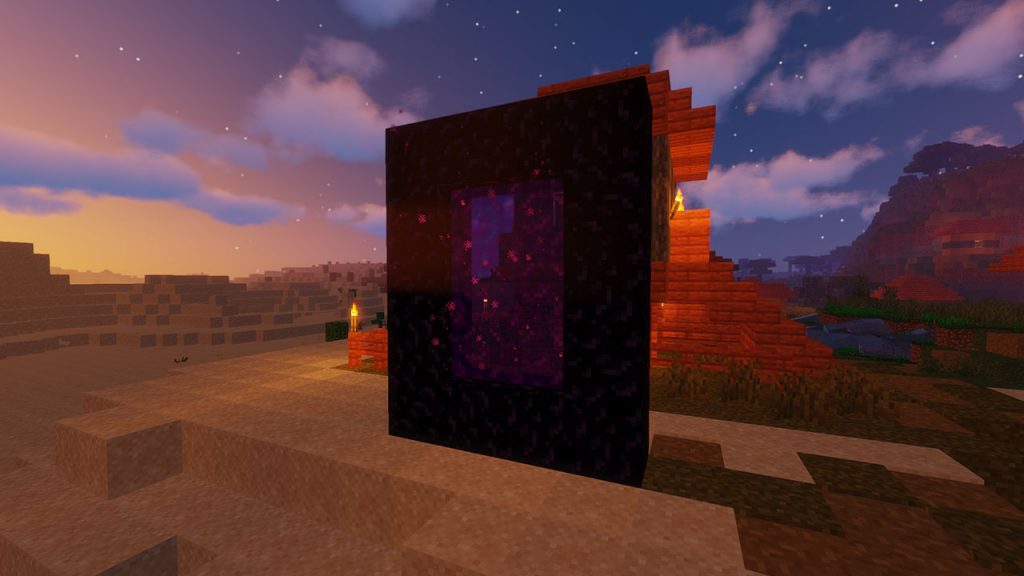 For every block that you travel in the Nether world, you’ll have traveled 8 blocks in the Overworld. This makes traveling through the Nether the fastest way to move throughout Minecraft. As an example, if you travel into the Nether, travel by 100 blocks and then place down a new Nether Portal, you’ll be 800 blocks from where your original Nether Portal was. 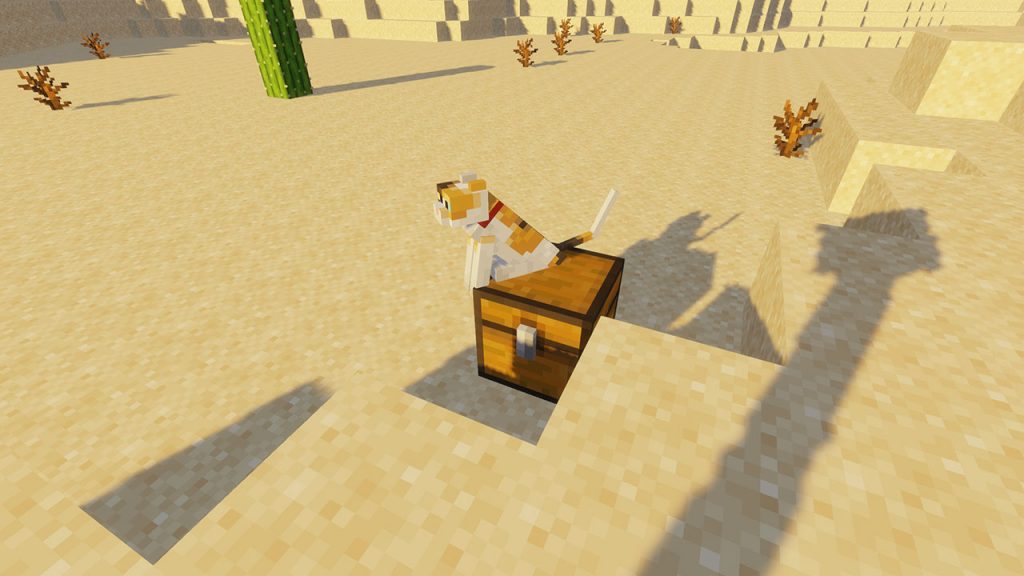 Cats are passive pets in Minecraft, often just lounging around and meowing. When sitting, they sort of act like a block too. Therefor, if you have a Cat walk on top of a chest and sit down, the Chest will be locked and can’t be opened by players until the Cat is moved. 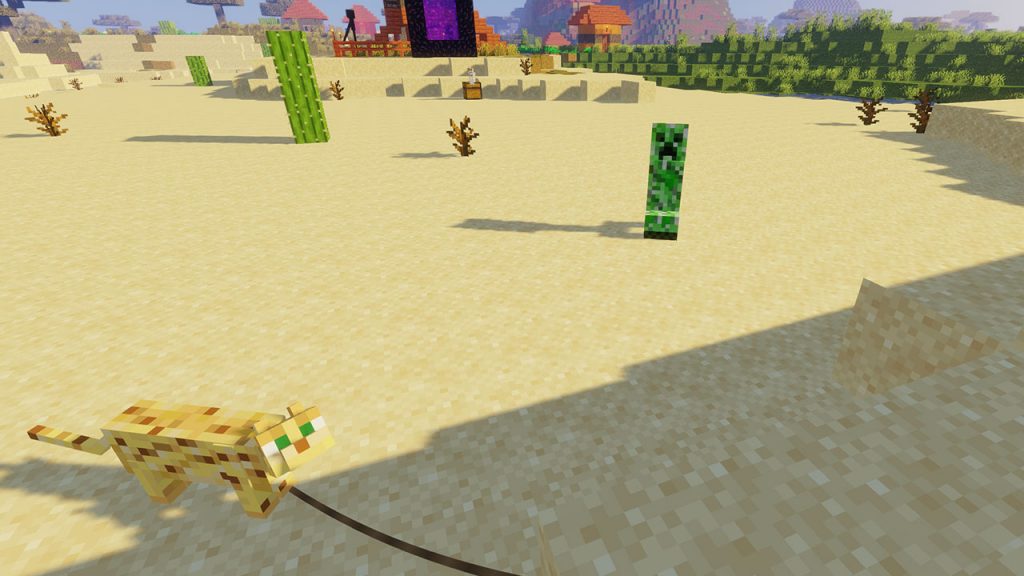 One of Minecraft’s most frightening mobs is the Creeper. You could be deep underground and all of a sudden, you’ll be blown up. Funnily enough, Creepers have a fear of their own, and they are Ocelots. If a Creeper spots an Ocelot, they’ll always run away, making sure there’s at least a six block gap between them. Carrying an Ocelot around on a leash is a great Creeper deterrent. 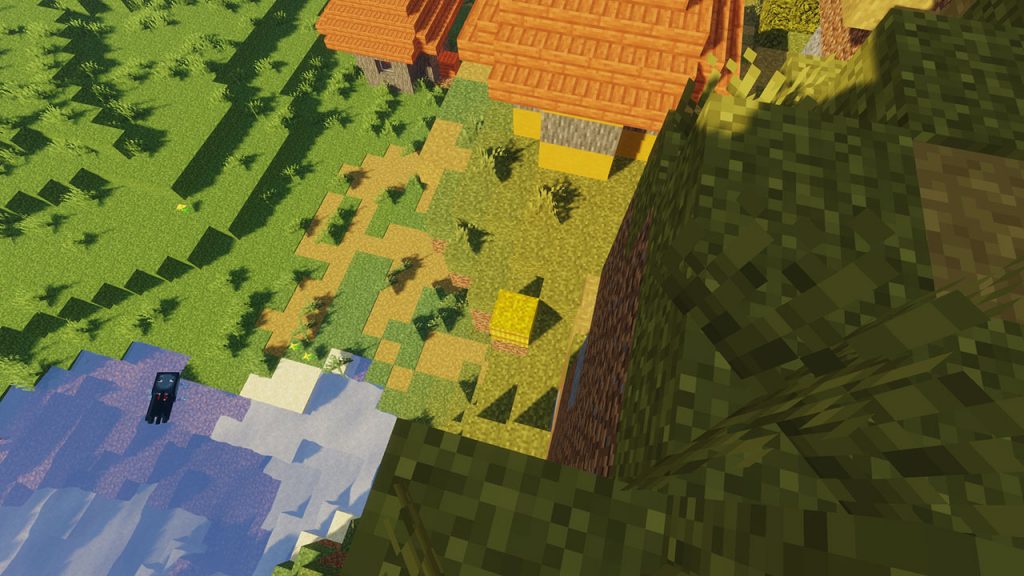 Fall Damage in Minecraft can be lethal, especially from great distances. But did you know that by landing on a Hay Bale, the amount of damage you receive is reduced by 80%? That means you can literally jump from Mountains in Minecraft and survive as long as there’s a Hay Bale at the bottom. You can even place one mid-air if you time it right. 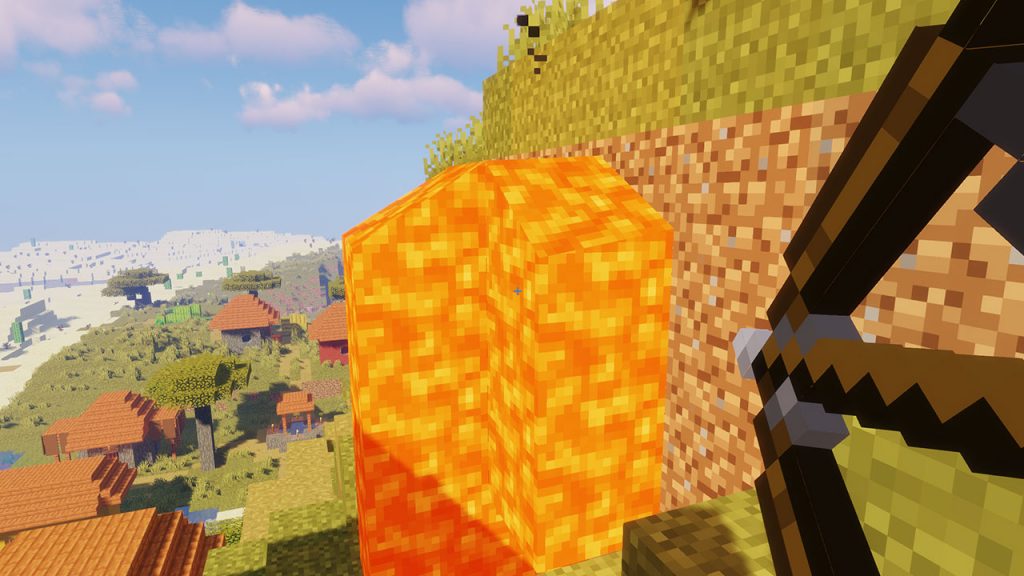 By shooting regular Arrows through Lava in Minecraft, they’ll become Flaming Arrows. These are the same type you’ll usually fire from the Flame Enchantment, except they won’t ignite TNT or set enemies on fire. However, they will cause mobs to drop their cooked variant of food. 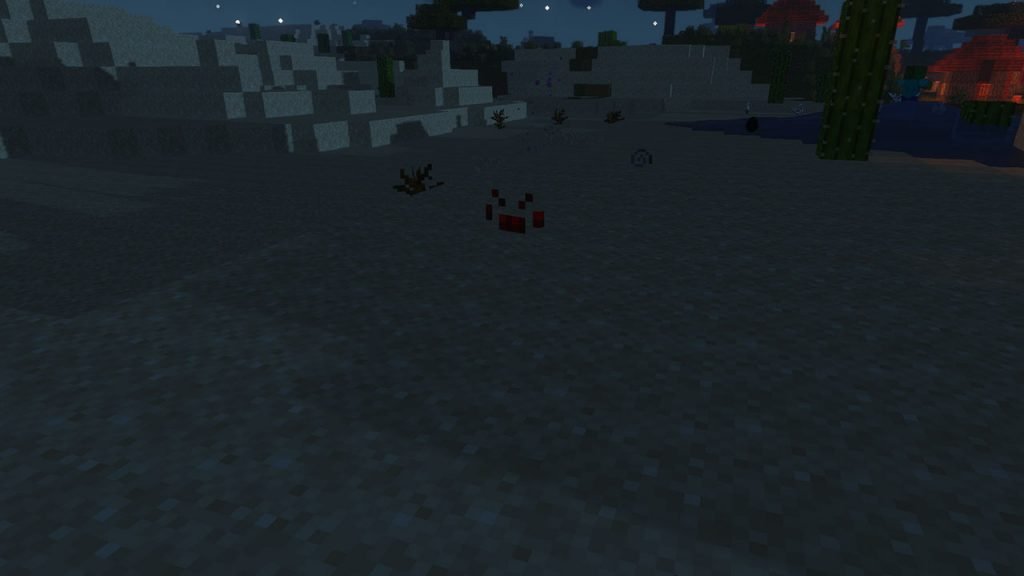 You can throw Splash Potions of Invisibility onto mobs in Minecraft, causing them to be invisible. But if you throw the potions onto Spiders or Enderman, their eyes will remain visible, making them look just a little terrifying. 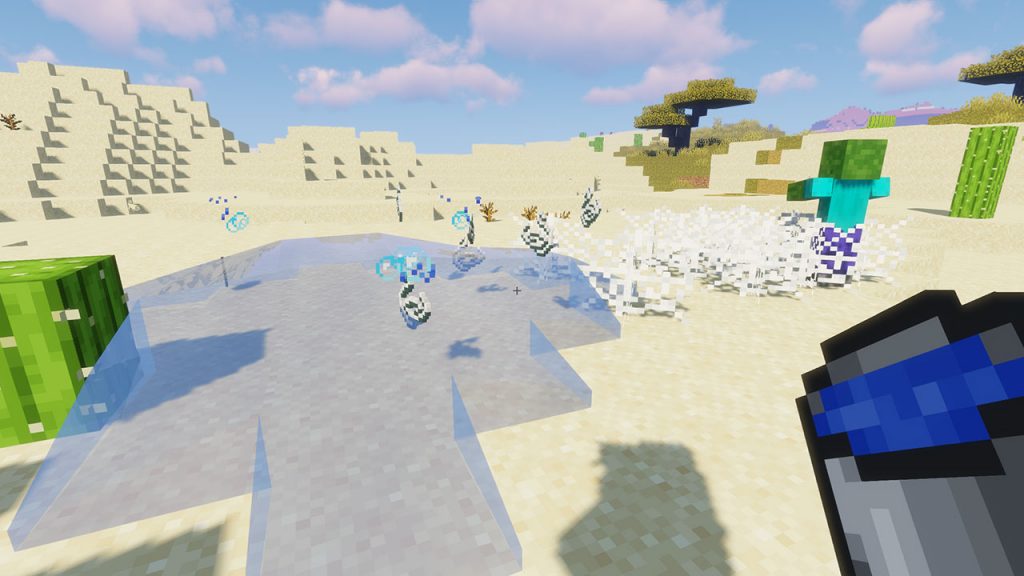 Everyone knows that the easiest way to destroy Cobwebs in Minecraft is with your Sword. However, if you come across many Cobwebs grouped together like in a Spider Dungeon, then you’ll save a lot of time by using a Bucket of Water. Place down the Water and all of the Cobwebs will simply wash away. 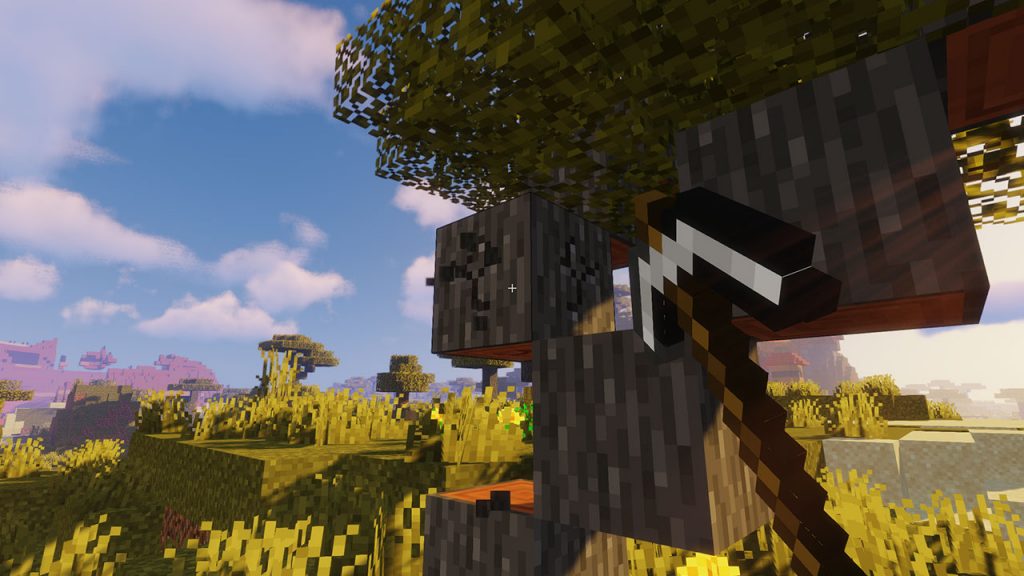 When collecting materials in Minecraft, you should always try to use the correct tool type. If you use a tool outside of its intended use, then the durability will drop twice as quick. A good example of this would be by using your Pickaxe to chop down trees. 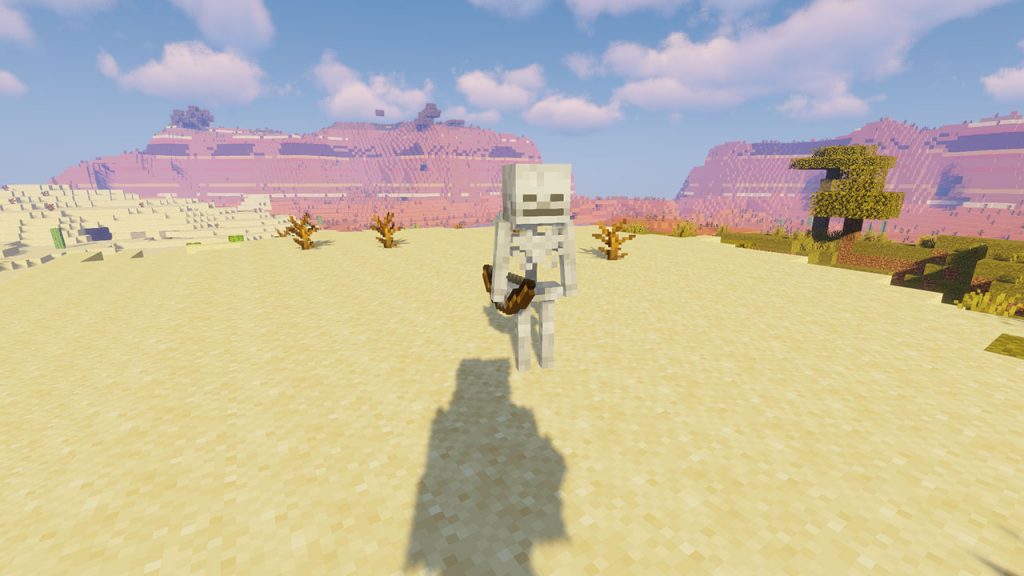 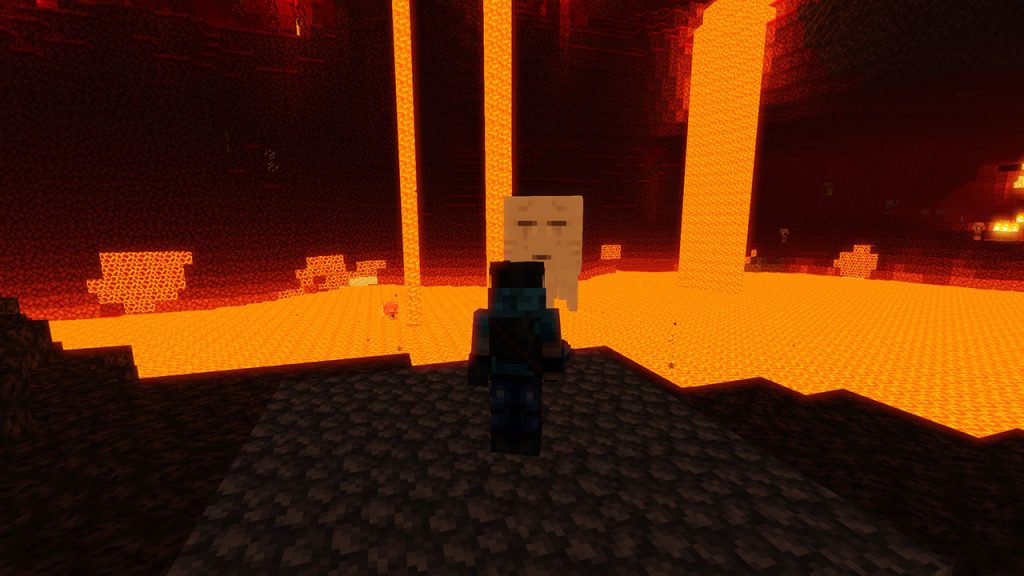 One interesting fact is that Cobblestone is one of the only blocks in Minecraft that can’t be destroyed by Ghast Explosions. This makes it one of the best building blocks for the Nether, especially for keeping your Nether Portal safe. 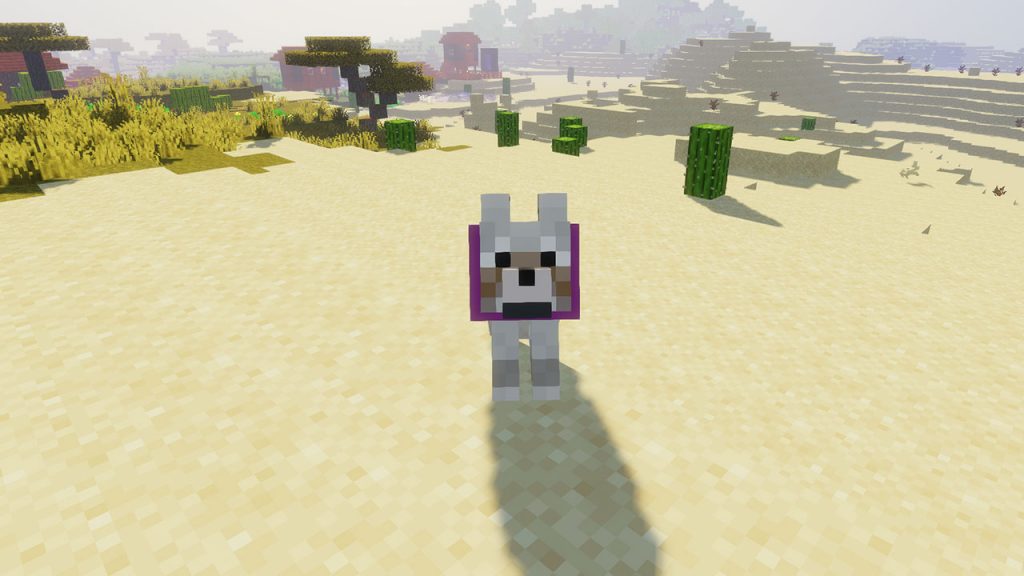 A few players might not know this, but you can actually dye the collars of your pet Wolves in Minecraft. All you have to do is hold dye in your hand, and then interact with a tamed Wolf. It’s especially useful for knowing which Wolf is yours and which are your friends. 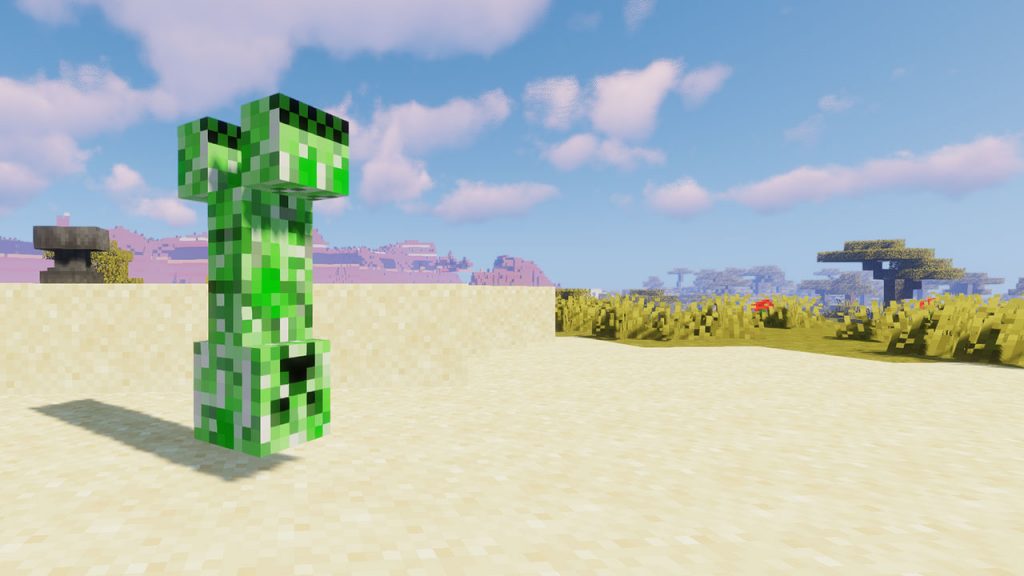 Another hilarious and odd Easter Egg in Minecraft is that you can turn mobs upside down. Place a Name Tag and apply the name ‘Grumm’ to it. Then give this name tag to any mob, and they’ll be thrown upside down! 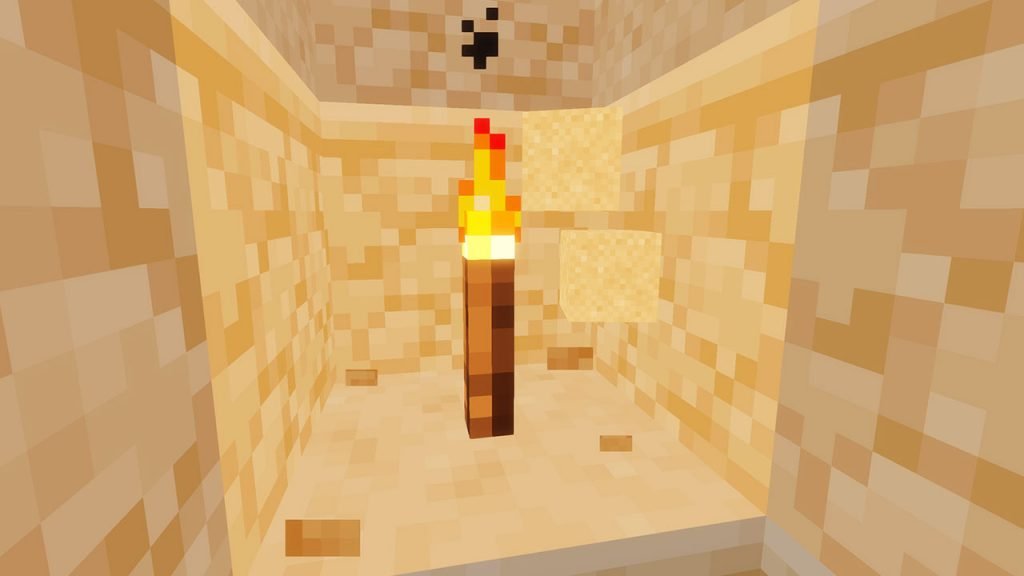 If you’re underneath a Desert and digging away, large amounts of Sand or Gravel might fall on top of you. An easy way to stop this is by placing a Torch under the falling blocks, and this will destroy the entire tower of them instantly. 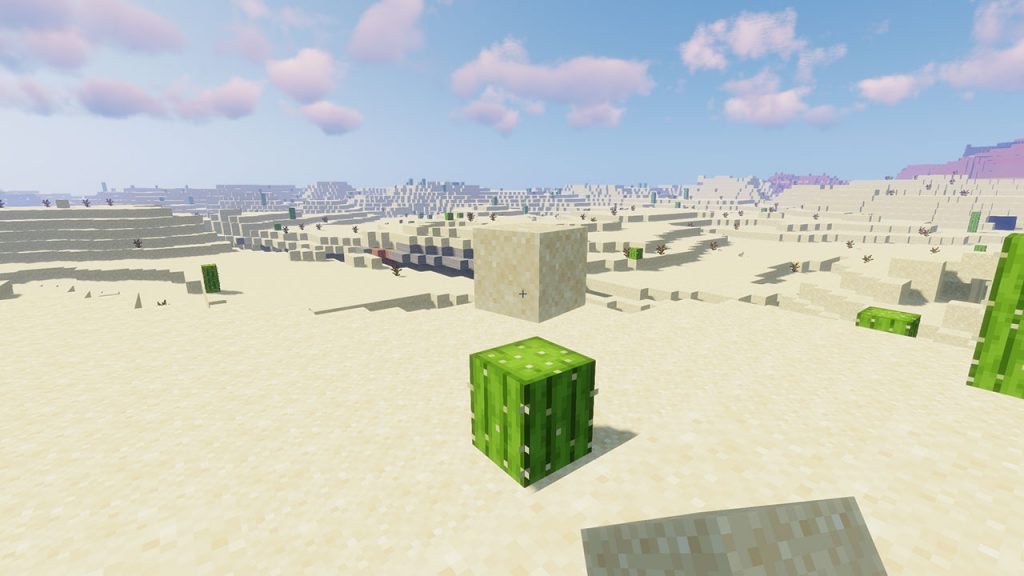 Cactus acts a little like Lava. When you throw blocks into it, they’ll be destroyed. This is likely due to the spikes that come off the Cactus. Having a single block of Cactus in your base gives you an easy way to destroy unwanted items without worrying about Lava. 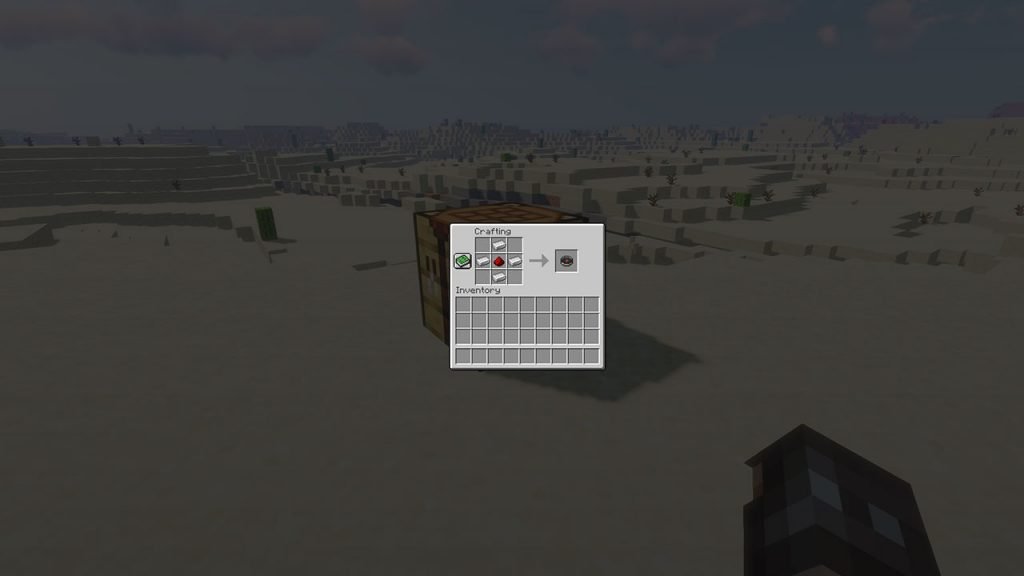 The Compass in Minecraft doesn’t point North. Instead, it points towards your Spawn Point. If you don’t want to sacrifice materials on a Compass, you can simply place the recipe inside of a Crafting Table, and the preview image for the Compass will still show you the way home. 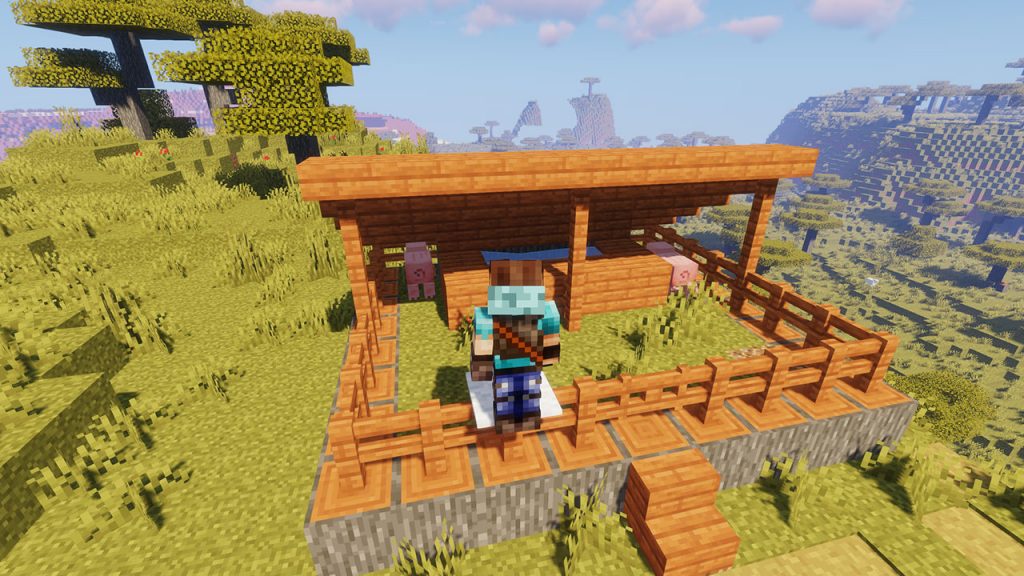 Fences are one of the only blocks that you can’t jump on top of in Minecraft. They’re designed this way so that you can stop animals or hostile mobs from getting past them. However, if you place a single piece of carpet on top of a fence, you can jump on top of it, whilst other mobs still can’t. 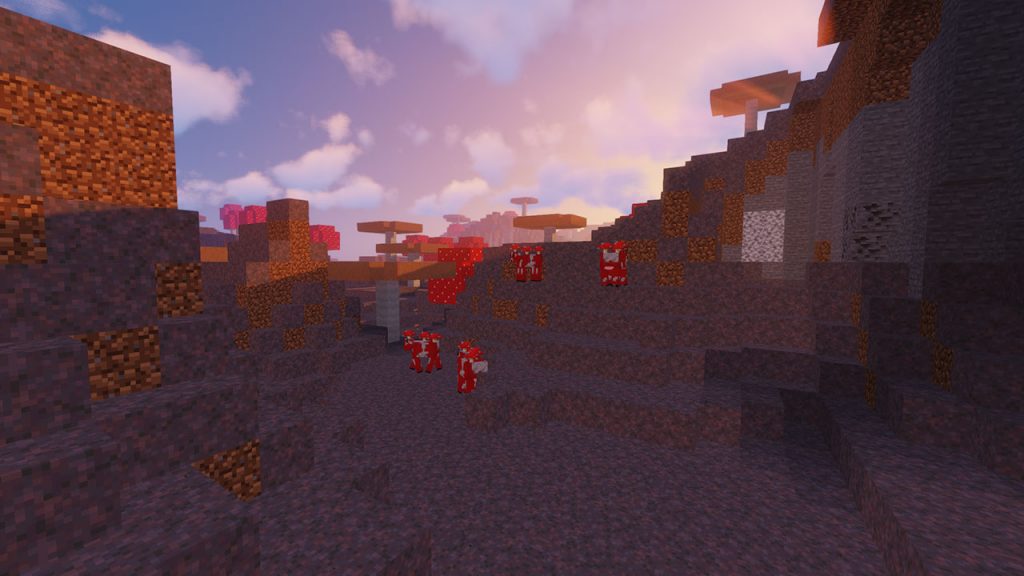 Finally, we can talk about the Mushroom Fields biome, also known as a Mushroom Island. In this biome, hostile mobs can’t spawn, making it one of the safest places to build in the game. There’s plenty of Mooshroom too, which you can farm for Mushroom Stew.