Minecraft 1.16.3 is likely going to be the last version of Minecraft until 1.17. With that said, it’s time to take a look at some of the best mods available that you can download now.

All of these mods where tested with the Forge mod loader. Some are compatible with Fabric, but most aren’t. If you want to see more mod lists like this one, make sure to check out our Minecraft Mods area here at PwrDown! 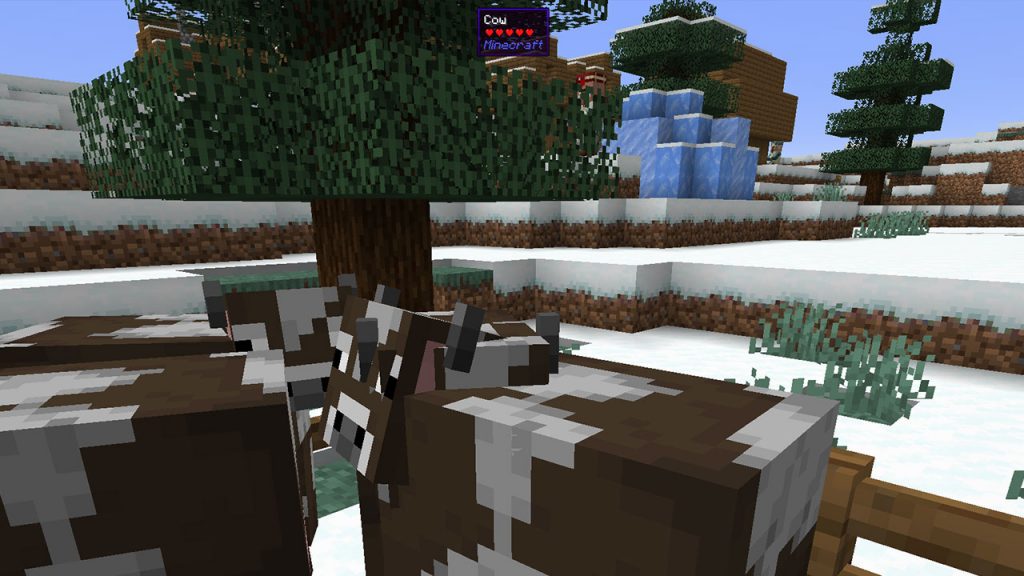 First up is the Here’s What You’re Looking At mod. It adds a small tooltip to the top of the screen, which briefly describes what you’re looking at. It’s very useful when playing modded Minecraft, as it will also tell you which mod the item is from. Whereas if you’re looking at mobs or interactive blocks, you’ll see the health or current status. 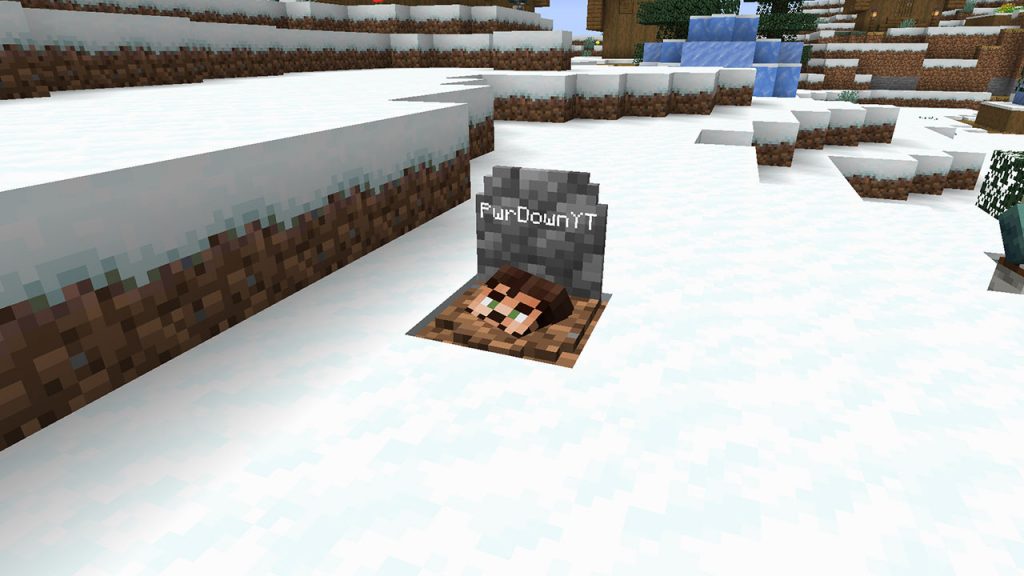 Dying in Minecraft will result in you losing all of your items. They’ll all be dropped to the ground, and will disappear after a few minutes. With the Gravestones Mod, all of your items will be safely stored inside, and a note will be added to your inventory giving the coordinates to the grave.

Reap is a mod which benefits farming in Minecraft, making a few small, but useful changes. Firstly, you can now right click to collect crops. When they’re collected, new seeds and crops will be instantly replanted. Finally, when you use your axe on the bottom log of a tree, the entire tree will fall instead. 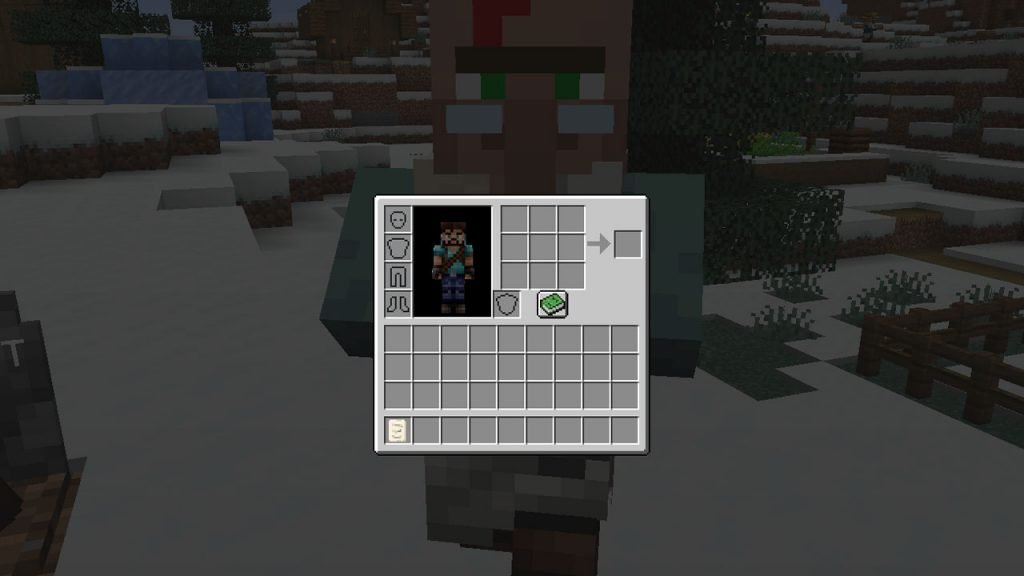 Another simple mod is the Inventory Crafting Grid. In your inventory, you usually have a 2 by 2 Crafting Grid, which is only enough slots to make some very basic items. This mod switches that grid to be 3 by 3 instead, acting as a full on Crafting Table. It’s incredibly useful, but could be considered as cheating a little. 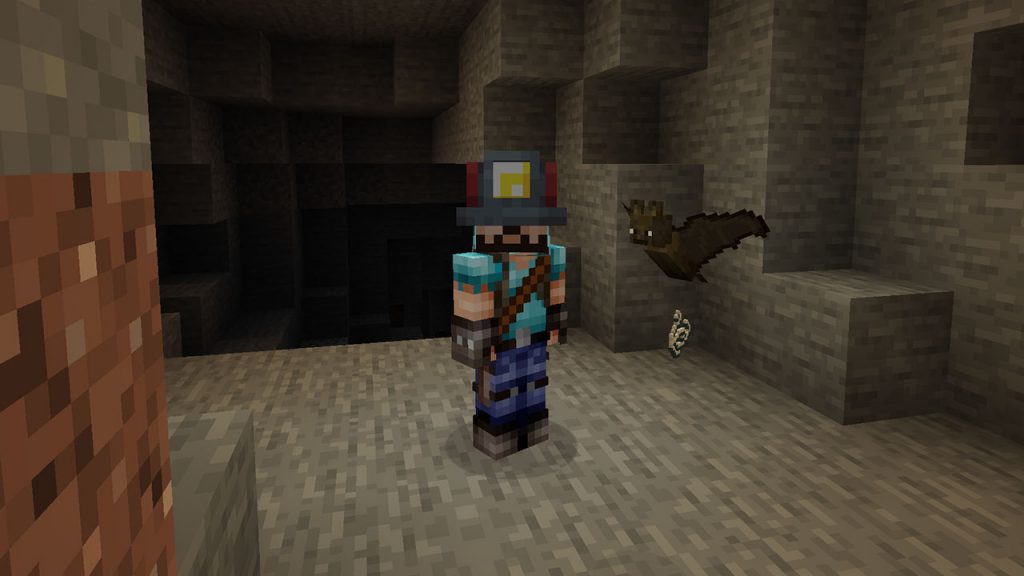 Miner’s Helmet is one of my personal favorites. This mod adds a new Helmet into Minecraft which has a light source attached to the front. Overall, it makes exploring Caves (and walking around at night) a much easier task. You still might want to carry some torches though to remember your path. 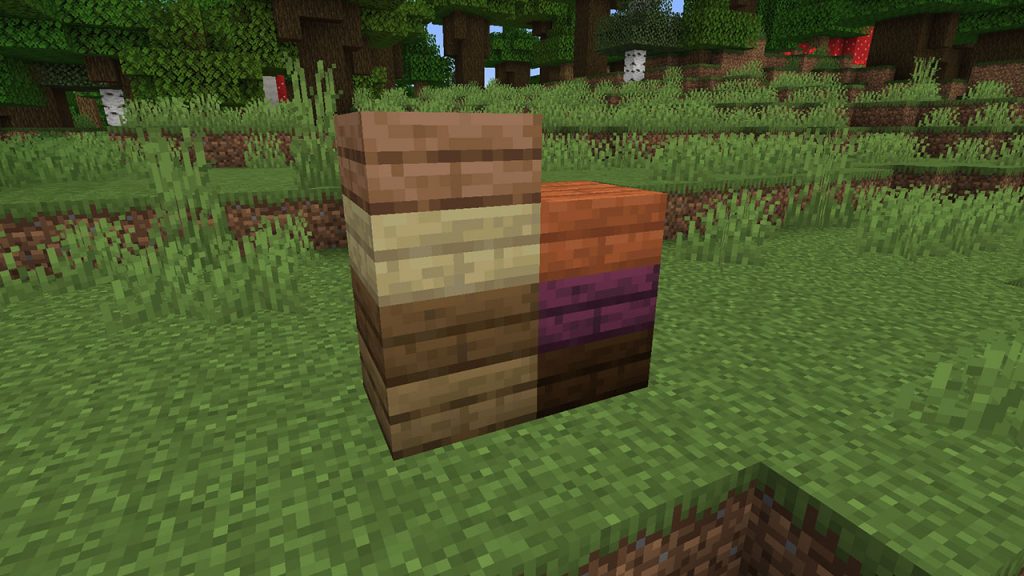 Different types of Slabs in Minecraft don’t connect together. There’s no real reason they can’t, it just hasn’t been implemented into the game. But with the Double Slabs mod, it’s now completely possible. Any types of Slabs can be connected together without leaving a gap in between. 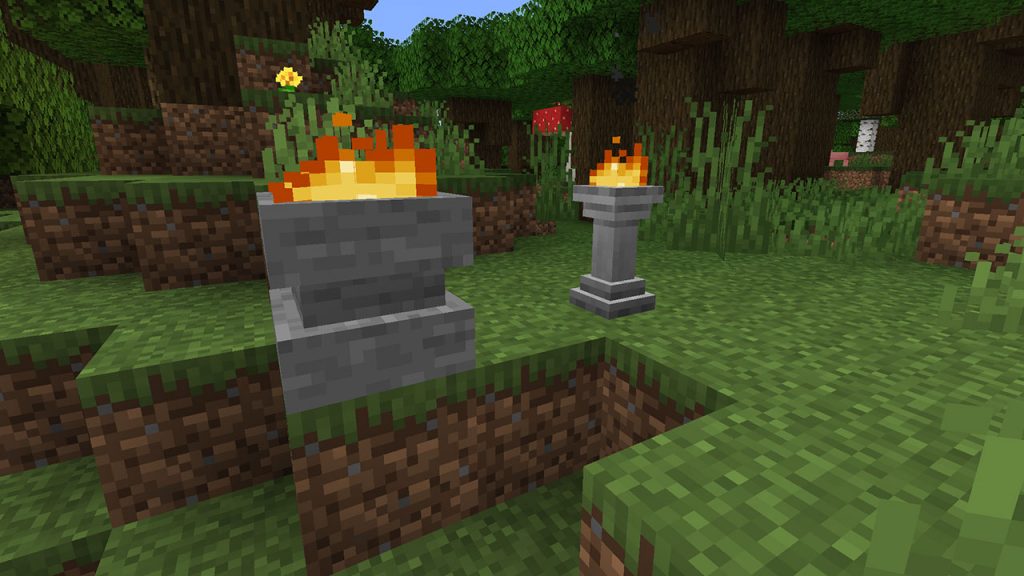 If you love to design bases in Minecraft, then you might enjoy the Additional Lights mod. With it comes 8 new types of lights with over 200 different variations. There’s also two different types of fire, with one being standard orange and the other a blue color. All the different designs allow the lights to blend perfectly into your base.

There’s some speculation that Minecraft 1.17 will bring an update to the much-needed cave system. If you can’t wait until then, definitely take a look at Yung’s Better Caves. It completely overhauls Caves, turning them into something more like Caverns. There’s a few new Biomes too, such as flooded caverns and lava lakes. 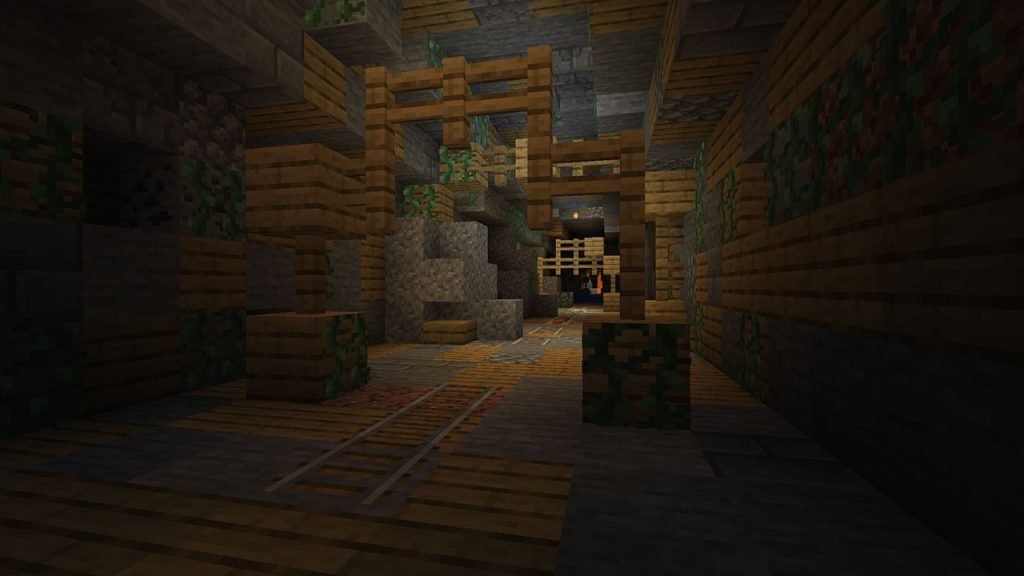 Another mod that is by Yung and will change Caves a bit more is Better Mineshafts. Now they look completely different and unique, featuring 9 different biome variants. The way they spawn is also changed, with ore deposits at the end of tunnels, with new blocks available. 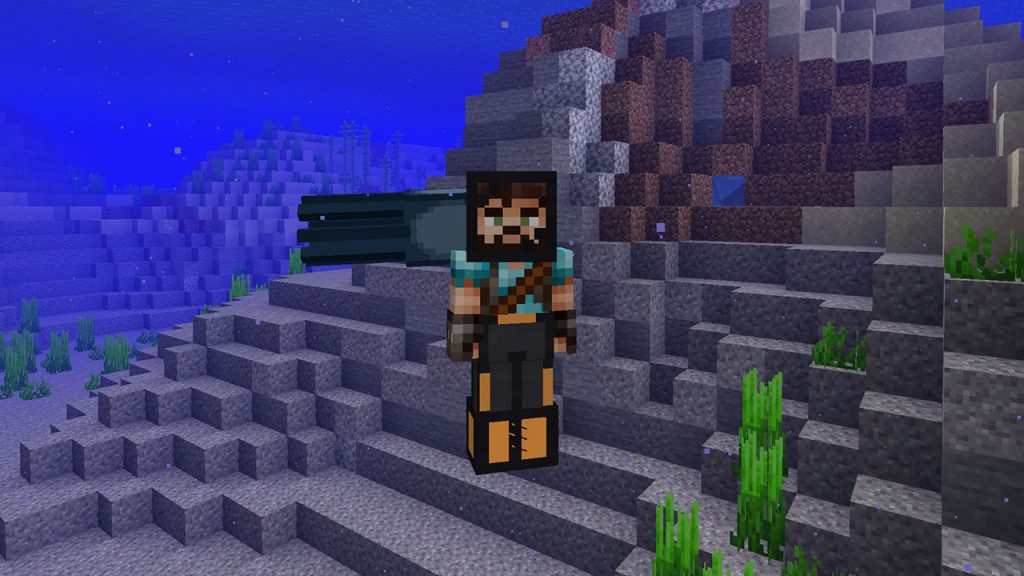 The Simple Diving Gear mod adds some new armor to Minecraft, specifically some leggings, boots and a helmet. These make a few changes to the game when underwater. Firstly, you are able to see clearly as long as you have the lamp variant of the helmet equipped. You can now swim in place, and dig blocks at a normal speed. 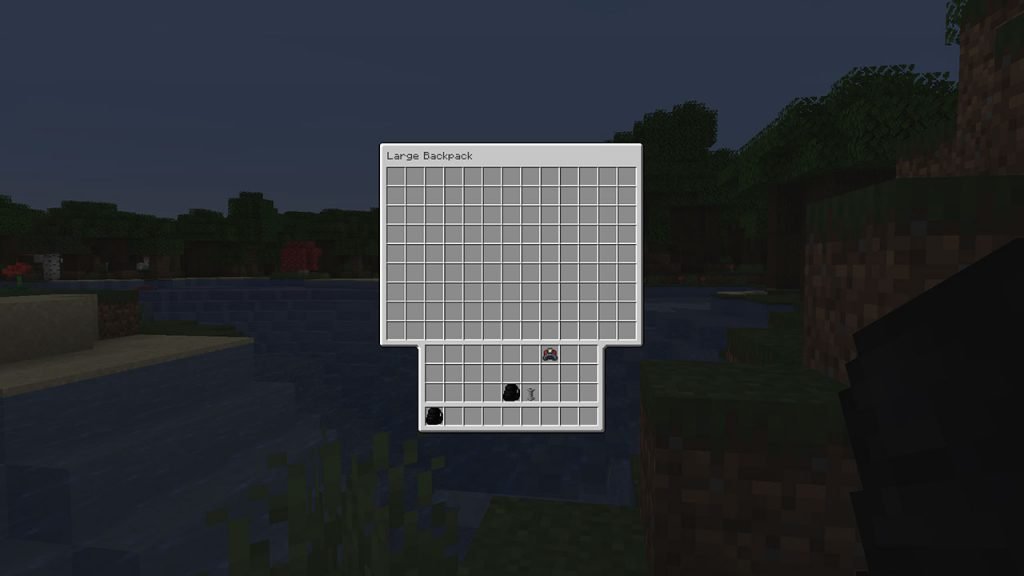 If you struggle with inventory space in Minecraft, then look no further. This next mod adds 3 new backpacks into the game, which are all a different size. These are small, medium and large. The largest version, as seen above has 117 slots in total. They’re great for exploring, and carrying all new modded items. 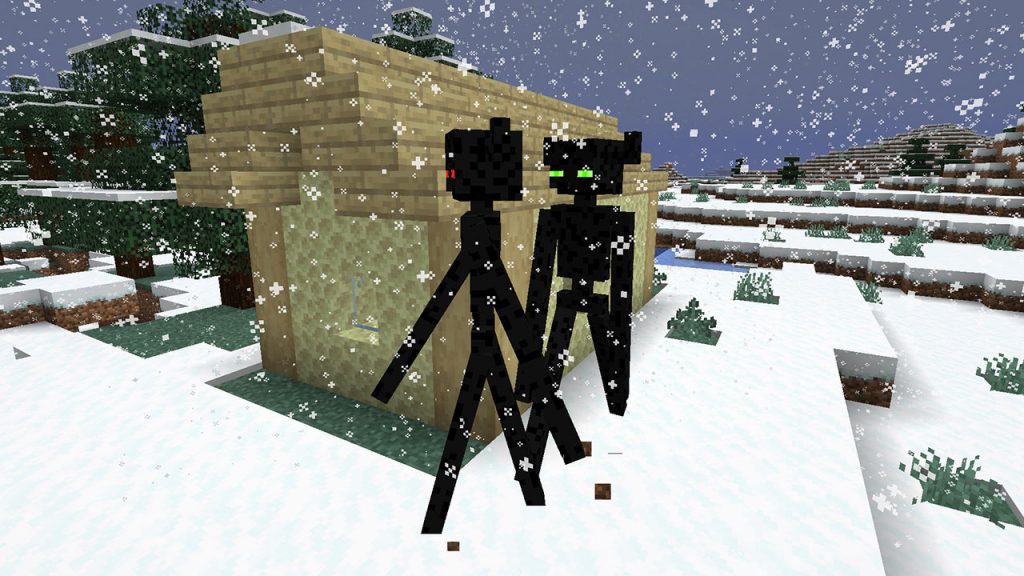 The Farlanders is quite a large mod, adding new Ender themed creatures to Minecraft. There’s a few new items too. Currently, it adds 13 new mobs to the game, with all having different interactions. Some can be traded with, some recruited as companions, some bring a fear element to the game and more. 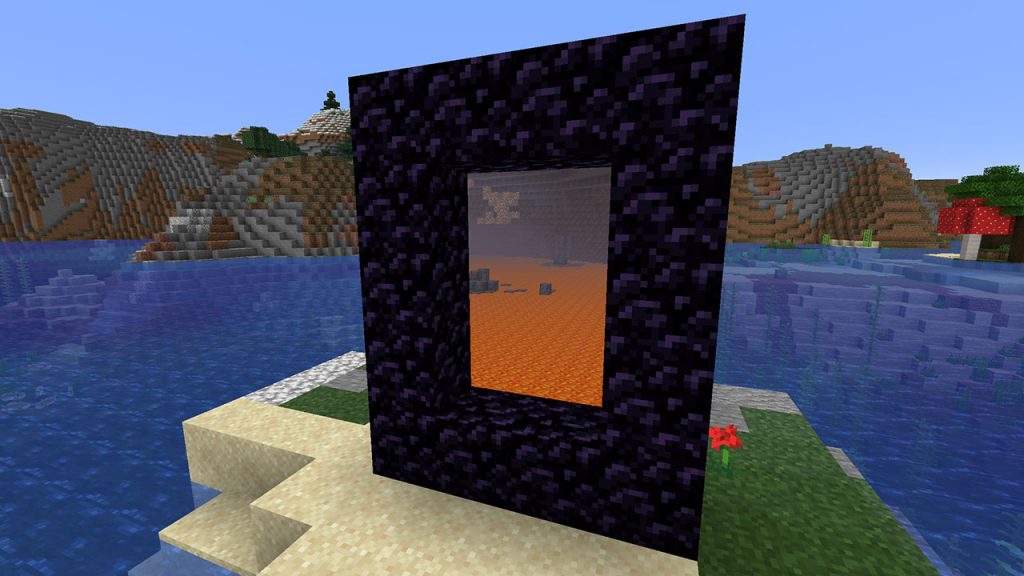 Immersive Portals is a very popular mod. As you can see by the image above, it allows you to see straight into other dimensions in Minecraft through Portals. These are the Nether and End worlds. It also removed the loading screen, allowing you to quickly jump through the portals.

Leap is a small mod which adds a new Enchantment to Minecraft. When running and jumping, you can jump again while in mid-air to do a double jump, allowing you to not only jump further distances, but over larger gaps too. This Enchantment can only be applied to boots.

Dash is another mod from the same developer as Leap above. It’s quite similar to Leap, except instead of allowing you to double jump, you can instead dash around the game world. Again, it can only be applied to your boots. 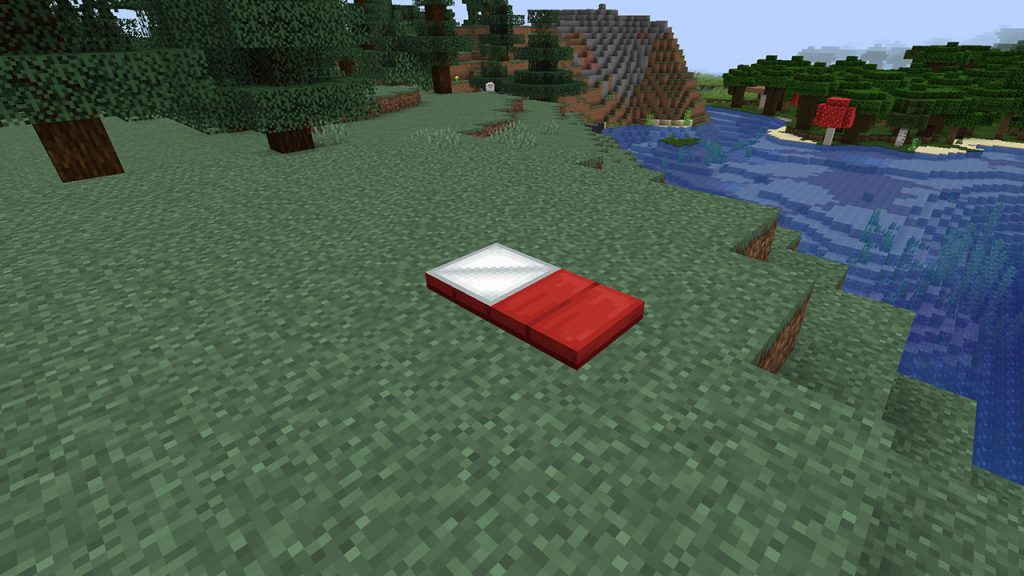 The Comforts mod adds some much-needed items into Minecraft. These are the Sleeping Bad and Hammock. Sleeping Bags are used of a night, and allow you to sleep without setting a spawn point. Hammocks have the opposite effect, allowing you to sleep during a day to set the time to night. They’re great for when exploring, as you don’t have to worry about losing your base as a spawn point. 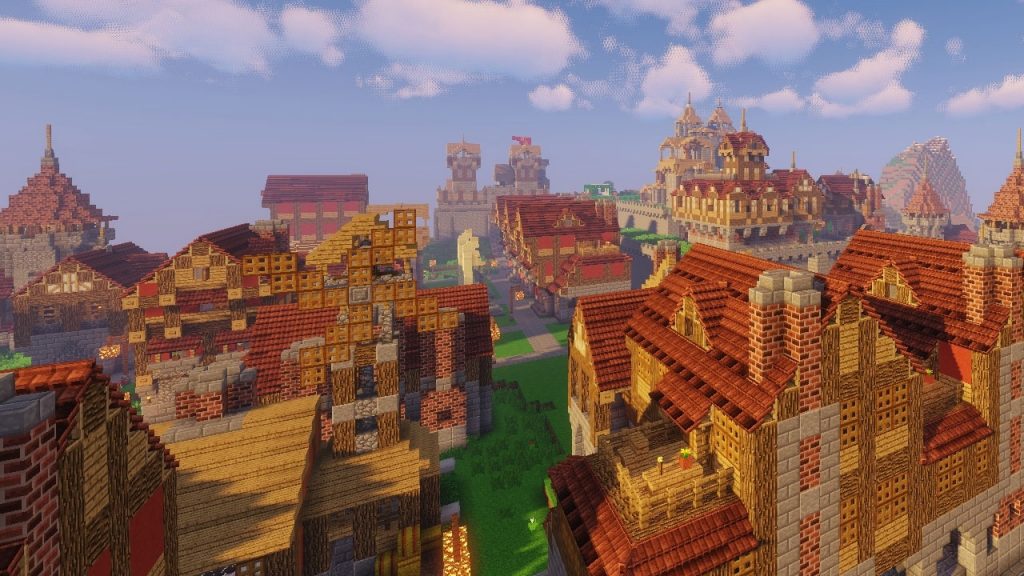 Minecraft 1.14 saw a relatively large update to Villages in Minecraft. Though they’re more or less the same, just expanded on a little bit. With the MineColonies mod, you can now build huge cities which will thrive. There are plenty of NPCs who will work for the colony, and help turn it into a fully functioning society. 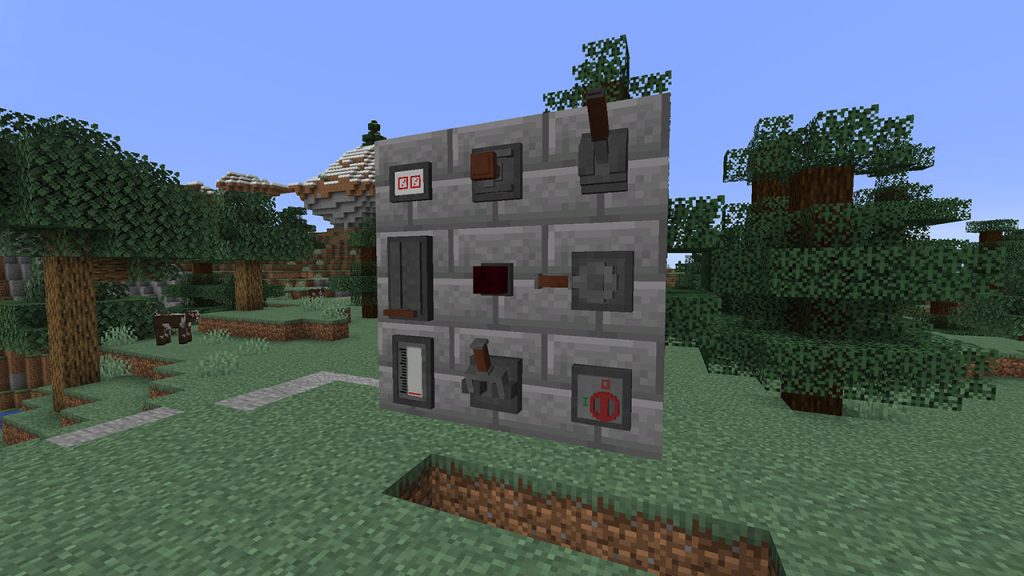 This mod adds many new items which are associated with Redstone. They allow you to create, as well as monitor power. Some of these items include daylight sensors, rain sensors, normal timers, knock sensors which detect the breaking of blocks and more. 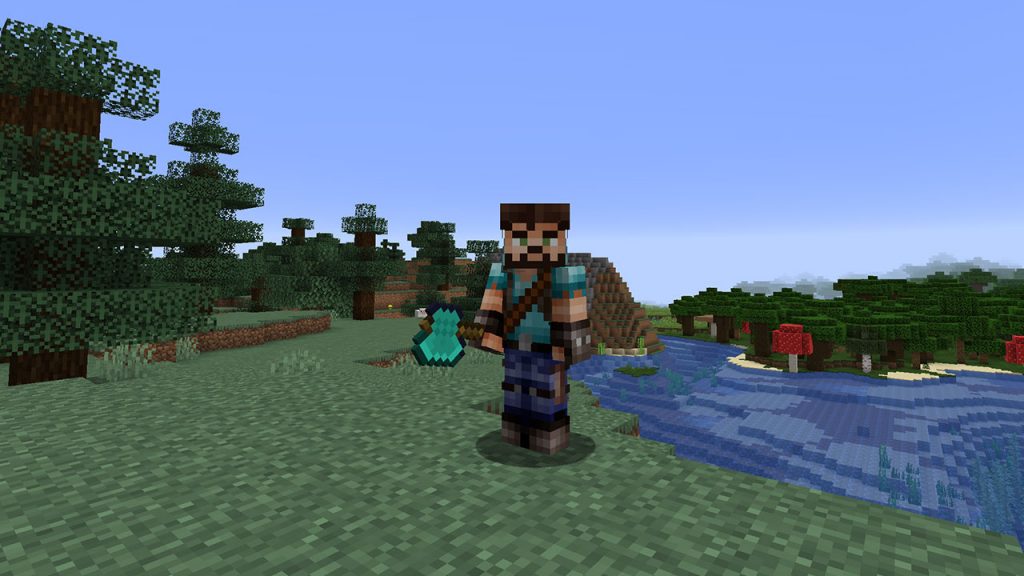 The Practical Tools mod adds 3 new tools into Minecraft. These are the Excavator, Hammer and Greataxe. All these tools are improved versions of the Shovel, Picaxe and Axe. When it comes to the Shovel and Picaxe, they’ll now dig out a 3 by 3 area instead. Whereas when using the Axe, it will chop down entire trees.

Finally, we have the Advanced Mining Dimension mod. This mod will add a new craftable item, which when interacted with will take you to a new dimension. When you enter this dimension, the entire world will be caves, giving you a suitable and efficient place to go mining.