As usual, Fabric and its mods have been quick to update for Minecraft 1.18.2. There’s already hundreds of mods available for download, which might add new creatures, structures, dungeons and more.

This list though is going to cover 20 Mods for Fabric 1.18.2, which are all relatively new. That’s right, these mods where all released over the past 2 months. So you don’t have to worry about finding repetitive mods here. 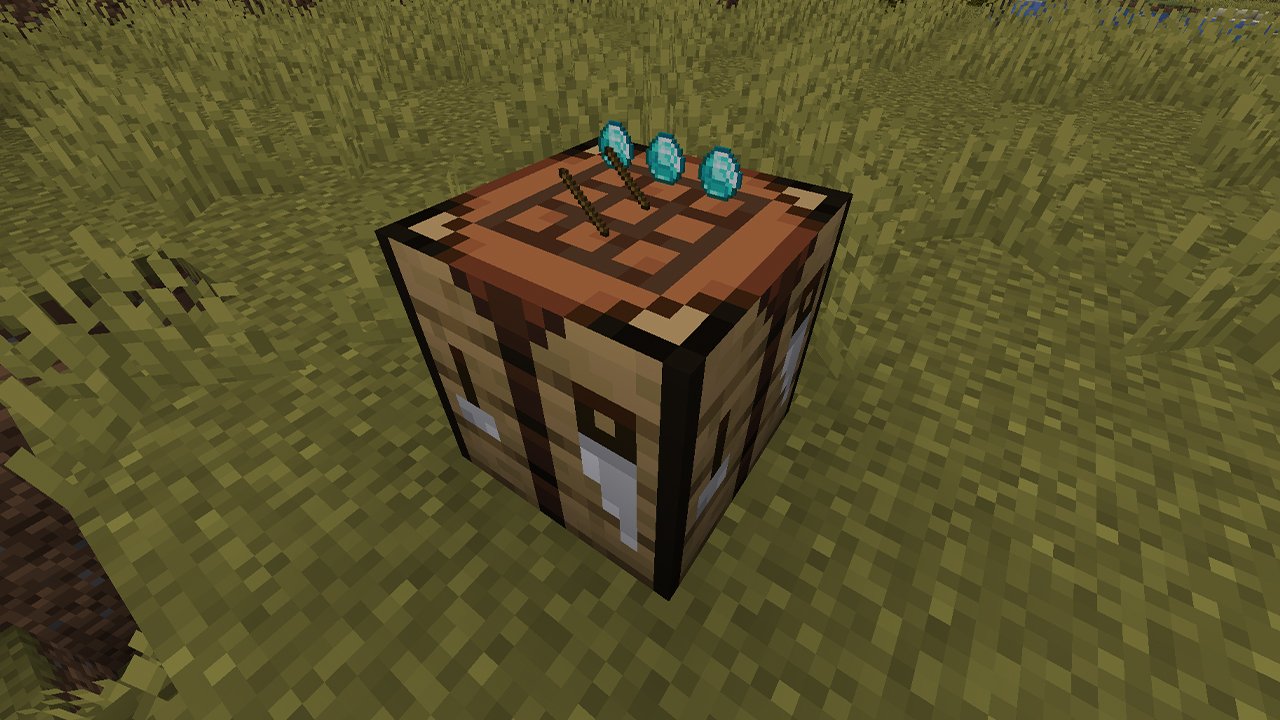 Firstly, we have Visual Workbench. It turns your Crafting Tables into containers, so that items will remain inside, even when the interface is closed.

If you break a Crafting Table, then all the items will drop, like when you destroy a Chest. Items that are inside the Crafting Table will also be rendered on top, which is a nice feature to have. 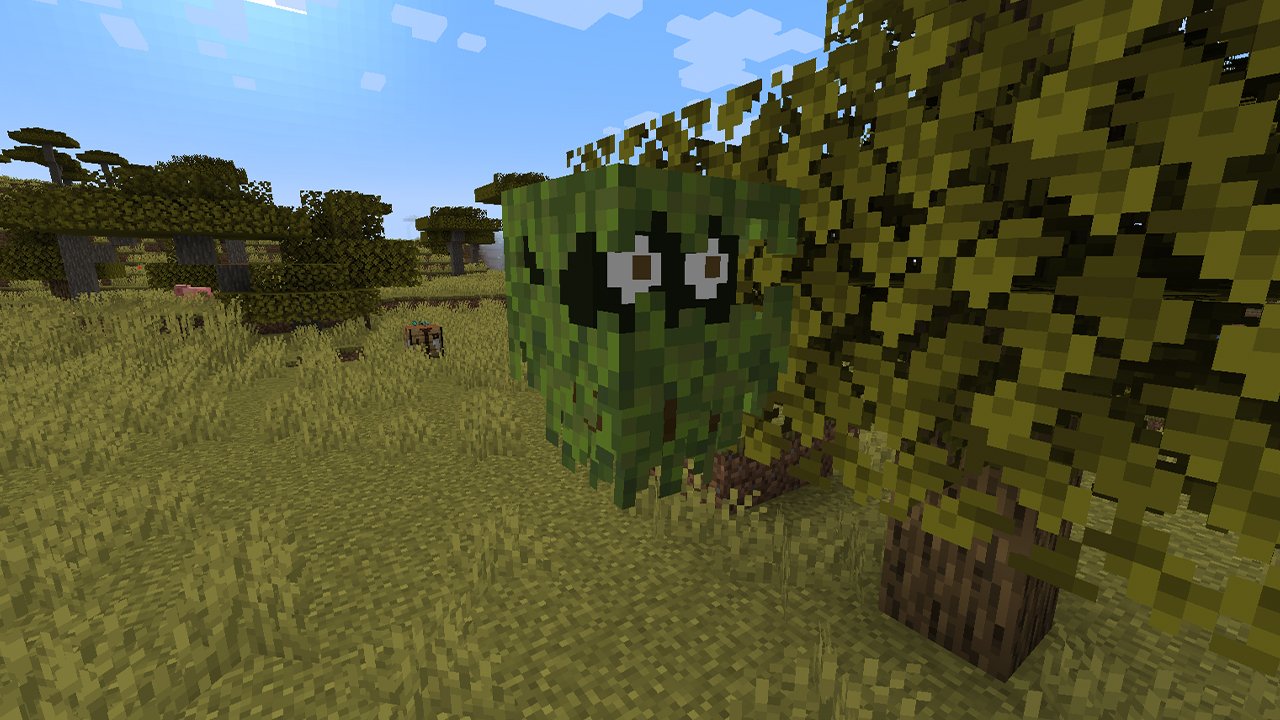 Friends and Foes adds mobs to Minecraft that either lost the mob vote, or which were just never added to the game. Currently, it adds the Copper Golem, Glare, Moobloom and illusionier.

The developer is expecting to implement more in future updates, like the Great Hunger, Iceologer and the Wildfire. There’s already some mechanics, structures and items implemented too.

Glares can be tamed with Glow Berries, so that they can follow you on adventures. Whereas the illusioner spawns in a Shack, or shows up during Raids, and will cast spells and fire arrows at you. 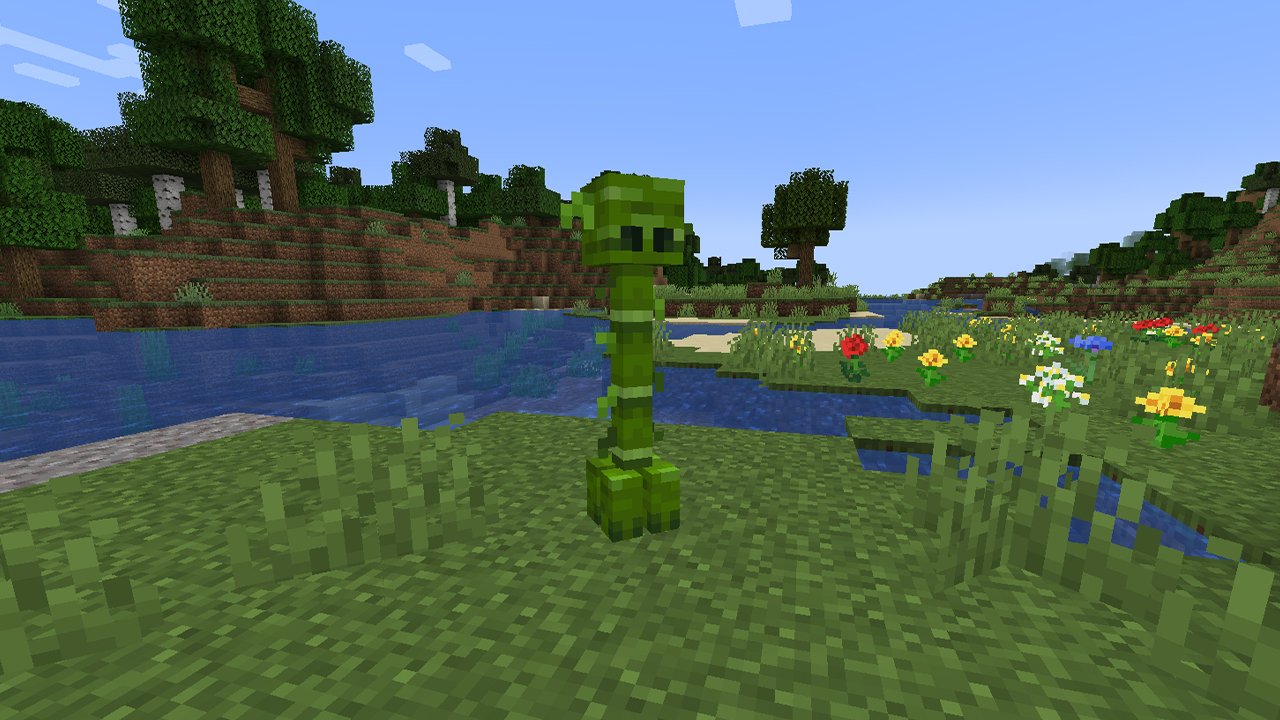 Creeper Overhaul is also available for Fabric. It adds Biome-specific Creepers to Minecraft, such as the Bamboo, Cave, Mushroom, Jungle and Swamp Creeper, although there’s around 15 different Creepers in total to find.

They feature all new models, instead of just being texture overhauls, so they are a nice addition to the game. Some Creepers have different behaviors too, like the Mushroom Creeper which won’t attack the player, or the Snowy Creeper which uses melee attacks instead of blowing up. 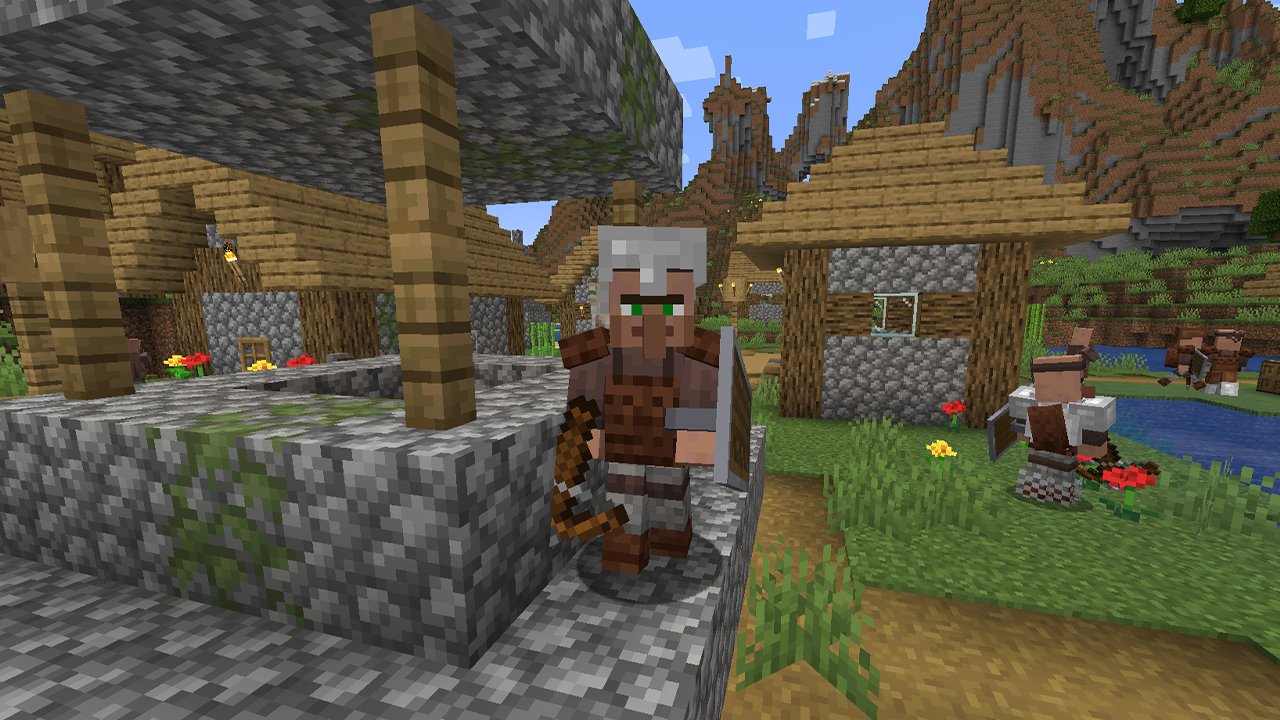 Guard Villagers has also had a release for the latest version of Fabric. In a Village, a group of Guards will now spawn, who are equipped with Armor, Swords and Crossbows. They’ll help defend a Village from hostile mobs, as well as Raids.

If you have the Hero of the Village Effect, then you can interact with a Guard to provide them with better equipment. Or you can have a Guard follow you throughout the world, to help you defeat your enemies. Any unemployed Villages can be turned into Guards, by giving them a Sword or Crossbow. 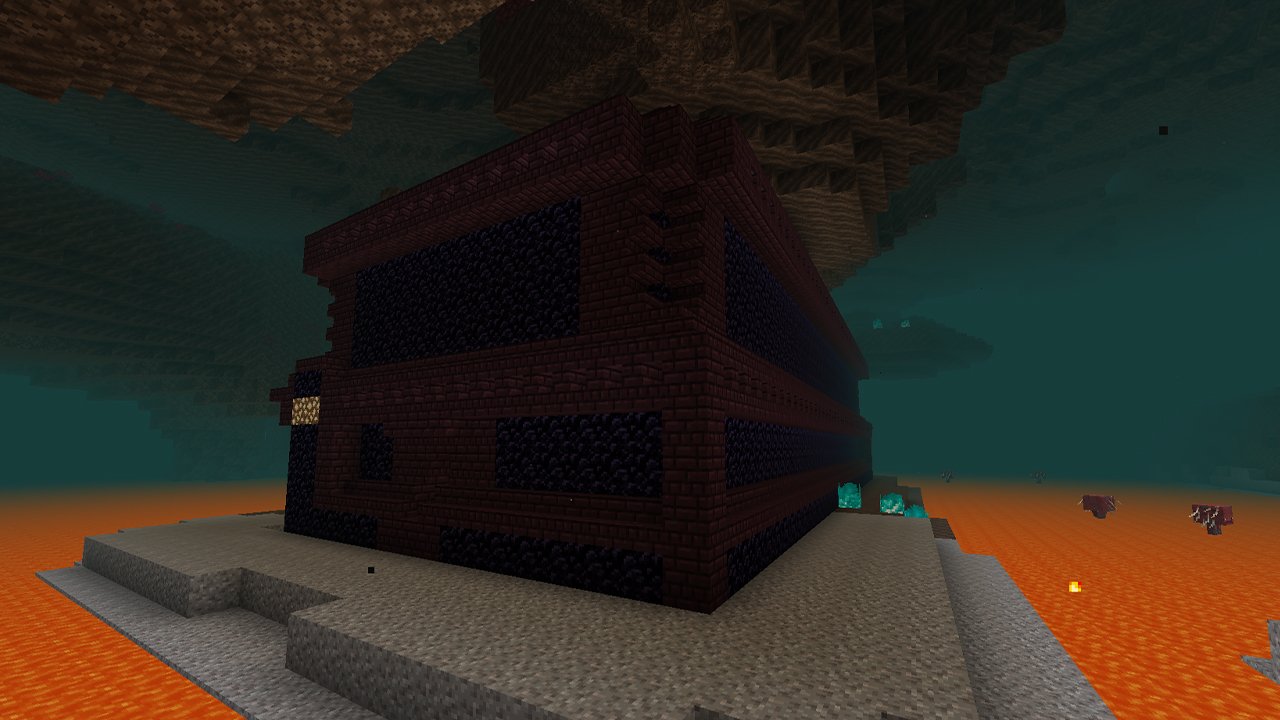 Some of these structures are really big, and contain creatures like Piglins and Blaze, which also makes it a great alternative method for collecting Blaze Rods. And overall, it’s great to have more locations to explore in the Nether. 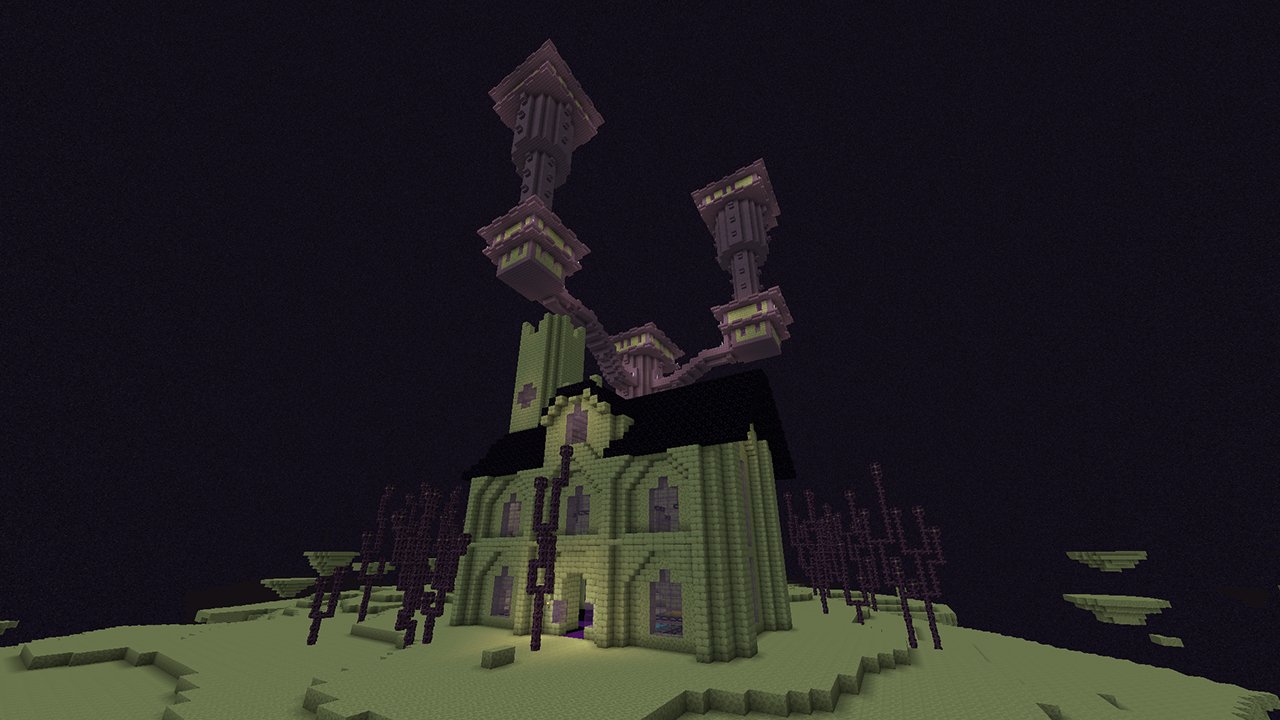 With both of these mods, you want to search any Barrels you come across, as that’s where the loot is. In some of these End Structures, there’s also lots of useful items which can be mined, like Diamond and Emerald Blocks. 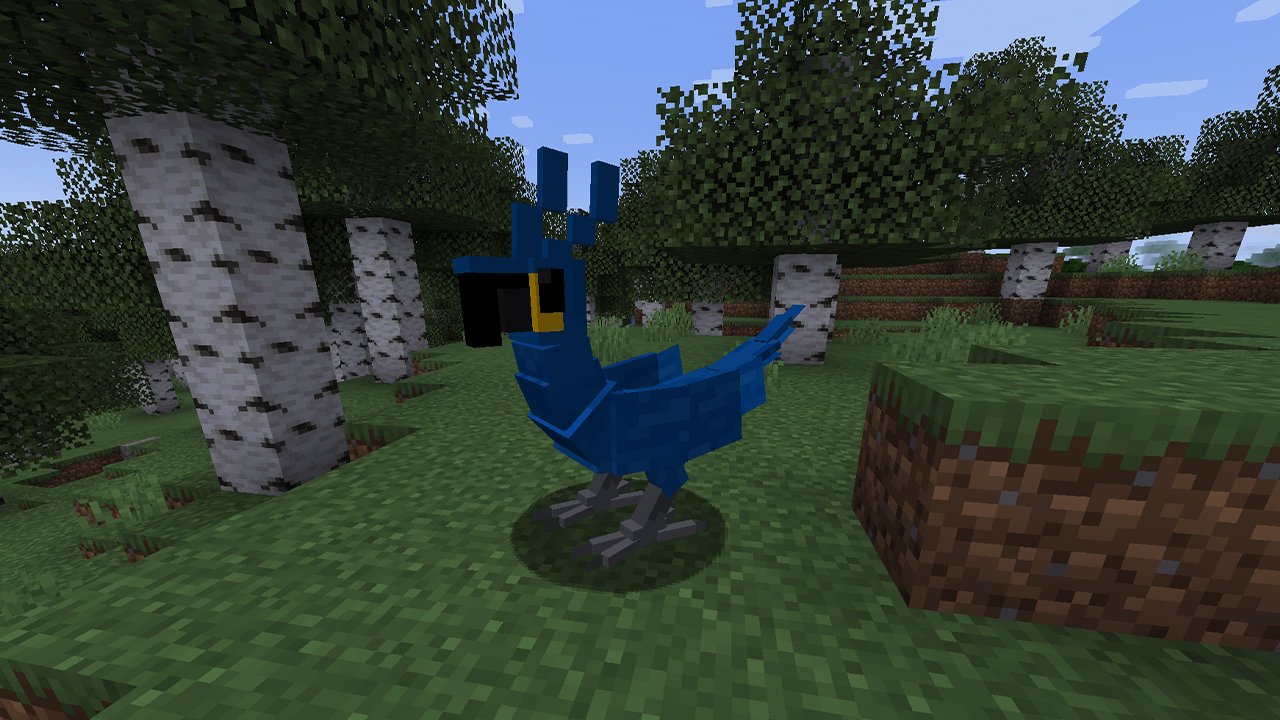 Now, you’ll find large Parrots spawning in your world, in Biomes like the Plains, Jungles, Deserts and Taiga. There’s quite a few designs and color variations to them, and they have really cool walking animations too.

You can try to tame Mega Parrots by riding them, similar to a Horse, and they’ll need to be equipped with a Saddle for you to control their movement. Parrots also accept Horse Armor for further defenses.

What’s great about the Parrots is that they can jump from great heights, and will slowly glide down, removing any chance of fall damage. If you kill them instead, they’ll drop Parrot Meat which can be cooked and eaten. 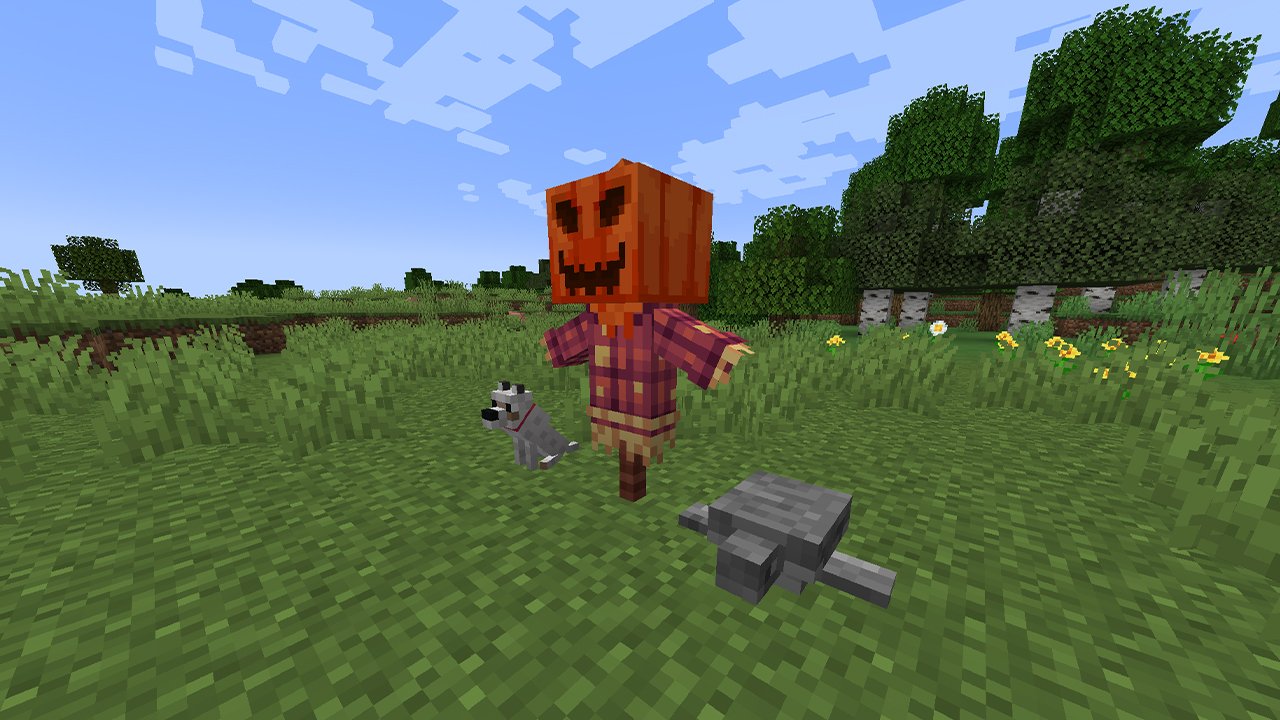 A Mob Scarecrow can be crafted from 2 Sticks, a Fence, a Hay Bale and a Carved Pumpkin. When it’s placed down, it will scare hostile mobs away, within an 8 block radius. Although you can increase this number with a command.

The mod also includes some new Plushies and Statues of Pigeons, Cats, Wolves and Iron Golems, which will each scare away individual creatures, like Creepers and Zombies. If you place down a Turtle Statue or Plushie, then it will attract Zombies, which can be useful for setting up a mob farm. Whereas the Endermite will draw in Enderman. 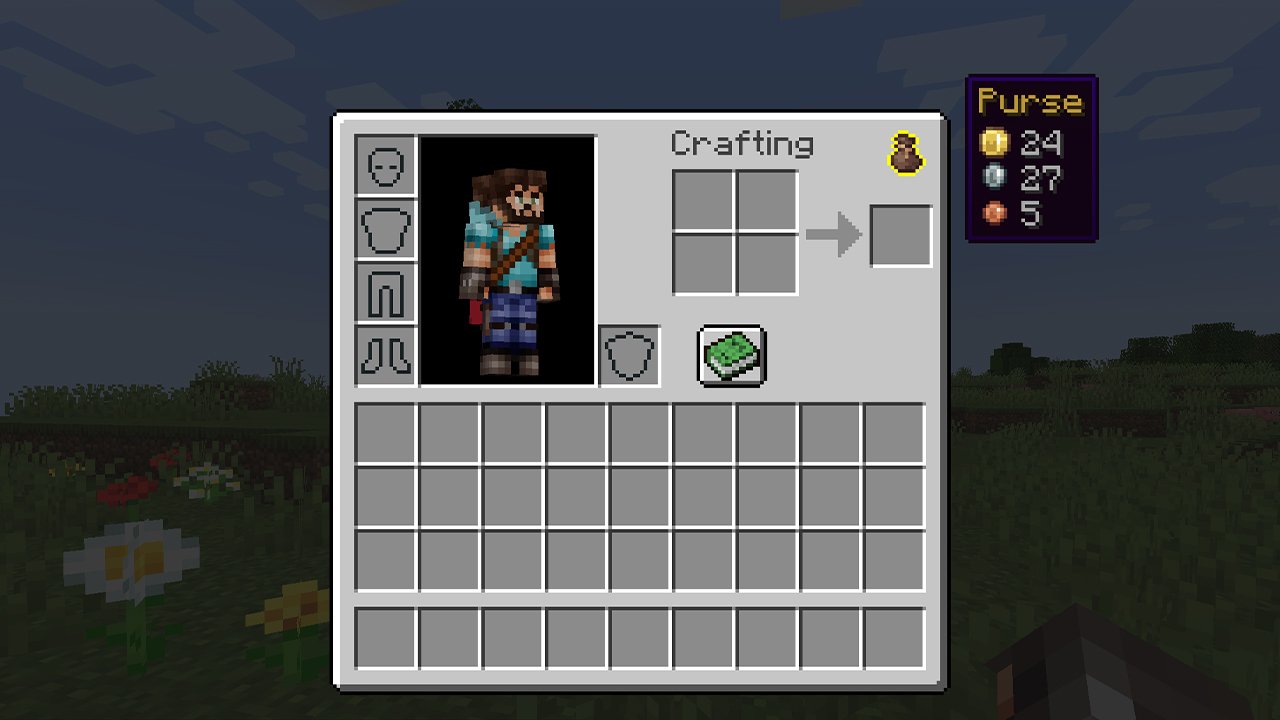 This next mod adds a currency system into Minecraft, with Bronze, Silver and Gold coins being added to the game. Inside your inventory, you can find a Purse, which shows the amount of coins you’ve collected so far.

These can be found when searching Chests, killing some creatures or trading with Villagers, as they now use this currency system instead of Emeralds. You can add coins to your Purse by sneaking and right clicking while holding them, and they can be withdrawn using the buttons in the interface.

A new Shop Block can be crafted from 3 Planks, 2 Bronze Coins and a Smooth Stone Slab. The Shop is intended for multiplayer, and allows you to sell items, while determining the cost in Coins. Other players can then buy them. 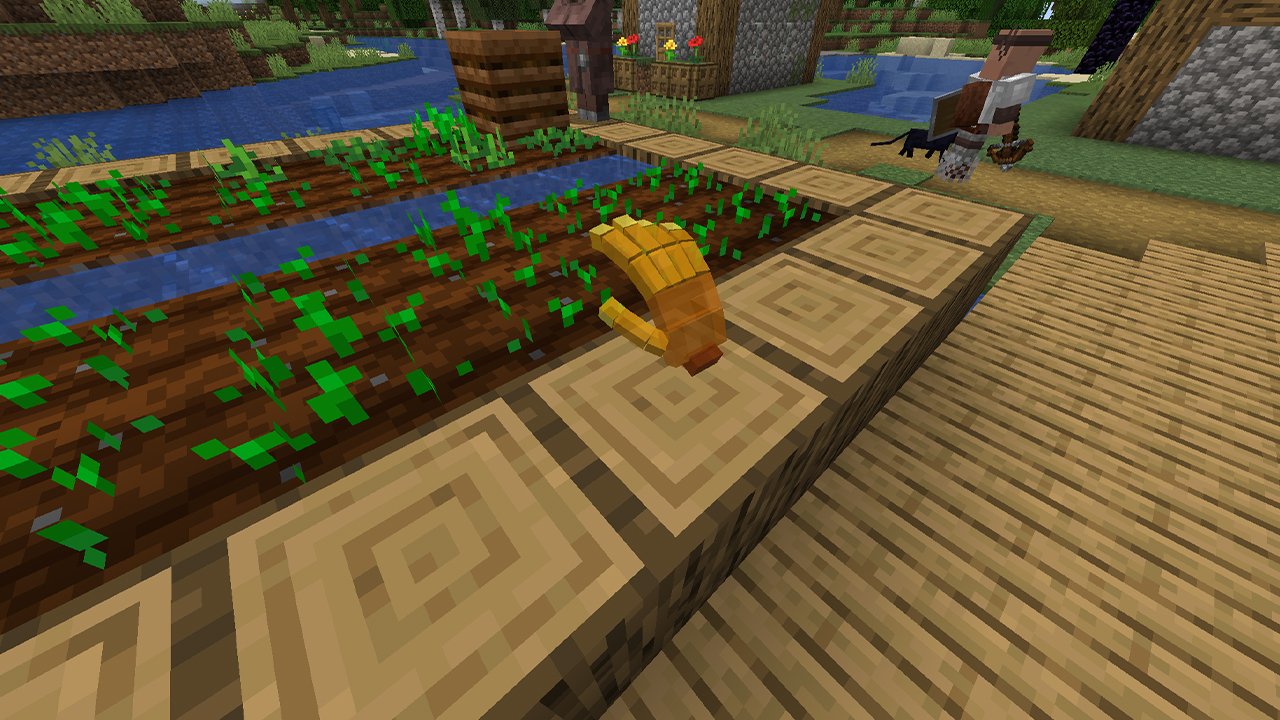 Each hand does something different. For example, an Iron Mage Hand will search for hostile mobs and kill them, as long as it has a weapon to do so. The Gold Mage Hand will harvest fully grown crops, and replant any Seeds. Whereas the Diamond Mage Hand can be used to point to the nearest Ore Block. 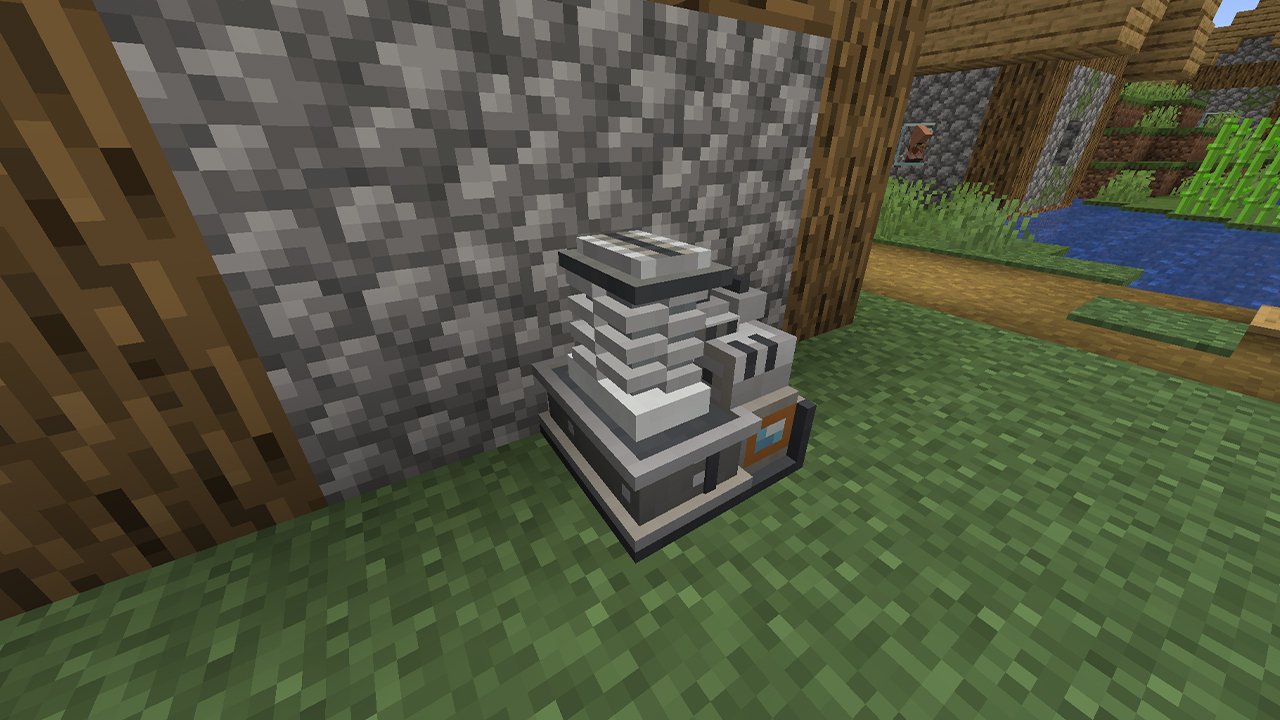 The Extractinator is a new block that doesn’t have a Crafting Recipe. Instead, you can find it underground in some wooden structures, where they’ll already be placed. You can mine it and take it back to your base if you want to.

Worthless blocks like Cobblestone, Gravel, Sand and Netherrack can be placed on the Extractinator, to receive more useful resources. Mostly, you can receive drops like Clay, Iron Nuggets, Coal and Raw Copper. And you’re not always guaranteed a drop either, it’s actually quite rare.

The mod adds Silt and Slush, which can be found underground, and placing these on the Extractinator will yield better resources, like Diamonds, Ender Pearls and Emeralds. 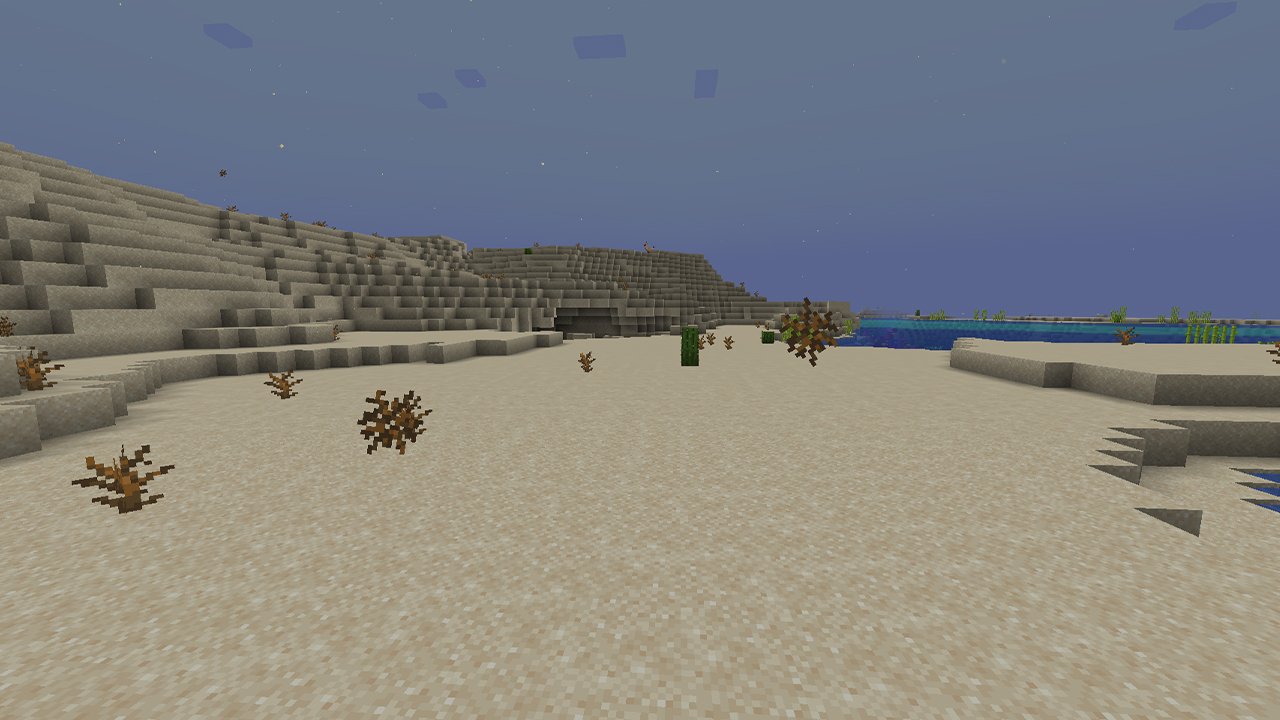 Biome Particle Weather changes some of Minecrafts weather effects, while also adding new ones. I think a lot of these weather events look more realistic, and you can find Rain, Wind, Snow, Blizzards and Sandstorms have been either added or changed. Some really nice features have been added, like Tumbleweeds in Deserts. 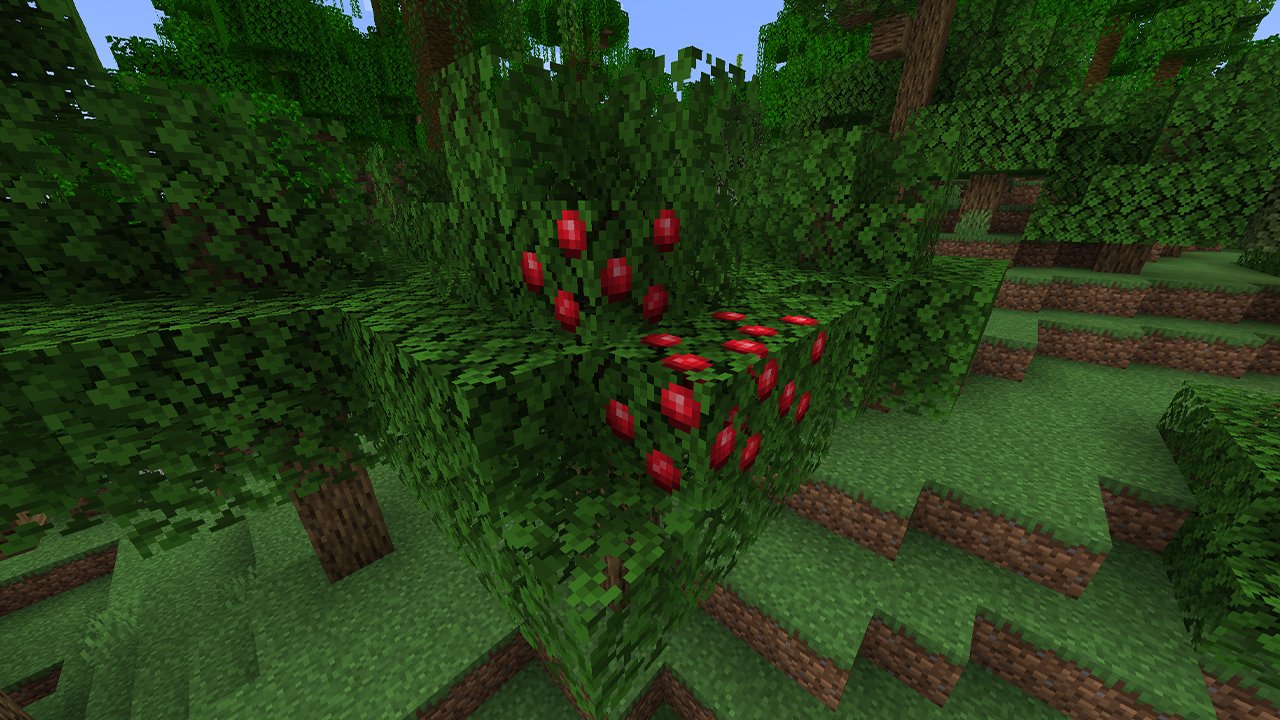 Blossom will allow Bees to pollinate Leaves, which will cause them to flower. Over time, these Leaves will grow until they’re turned into Apples. Then, you can use Shears on them to harvest the Apples, which gives a lot more than you’d normally get for breaking Leaves. 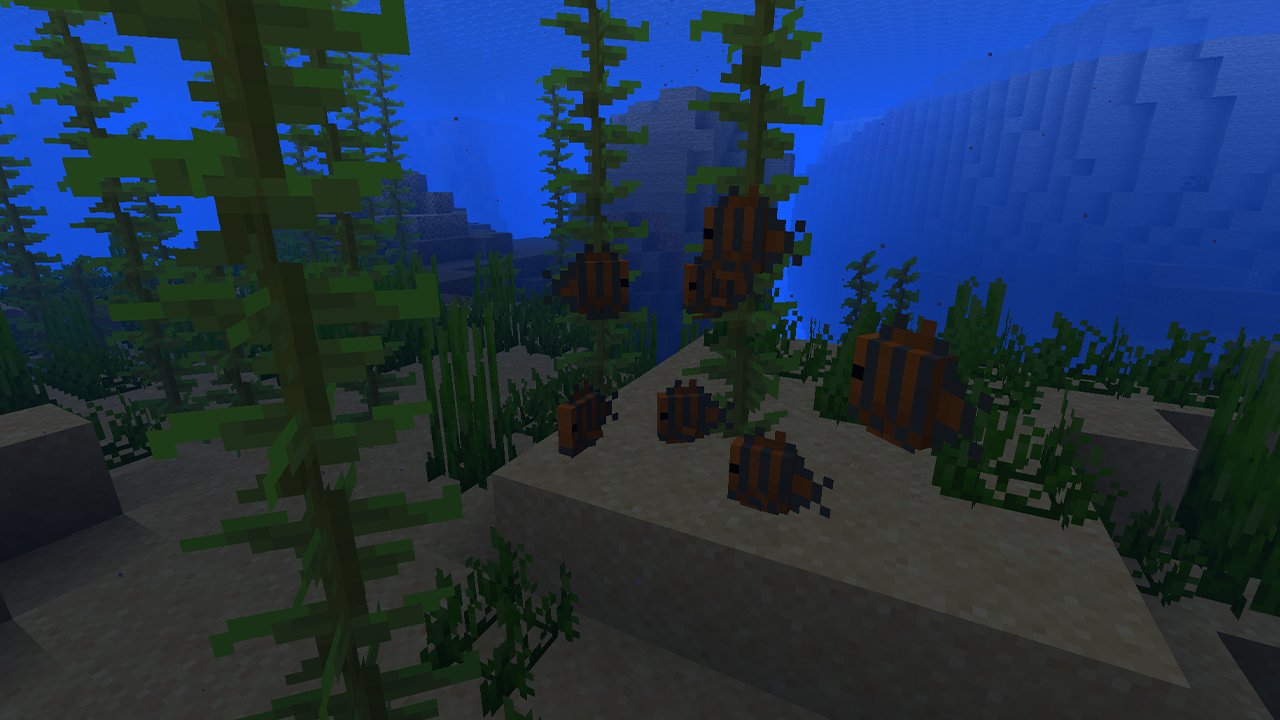 Fish of Thieves adds lots of species of fish to Minecraft, which are originally from the Sea of Thieves game. You can find the likes of Pondies, Wild Splash, Wreckers and Stormfish. They all have their own spawning conditions, like Biomes and spawn times. You can collect them in Buckets, or cook them for food. 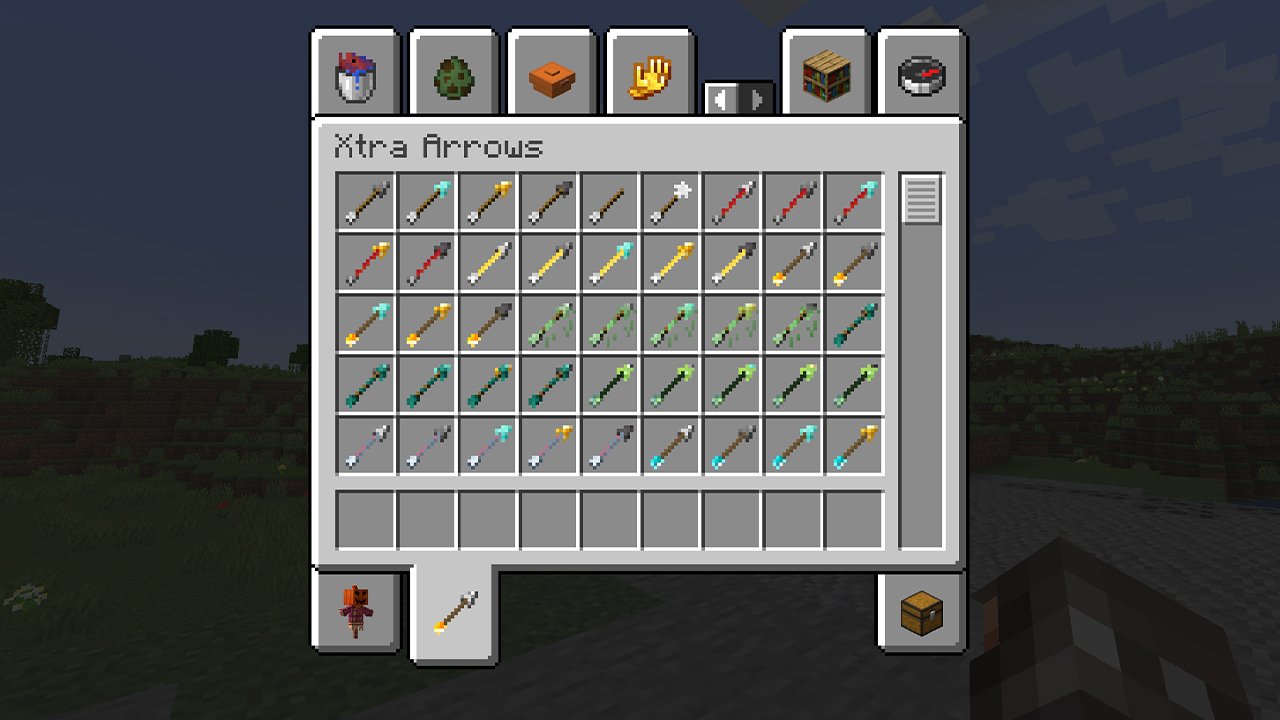 The first feature added by Xtra Arrows is that Arrows now have tiers. They can be made up of materials like Flint, Iron, Gold, Diamond and Netherite, and each tier gives additional attack damage, and some can disable Shields.

There’s also lots of new Arrows to use alongside your Bow, like Ender Arrows which teleport you. Slime Arrows will bounce off walls, which makes them quite predictable. Padded Arrows are useful for target practice, as they deal no damage and won’t get stuck in blocks.

Lightning Arrows are powerful, as they’ll strike a target with lightning. And the mod also includes Explosive, Torch, Tracking and Vexing Arrows, with Vexing Arrows being able to phase through blocks.

Your Items are Safe 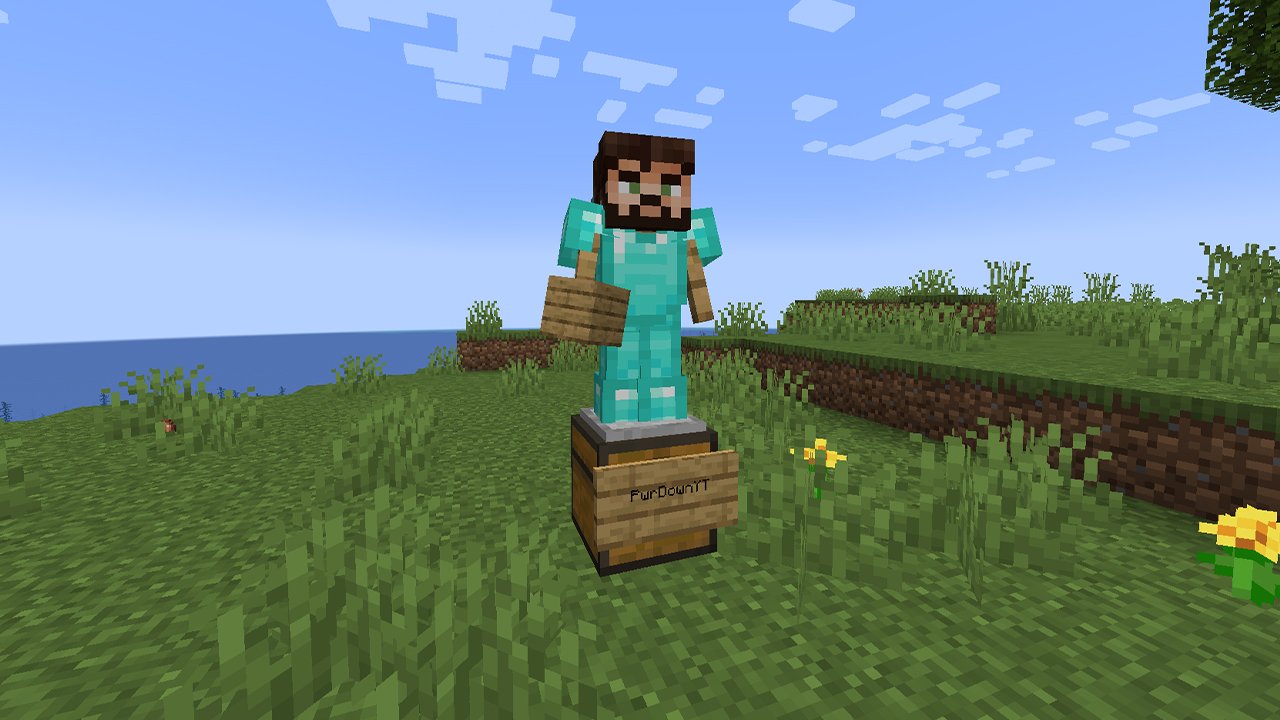 Your Items Are Safe is a Gravestone mod that adds no new blocks. When you die, a Chest will spawn at your death location, which has an Armor Stand on top wearing your equipment, and a Sign with your name.

The mod will keep all your items safe, so you don’t have to worry about items despawning. Although with the default settings, a Chest and Armor Stand will only be created if you have enough Wood in your inventory when you die, otherwise they’ll drop like normal. 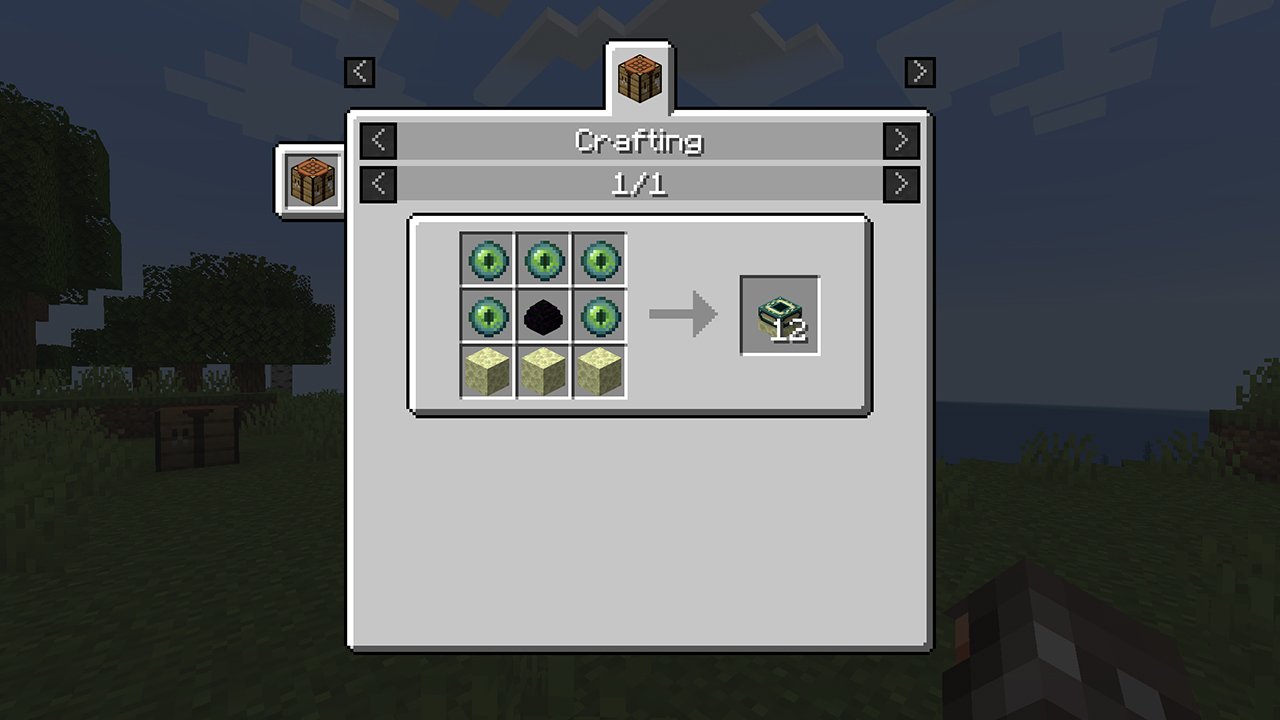 If you have a Silk Touch Pickaxe, then you can break already existing End Portal Frames. You’re able to build a new Portal Frame at a location of your choosing, fill it with Ender Eyes and activate it with a Flint and Steel. 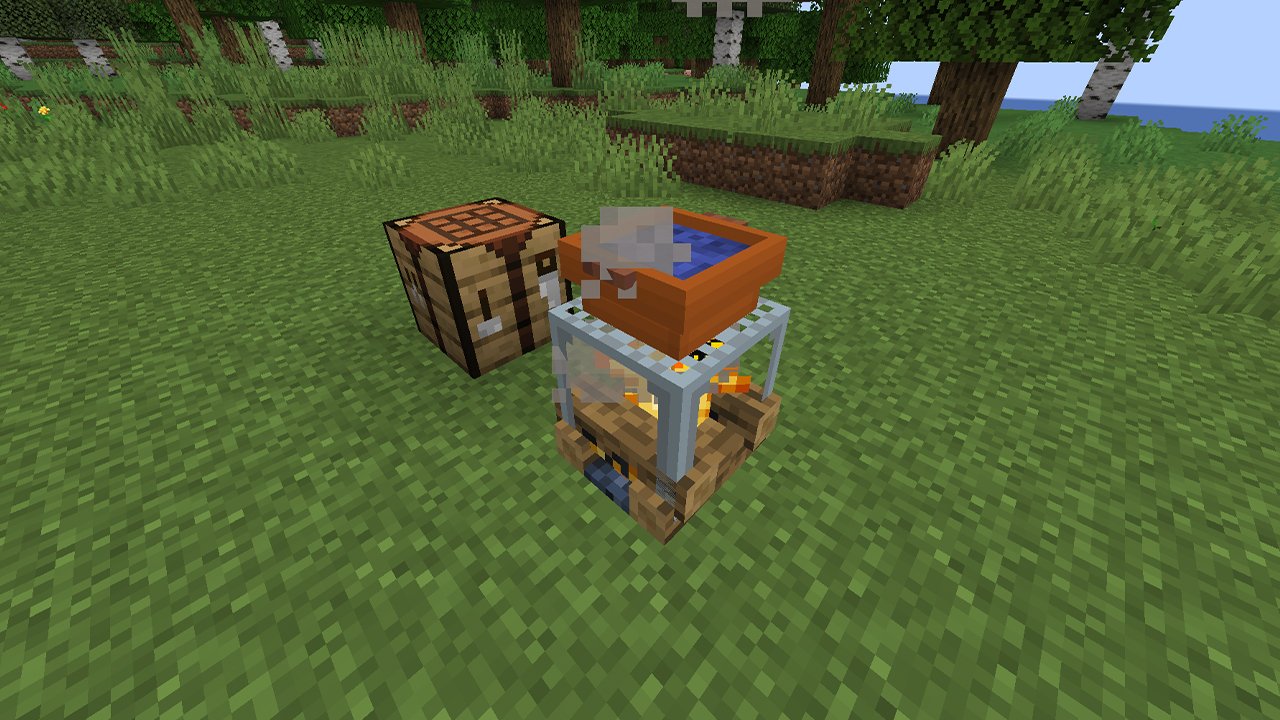 You’ll now be able to create a Crock Pot from 5 Copper Ingots. Then, it can be placed over a Campfire to Boil, or you can activate it with Redstone instead. Add some Water, and then ingredients like Meat, Bread and Vegetables to start making your own Stew.

While holding a Bowl, you can right click the Crock Pot to take some Stew out, and the Hunger and Saturation values are determined by the contents of the Stew, and how long it’s boiled. 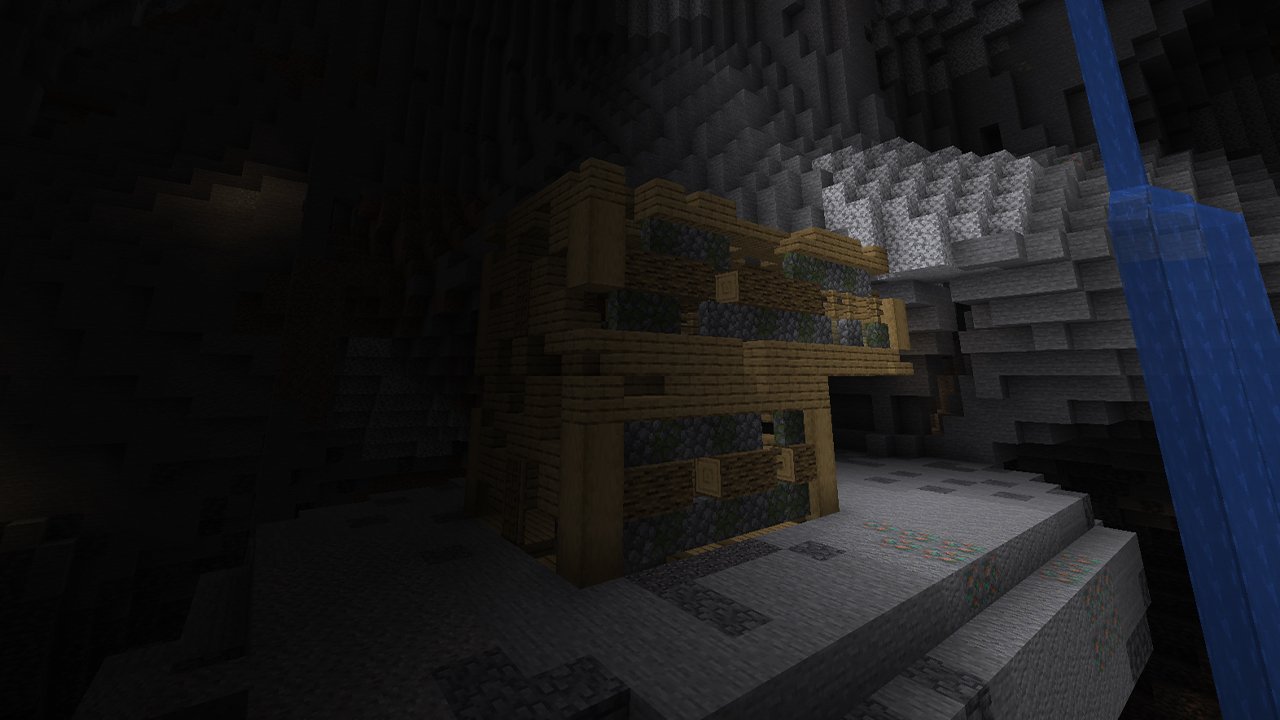 Subterrestrial will add structures to the underground of your world. Beneath the surface, you can find Cabins spawning in mines. They have multiple stories, and there’s some different designs depending on the Biome they spawn in.

Each Cabin has variations of their own too, so you shouldn’t expect to ever find 2 identical structures. Inside, you can find different Workstations like Blast Furnaces, Smithing Tables and Anvils. You can usually expect to find 1 or 2 Chests too. If you have Extractinator installed, then an Extractinator will spawn in these Cabins. 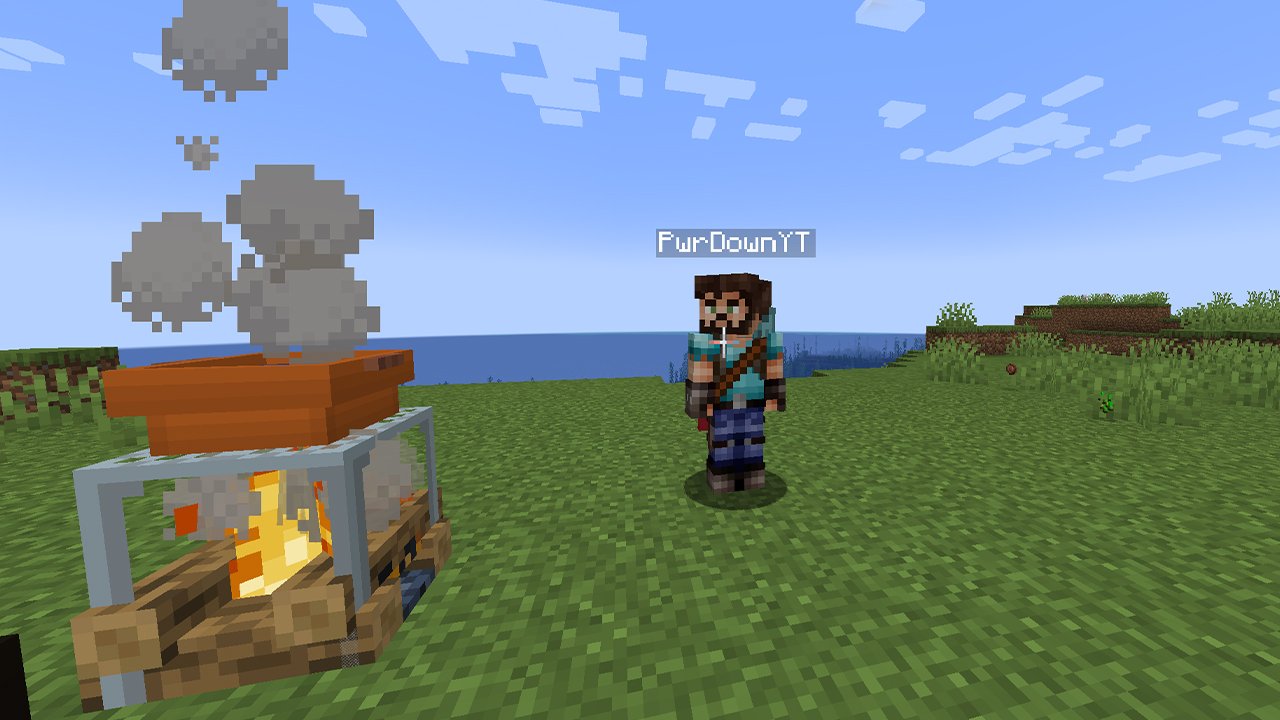 With FreeCam, you can enter a spectator-like mode by pressing the X key. You’ll be able to fly through blocks, and fly around your world in general. It’s especially useful if you’re in a cave system and you get lost, so that you can find an exit.

When you leave this mode, you’ll be returned back to your original position. But be careful, your body can still be attacked by mobs when you’re in this mode.