Forge for Minecraft 1.18.1 might not be as popular as Minecraft 1.16.5, but there’s definitely lots of amazing mods being released. This list is going to cover 20 of the latest and best Forge mods currently available, to those playing on 1.18.1. 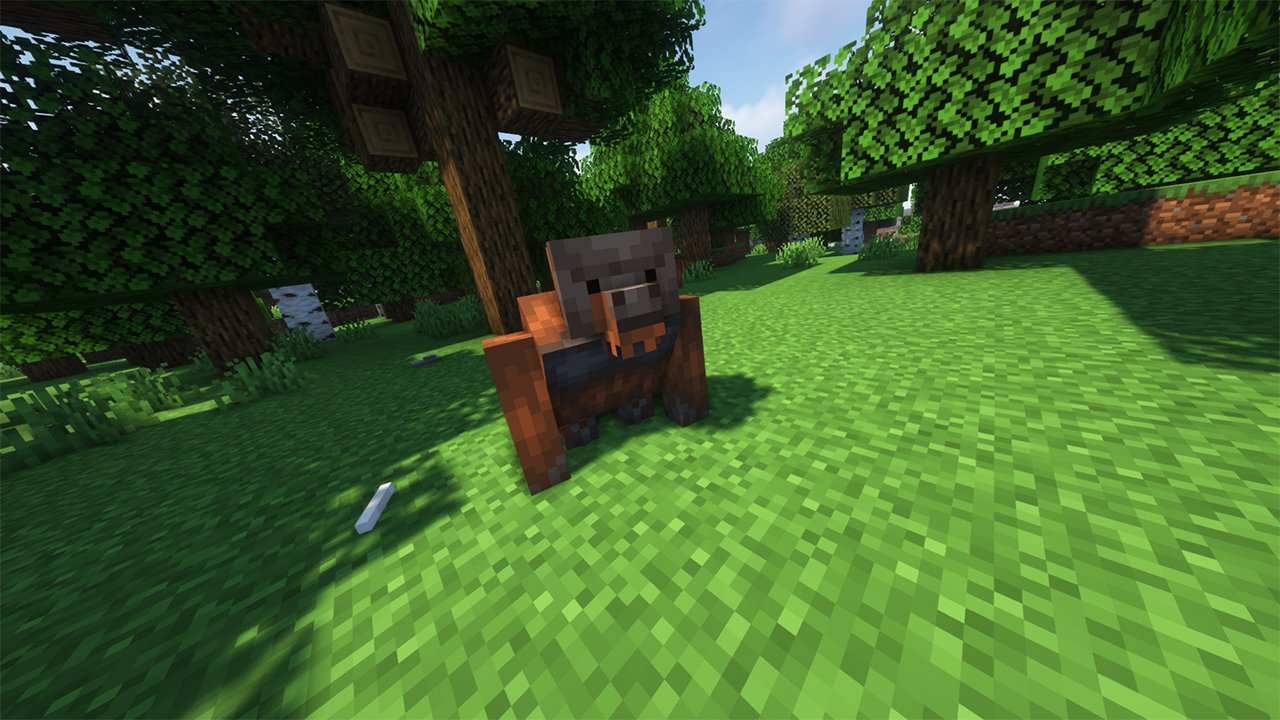 Eight’s Primates adds some new creatures into Minecraft. It includes the Orangutan, Lemur, Mandrill, Proboscis Monkey, Mouse Lemur, Spider Monkey and Gibbon. You can find them spawning in different biomes, and be careful around the Mandrill, because it will attack on sight.

If you come across the Mouse Lemur, then you can pick it up inside a Bucket. Out of all these creatures, my favorite has to be the Orangutan, and you can never go wrong when it comes to adding more creatures to your world. The developer has more animals planned for future updates too. 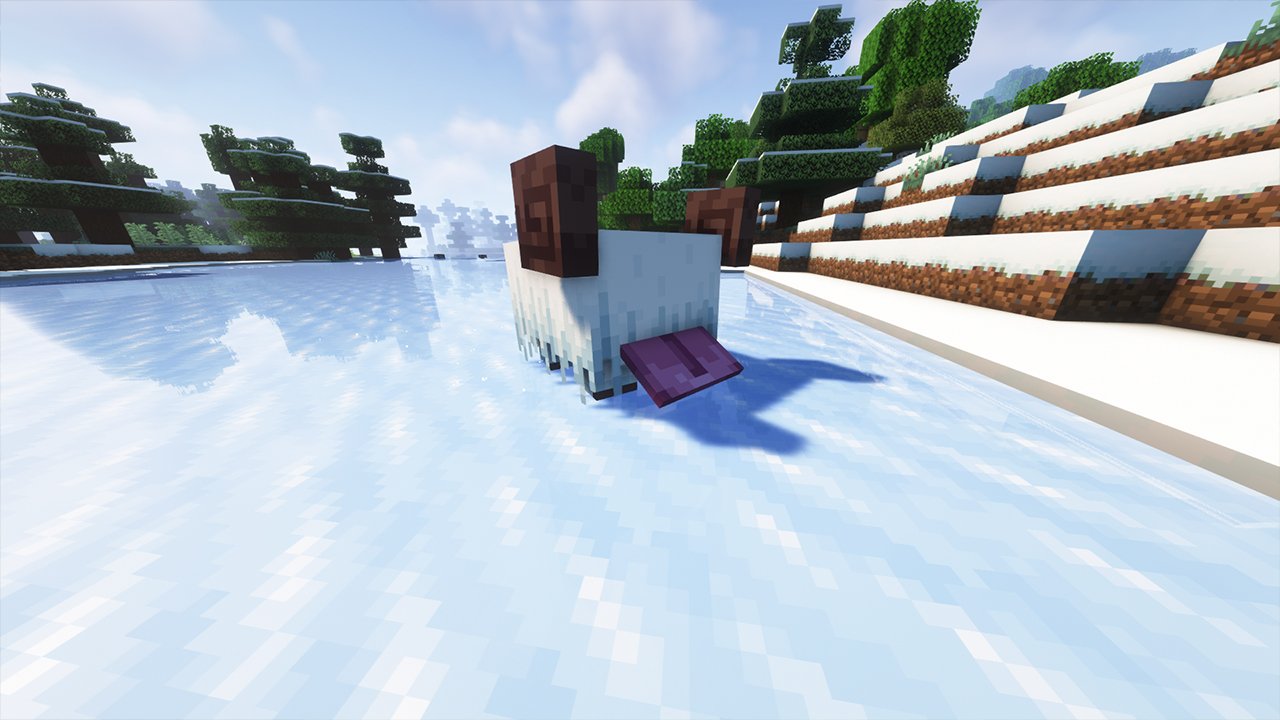 Another new creature is the Snuffle, which you can find in Minecrafts snowier biomes. They’re fluffy creatures which have horns and their tongue sticking out, with them being reminiscent of the Poro from League of Legends.

By setting a Snuffle on fire, you’ll remove their Frostiness, and be able to get regular Snuffle Fluff instead. If you use a Slimeball on Snuffles, then you can give them some different hairstyles too. 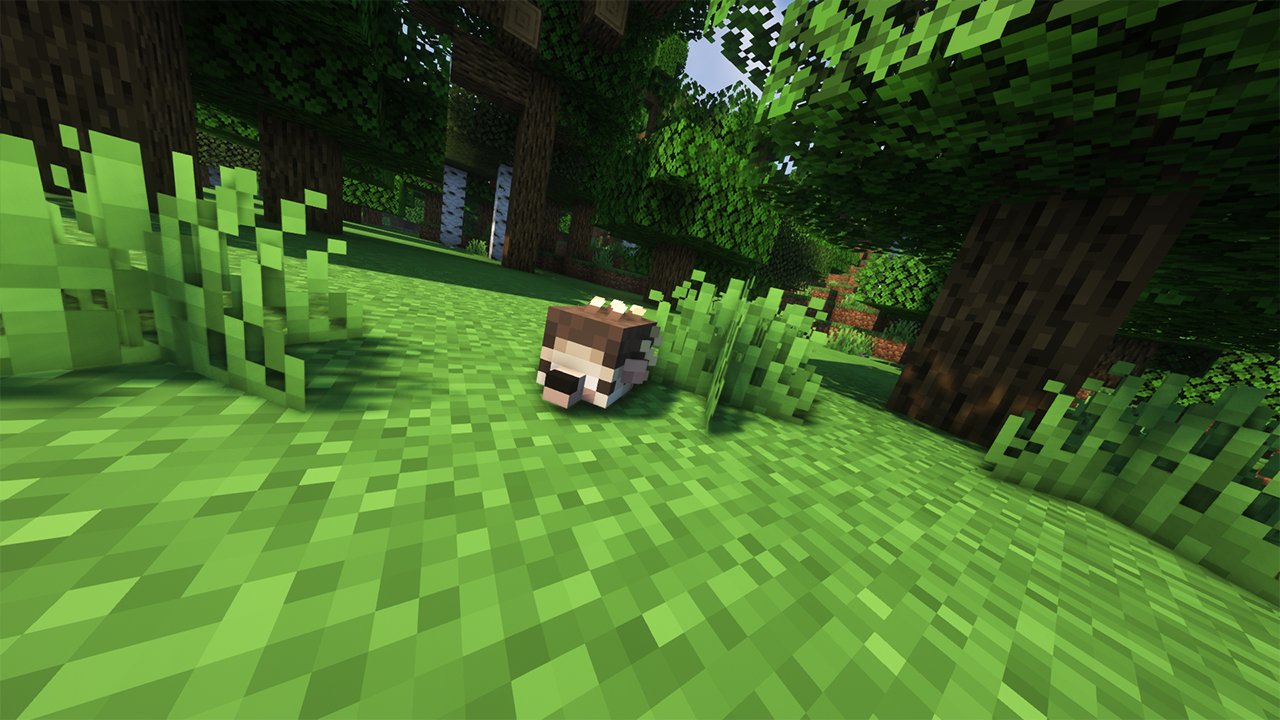 Hedgehogs will attack any nearby Spiders automatically, as they like to eat Spider Eyes. You can obtain Kiwi from the Wandering Trader, and then you’ll be able to keep growing your own.

One interesting mechanic is that when a Hedgehog has consumed a Spider Eye, you’ll be able to apply a Potion to them, which they’ll store. When a Hedgehog is petrified, like after being near a Skull, they’ll be able to transfer the potion effect to you, once you touch them. 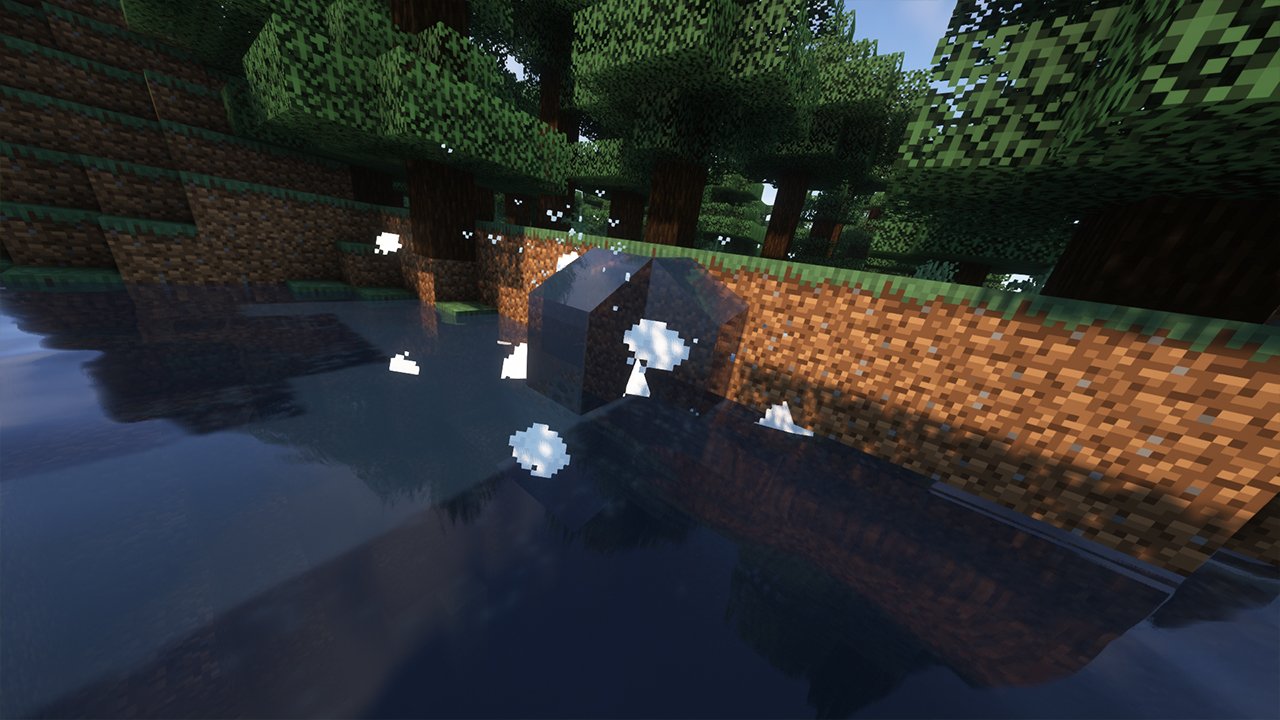 Effective adds some new visual effects, which really help to improve immersion. As an example, being near Waterfalls will show a splashing effect. Likewise, if something collides with water, like the player or creature, then they’ll have a splashing effect too.

Lava doesn’t have a waterfall effect, but it does have a splash when an entity hits it, which looks pretty cool. This is a client side mod too, so you can use it on any servers you enjoy. 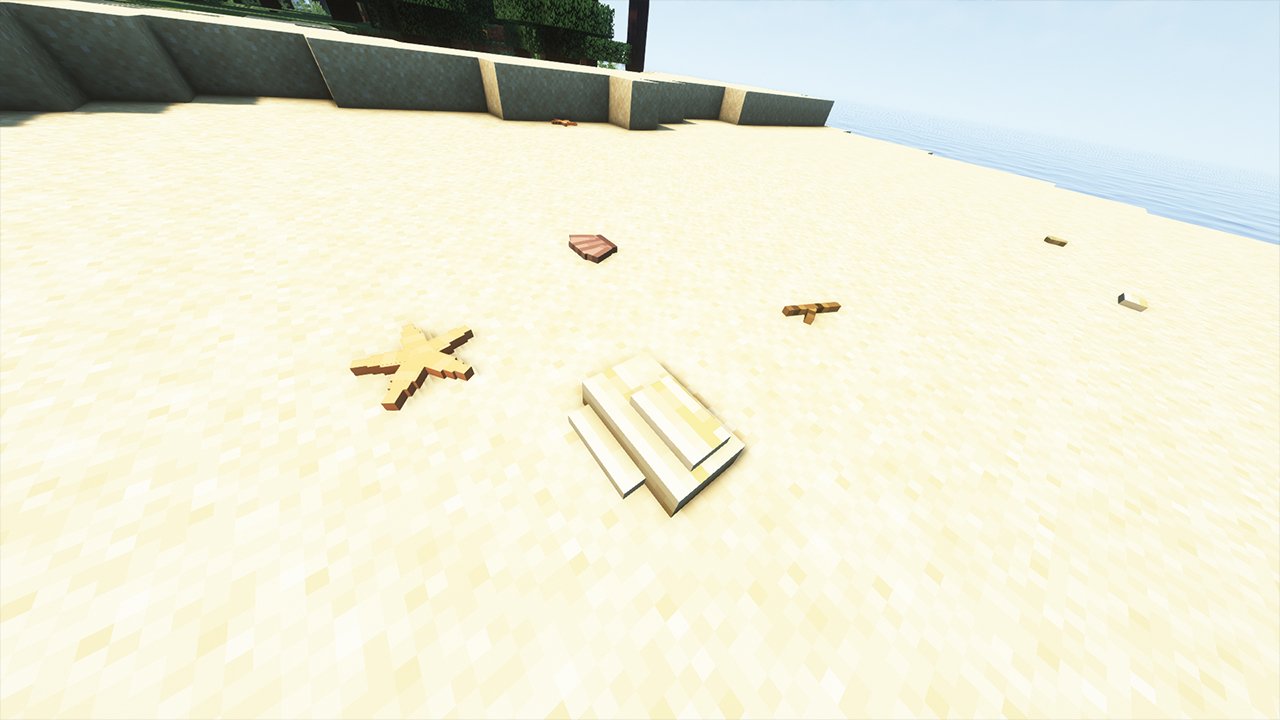 This Rocks, which was originally a Fabric mod, is now available to Forge users on Minecraft 1.18.1. All throughout your world, you’ll notice small ground items like Rocks, Sticks, Pinecones, Seashells and Starfish.

A lot of these items can be harvested too so that you receive useful items. Breaking Pinecones will give Saplings, Rocks give Splitters, which can be turned into Cobblestone, and Seashells can give you Nautilus Shells. If you come across a Geyser, then you can stand on it to activate it, giving you a boost into the air. 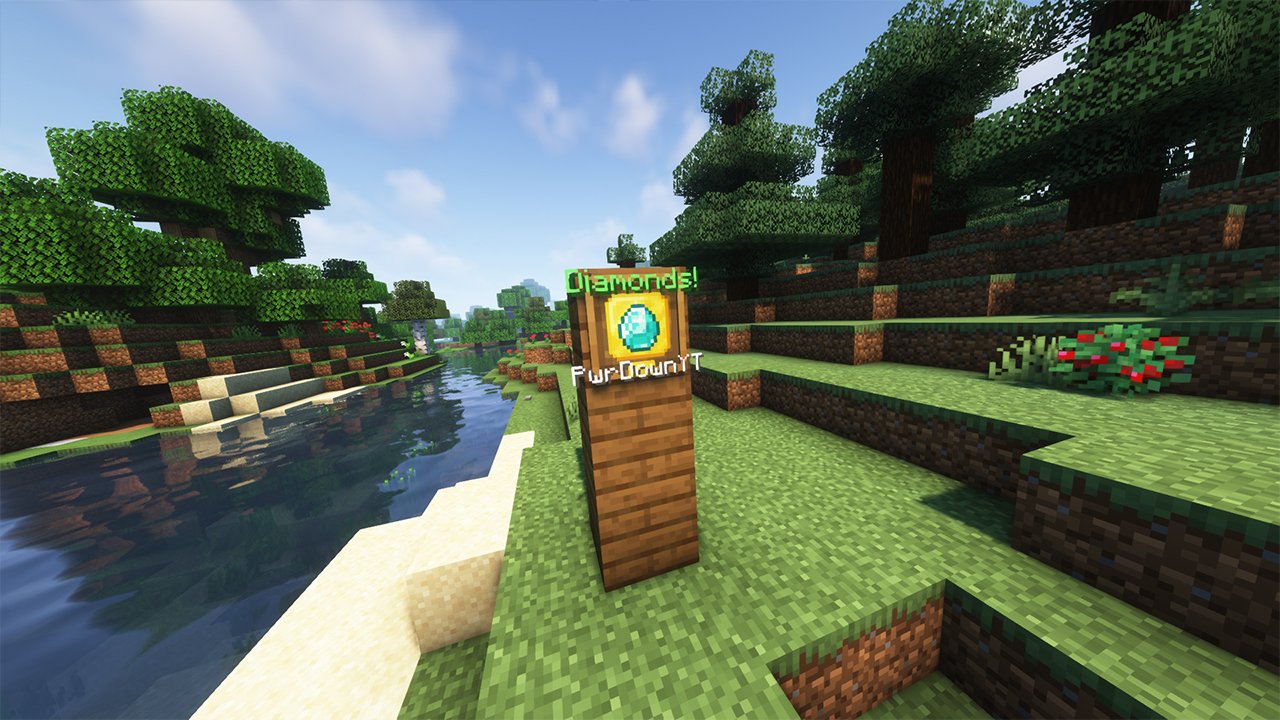 That way, you can showcase your rarest achievements. The frame says the name of the player the frame belongs to, and by sneaking and right clicking it, you can see a description for the advancement. 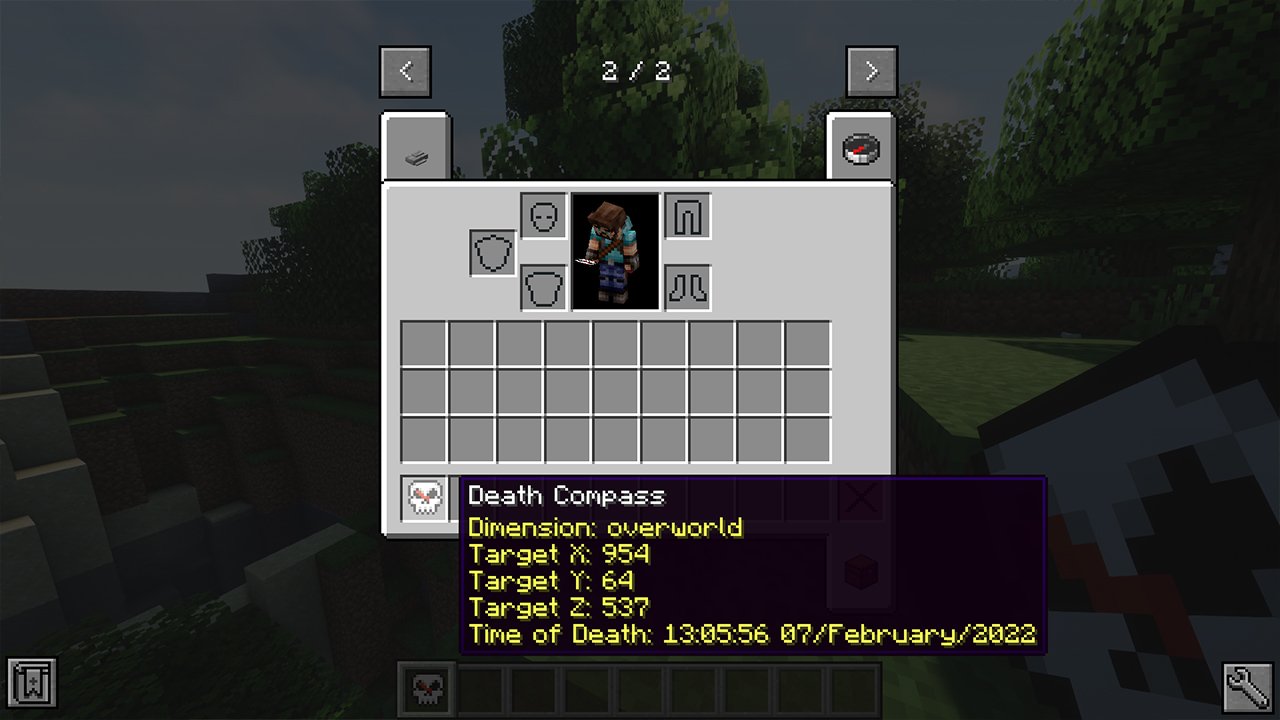 Death Compass is pretty simple. When you die, a Death Compass will be placed in your inventory, and it looks like a Skull. As you’ve probably guessed, it points to the location where you died, allowing you to get back there.

If you hover over the Compass, then you can see some information like the exact coordinates, the dimension you died in and the date and time. It’s not a grave mod, so don’t expect all your items to be kept safe. 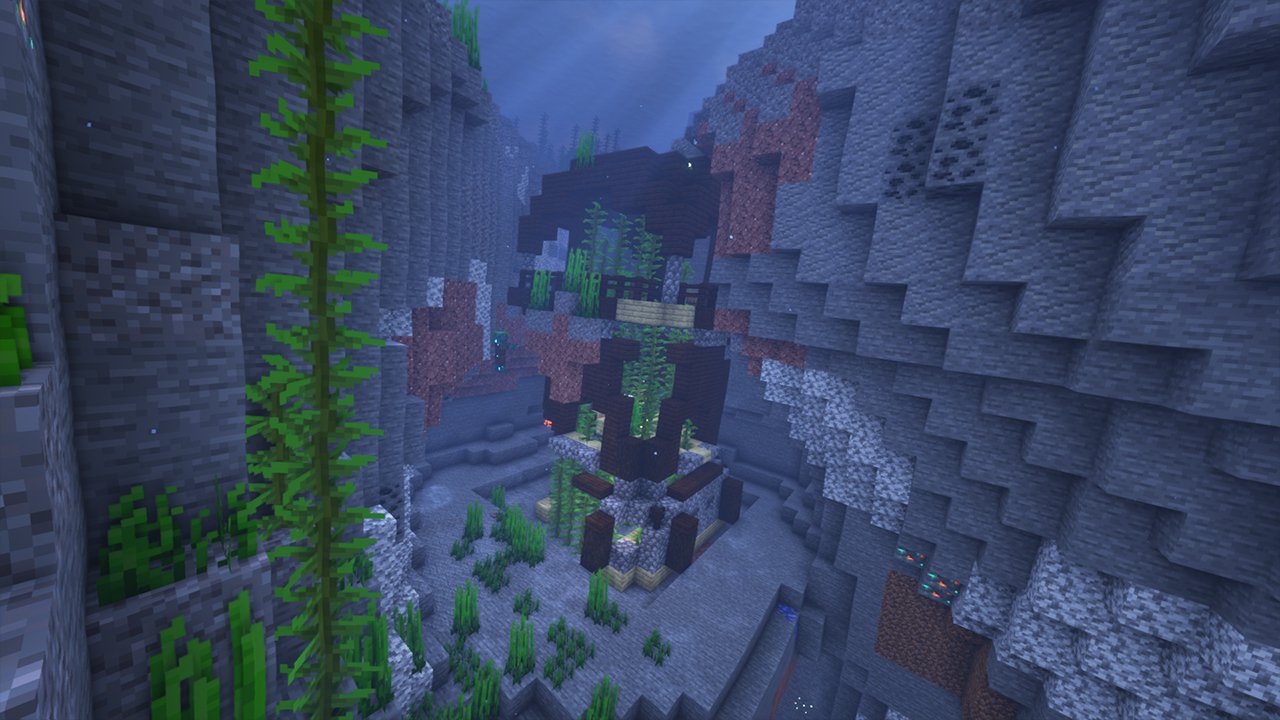 Awesome Dungeons, Ocean Edition will add many new discoverable locations, which are all dungeons. It includes some different ruins and temples, which are all going to be below the water. The developer does have some extra dungeons included with the mod, but these are locked behind Patreon.

As you can expect, there’s going to be lots of loot to collect in these dungeons, and they’re not big enough to get lost in. As you can see on the image above, one of the more interesting locations is the submerged Pillager Outpost. 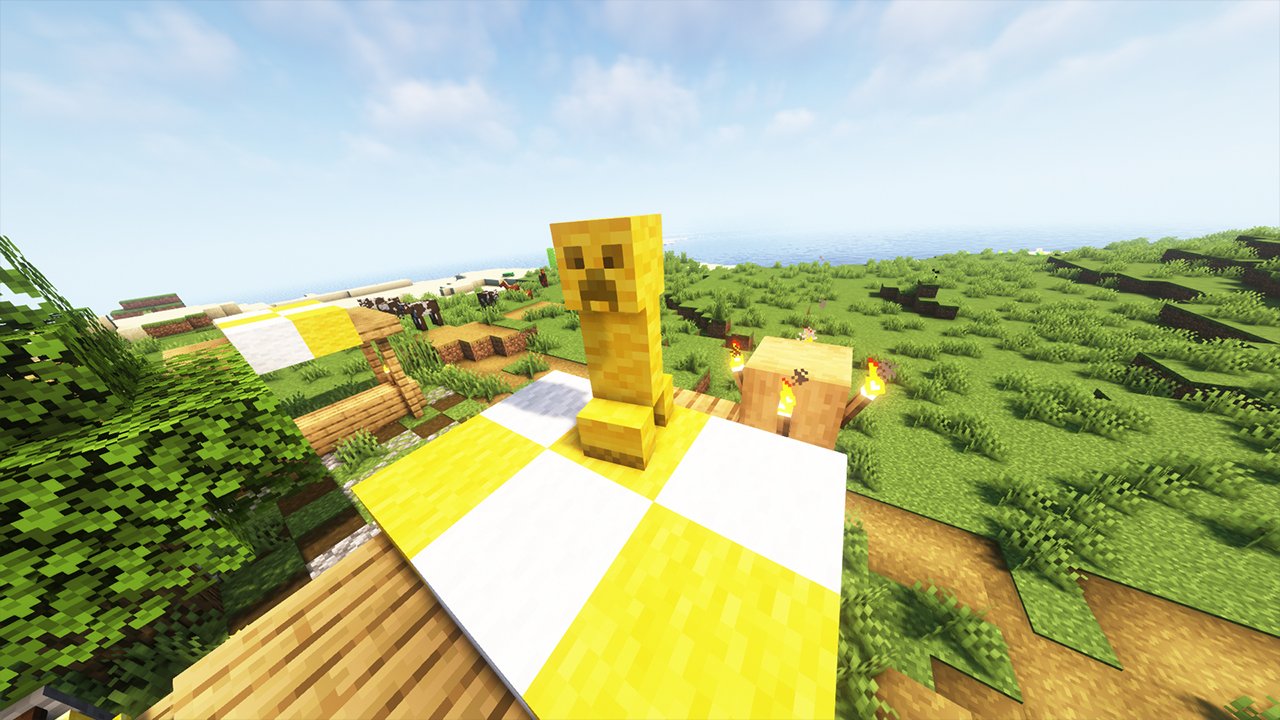 Chromato Creeper is quite interesting. It changes the textures of Creepers, so that they camouflage to the block they’re standing on. The mod has support for most vanilla blocks, as well as modded ones. 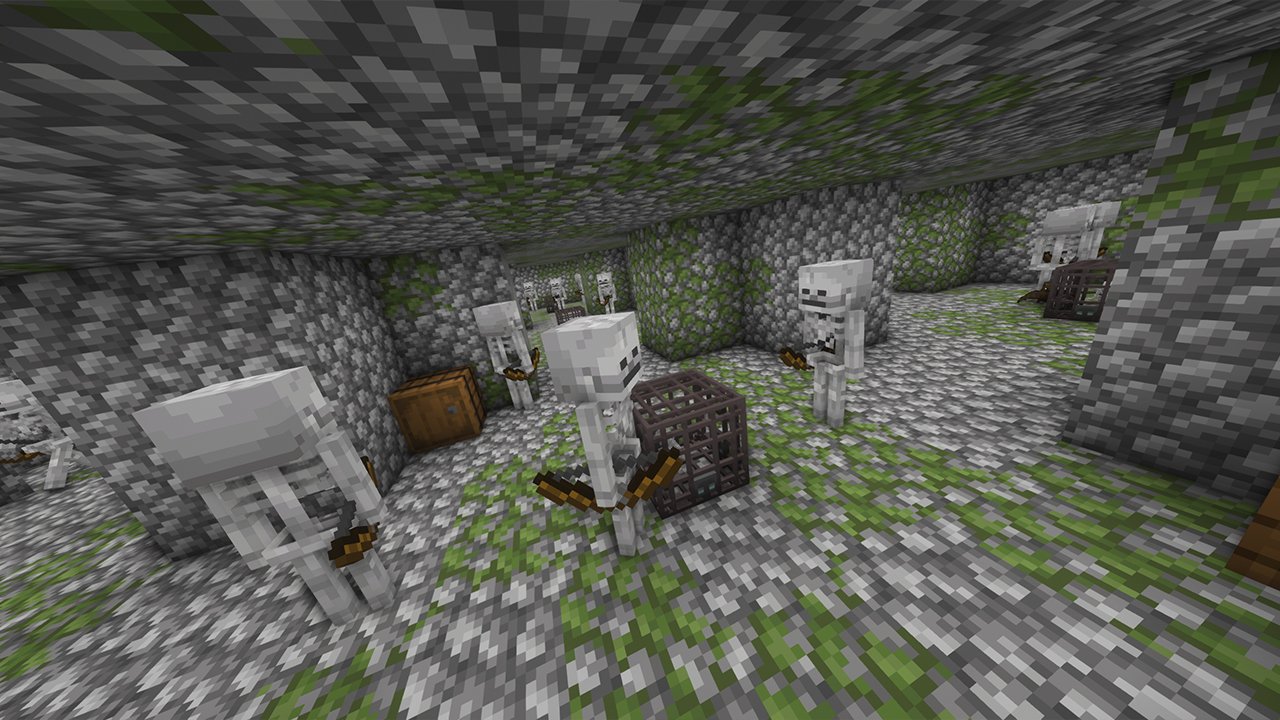 There’s also Dungeons Clusters. It adds Dungeons which spawn Creepers, Skeletons, Spiders and Zombies. They’re quite basic in design, as they’re just replicas of the dungeons that exist in Vanilla Minecraft.

However, you might occasionally come across multiple of these connected together, which create much larger dungeons. They’ll have a lot more mobs, but a lot more loot too. This mod was created by the same developer as Awesome Dungeons, Ocean Edition. 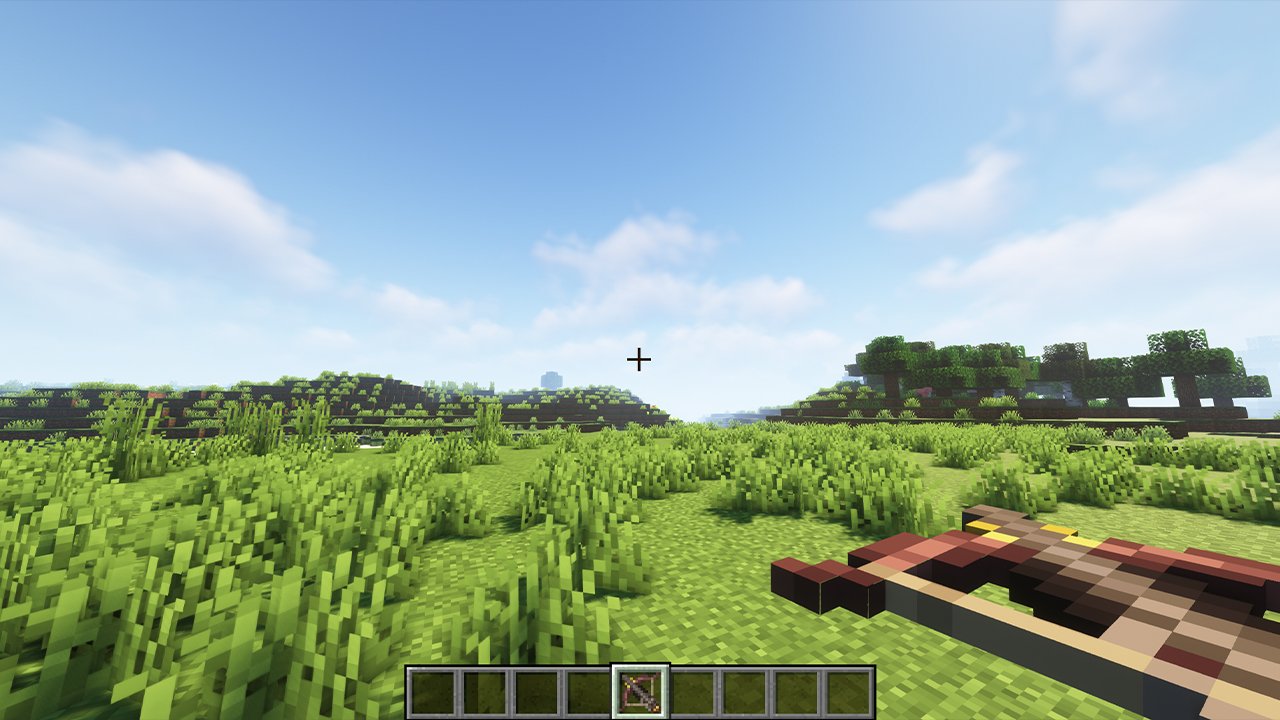 This mod will overhaul the Crossbow, so that it matches its vanilla concept. Firstly, the recipe of the Crossbow is changed, so that it costs a Bow, 4 Iron Ingots and 4 Planks. They no longer use Arrows either, as they use Bolts, and there’s a few different tiers which all determine the damage.

There’s even an Explosive Bolt. But if you want to use Explosive Bolts, you’ll need to craft the Netherite Crossbow, which can be created by upgrading a regular Crossbow with a Netherite Ingot. 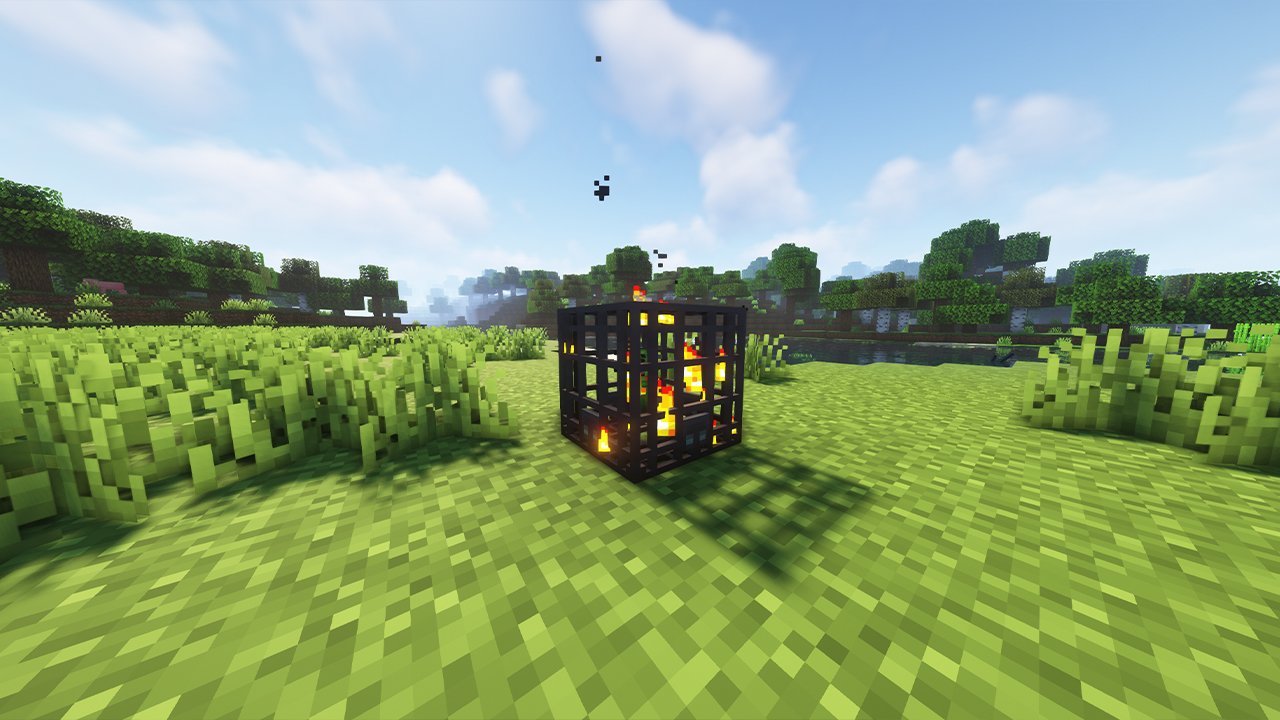 Simply Soul Cages will change Spawners. They’ll now take longer to break, and will also be explosion proof. You’ll no longer get experience when they’re destroyed either, as you’ll receive a Resting Soul Cage instead.

These are useless, and they’ll need to be thrown into a Soul Fire, to turn them into regular Soul Cages. These can be placed down, and Spawn Eggs can be used on them to change the type of mob it spawns. The developer has already added recipes for Spawn Eggs of hostile mobs, so you should use Just Enough Items to view them. 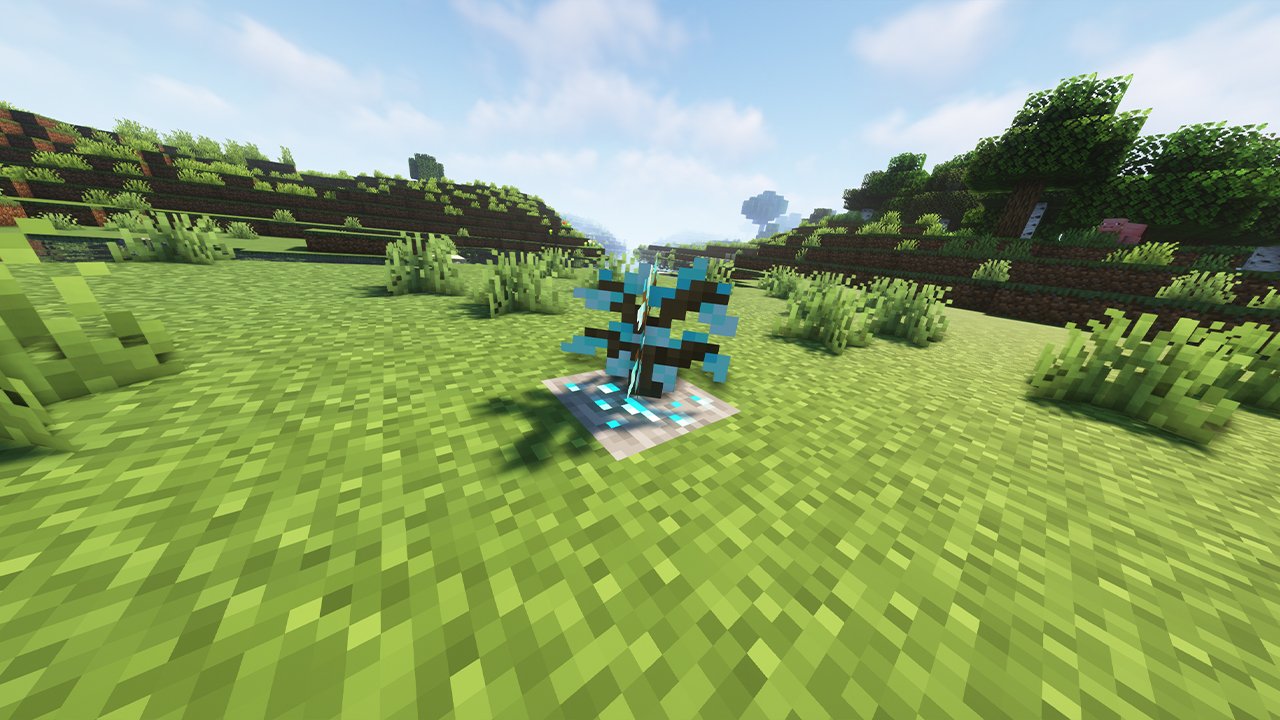 Ore Tree Reborn allows you to grow materials like Iron, Gold, Copper, Diamonds, Emeralds and more. To start, you’ll need to make one of the new Saplings, which costs a regular Sapling, as well as the material you want to produce.

These must be planted on their Ore Blocks, so a Diamond Tree Sapling needs to be planted on Diamond Ore. Over time, it will grow into an Ore Tree, and you can harvest the Wood and smelt it, to get more materials back. 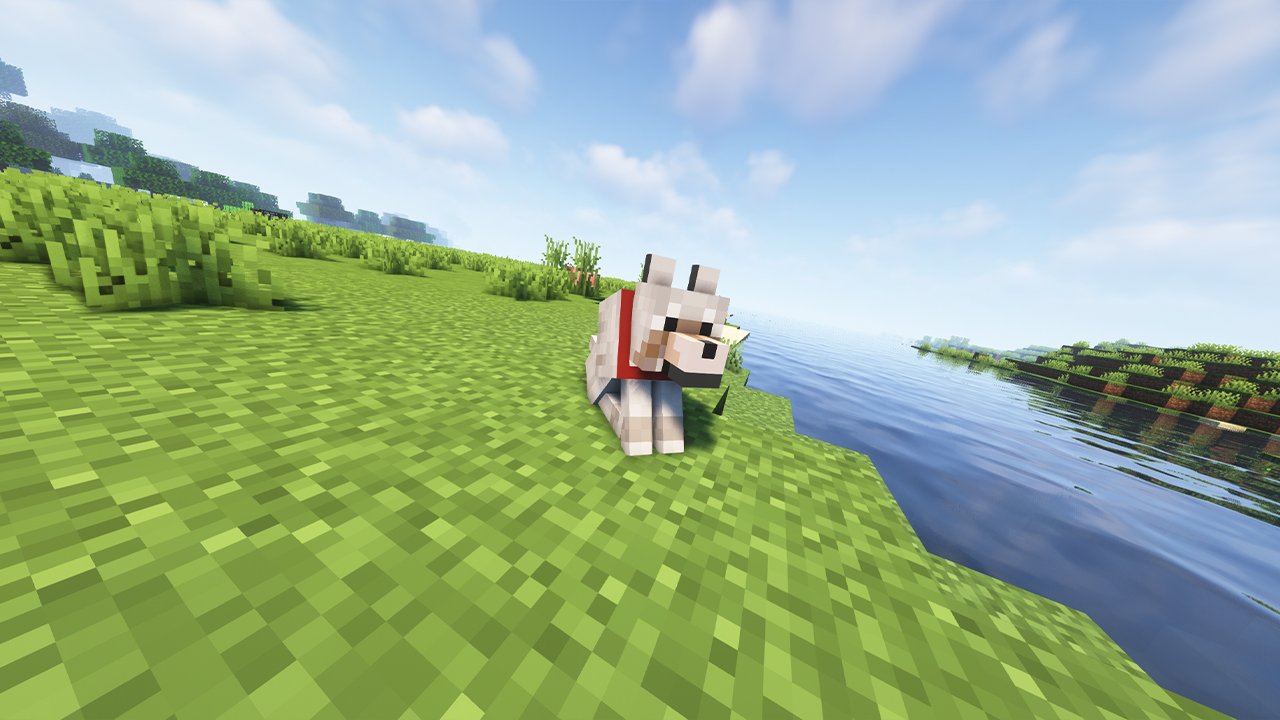 Companion will improve the behaviour of your pets. Firstly, if you go into a different dimension, your pet will come with you. The same goes for any creatures that you have on a leash. If a Pets health is less than 20%, then it will teleport behind you, and no longer attack so that it has a higher chance of staying alive.

When it comes to Parrots, they’ll no longer dismount when you’re floating in water, and should stay on your shoulder unless you jump in place. Sweeping Edge won’t hurt your pets anymore either. 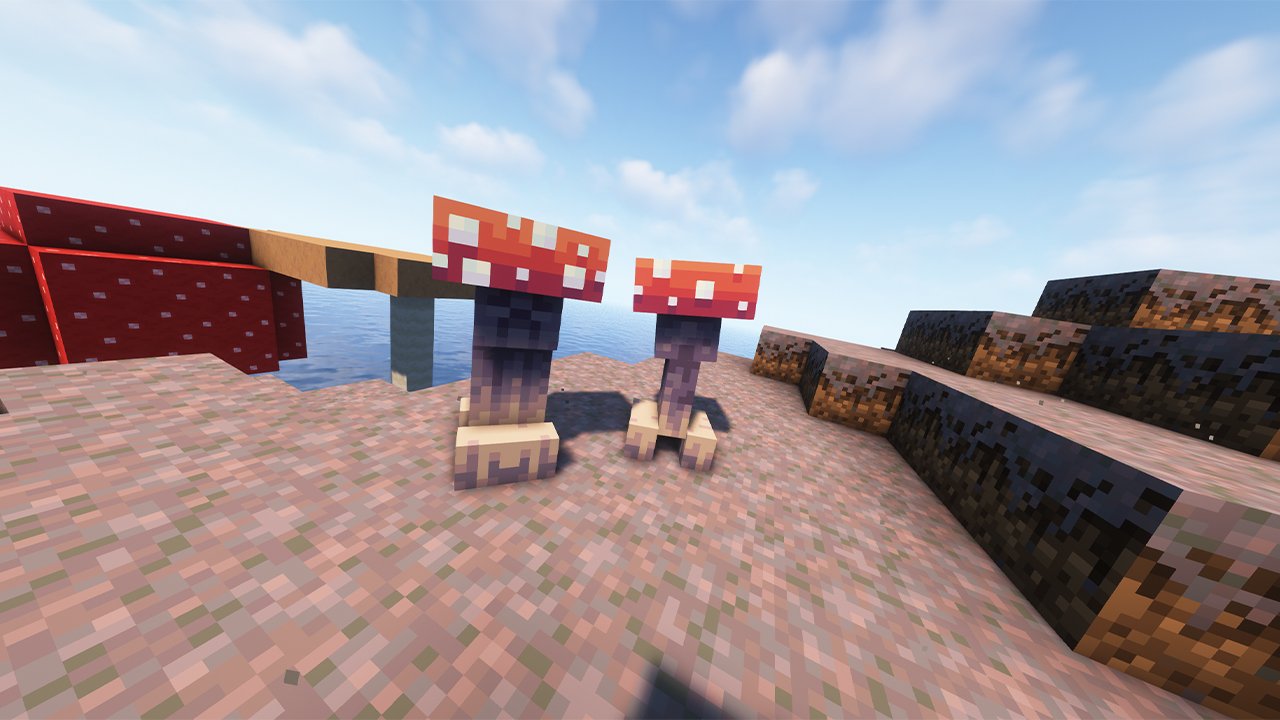 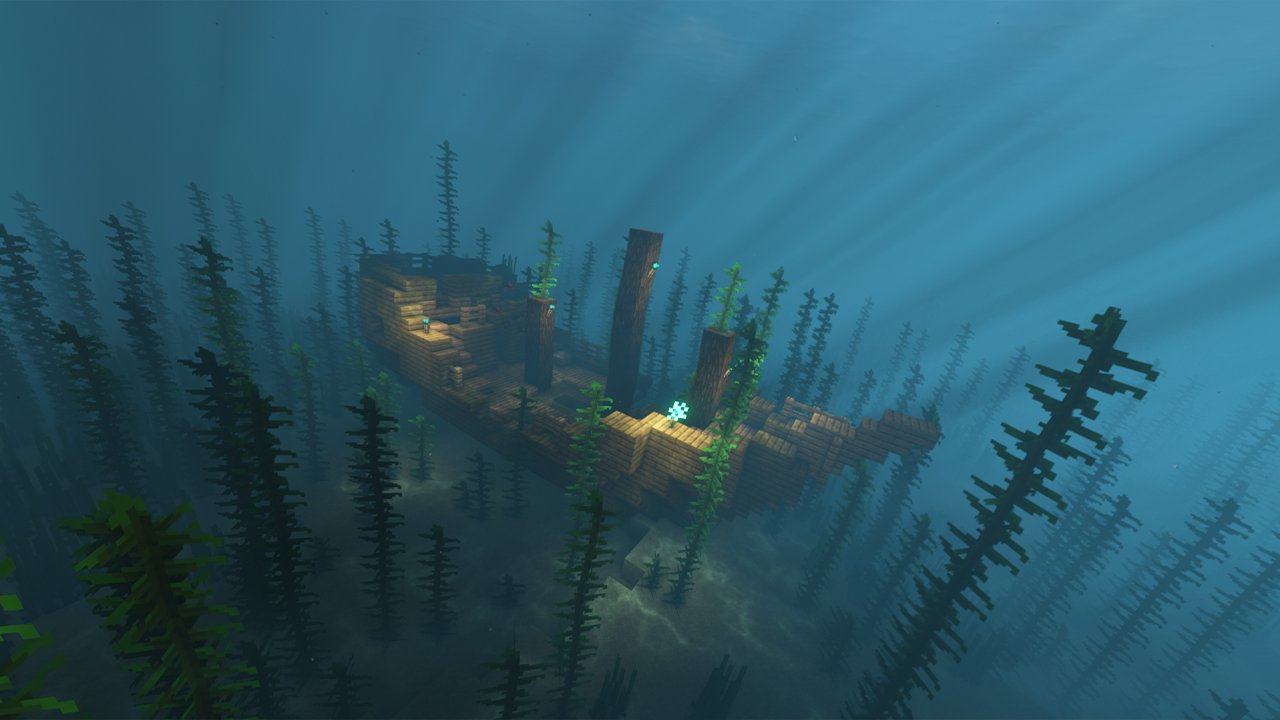 This mod gives a use to your Glowing Inc Sacks, as they can now be used to craft Aquatic Torches. These are like regular Torches, except they can be placed underwater, allowing you to light up submerged areas. 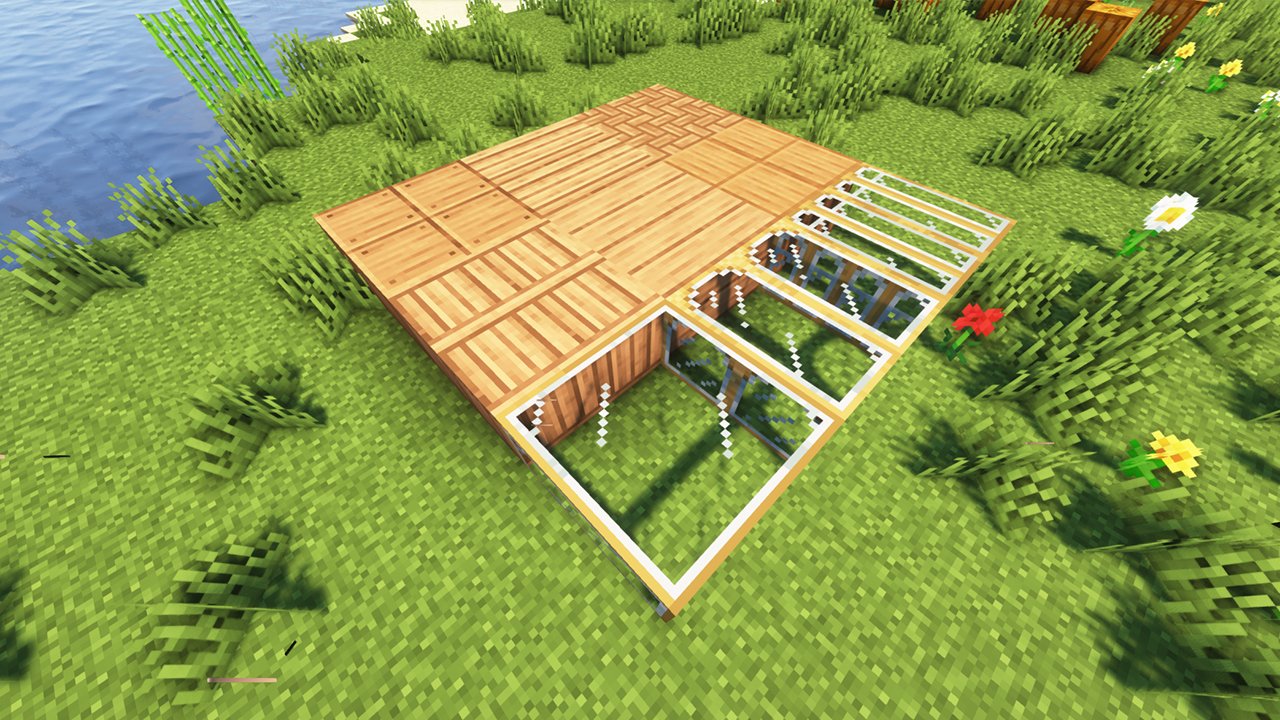 Builders Delight is going to give you access to hundreds of new building blocks. To get started, you need to craft an Iron Chisel, from a Stick and an Iron Ingot.

When you right click while holding it, you can place different blocks in the middle slot, like Planks, Cobblestone, Prismarine, Bricks, Glass, Sandstone and more. The outer slots will show all the different blocks it can be turned into, so in general, this mod is going to be great for decoration. 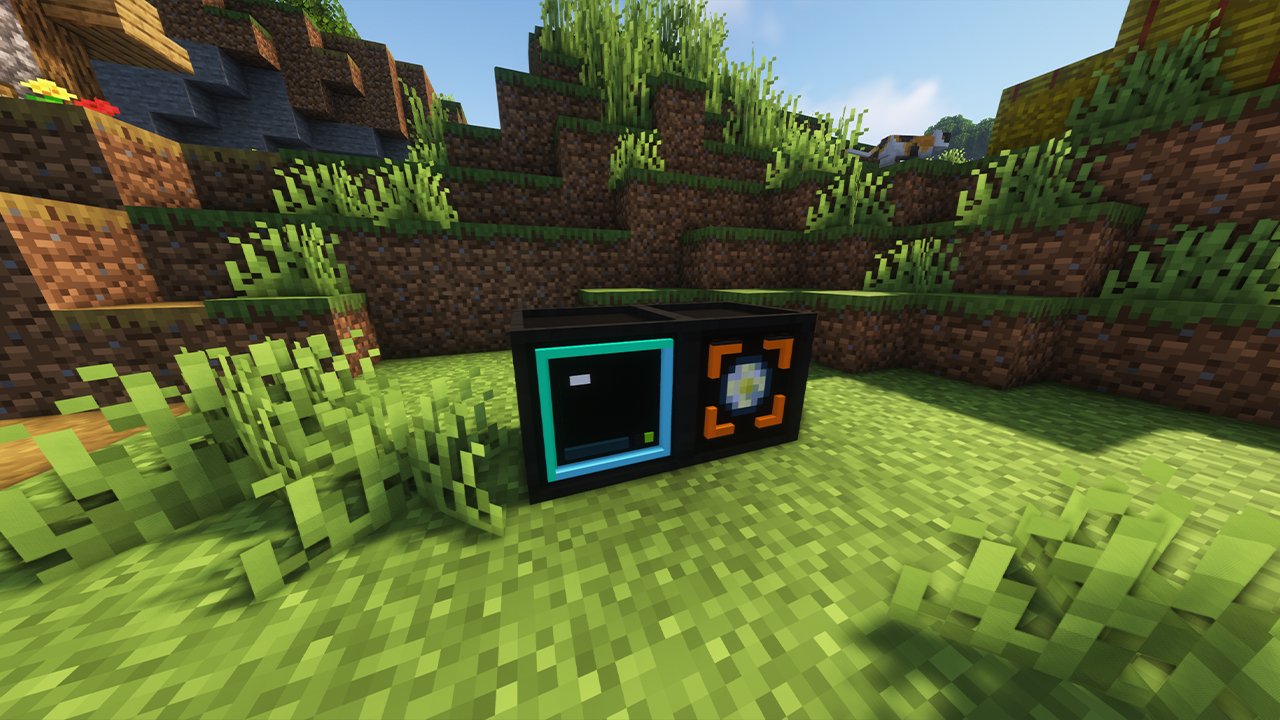 Hostile Neural Networks allows you to run simulations, giving loot in return. To start, you’ll need to craft a Model Framework. When you right click a mob while holding this item, you’ll create a data model for that creature. The next thing you need to do is craft a Deep Learner from 4 Obsidian, 3 Redstone Repeaters, Glass and a Redstone Dust.

Open this up, and place your data model inside. What we need to do is increase the model accuracy, which determines the success rate of your simulations. The way we can do that is by keeping our data model inside the Deep Learner, and going around and killing as many of that mob as possible.

Over time, the tier will increase, as well as the model accuracy. Once you have the accuracy at a point you’re happy with, you’ll need to craft a Simulation Chamber and place it down, this also needs to be powered with Forge Energy. Craft some Prediction Matrix, each one you craft will allow you to run a single simulation.

When you place your data model in the top left slot, simulations will run, and occasionally, they’ll succeed, giving mob predictions in return. You can place mob predictions inside the Loot Fabricator, which also needs powering. When you place the prediction inside, you can choose the loot you want. That’s the general rundown of how the mod works, and it’s pretty fun to use. 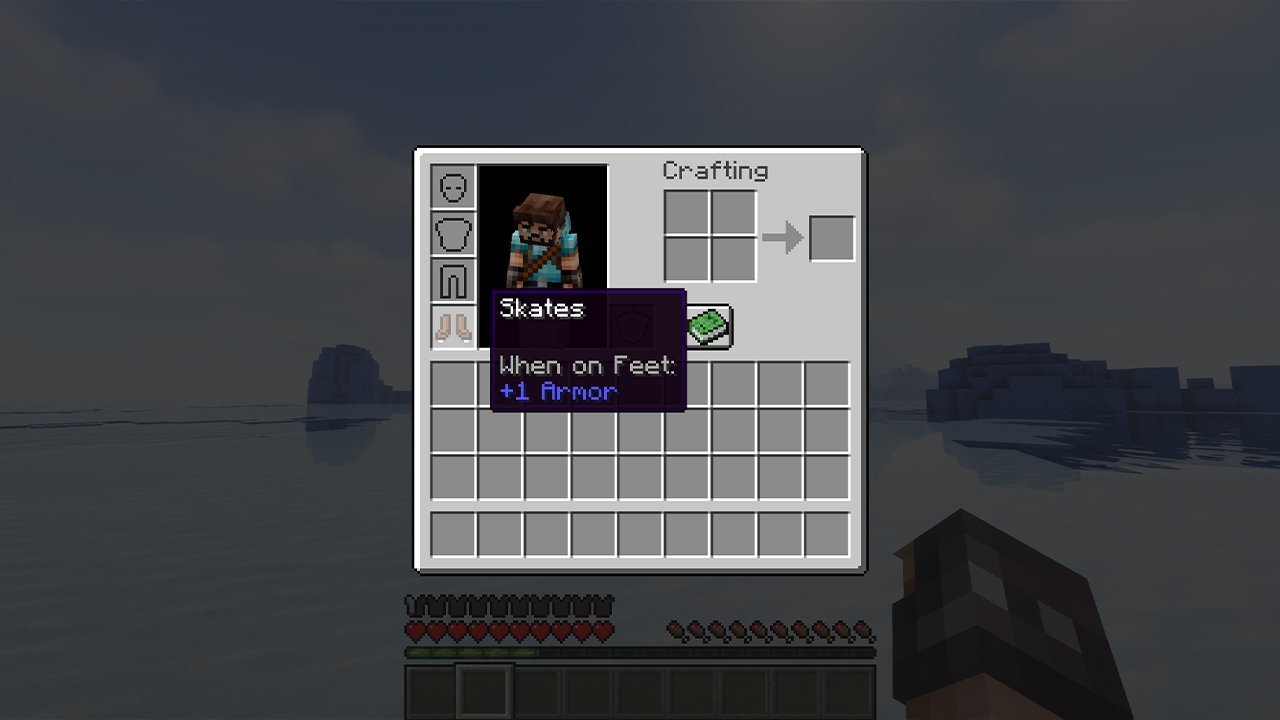 Winter Essentials is all about Winter. The first change comes to Biomes, and each one now has a chance of receiving Snow, even deserts. When it stops snowing, it will melt again. The Snow Shoe upgrade can be applied to Boots, so that you can walk over Powdered Snow. If you wear Skates, then you can move a lot easier on Ice, with increased movement speed and better control. The developer hopes to expand on this in the future, with more clothes, debuffs and more. 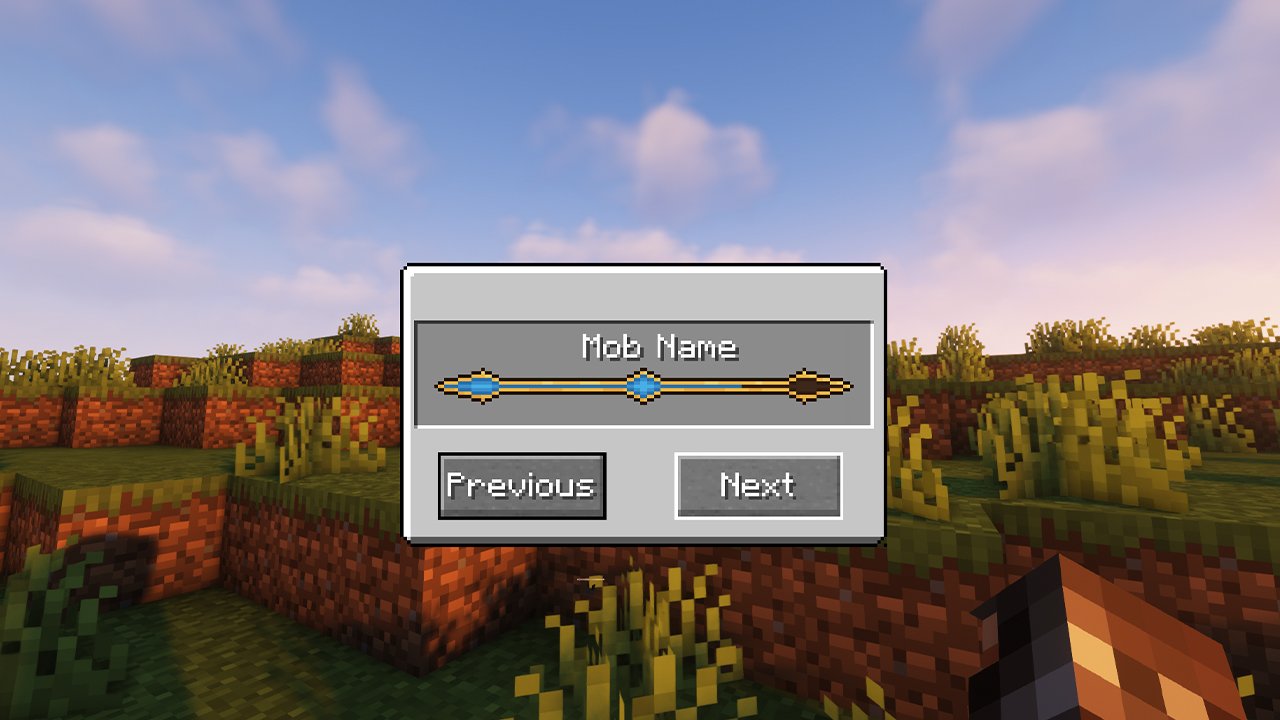 This mod will add healthbars above mobs in your world, so you can see how much more damage they need to take. There’s 6 different bars included with the mod, and you can switch between them by pressing the H key