Forge is as popular as ever, and was quickly updated to Minecraft 1.18.2. In this list, we’re going to show you 20 mods which are already available for this version of Minecraft.

As always, these lists showcase mods that where released over the past 30 days, so you’re always finding new content. All the buttons on this page go back to CurseForge, where you can download these mods. 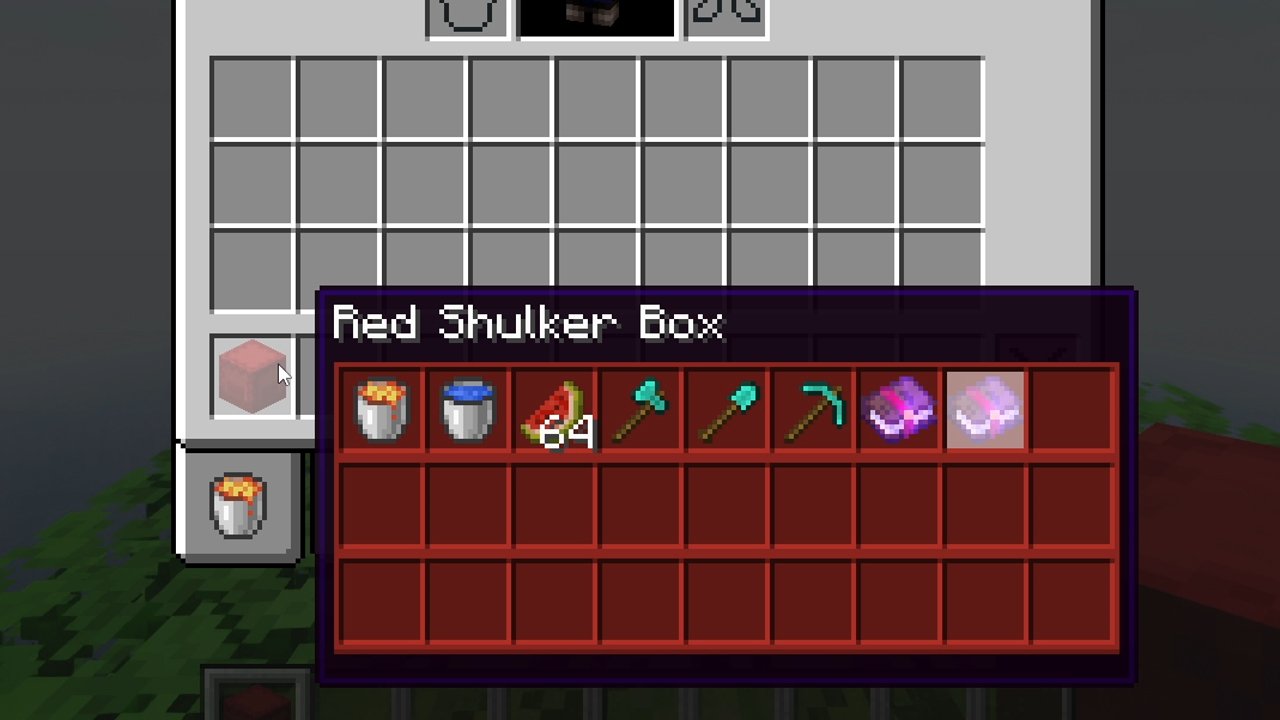 Easy Shulker Boxes allows you to see what’s inside a Shulker Box, simply by holding SHIFT while hovering over it in your inventory. Now, you’ll also be able to deposit and withdraw items from a Shulker Box, without placing it on the ground. 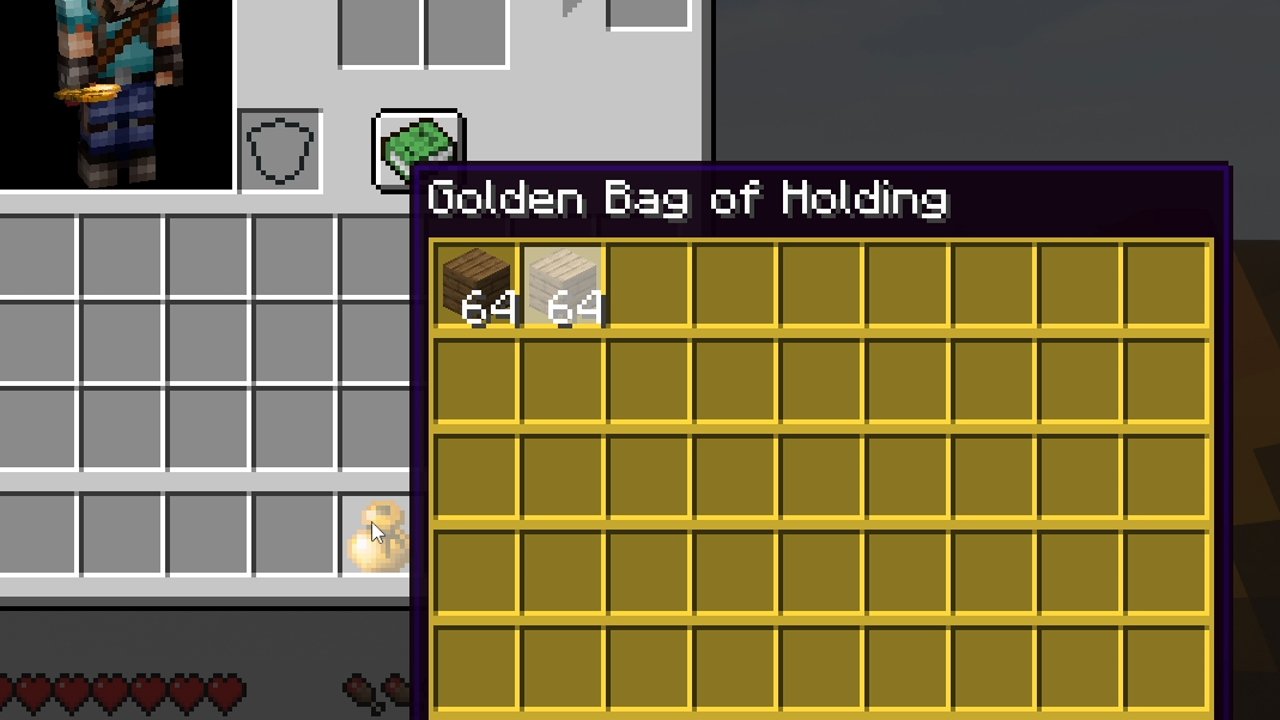 The Bag of Holding has 3 different tiers it can be upgraded between, which are Leather, Iron and Gold. As you’ve probably guessed, this is like a Backpack mod, and each Bag will give 9, 27 and 54 slots.

Like with Easy Shulker Boxes, you can quickly deposit and withdraw items without opening the Bag of Holdings inventory, and hover over it to see the contents.

There’s also the Preservation Enchantment, which causes the Bag of Holding to stay in your inventory if you die, with the level of the Enchantment reducing by 1 each time it’s used. 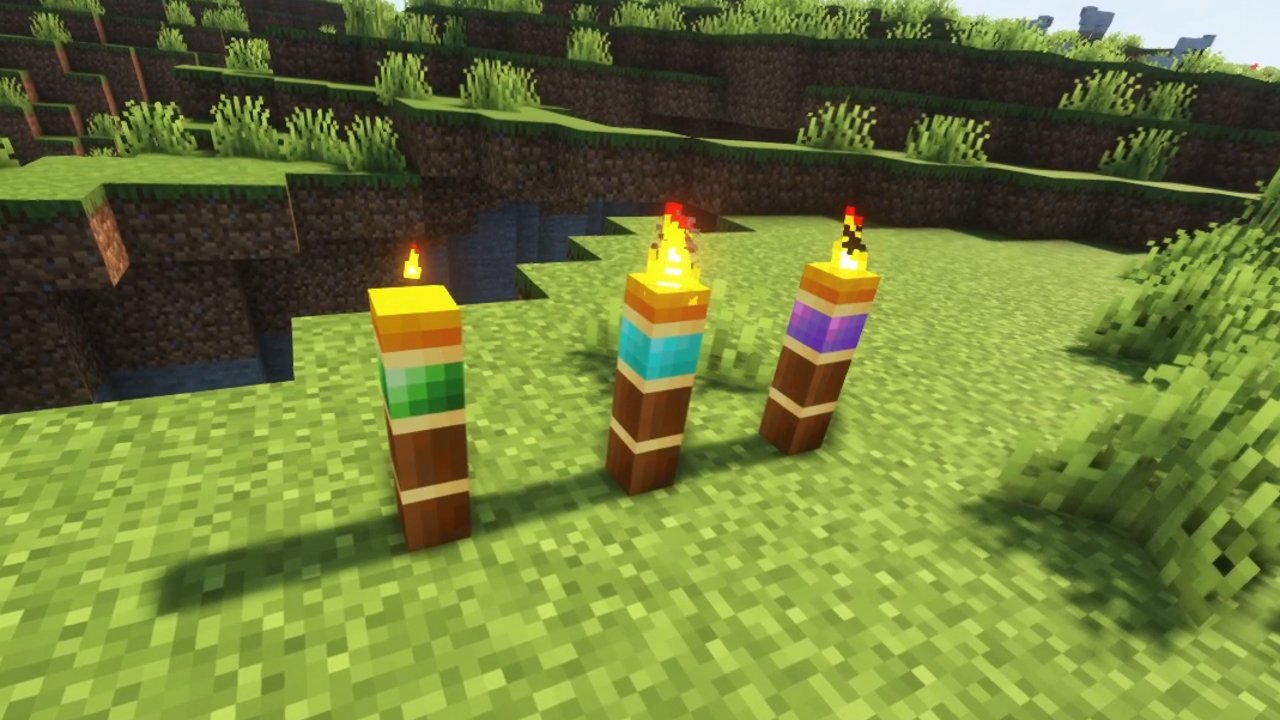 Magnum Torch adds 3 new Torches to Minecraft, which can prevent the spawning of mobs. These are made from Diamond, Emerald and Amethyst.

The Torch you use and place down can disable the spawning of Hostile Mobs, Passive Animals, as well as Cave and Water Creatures. Spawning will be disabled in a radius around the Torch, and you can configure the mod to your liking. 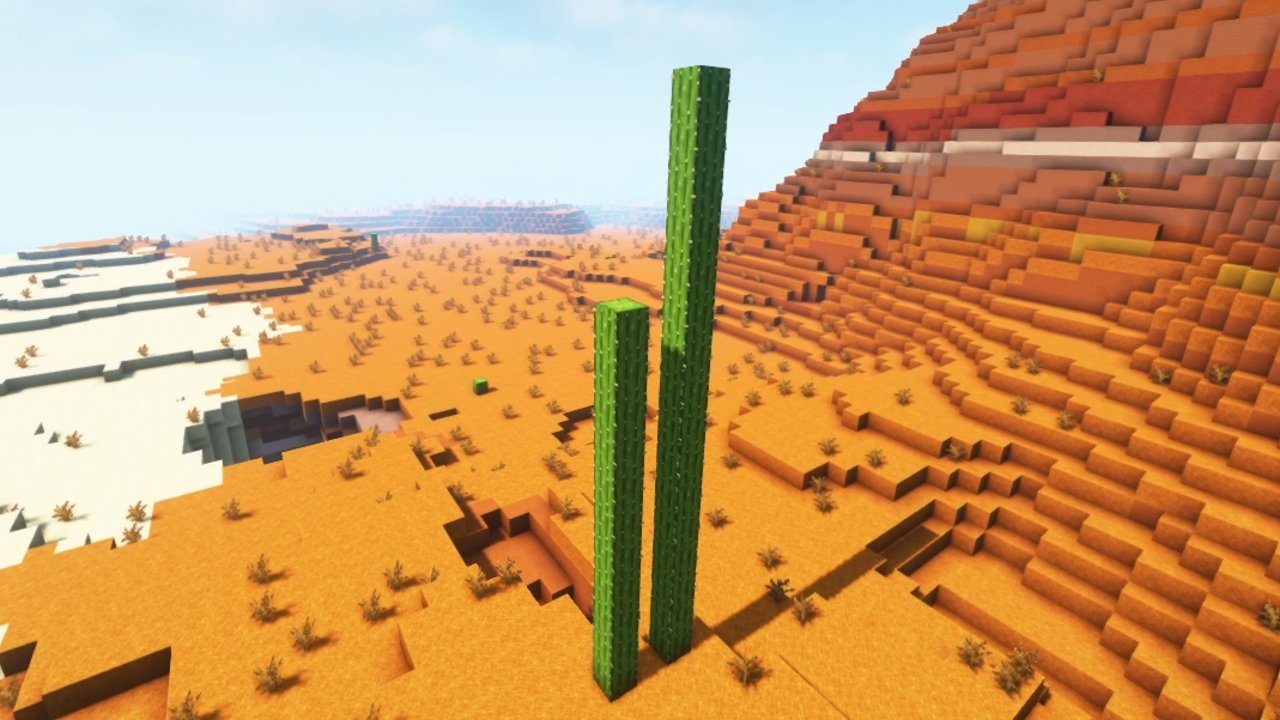 Universal Bone Meal will allow you to use Bone Meal on some new plants. Some examples are Sugar Canes and Cactus, which can now reach upto 16 blocks high.

Or Dead Bushes can spawn on Sand instead. Using Bone Meal on the Stem of Pumpkins and Melons can force them to grow, and other uses include Lily Pads, Nether Warts, Vines and more. 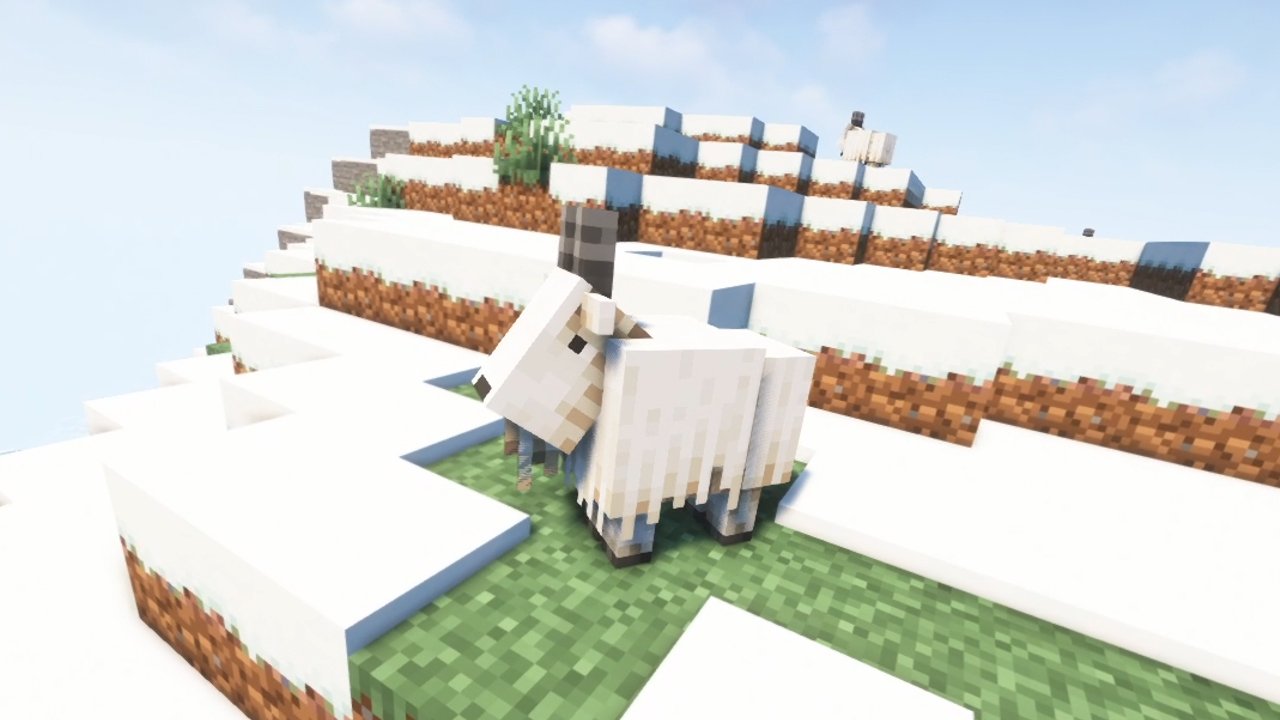 You can try out Oh My Goat to expand on the functionality of Goats. Firstly, Goats will now drop Goat Meat, which can be cooked and eaten.

They also have a chance of dropping Goat Horns, which can be used to play a sound and scare other players. Or they can be added to Helmets inside a Smithing Table, and equipped to give a percent chance of damaging other players.

By using a Bucket on a Goat, you can milk it, and by placing the Milk inside a Cauldron, it will turn into Goats Cheese. 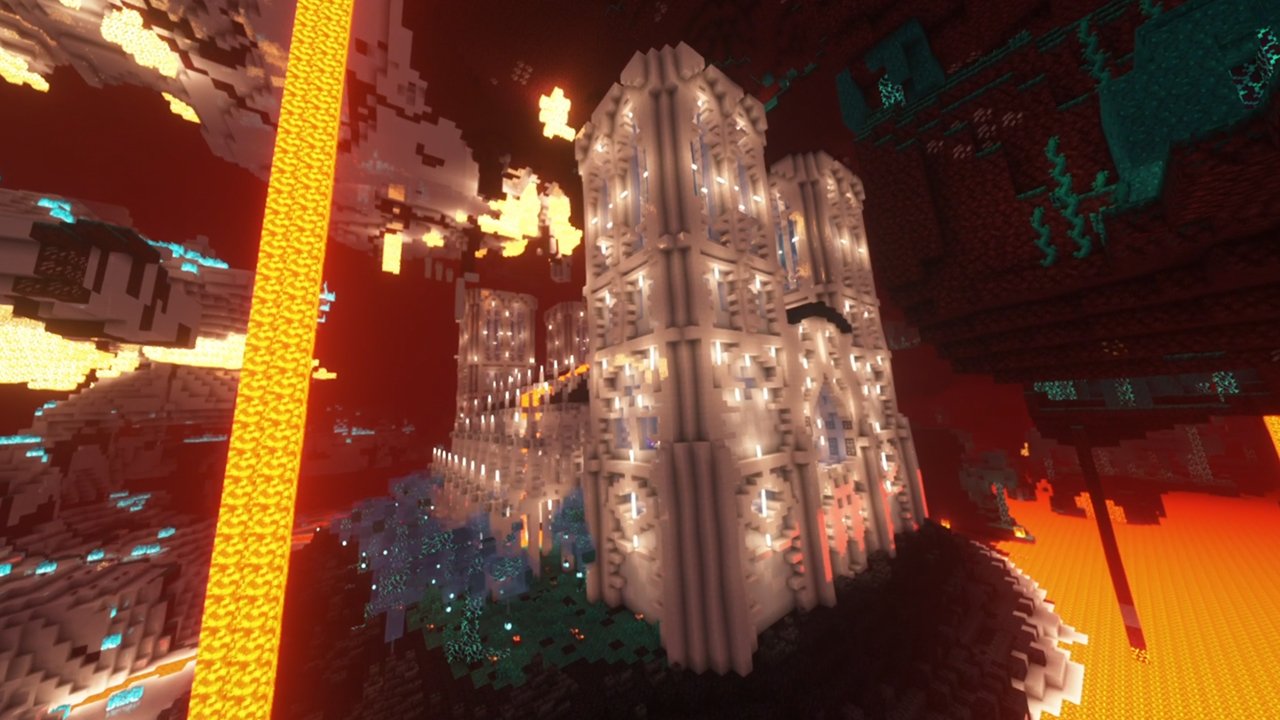 Incendium brings an update to the Nether, which starts by increasing the world height to almost two hundred blocks high. You can find 8 new Biomes, such as the Quartz Flats, Ash Barrens, Toxic Heap, Weeping Valley and Withered Forest.

All of these Biomes, plus the others that the mod adds are made up of Vanilla blocks. You’ll find 9 new structures too, which include the Nether Reactor, Ruined Lab, Sanctum, Abandoned Tower and Piglin Village.

There’s lots of loot to collect at these locations, and some of them are really big, which should definitely make the Nether more interesting to roam around in.

There’s a lot to the mod, as you can summon the likes of the Hovering Inferno at the Infernal Altar, or get interesting items like a Shield which emits Radiation, which can be found at the Nether Reactor. 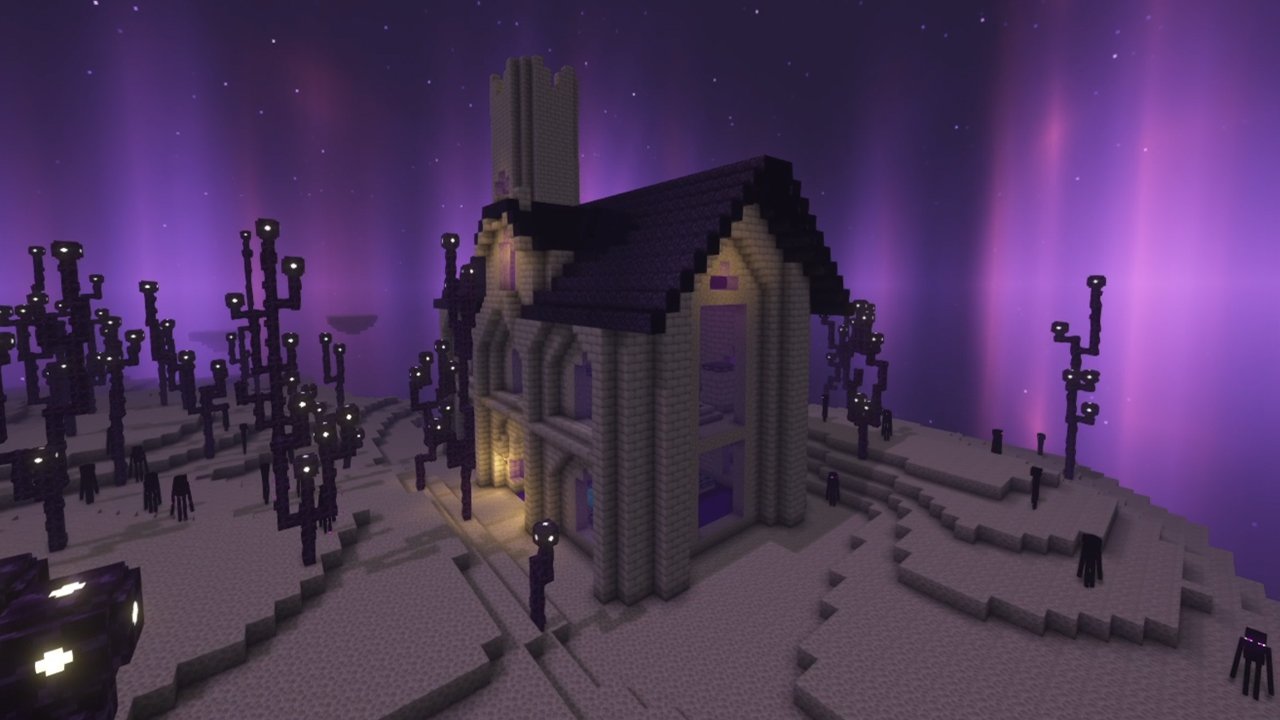 Another version of Awesome Dungeons was released, with this one adding some new Dungeons and locations to the End Dimension. The new Dungeons include the Castle Evoker, Hard Castle, Pill, Palace and Pyramid.

Just like with other expansions of Awesome Dungeons, you’ll find Barrels containing loot, as well as lots of hostile mobs. There’s also some Ore Blocks to be found in these locations, which can speed up your progress. 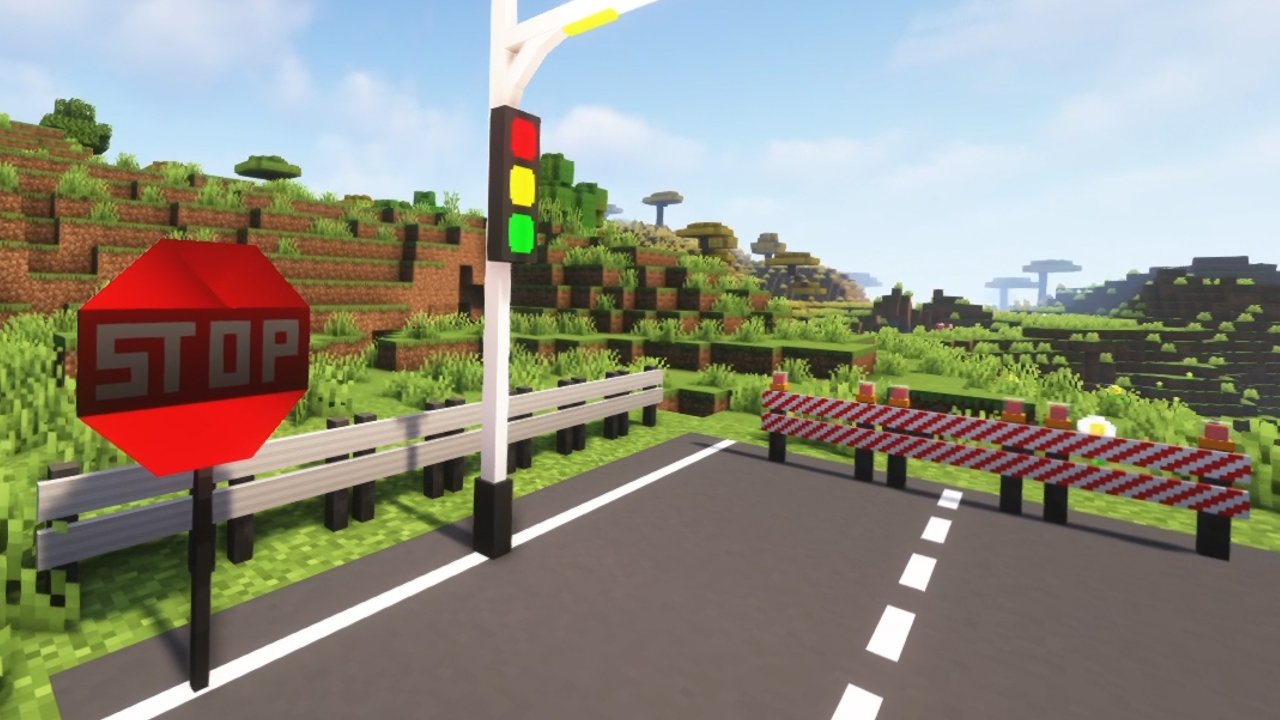 An expansion was also released for the Crafting Dead, and it’s called City Blocks. It’s usable without the other Crafting Dead mods, and adds some decorative blocks, which should help with creating your own cities and towns.

There’s Roads, Barriers, Street Lights, Sandbags and Traffic Lights which are all craftable. So it could be useful for some of your modpacks, especially if you have some vehicle mods installed. 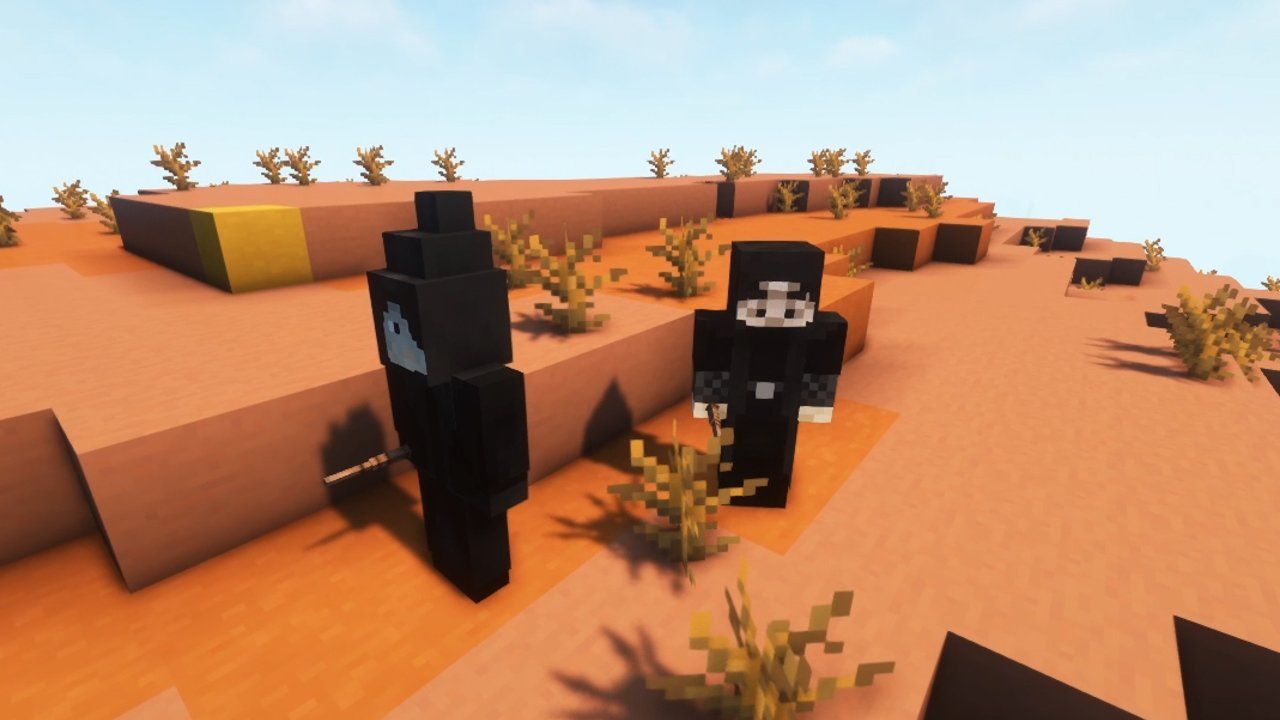 With YDM’s Wizarding World of Harry Potter, you can craft an Apprentice Wand from a Stick and a Diamond. By pressing B, you can enter Battle Stance mode, which is when you can use Spells.

But first, you should press H to open your Spell Book, and transfer spells to the Battle Stance hotbar. You can cast Patronus Charms, Lumos, Expelliarmus, Ascendo, and even the Killing Curse, Avada Kedavra.

There’s also 3 new mobs to fight, which are Death Eaters, Dementors and Trolls, and you’ll definitely want to use this alongside the Broom’s mod, for even more Harry Potter immersion.

The developer says they plan to add a leveling system to this mod in a future update, which should be interesting. 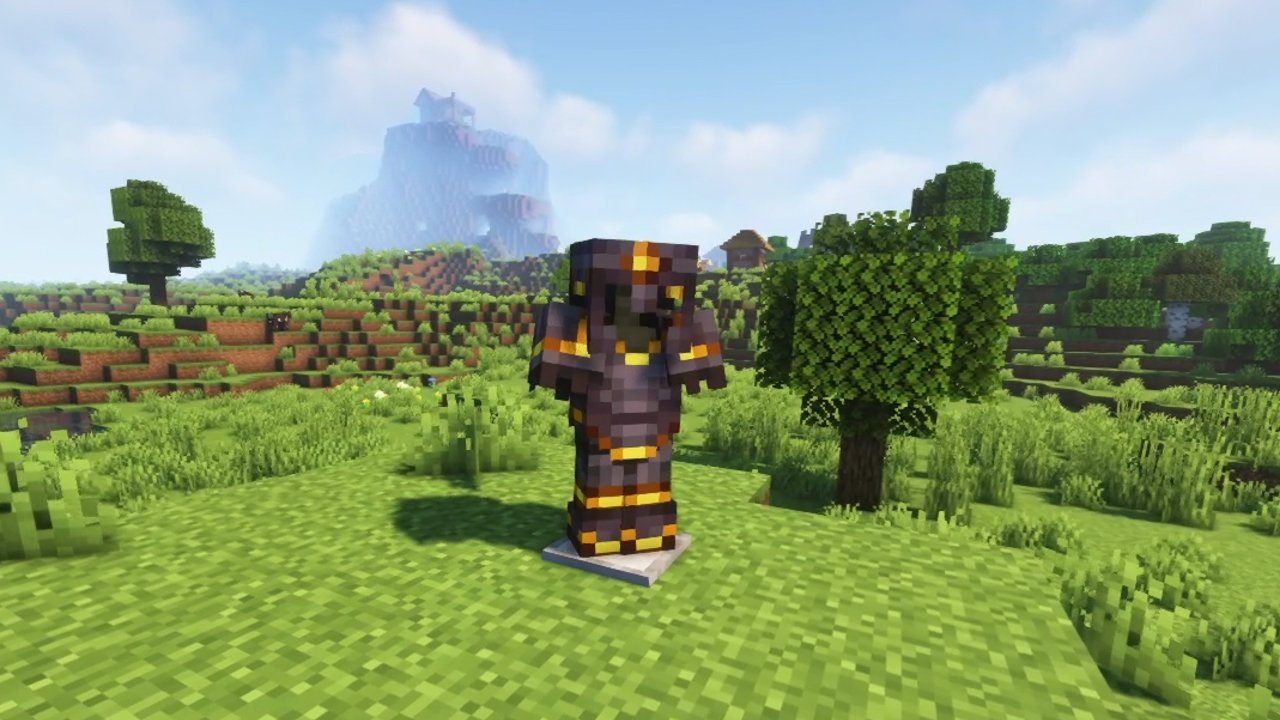 Additional Additions, which was originally a Fabric mod, now has a Forge release, and has lots of features. The first item included is Rope, which can be crafted from 2 String, and can float freely, allowing you to descend easily.

Copper Patina works like Redstone, and can be scraped from Copper, so could be useful for having multiple currents running alongside each other. By adding Copper Bars to Gold Armor in a Smithing Table, you can create Rose Gold equipment, which is tiered between Gold and Diamond.

A Spyglass can now be attached to a Crossbow, allowing you to look through it like a Scope. Watering Cans can be filled with Water, and used on Crops to make them grow faster. Whereas Amethyst Lamps won’t affect the lighting in your world, but will still remove the spawning of mobs in an 8 block radius.

Gold Rings can be bought from Piglins, and when applied to Netherite Armor, it will have a higher Enchantability, and will also prevent Piglins from becoming hostile. There’s more features too, like Portable Jukeboxes, some new Foods, Glow Sticks and more. 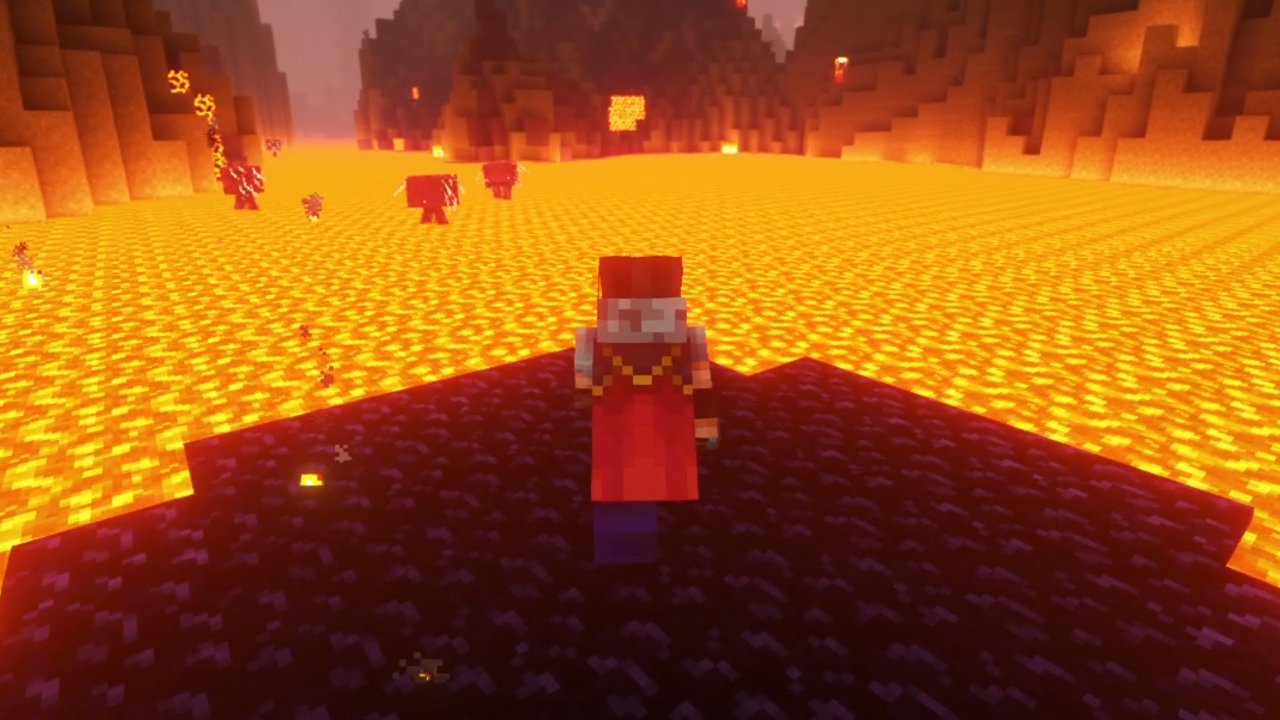 Lava Walker is a new Enchantment which can be obtained from Librarian Villagers, and it can be applied to your Boots.

As you’ve probably guessed, wearing these Enchanted Boots will allow you to walk over Lava, as it temporarily turns into Obsidian, making it great to use in the Nether. 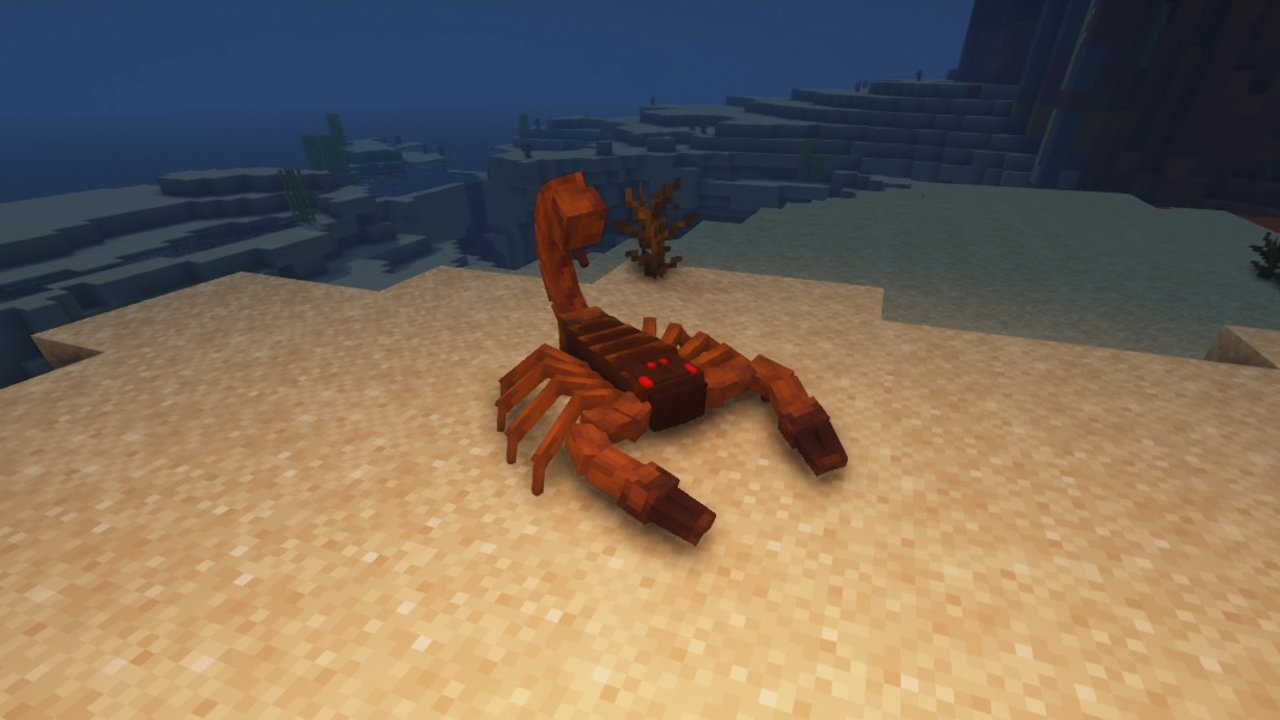 You can find Scorpions spawning in your world with this mod installed, specifically in Deserts and Soul Sand Valleys. During the day, they’ll bury themselves in the Sand, although you still might notice them moving around, and they’ll come out during the night.

If you kill them, they’ll drop their Stingers, which can be turned into Venom Potions, which will poison attackers. By holding a Spider Eye, Scorpions will be passive, and can follow you. 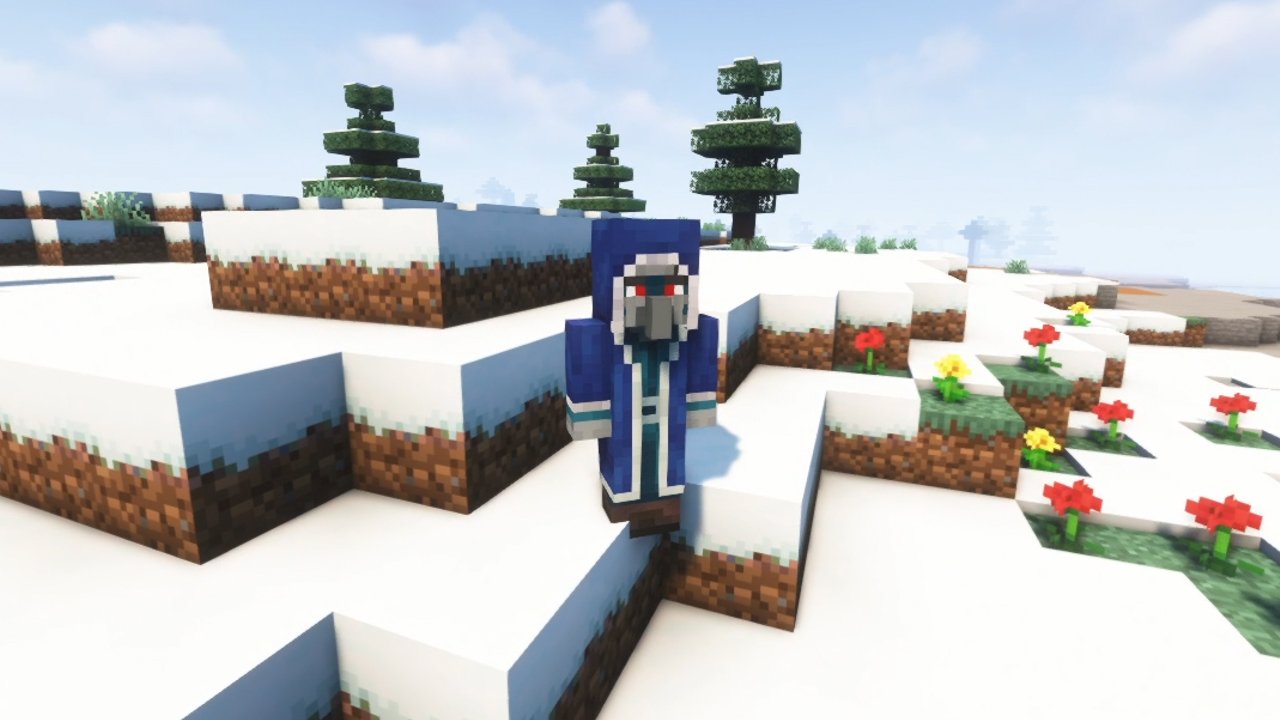 Another creature added by YDM is the Iceologer. It can be found in Minecrafts colder Biomes, like the Frozen Ocean, Snowy Beach and Jagged Peaks. Iceologers are hostile, and when they attack you, they’ll summon blocks of ice, which fall on you, dealing damage.

Once you defeat the Iceologer, you can mine these Ice Chunks, as long as you have a Silk Touch Pickaxe. 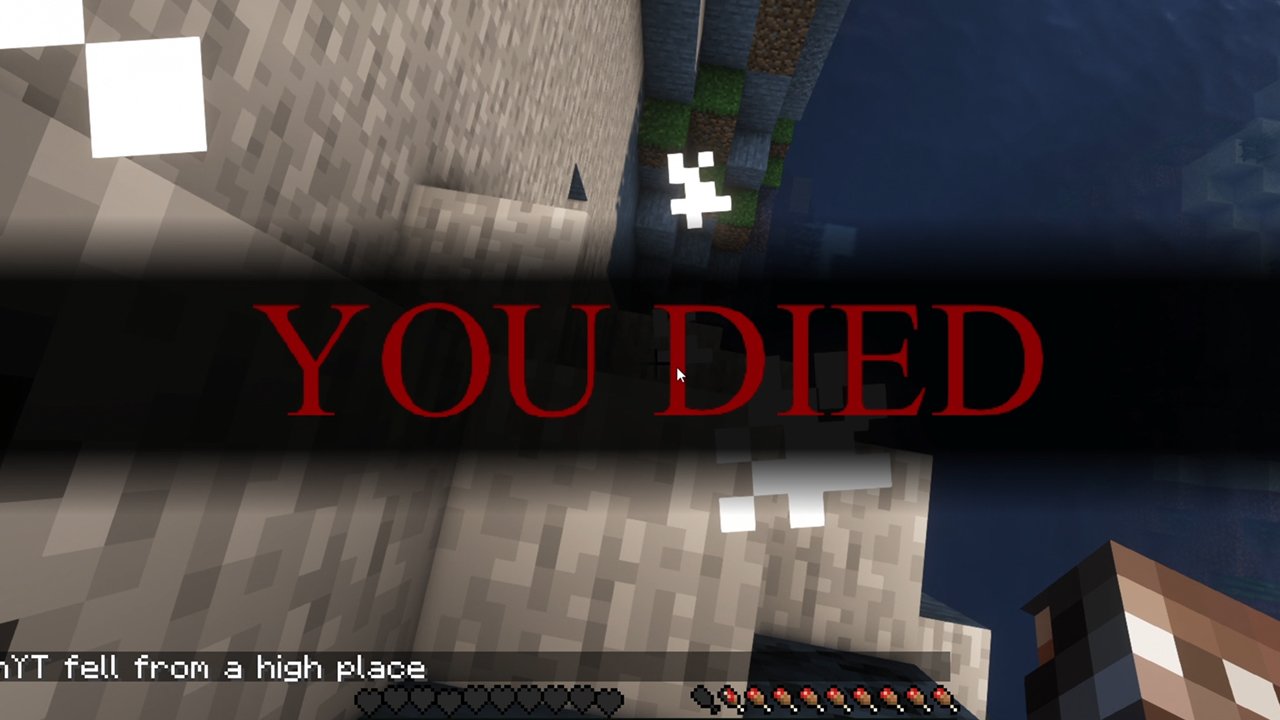 You might also like the You Died mod. After dying, a new screen will appear, which is inspired by the Dark Souls game. It’s got some smooth transitions, and looks good in general. 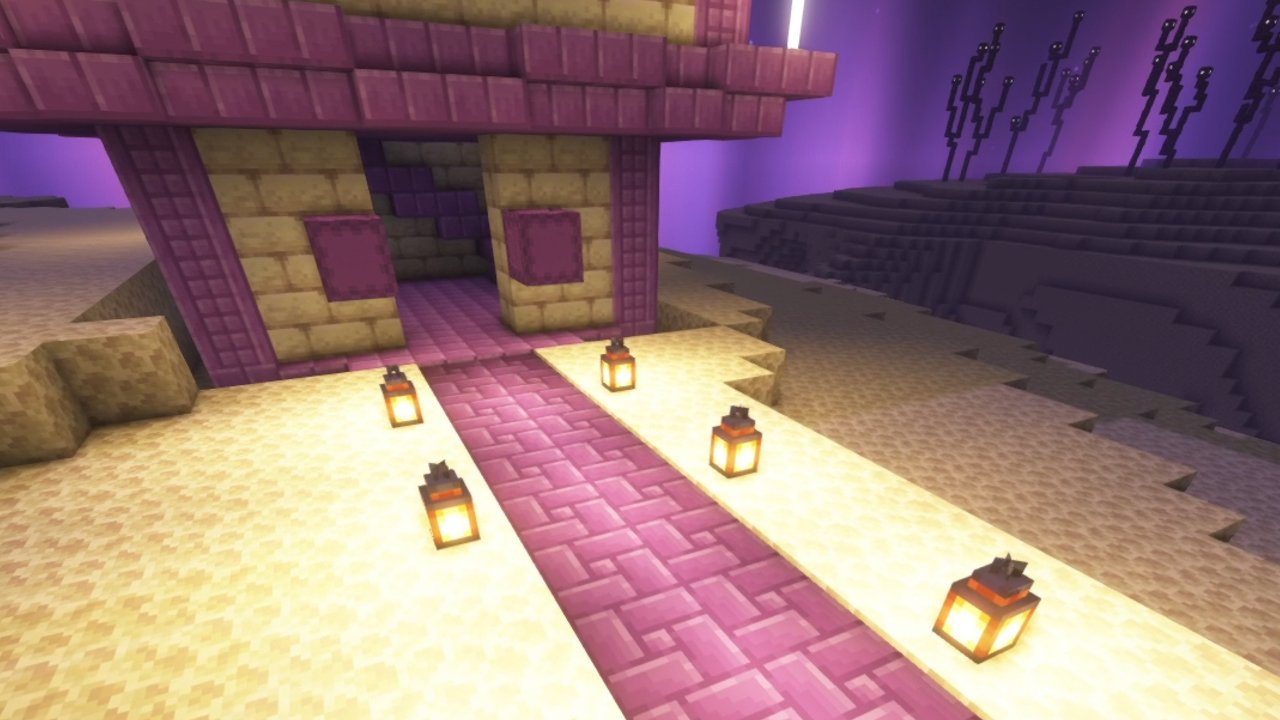 Cobbled Paths adds lots of new Setts, which can be used to create new Paths. They’re not just decorative either, as you’ll run faster on Paths provided by this mod, making them worthwhile.

There’s quite a few designs too, so that you can make Paths that match different Biomes, like Ice, Nether Bricks, Stone and Purpur Blocks. Some extra decoration options are available too, such as cracking Paths with a Sledgehammer, and adding Moss to Cobblestone Paths. 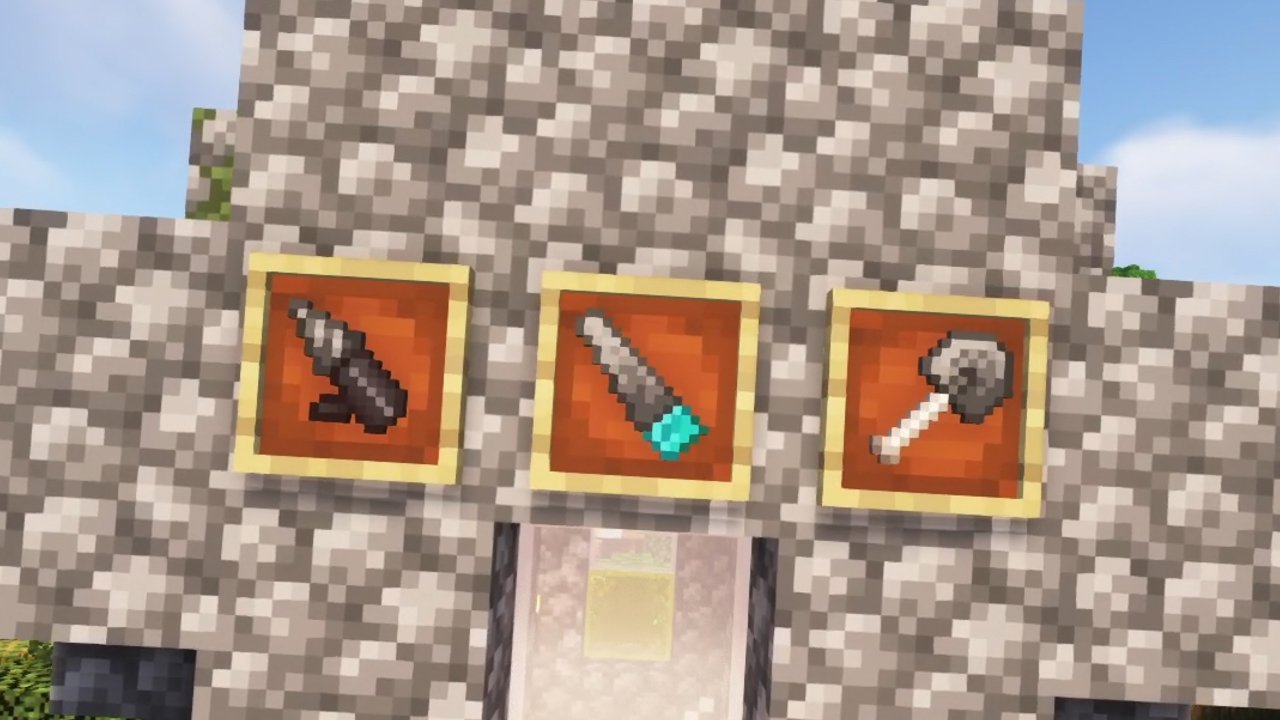 Unusual Drill adds some new Tools, which are the Drill, Spade and Saw, with there being multiple tiers to each of them. You can use them to destroy multiple blocks at once, like the Drill being able to cut through Stone easily.

Or the Saw which is good for collecting Wood, especially in Jungles. Whereas Spades can collect Dirt quickly too. 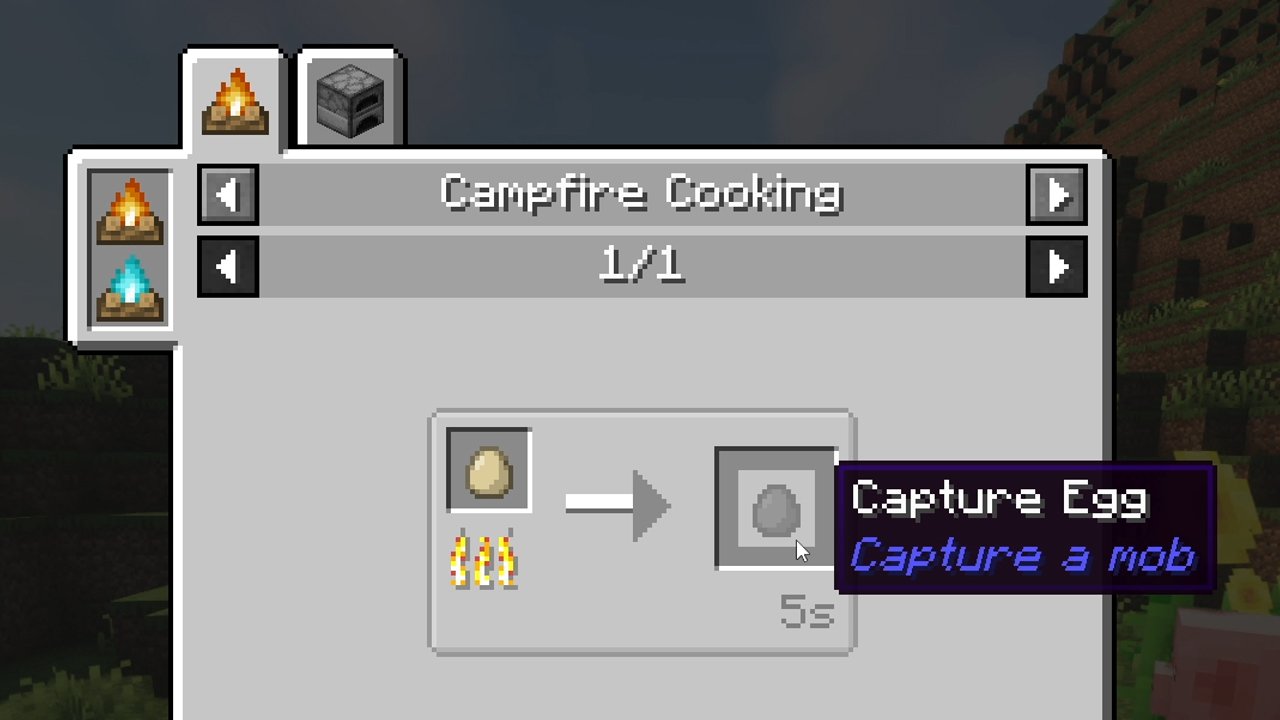 You can use this mod to turn animals into Spawn Eggs. Start by cooking Eggs, either in a Campfire or Furnace to turn them into Capture Eggs.

Then, weaken a mob by hitting it. When you throw a Capture Egg at them, they can be turned into Spawn Eggs, making them easy to transport. 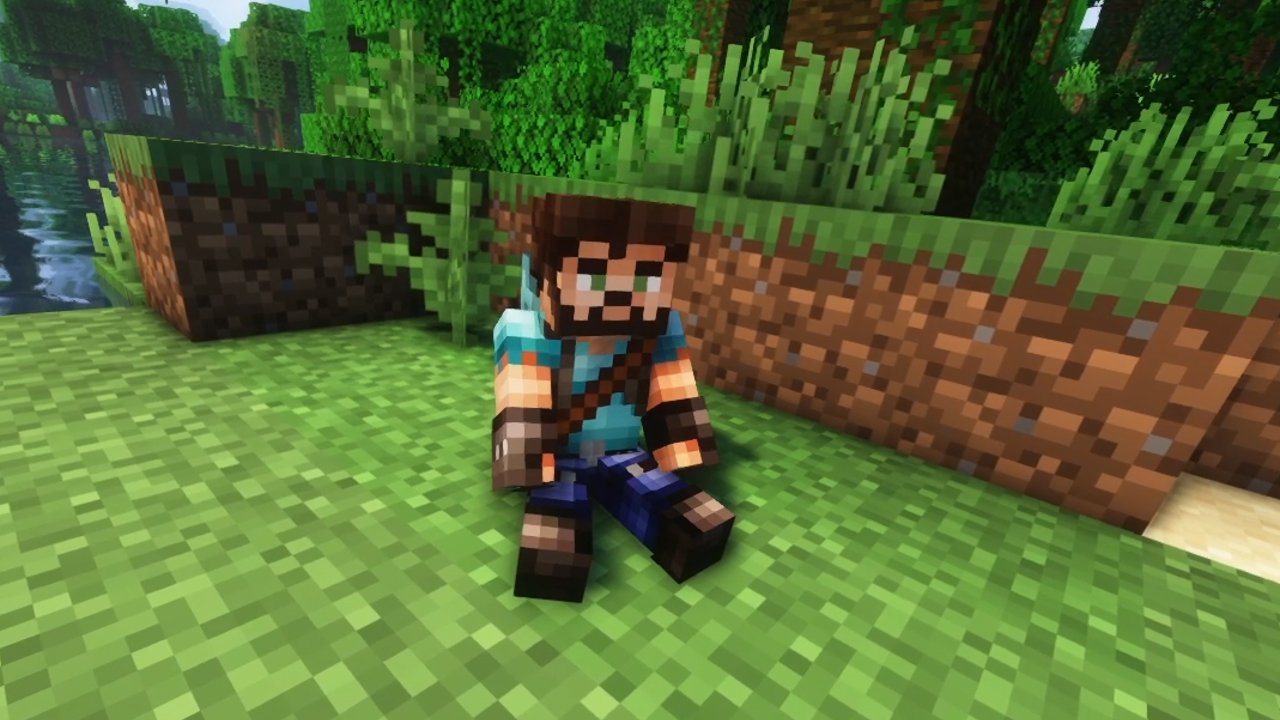 Mini Me Pets allows you to apply name tags to your Wolves or Cats, turning them into player models instead.

That way, you can have miniature players following you throughout your world, and they can still be told to sit down. It’s purely client sided too, so you can use it on servers. 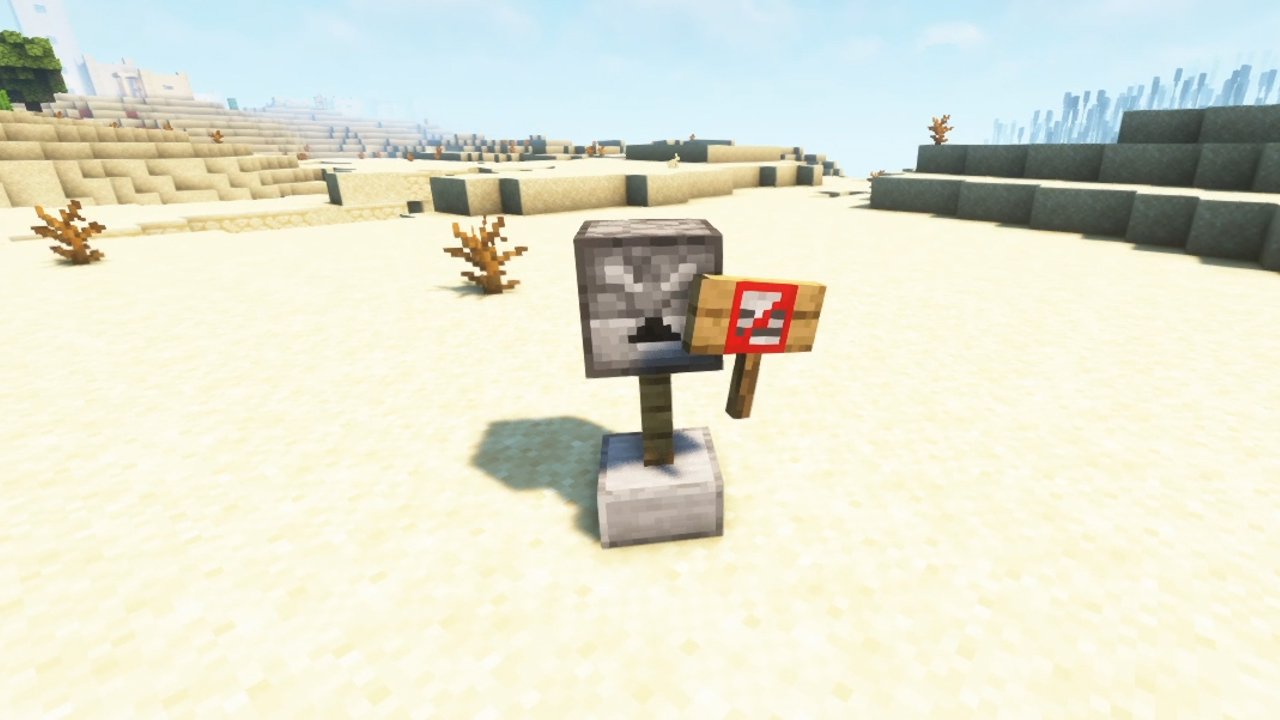 Tower Defense Units adds some new blocks which can be used to defend bases. There’s multiple Turrets, which can fire Arrows, Explosives or summon creatures to fight for you, and there’s 5 different towers in total.

By using a Diamond Block on a turret, you can activate their Ultimate Power, which does effects like shooting out a huge arrow and creating force fields.

Although my favorite is the Ultimate Power on a regular Turret, which fires two thousand arrows into the sky, causing them to rain down on anything nearby. 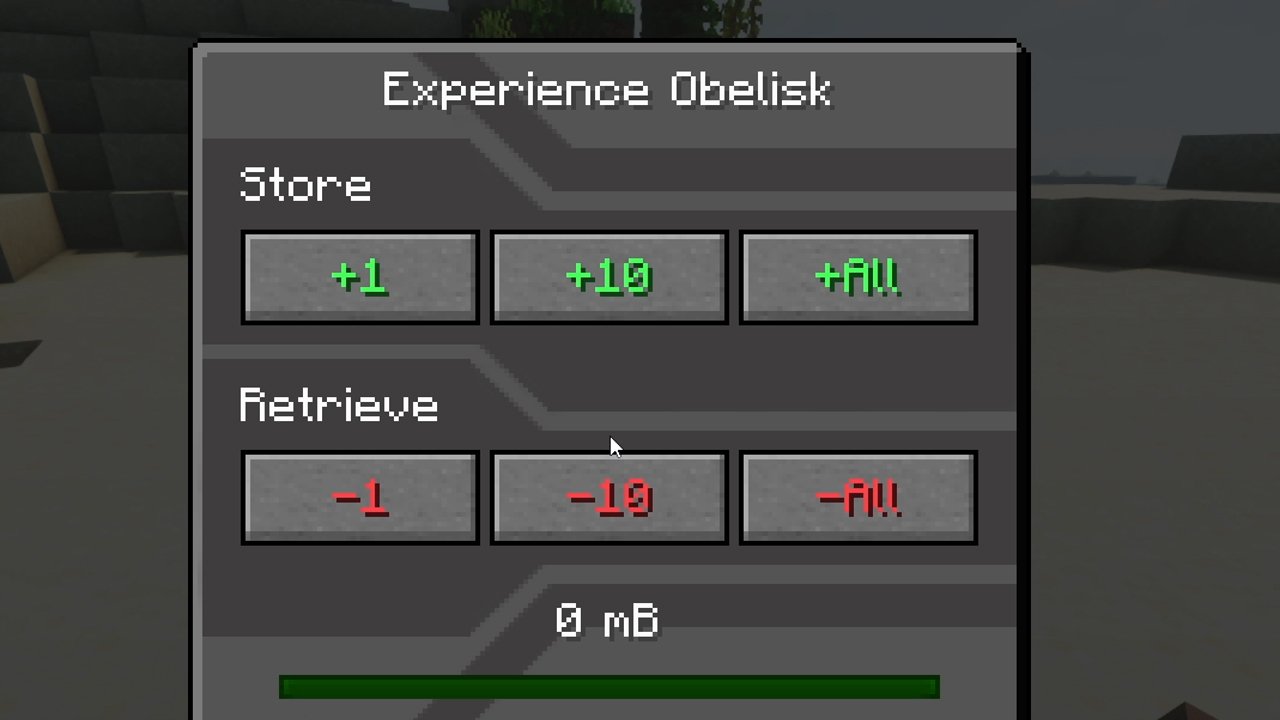 An Experience Obelisk can be crafted from 6 Iron Ingots, a Bottle of Enchanting, an Emerald and an End Crystal. By right clicking it, you can easily store and retrieve experience in the form of levels.

Obelisks can also collect nearby XP Orbs, making them great for placing down near mob farms. Experience is stored as a fluid, so it’s compatible with other mods, like Refined Pipes and Mekanism.