Minecraft 1.18 introduced some new terrain changes, thanks to the Caves and Cliffs Update. And alongside it came many new Resource and Texture Packs, which change many elements of the game. This list is going to cover some of the Best Texture Packs released for Minecraft 1.18.1, which is the latest version. 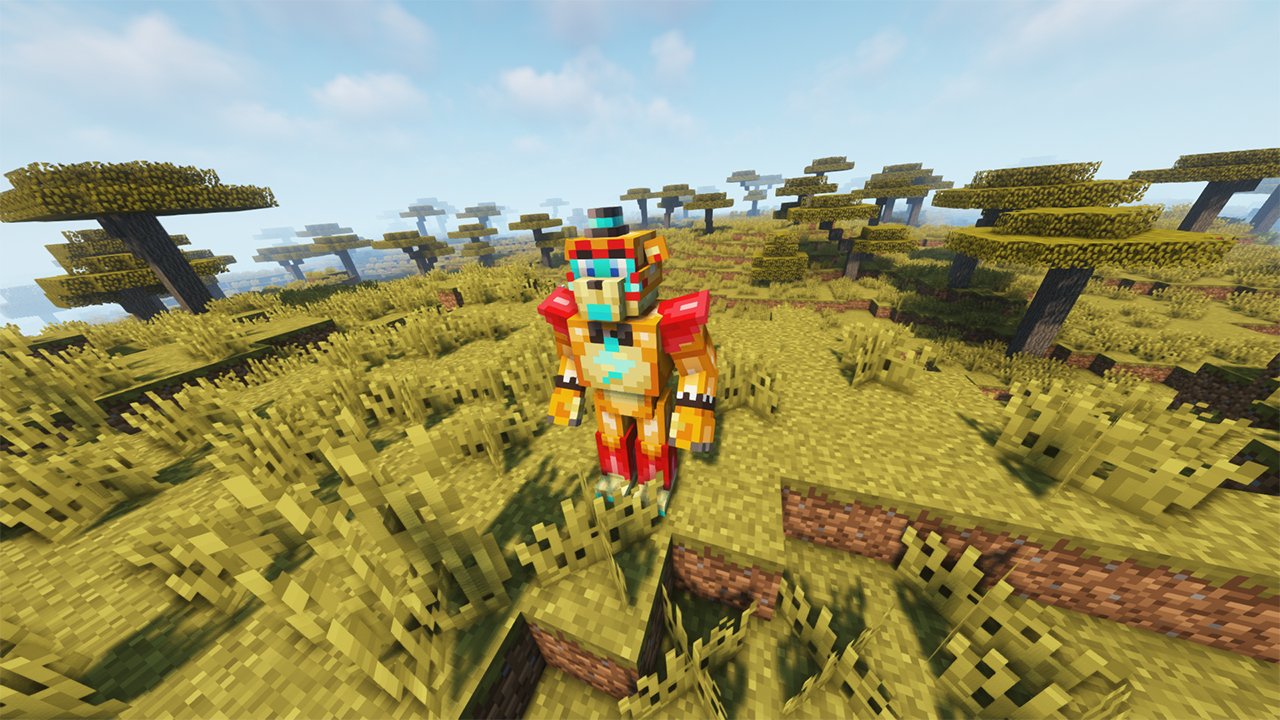 Glamrock Freddy Fazebear and Friends will replace the textures of a few mobs, so that they look like some of the animatronics from the Five Nights at Freddy’s Security Breach game. Firstly, Spiders will look like Sun and Moon, depending on whether it’s day or night. By default, the Enderman will look like Roxanne Wolf, but it can also be renamed to Freddy.

When you summon or find an Iron Golem, they’ll look like Freddy anyway, and will help defend you from the other animatronics. But the Iron Golem can also be renamed, so that it will look like Chica, Roxy or Monty instead. Overall, it’s a great looking pack, and the models and textures have been given so much detail. 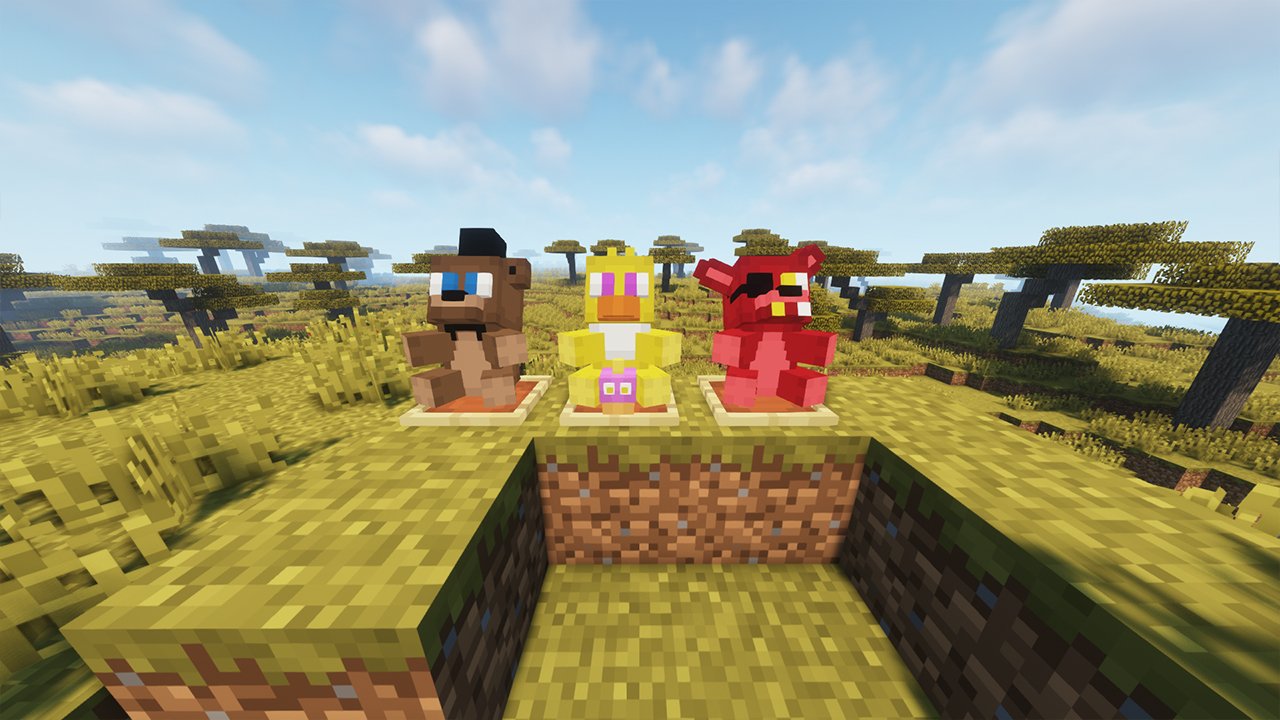 You can also try out the Five Nights at Freddy’s Plushies Pack. You can rename Carved Pumpkins in an Anvil, so that they can be turned into Freddy, Chica, Bonnie, Foxy and more. They can then be placed in an item frame to display them, or placed on your head so that they rest on top of you, like a hat. 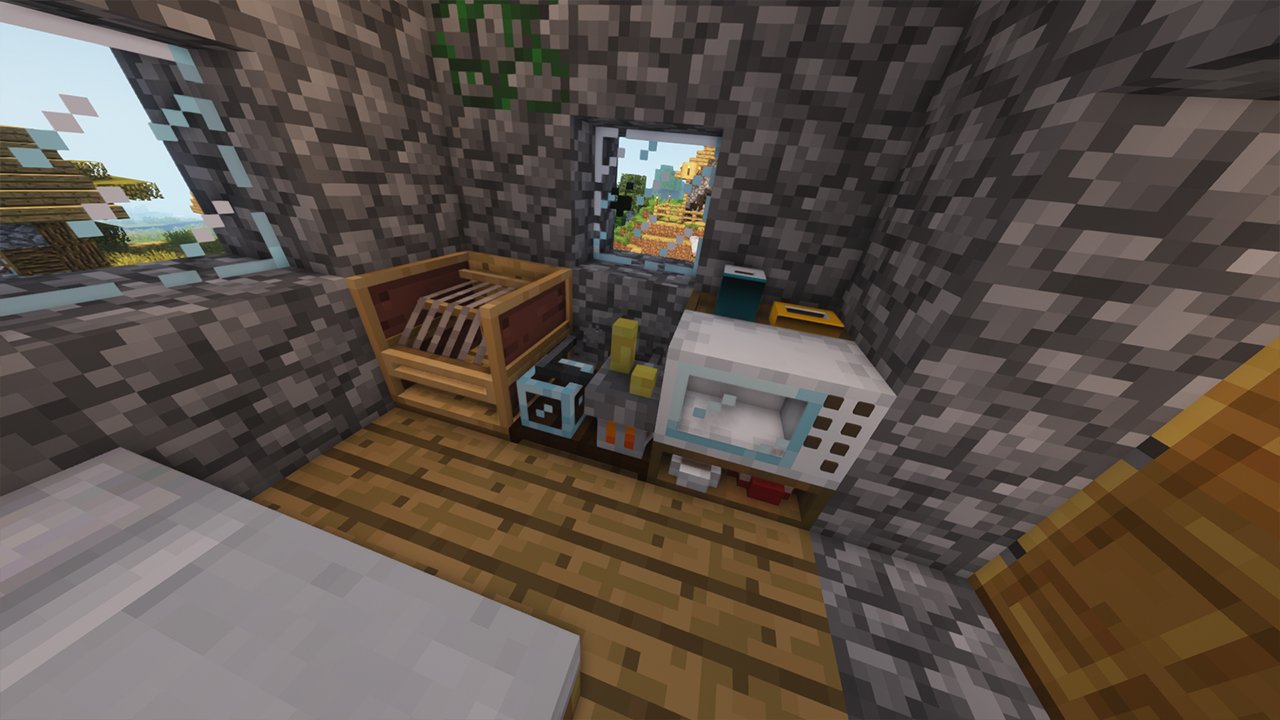 Recreated Containers will change the appearance of all your containers in Minecraft. Blocks like the Crafting Table, Furnace, Jukebox, Cauldron and Stonecutter have all been given overhauls. They all have a lot more detail, with small extrusions and 3D effects.

Some blocks are given small additions too which really add more depth, like the Cartography table which features a small Globe, or the Stonecutter which is a lot bigger in general. A few other Minecraft blocks have been changed too. 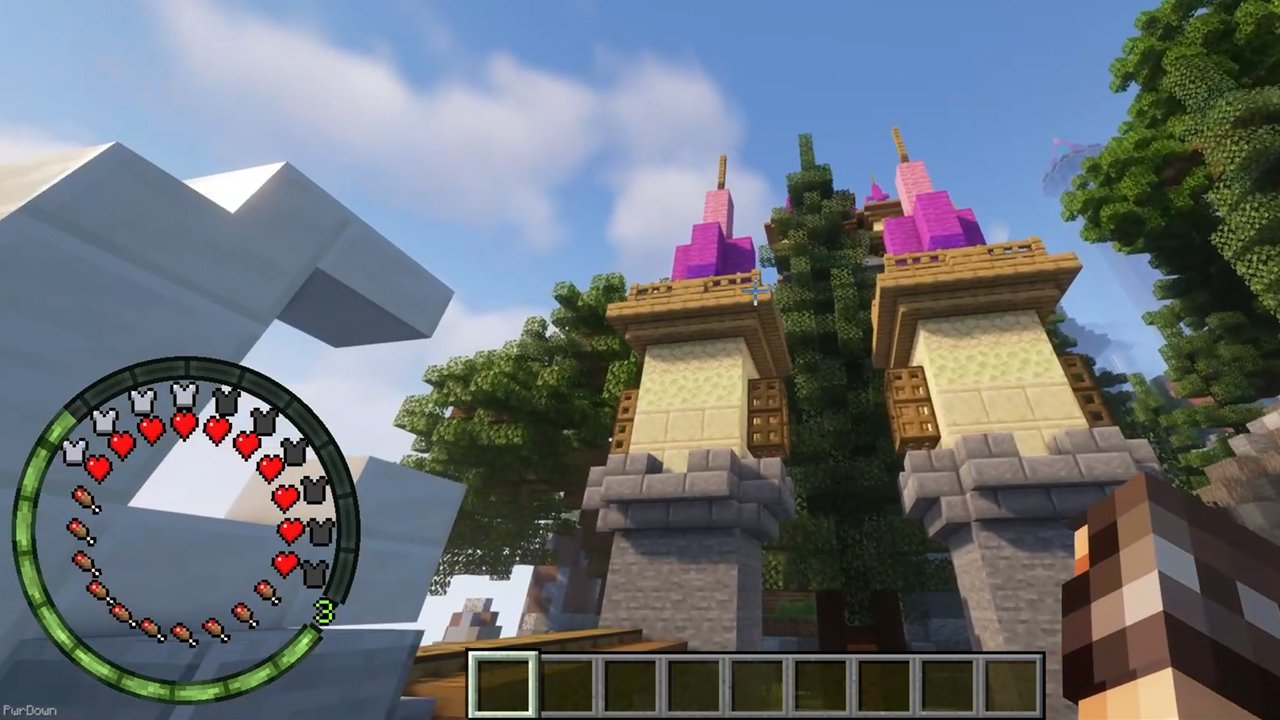 Circular Hotbar will change the locations of some HUD elements, like the Health, Experience, Hunger and Armor Bars. Instead of appearing above your Hotbar, they’ll now appear to the side of the screen, and will be a circular shape. 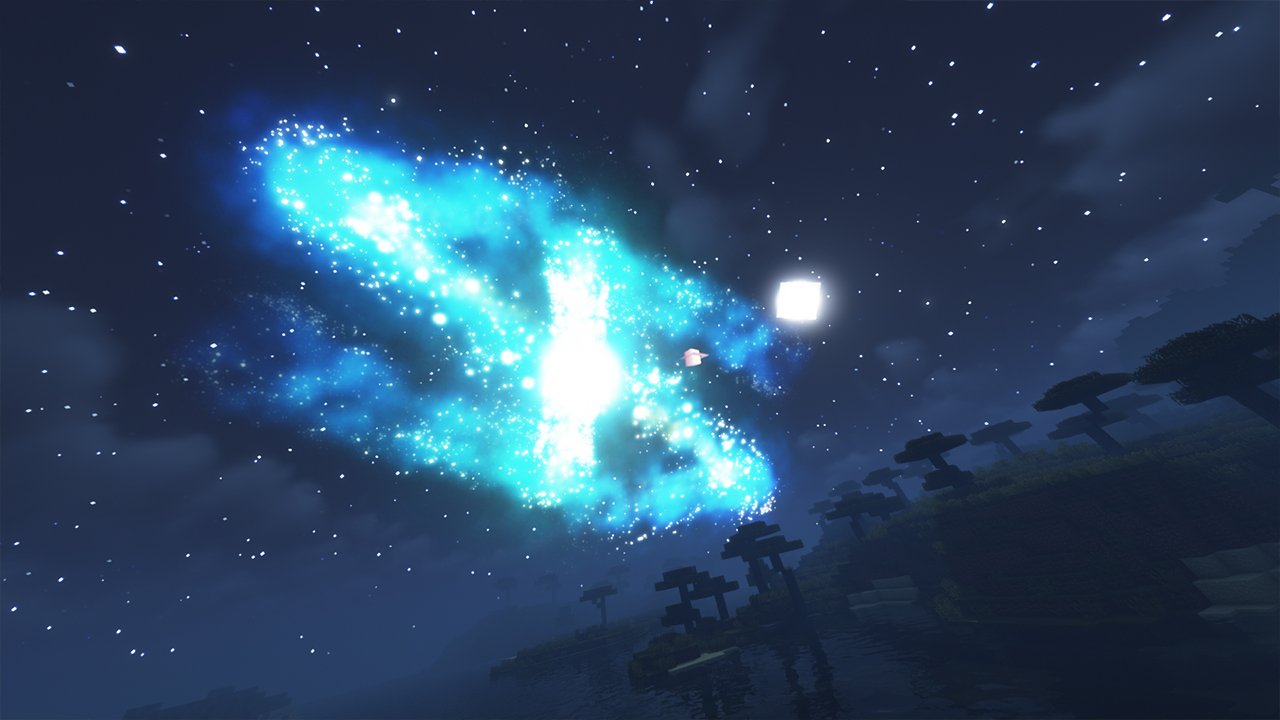 Sky Pack is another texture pack that changes the sky, but this one has more to offer. Through the night, you can see events like shooting stars flying through the night, and even End Rifts opening in the sky.

You’ll also see planets moving in orbit, as well as distant galaxies, so it’s quite impressive overall. As the sun starts to set, you might see an Aurora Borealis too. 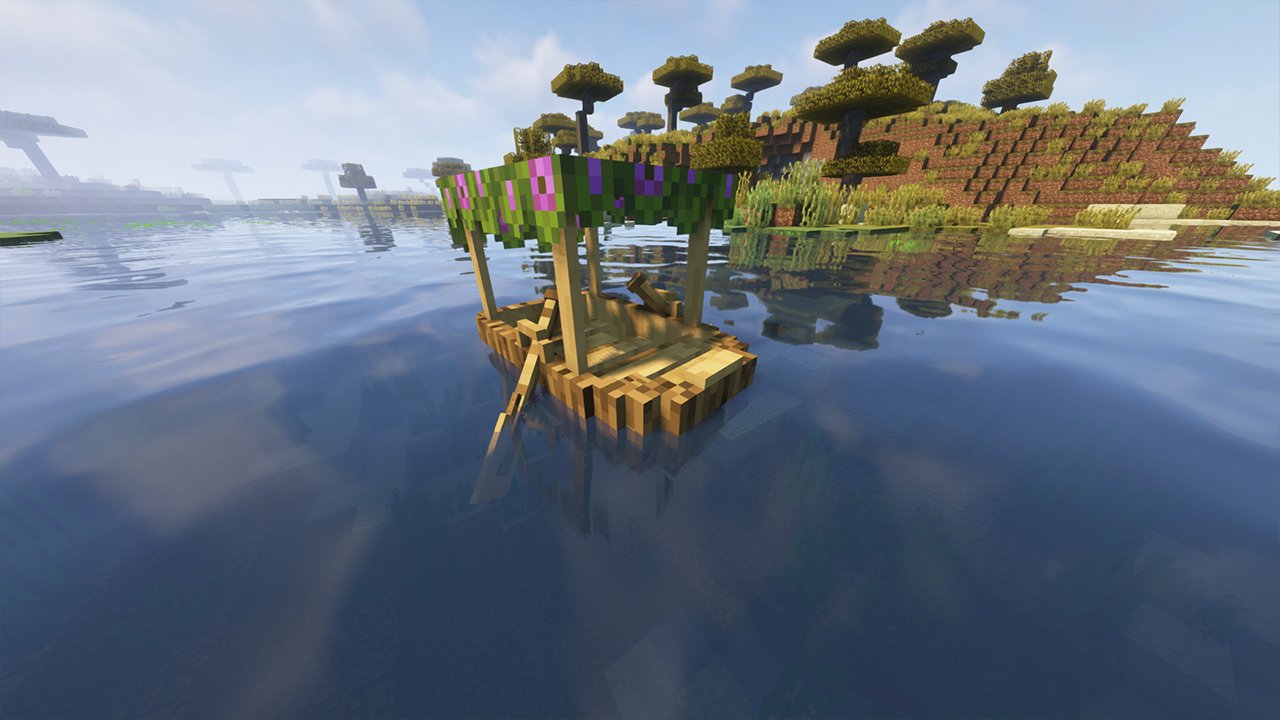 A new version of Azalea Boats has been released, a pack I mentioned a few months ago. With it enabled, Boats will have a roof made from Leaves and Flowers. The shape of the Boat has been changed too now, so that the front is more rounded, adding more detail in the process. 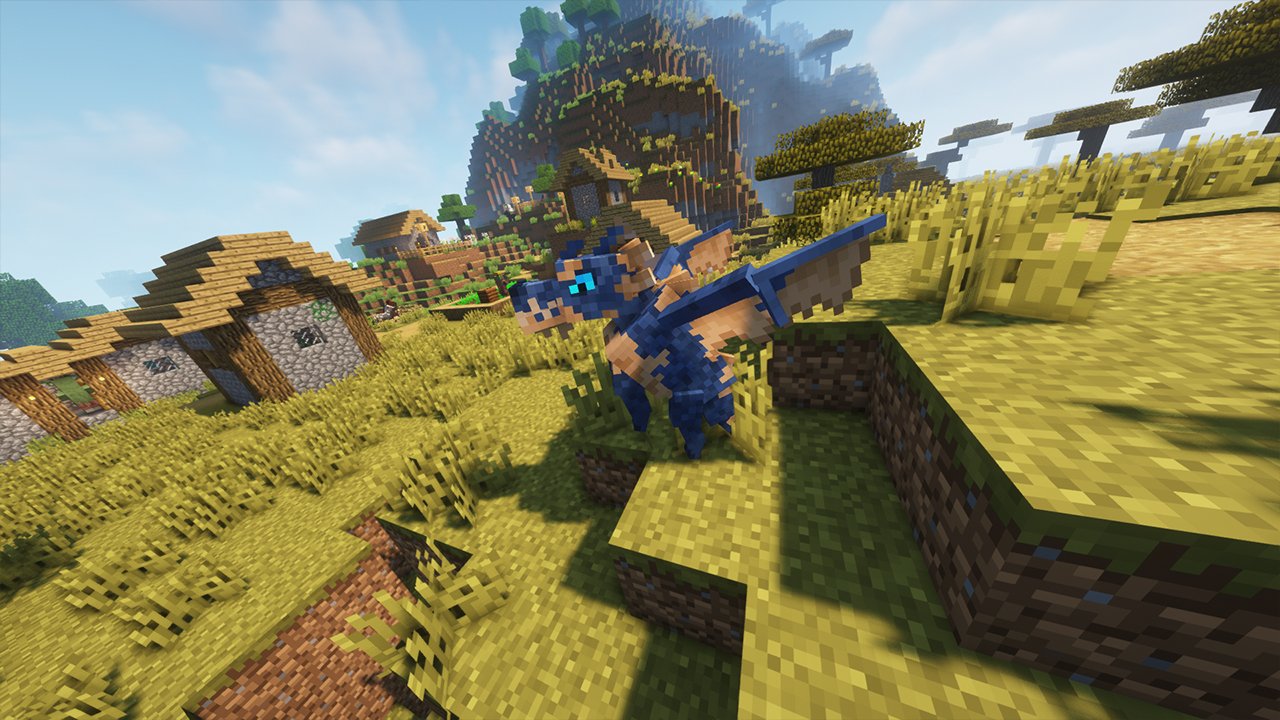 With this pack installed, any Wolf in your world will become a Dragon instead, which might be good for some fantasy themed worlds. They look great, and will fly around just above the ground with some new sound effects.

They can be tamed like Wolves, so just feed them some Bones. But make sure to right click the ground, so that you get their hitbox. By using a Colored Dye on a Dragon, you can change the color of it too, which is a nice bonus feature. 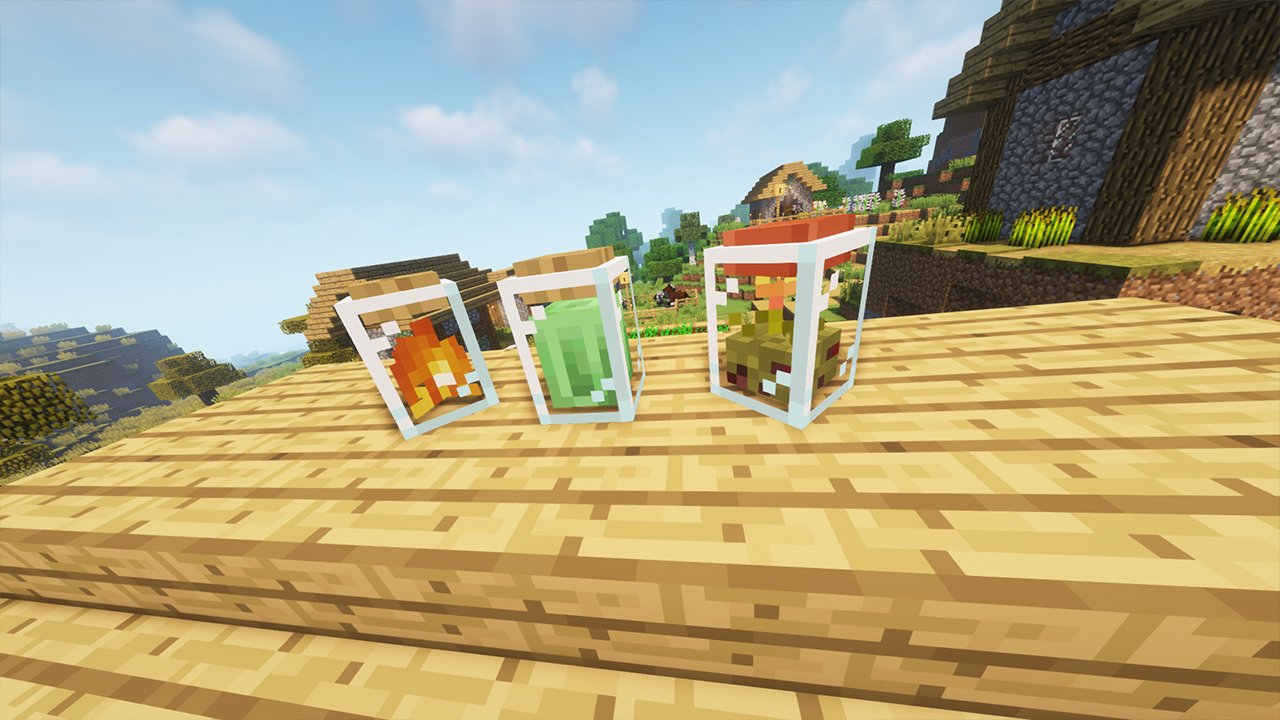 This pack adds in some of the Terrariums and Jars from Biomes O’ Plenty, with some new additions too. There’s around 30 different jars in total, and they can all be obtained by renaming Glass Bottles in an Anvil, and then placing them inside an Item Frame.

You can create Terrariums which contain Slime, Fire, Mushrooms, Lavender, Amethysts are more. These items would look great in an area where you might brew Potions. 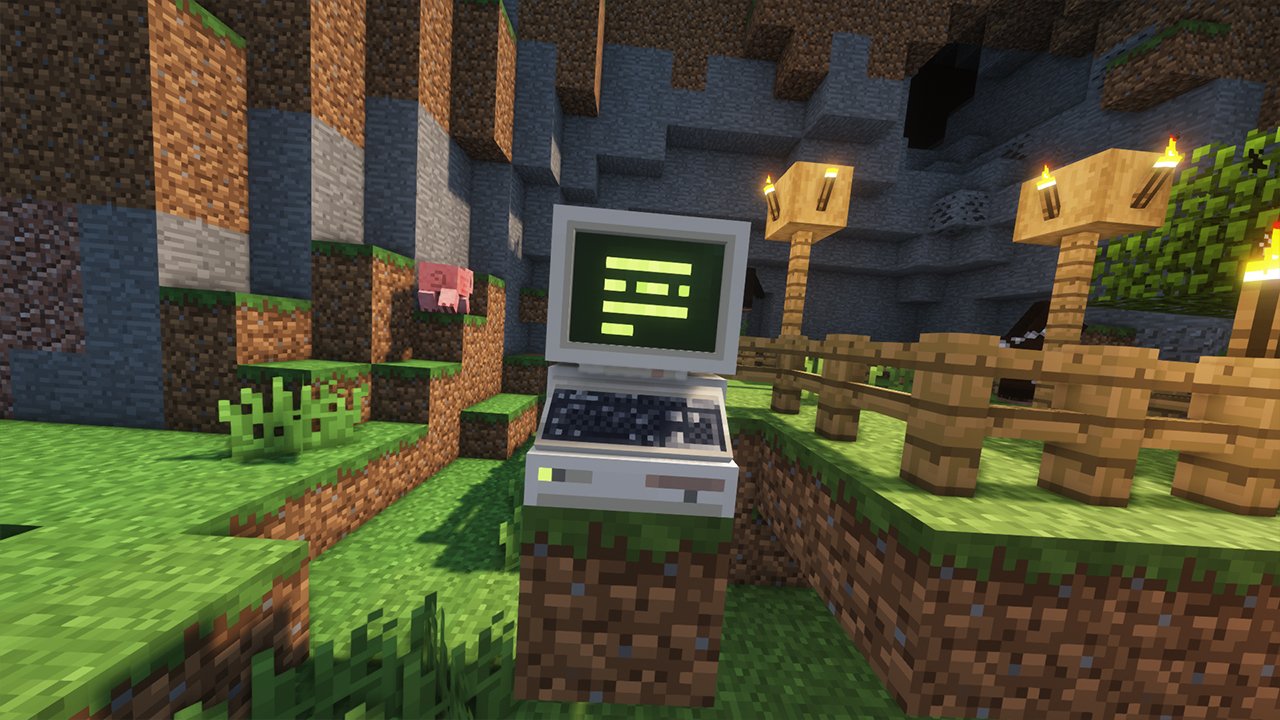 Functional Vintage Computers will replace the texture of the Lectern, so that it looks like an older Computer. The textures of the Book and Quill have been changed to a Floppy Disk, so that you can place them inside to read them, with the screen texture also changing when it’s inserted. End Portal Frames have been changed to Computers, and Eyes of Ender will look like CDs. 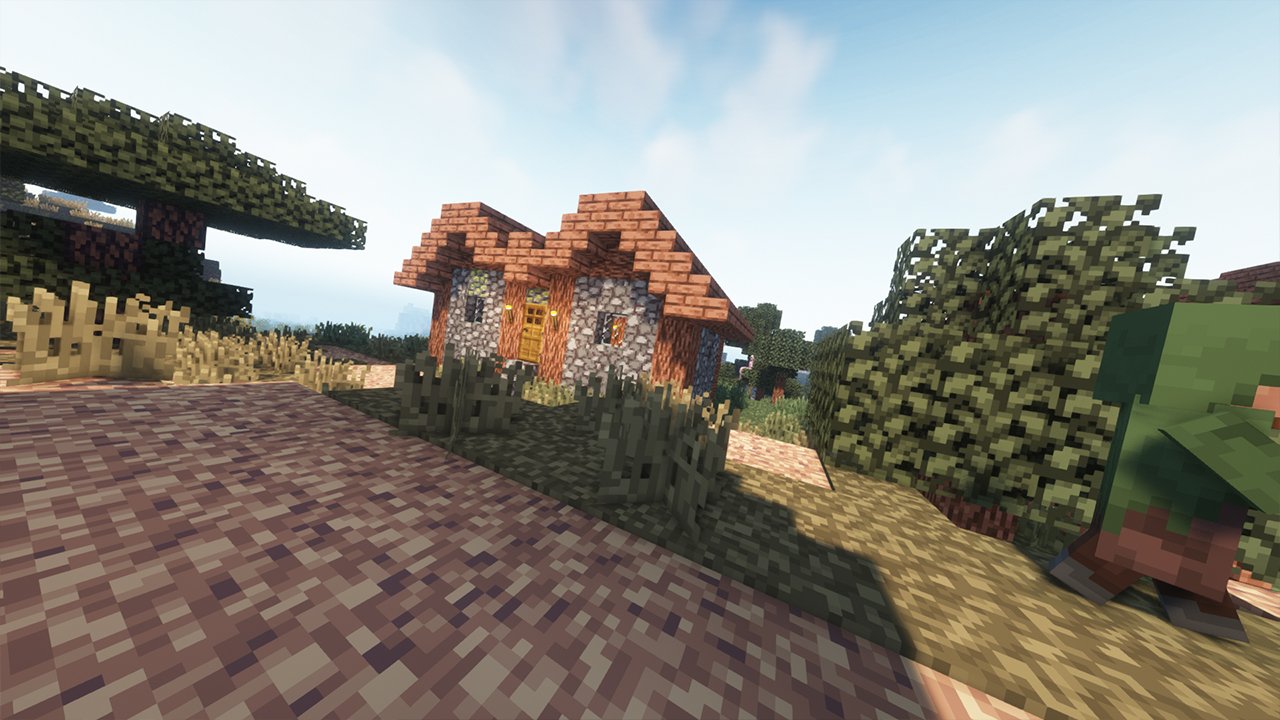 Crispy Cabin is a work in progress pack, and will eventually replace most textures in Minecraft. It currently focuses on the Overworld, and gives the feeling of a dark, apocalyptic world, as a lot of the colors have had a lot of their saturation removed.

But there’s still a minimalist and cartoon-like style there too. Currently, it’s only marked as 5 percent complete, but it’s definitely worth keeping an eye on. 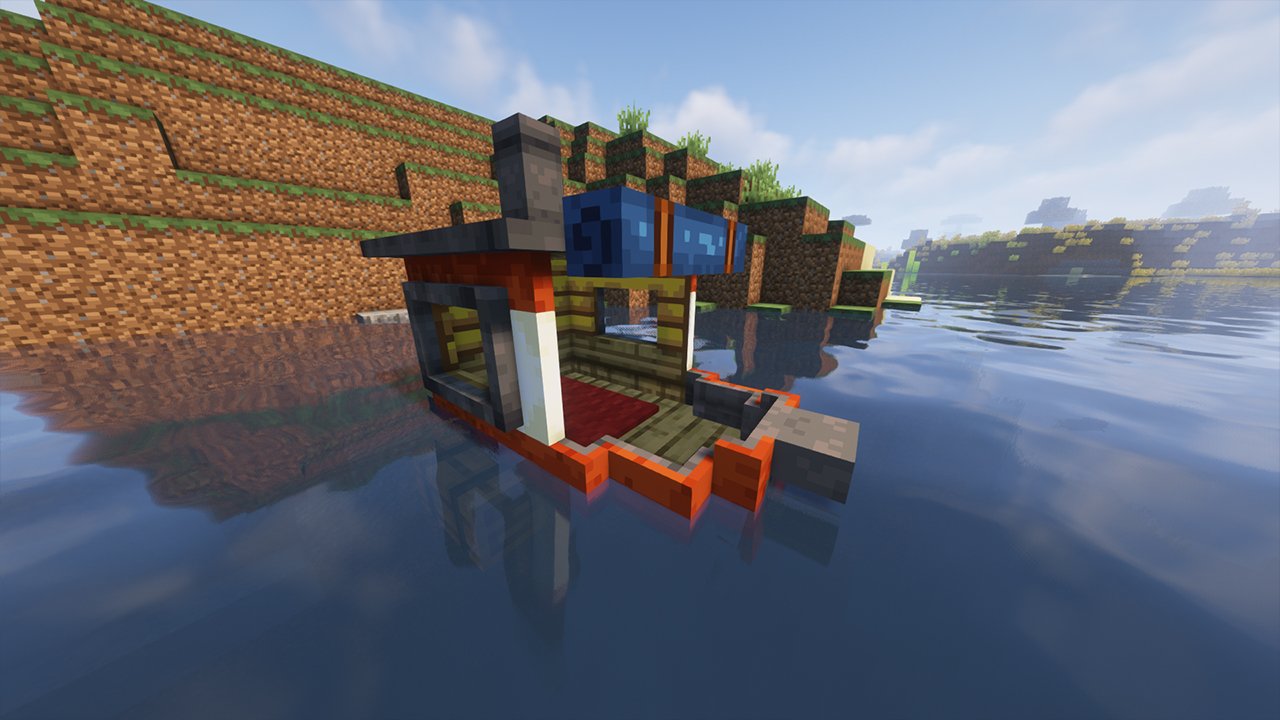 Another cool pack that changes Boats is LoremIpsum’s Boats. They look like Steamboats, and even have small interiors to keep you covered in the rain, for extra cosyness. There’s a few different styles, with each wood type changing the color of the Boat. 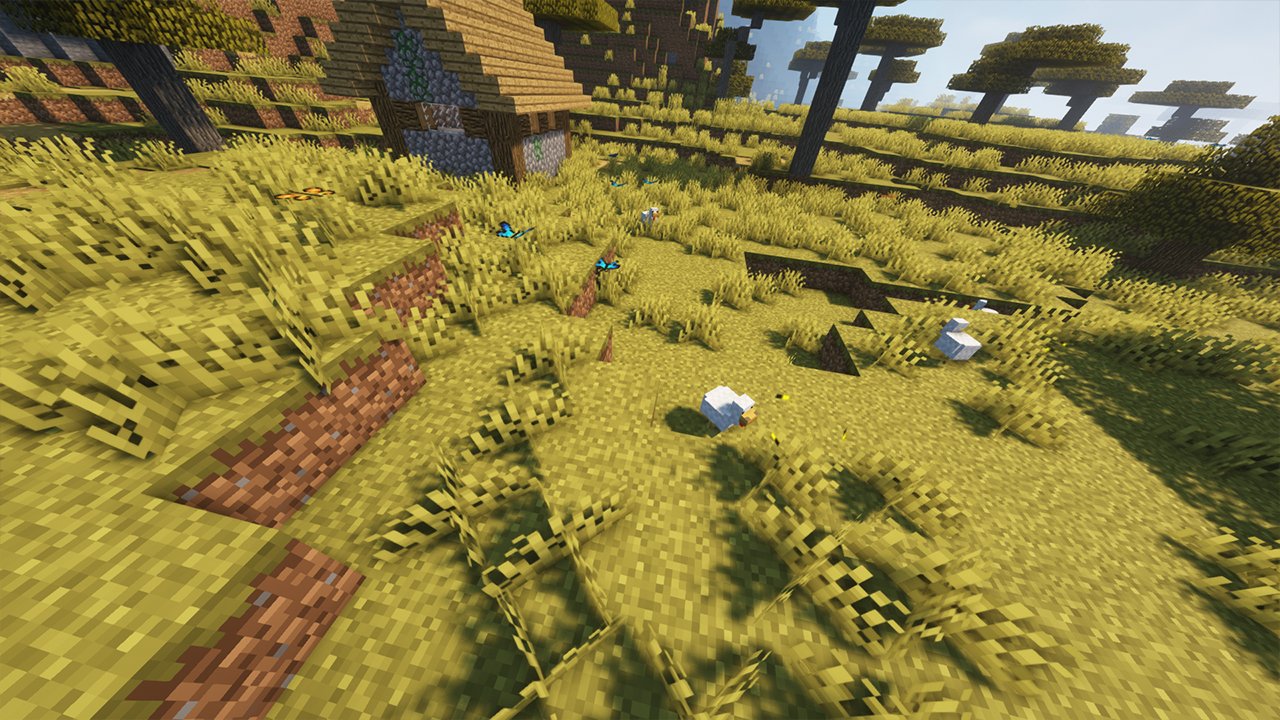 With Advanced Blocks, you’re going to get lots of changes, like Butterflies and Fireflies hovering above Grass Blocks. Whereas underwater, you can find the likes of Glass Bottles and Starfish resting on the ocean floor. When you start to place Bricks together, you’ll find more variation, with some Bricks being darker in color, and Fire should look a bit more realistic with a red tint to it.

If you go to colder biomes, then you’ll find that Pointed Dripstone has been turned into Icicles instead. In Deserts, your Stone Bricks will have bits of sand covering them too. That’s not all the changes included with this pack, as there’s a lot more to really enhance the Vanilla feeling. 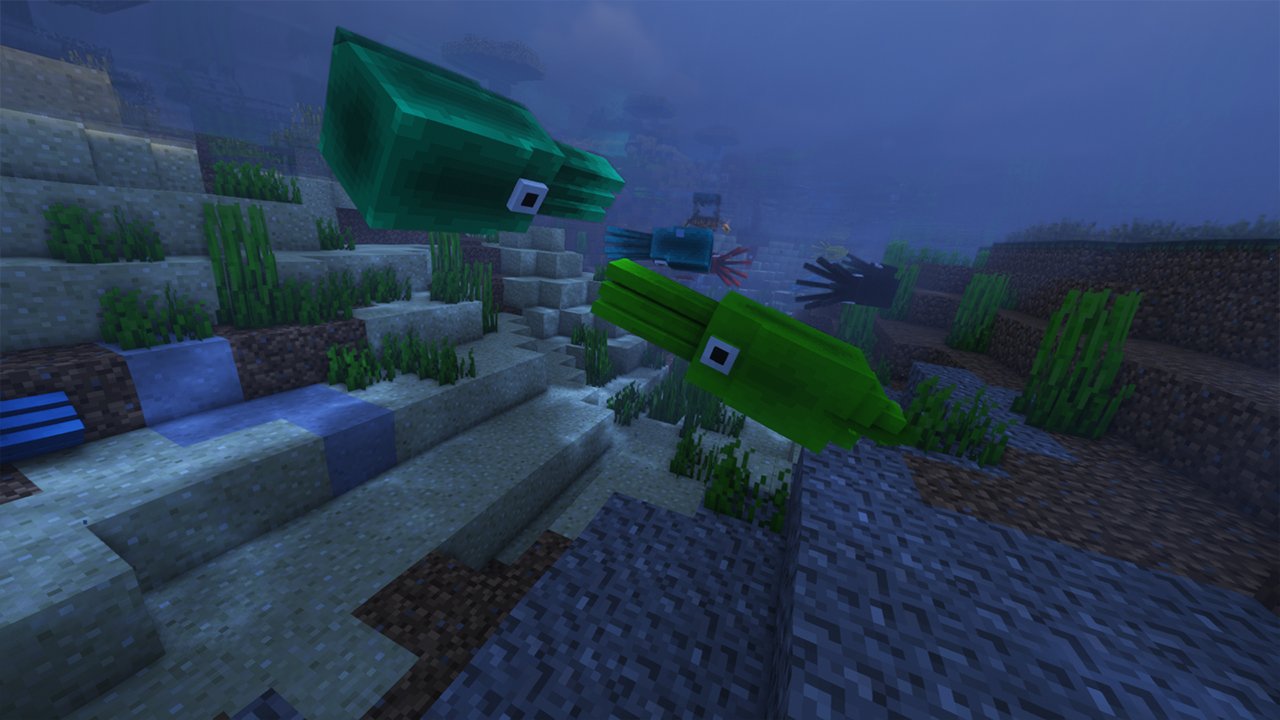 You can use the Remodeled Squids pack to make some changes to Squids, making them look more like their real-life counterparts. The pack changes both regular Squids and Glow Squids, and you can find 24 different variants to the regular Squid alone. 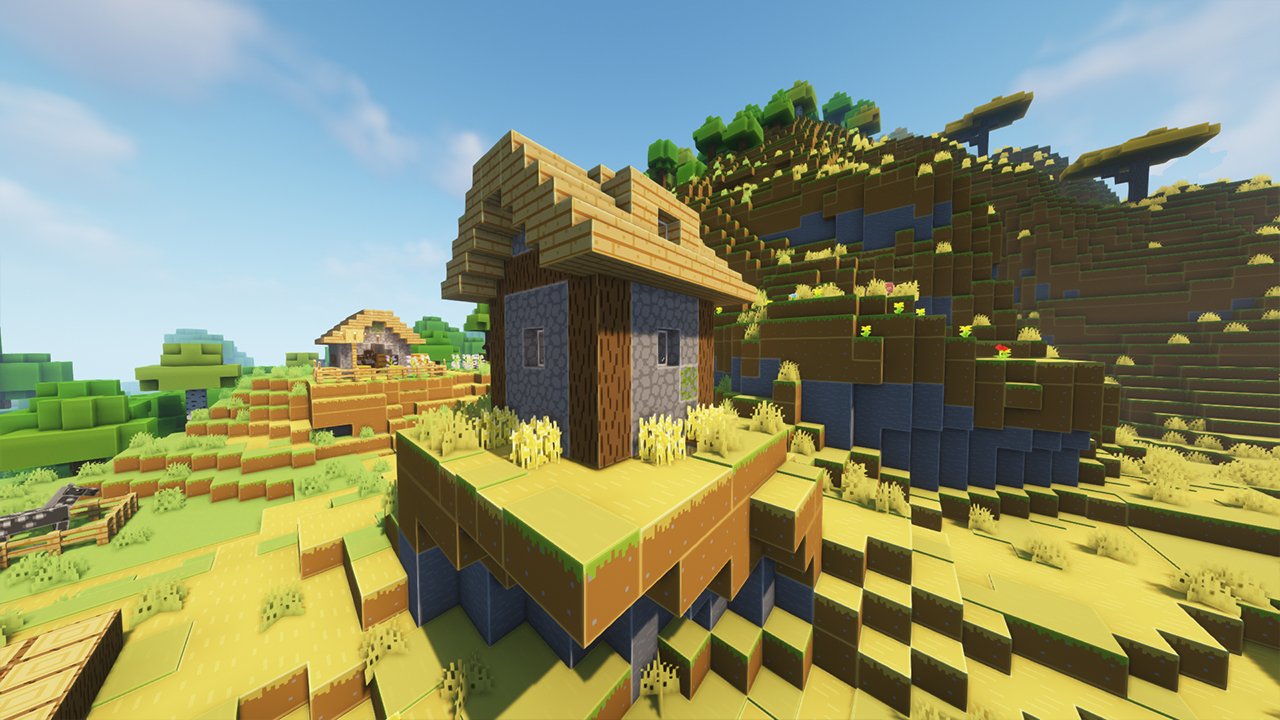 I really like the look of the Beveled Bones texture pack. It’s designed to look like the promotional art that you usually see in the launcher, with it being very soft looking and minimalist. The blocks in your world will typically look flat, with lighter outlines. But either way, it looks great, and the pack has had every block and item changed already. 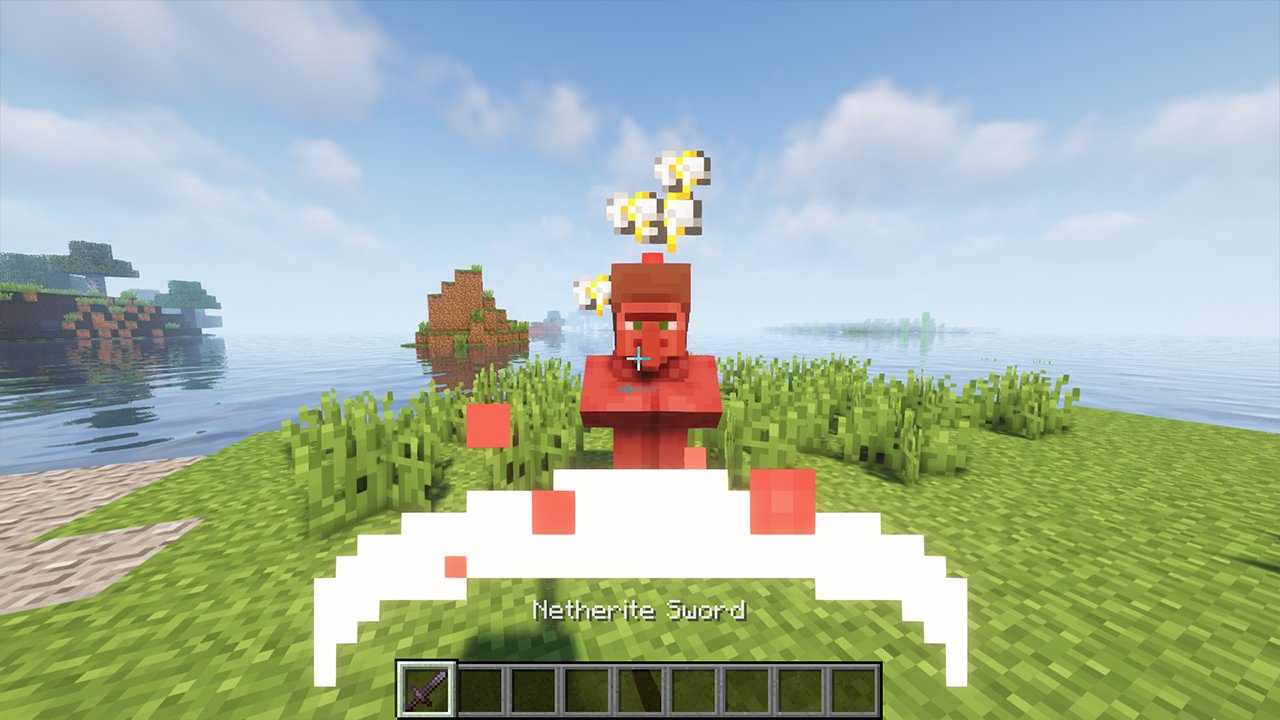 With this pack, the damage particles have been made red in color, so that they look like blood particles instead. Surprisingly, I think it works quite well, and is much easier than installing a mod to achieve the same result. 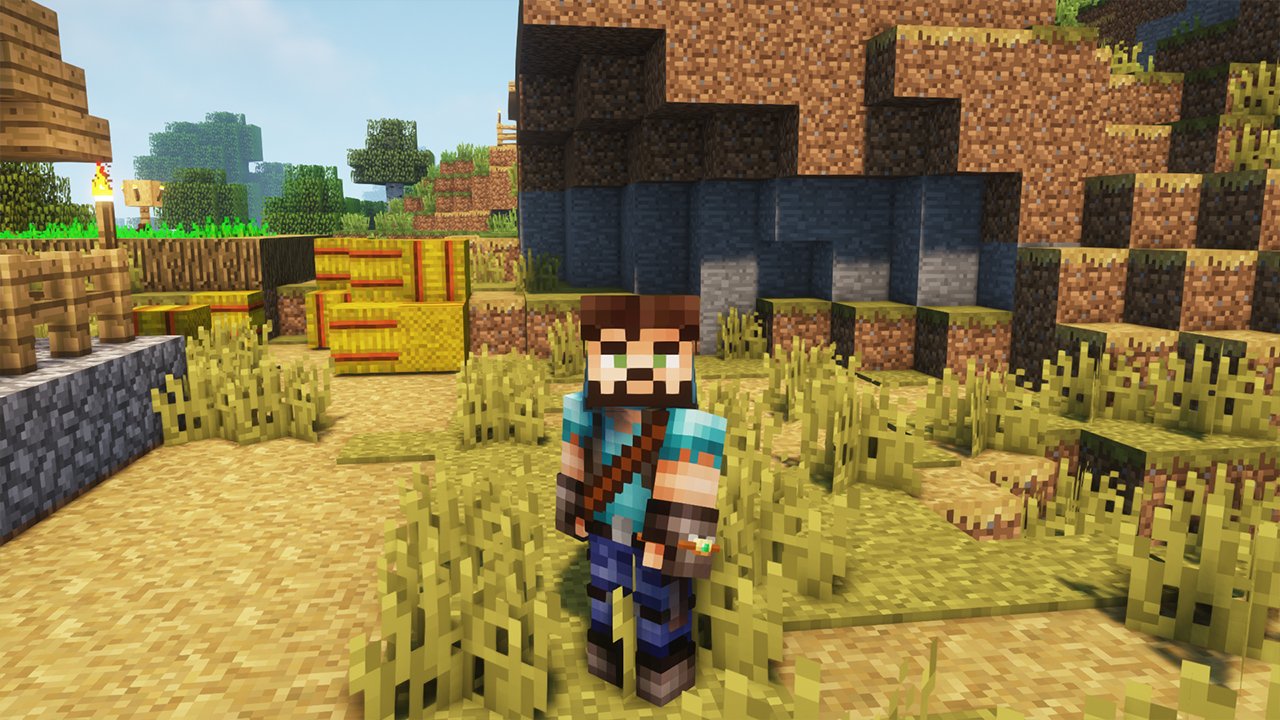 With the Bracelet of Undying, your Totem of Undying will become a Bracelet instead, and it will be visible on your wrist when equipped into your off-hand slot. It will also be invisible unlike the Totem in first-person view, giving some more space on the screen. 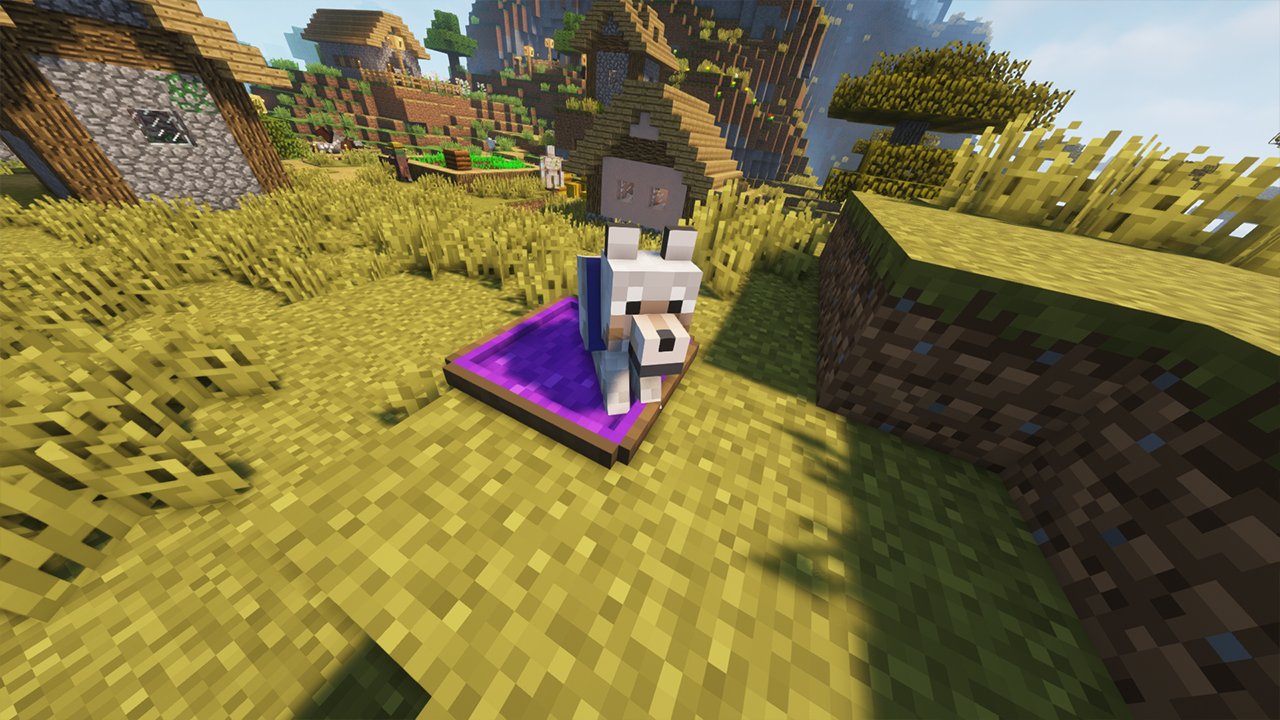 If you don’t use Carpets often, then try out this pack, which turns them into different colored Pet Beds instead. They make great decoration objects, and a good place to have your Cats and Dogs rest in your base. 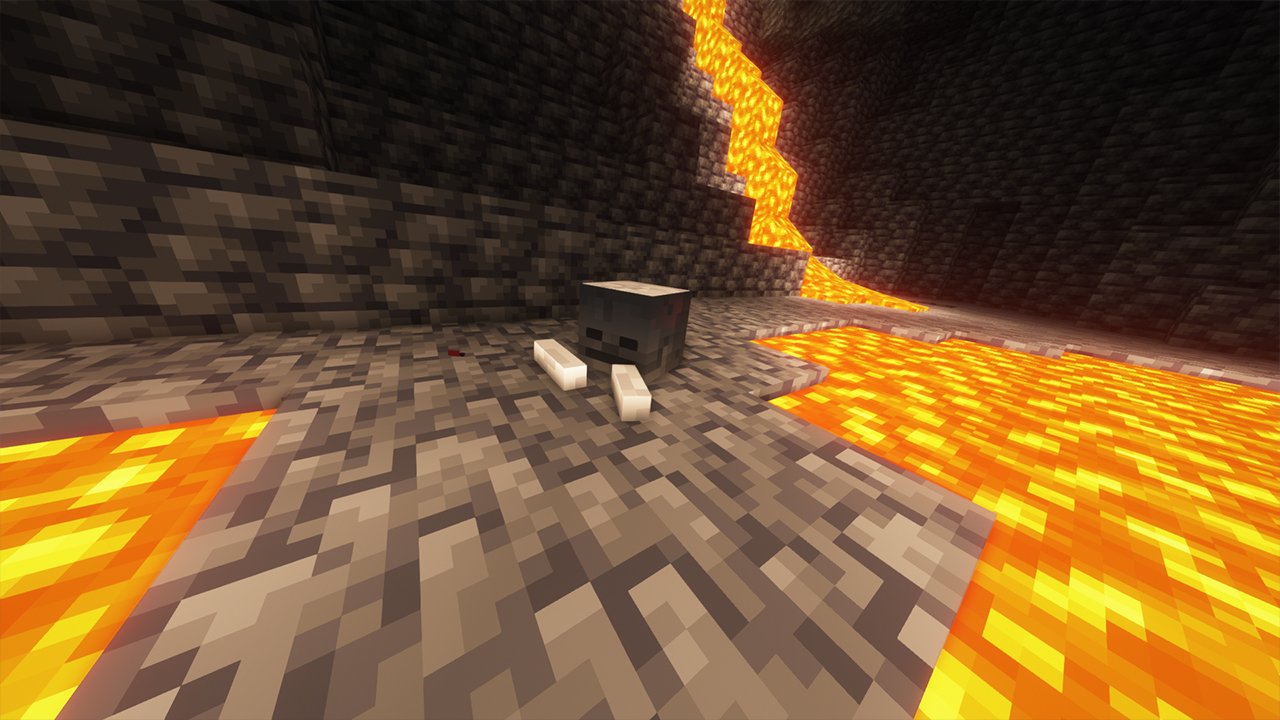 Skeletons on Stones adds a bit more immersion to your world. When coming across Stone, there’s a small chance for different Skeleton bones to spawn on them, which are just 1 block in size. So this effect is going to be mostly visible when exploring in Caves. 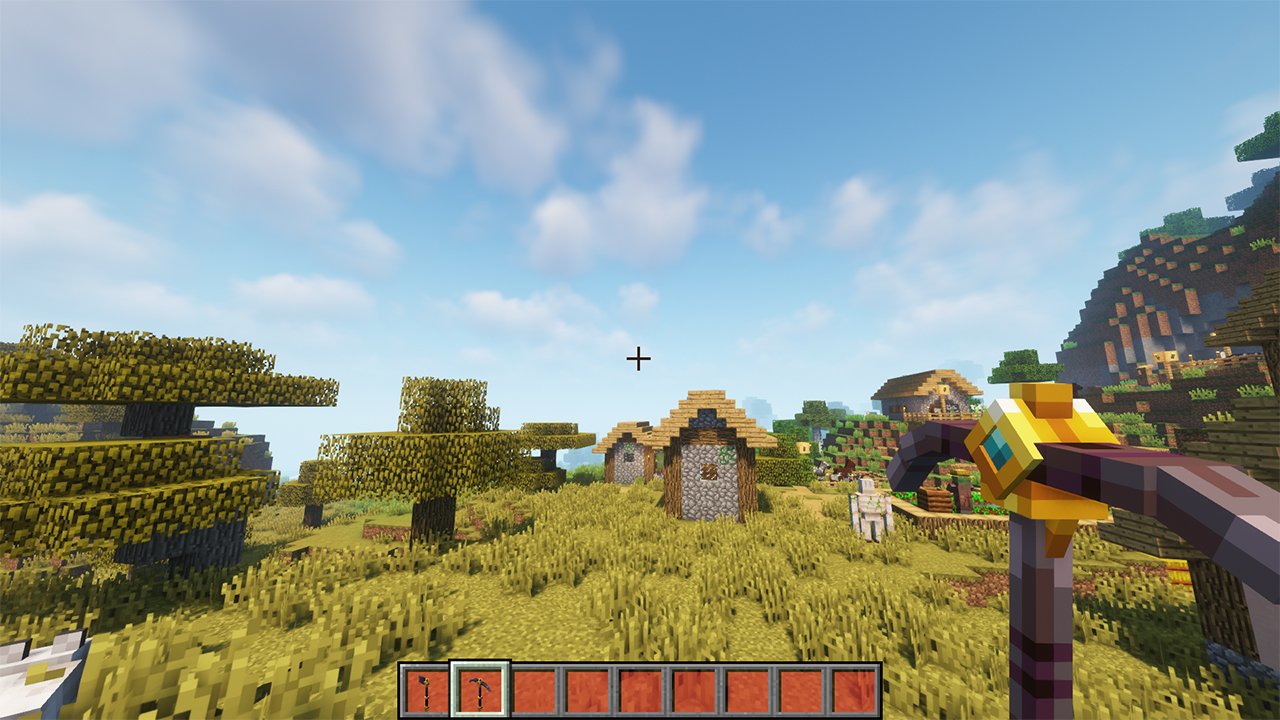 With Fancy Netherite Tools, you can expect to find an overhaul to the Netherite Sword, Axe, Shovel, Hoe and Pickaxe. They’ll have a lot more detail, with plenty of 3D effects and extrusions. There’s small amounts of Gold in places, with some visible gems too. 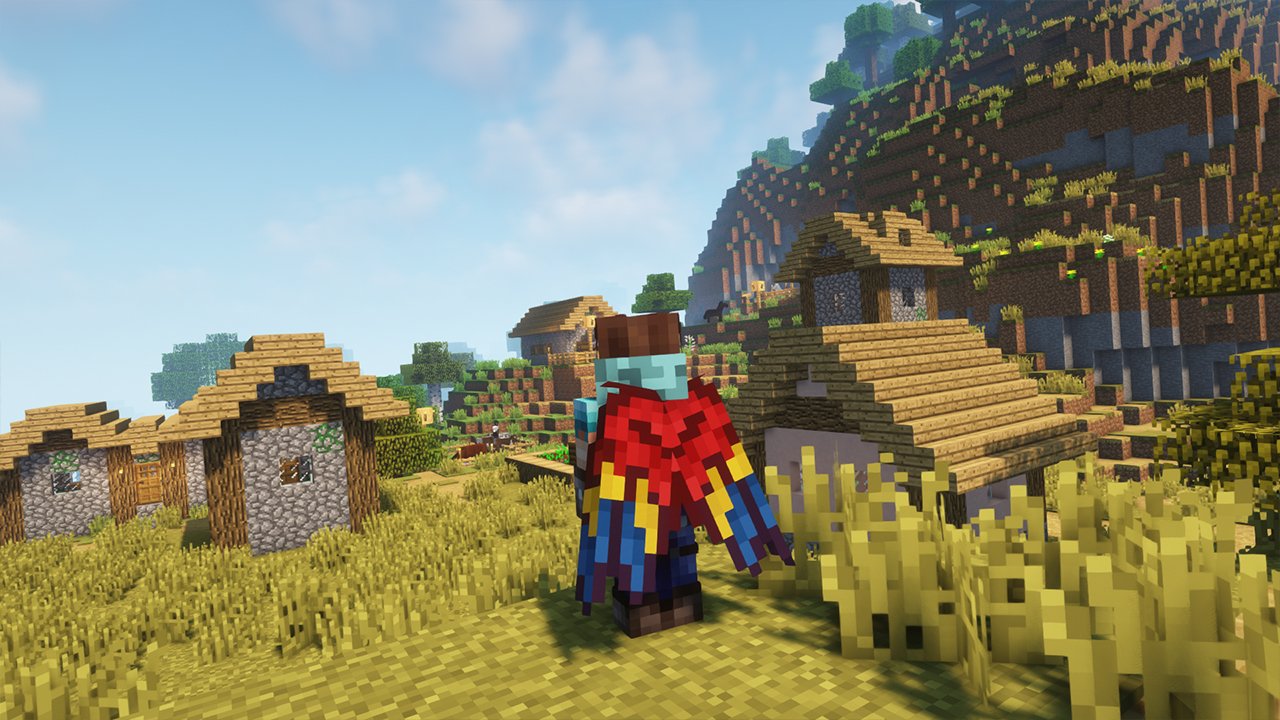 The Elytra Pack adds 6 new designs to the Elytra, which can all be achieved through renaming. They change the textures and shape of the Elytra, and my favorite has to be one that makes them look like Parrot Wings. But you can also change them to look like the Ender Dragon, Netherite, Crow, Butterfly and Phantom Wings.