This list is going to cover some Forge mods which are available for the latest versions of Minecraft. Specifically Minecraft 1.19, 1.19.1 and 1.19.2. Each month, we cover a video and list like this, and all the mods showcased here where released in August 2022. 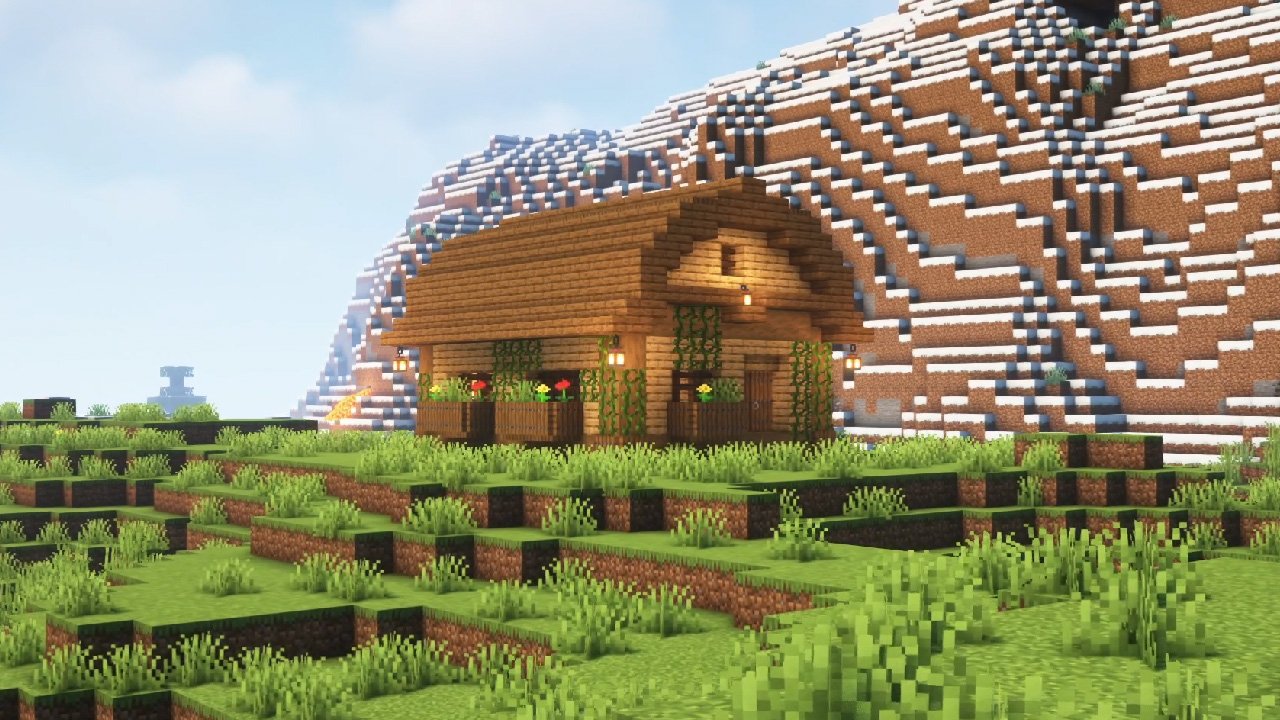 The first mod we’re going to take a look at is Moog’s Voyager Structures. Currently, it includes just over 40 structures, and these are all made from Vanilla blocks and items, no additional content is included with the mod.

The types of structures you can find are very diverse, and come in all different sizes. Some might be as small as Boulders, and others might be large Castle Ruins. A few of them contain Villagers too, and if a structure has an interior, they’re usually well decorated.

Most of these Chests contain useful loot too, which usually match their surroundings. When locating some of these structures, most of the time they’d be thousands of blocks away, so that makes me think they don’t spawn too often. 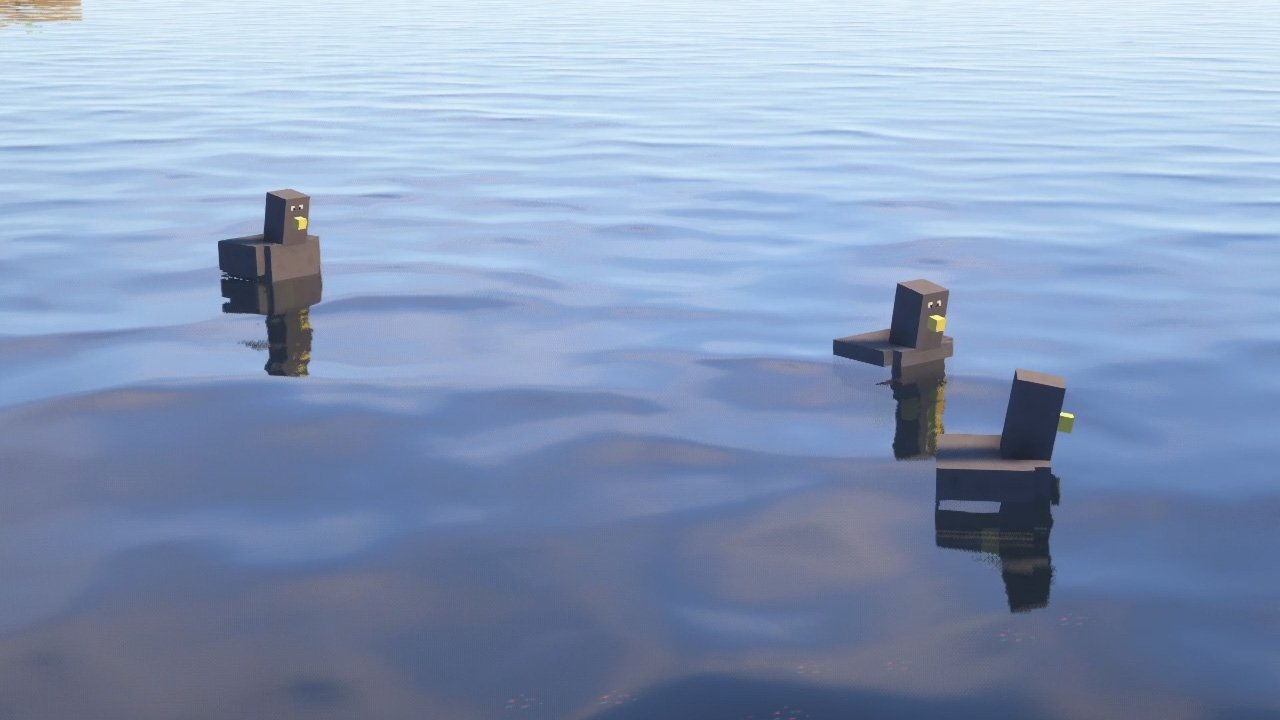 This mod is going to be most useful when playing with friends, or if you have multiple bases. To start, you can find Pigeons spawning in Forests.

There’s two items that need to be crafted, the first is the Pigeon Coop, which requires 3 Planks, 3 Logs and a Hay Bale. The other is the Mail Receptor, which needs 6 Planks, 1 Slab and 1 Iron Ingot.

Place down the Pigeon Coop in a location of your choosing. Pigeons will follow you when you’re holding Seeds, and by feeding them near the Coop, they’ll become bound to it. Next, place down the Mail Receptor in another location and give it a name.

From the Pigeon Coop, you can send items to the Mail Receptor as long as it’s stocked up with Seeds, and the Pigeon will slowly fly items to it. It’s just a fun and interesting way to move items around. 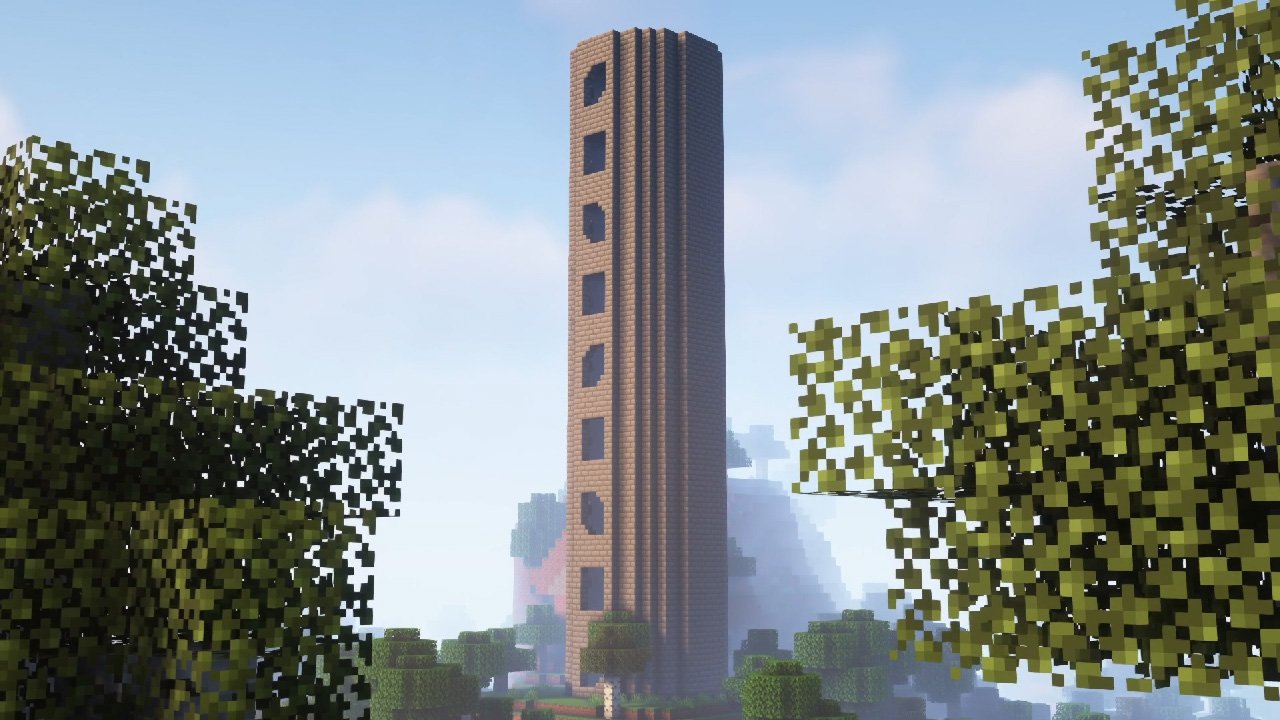 Originally a Data Pack, Keebszs Battle Towers adds some new Towers into your world, which are around 10 floors high. These can be found in different Biomes, made up of blocks that blend in, like Cobblestone, Ice, Packed Mud and Stone Bricks.

Like with other Battle Tower styled mods, you’ll need to work your way up each floor, clearing mobs, searching Chests and destroying Spawners. It’s quite dangerous inside, there’s lots of holes in the ground which you’ll need to watch out for.

At the top is the Boss, which seems to currently include the Lich, which has 300 health, and can be defeated for more loot. 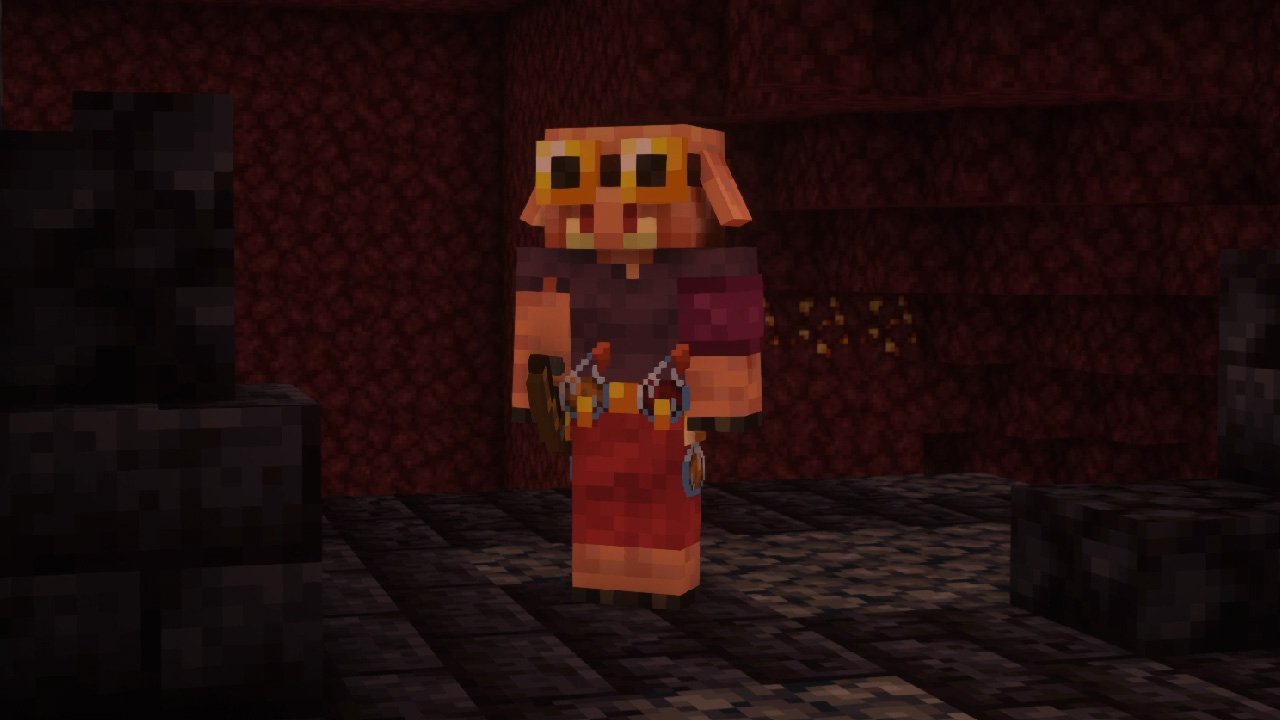 Included with Piglin Proliferation is a new type of Pillager, which is the Alchemist, and they should be easily identifiable. They can be traded with like regular Piglins, but have a chance of giving different items like Healing Tipped Arrows, Magma Cream or Potions of Healing and Strength.

But one of their most interesting features is that they can throw Potions at other Piglins which help them during fights, whether it be by healing them, or giving them Fire Resistance if they’re on fire. 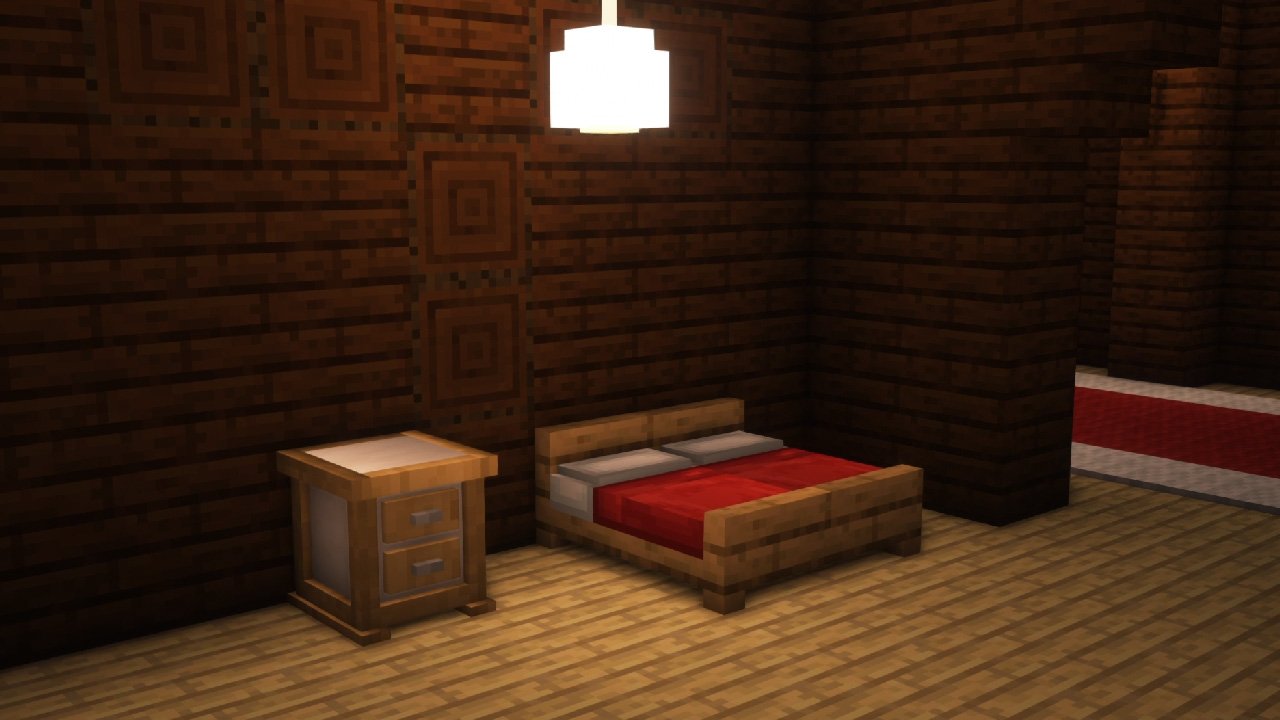 A lot of items are functional too, so you can sit down on Chairs, place items on Tables and sleep in Beds. There’s tons of furniture included which should help you decorate your bases and make them feel more homely. 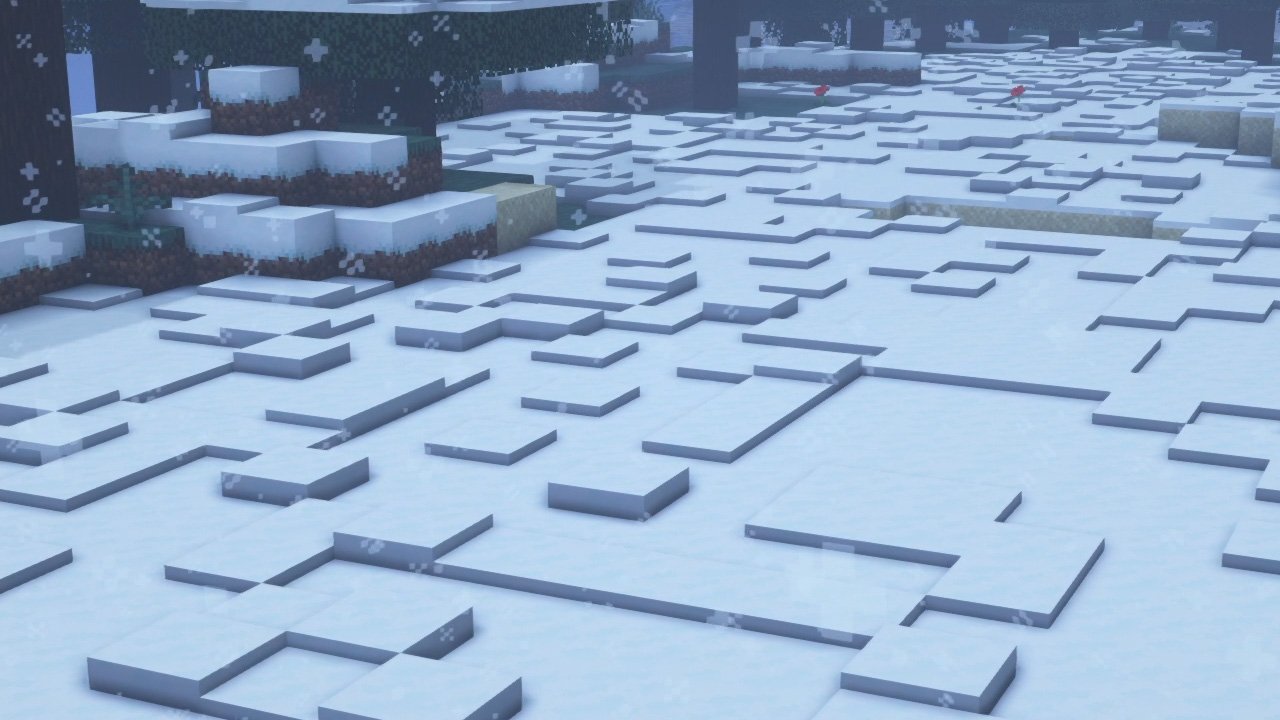 After installing this mod, Snow should fall a little more realistically. Instead of it forming just a single layer, Snow can have a stack height of 3 layers instead. In the mods config files, you can change this value so that it even forms 8 layers instead. 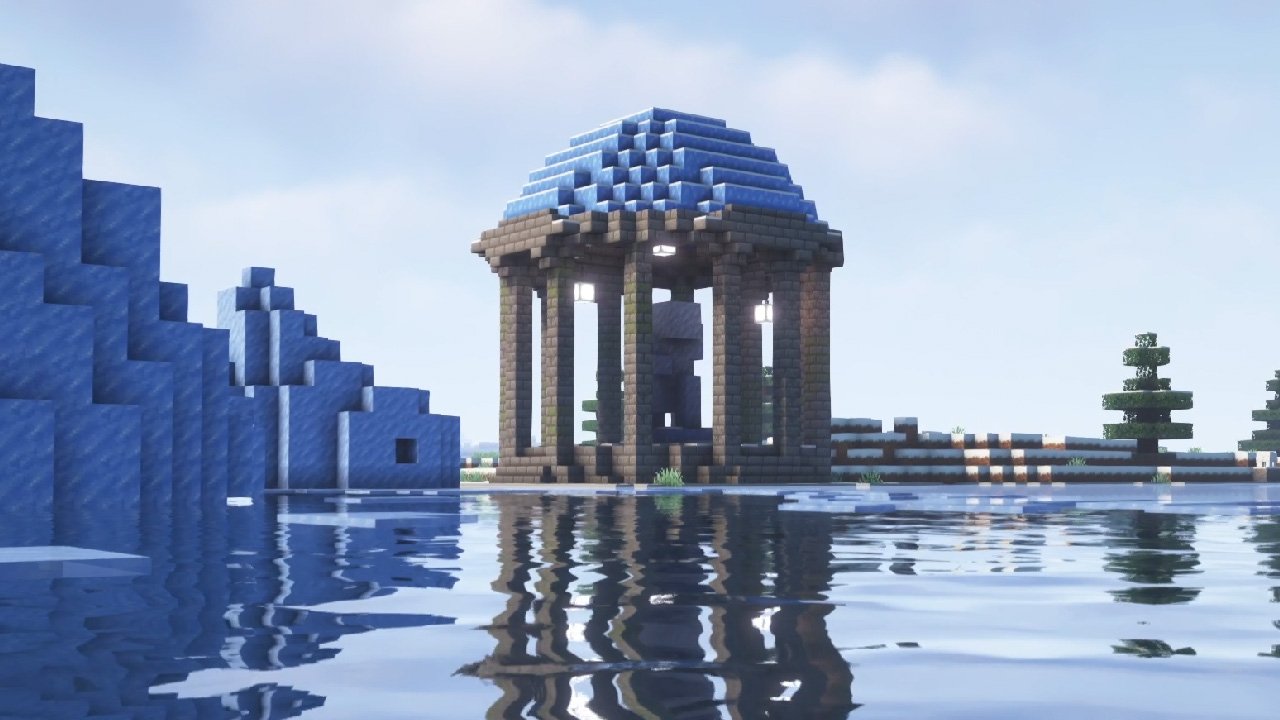 Another structure mod is Red’s More Structures. It includes locations like the Beach House, Tower, Buddha, Sphinx, Great Pyramid, Flower Oracle and a few others.

Some of these are huge, and most will contain either Chests or Barrels which contain loot. And some might contain hostile mobs. This was also released as a Data Pack a few weeks ago. 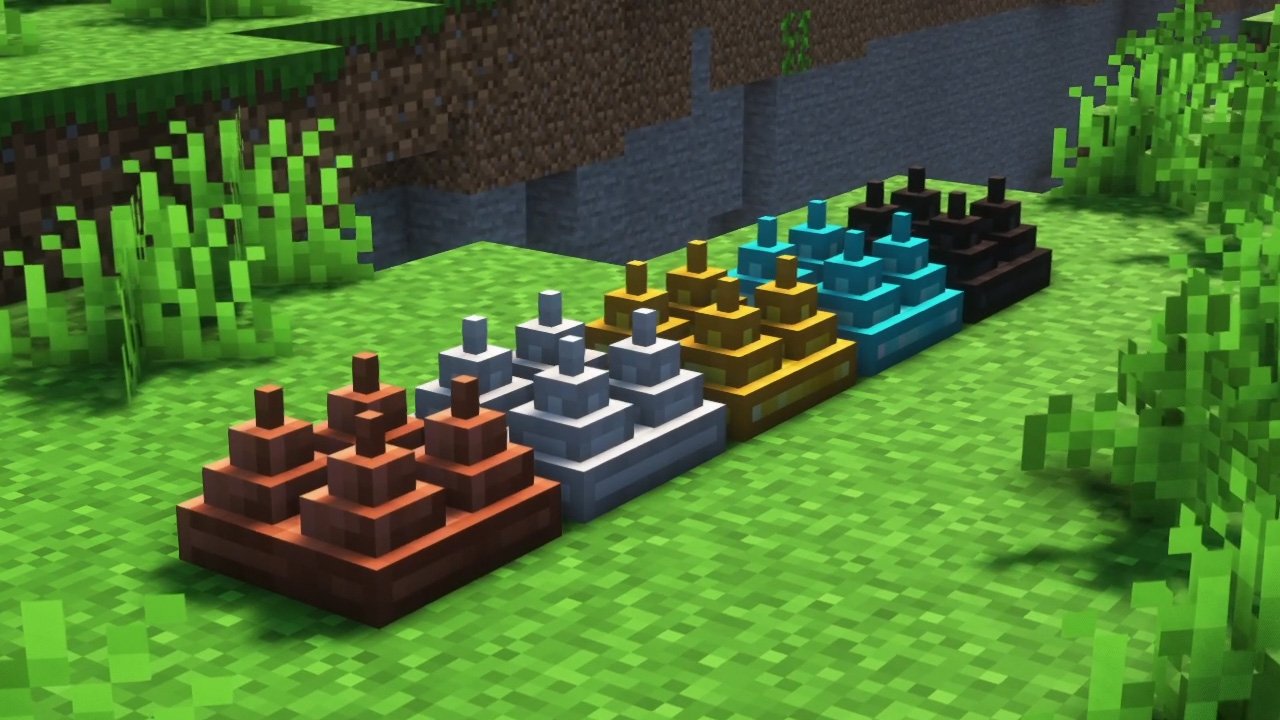 Simple Spikes adds 5 new Spike blocks, made from Copper, Iron, Gold, Diamond and Netherite. They’re relatively simple to craft, and each tier determines the amount of damage they do to entities standing on them.

Although the Gold, Diamond and Netherite ones will leave entities on half a heart instead. So you might find this mod useful for building mob farms, or trapping other players in your world. 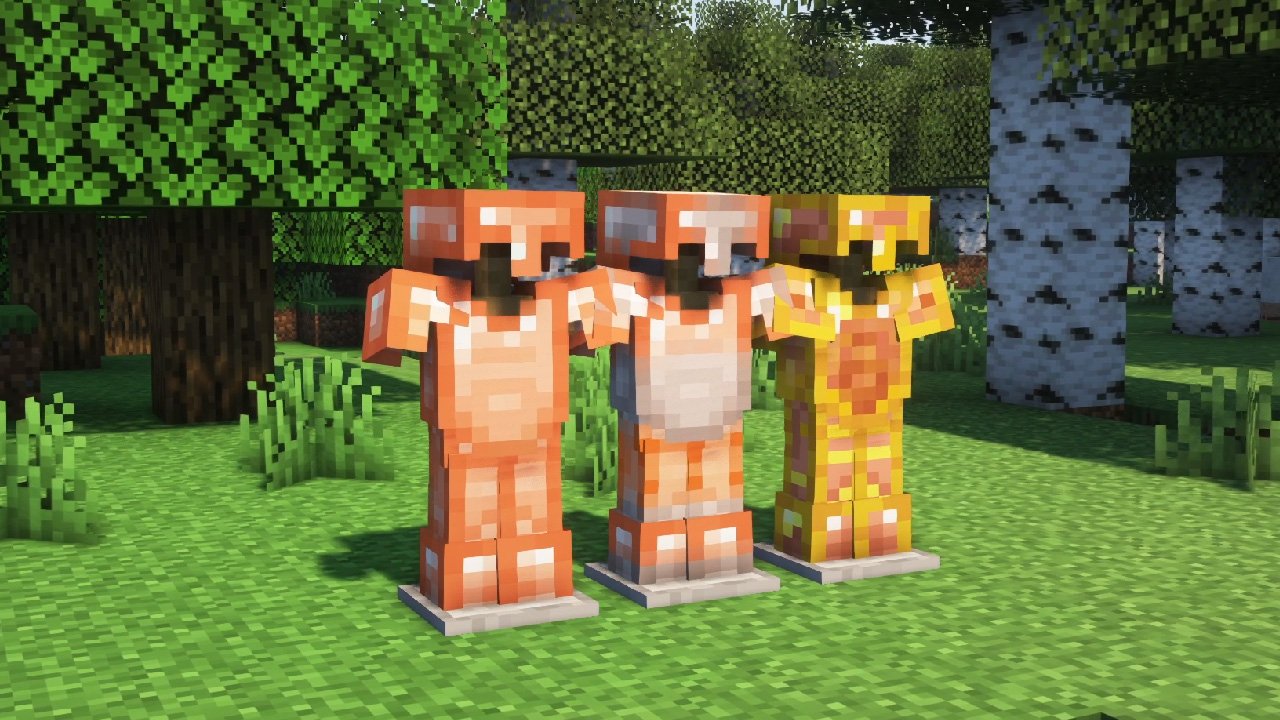 Copper Craft will give some more uses to Copper items. Firstly, there’s 3 new sets of Armor made from Copper, Iron-Copper and Gold-Copper. You can also create Copper Apples, which give some useful buffs like Speed, Strength and Haste.

Or you can create a Paxel which acts as a multi-tool, allowing you to break Dirt, chop trees and mine through Stone.

Another weapon that can be crafted is the Matchlock Gun. When Rough Ammo Chips are in your off-hand slot, you can fire the gun, and it deals quite a lot of damage. 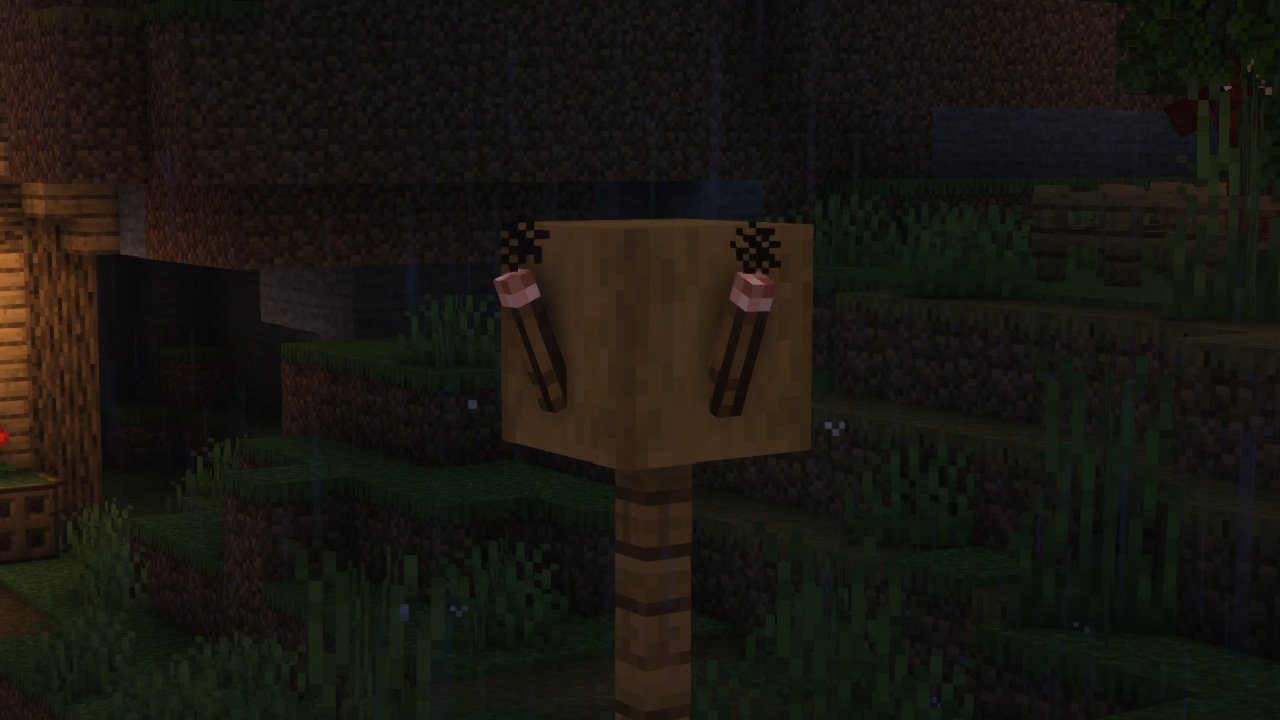 From now on, you’ll need to create Torches from Sticks and Coal Dust, instead of regular Coal. The Torch that you receive will be unlit at first, and won’t give off any light.

There’s a few ways of lighting them, with the easiest probably being with a Flint and Steel. But you can also craft a Matchbox or Fire Starter. And if it rains, you can expect Torches to go out, so it’s kinda like an added survival mechanic.

The mod brings similar changes to Lanterns, which need to be provided with fat. 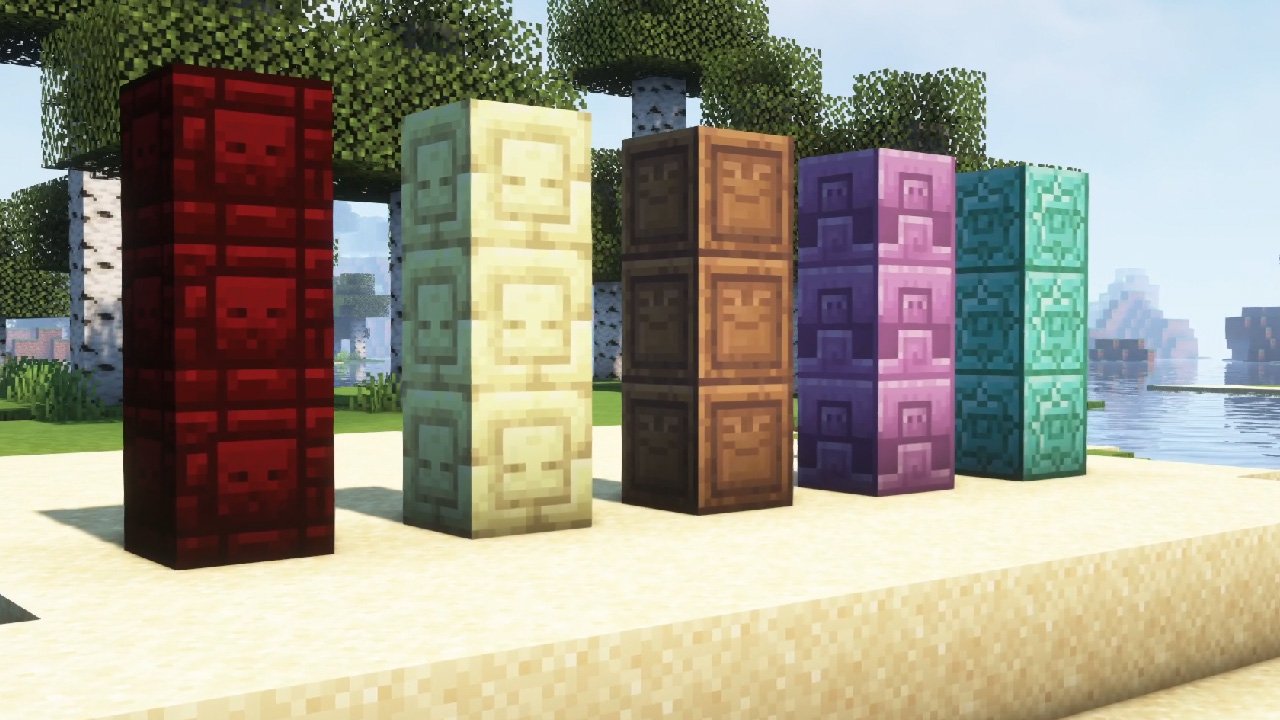 This next mod is for decoration, and adds some new variants of different Bricks, like Red Nether, End Stone, Mud, Prismarine and Purpur, specifically when they’re Chiseled.

Some texture changes are also made to Chiseled Stone, Deepslate and Quartz. As you’ve probably noticed, they all feature the head of a mob in their design. 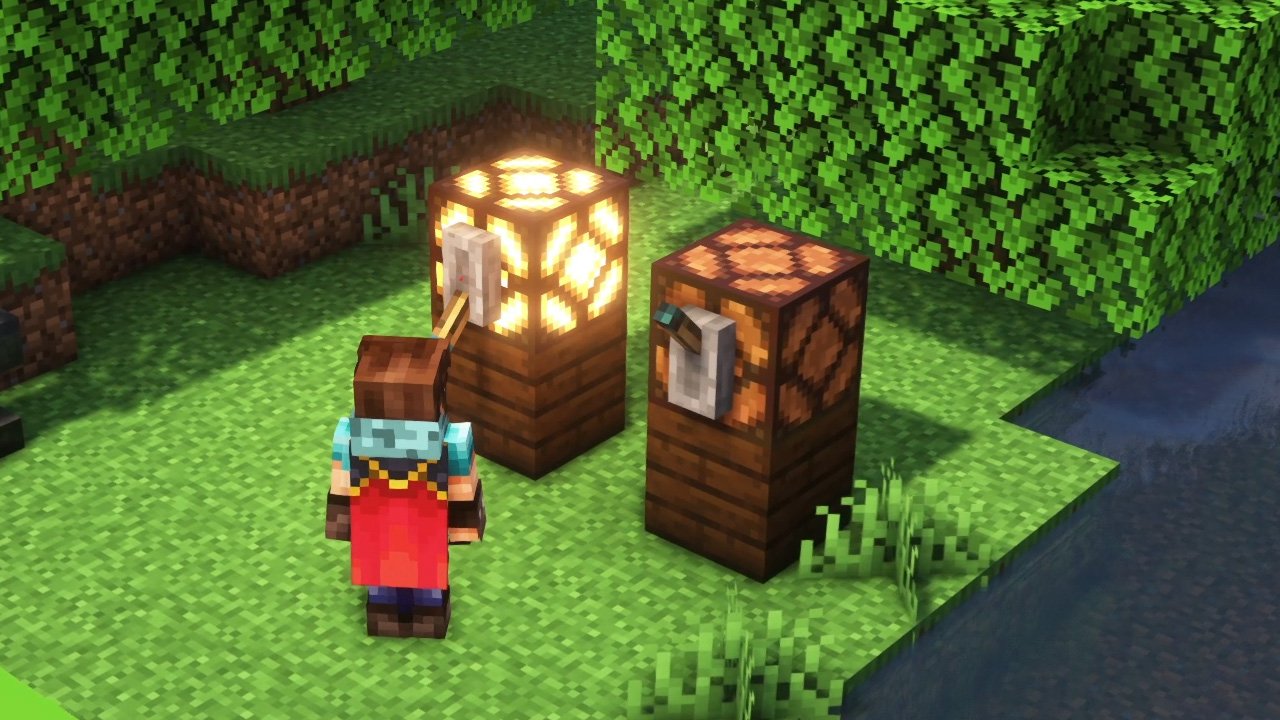 To start using this mod, craft 2 Synchronous Switches from Ender Pearls, Sticks and Stones. Place two of them down, like you would with a regular Lever.

Take a piece of Paper into an Anvil and rename it, then apply it to both Levers which will link them. Now, when you pull one Lever, the other will also be activated, as they’re both linked, so you can now have Wireless Redstone setups. 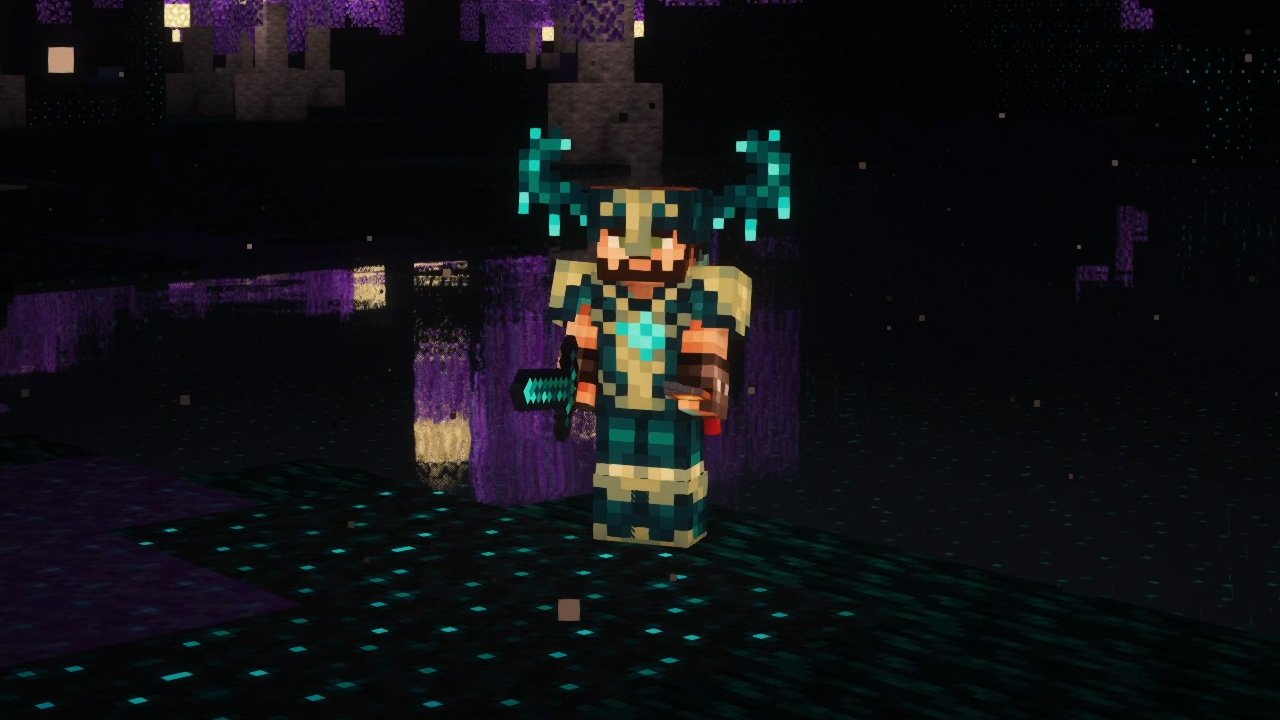 Deeper and Darker brings some changes to the Deep Dark. Firstly, there’s a Portal which takes you to a new Dimension called The Otherside, and it can be found in Ancient Cities.

To ignite it, use a Heart of the Deep, which can be obtained from killing Wardens. This Dimension is located below Bedrock, and is made up of Sculk, Echo Trees and Rivers.

There’s 2 Biomes currently, which are the Otherside Deeplands and the Echoing Forest. You can find Sculk versions of Overworld Ores here too, which give twice the resources and experience compared to the Overworld.

And that’s not all, there’s creatures like the Sculk Leech, the Shattered and Shriek Worms. And, a whole set of Warden Armor and Tools. 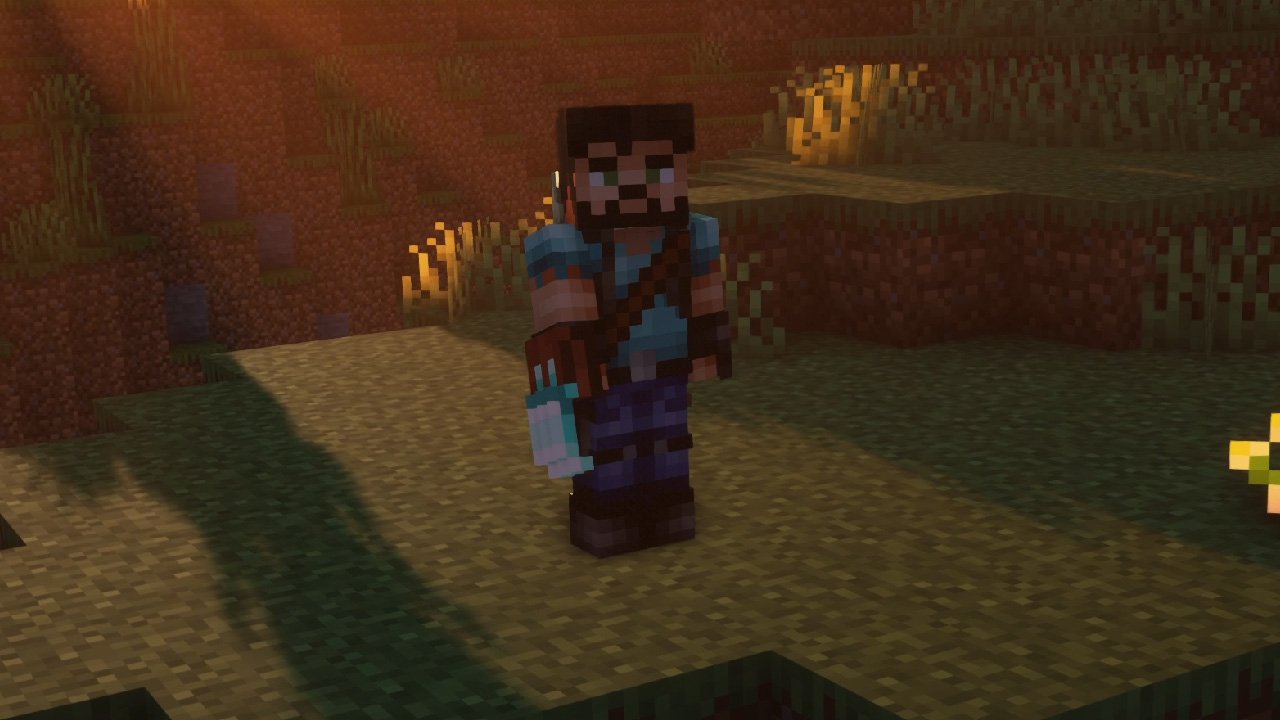 With Banilla Claws comes 16 sets of Claws, some of which aren’t obtainable unless you have the Gobber or Resource Slimes mod installed. They make good weapons, with each tier changing the damage they deal, although they have a shorter range. And they’re also great for breaking leaves or making farmland. 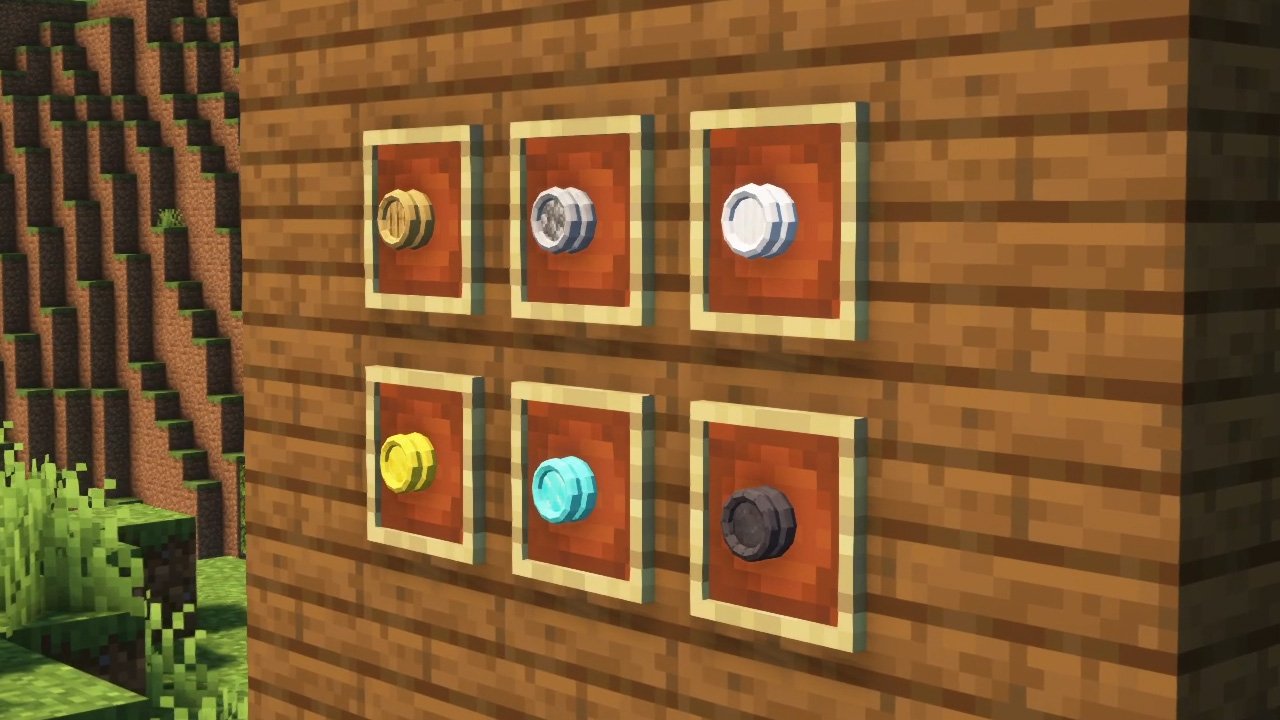 This mod adds 14 Yoyos into Minecraft. 6 of them can be crafted manually using standard materials like Iron, Gold, Diamond and Netherite. Whereas the other ones are themed around mobs, and can be found in different treasure locations.

They’re weapons, and each one has a different String Length, Speed and Attack Interval. And in general, they make pretty interesting ranged weapons.