Minecraft 1.17 was released just a few days ago, and modders are already hard at work updating their mods. There is a caveat though, as right now, mods are only being released and updated for the Fabric Mod Loader.

It’s great for some, as Fabric also offers extra mods such as Sodium which give massively increased speeds when running Minecraft. Though at this point in time, a lot of the most in-depth and fulfilling mods are still Forge only.

An update for Forge is currently underway, and once it’s released, we’ll put out another list showcasing some great mods that are worth checking out! Don’t forget to check out our YouTube Channel too, as we’re always showcasing some of the latest and greatest mods. 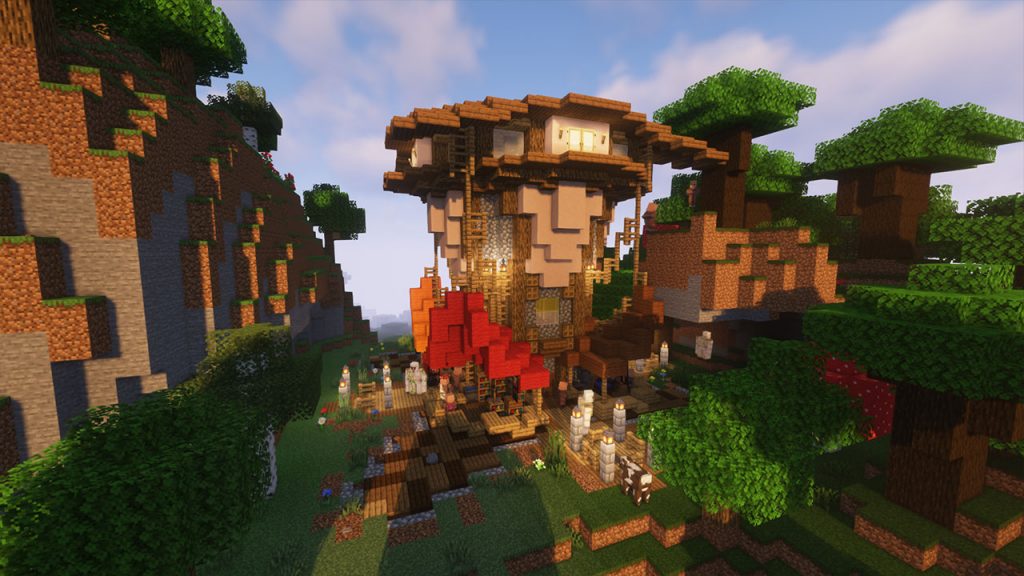 Mo’ Structures will have you stumbling upon new locations when exploring. There’s Ruined Churches, Villager Markets, Taverns and even Dungeons. At dangerous structures like the Pillager Factory and the Jungle Pyramid, you’ll have to work your way through the buildings defeating any mobs you find to obtain the Chests of loot. These structures are designed nicely, and fit into your world seamlessly. 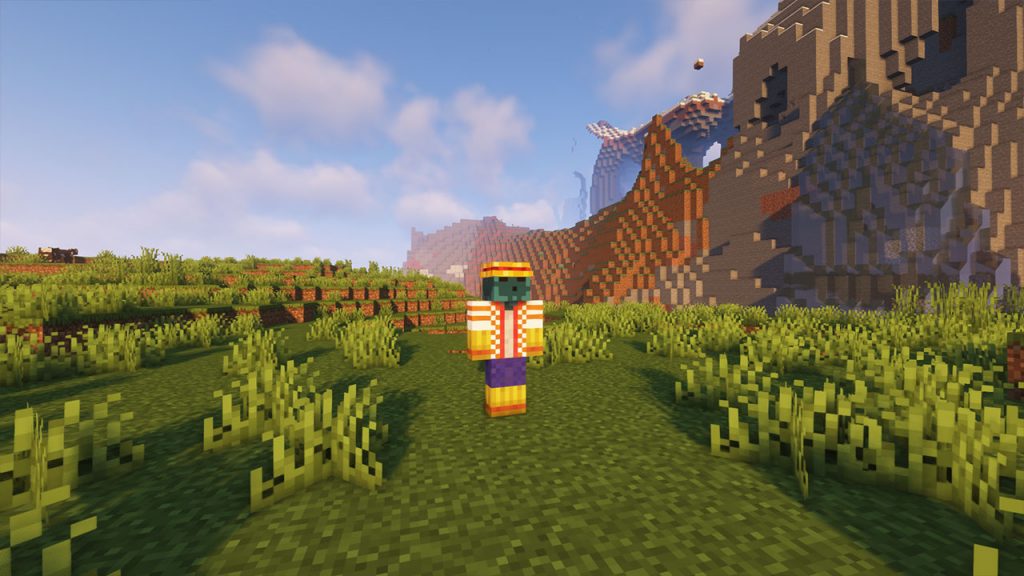 The Straw Dummy is a new item which can be crafted from an Armor Stand, 4 Wheat and a Slimeball. You can place the Dummy down, and equip it with armor if you’d like to. When you attack the Dummy, the amount of damage you deal will be shown to the side, making it great for testing different Weapons & Enchantments. 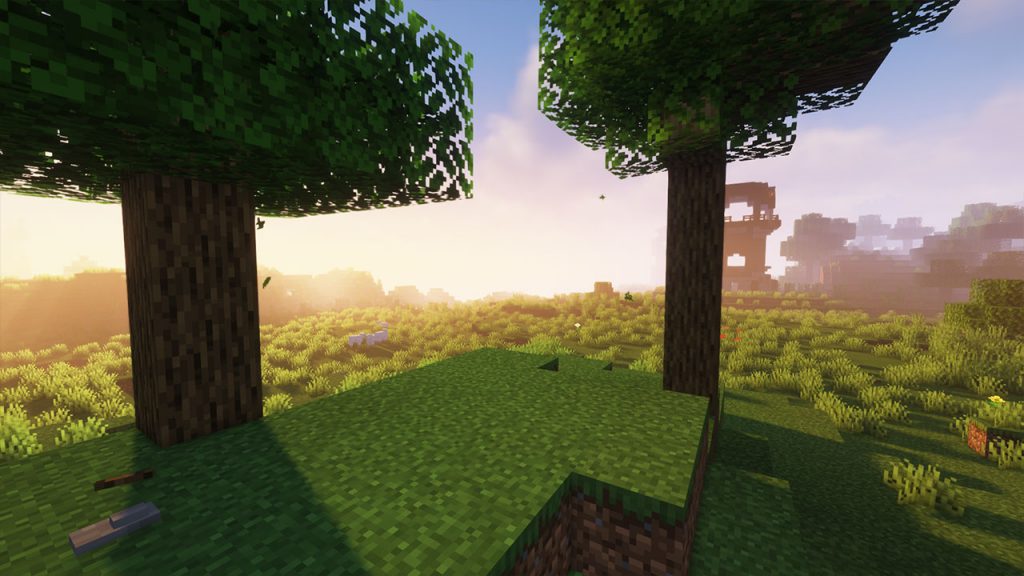 Another ambience mod is Falling Leaves, which is really visible when walking through forests. You’ll find that Leaves will slowly fall from their blocks, which looks very pretty. You can configure which trees they can fall from, as well as the rate. 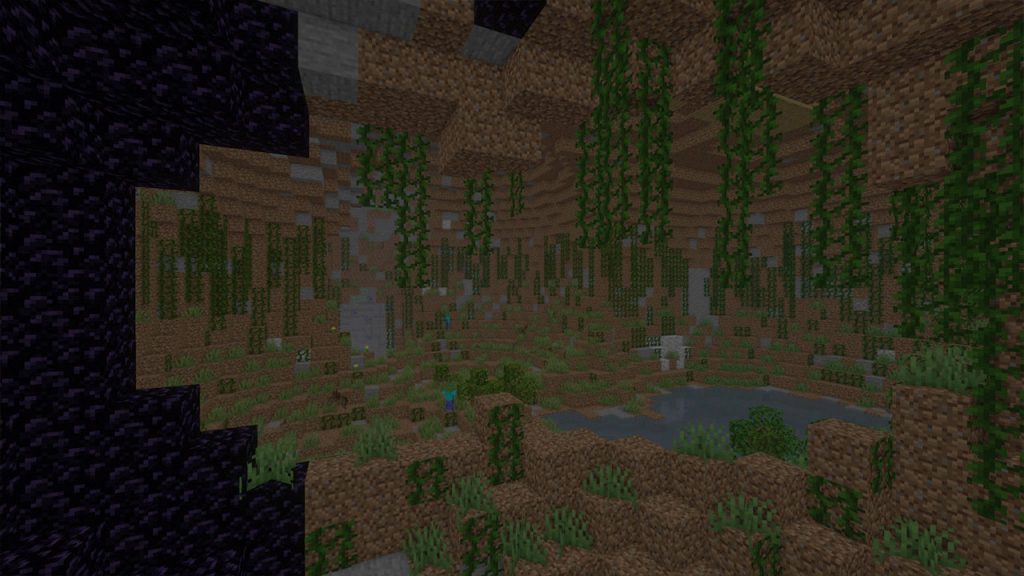 To make some early updates to Caves, try out the Cave Biomes mod. It adds over 25 new Biomes to Caves, with a lot of them replicating what’s on the surface, like Caves under Jungles being filled with Vines. The mod also changes the terrain generation of some areas, and other biomes you’ll find might be Magma, Mushroom, Ore and Lava Caves. It looks great overall. 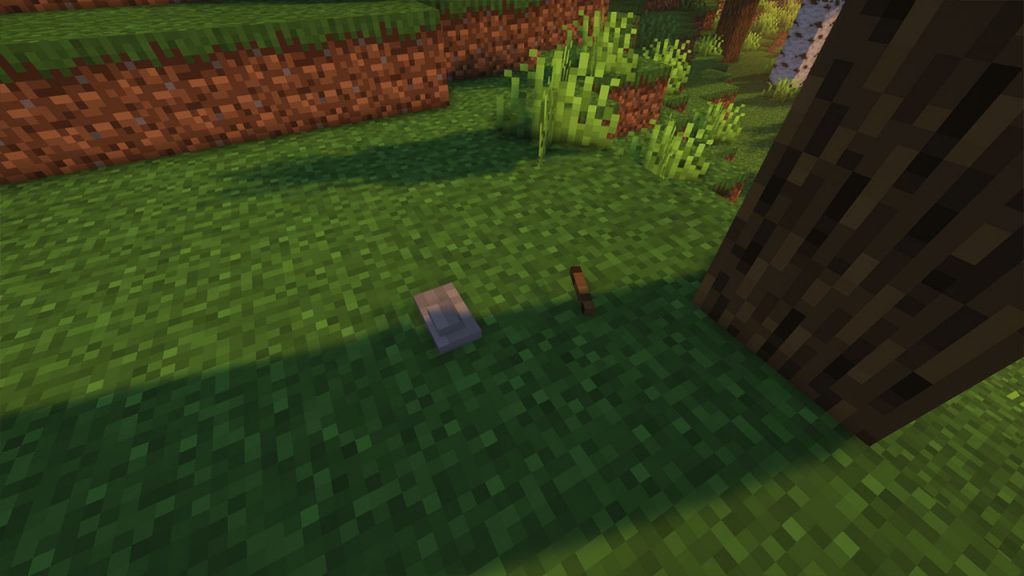 This Rocks adds some groundcover items which spawn throughout your world. This includes Rocks, Pinecones, Seashells, Starfish and more, which should add a little more immersion. These items can be harvested too, with items like Pinecones giving Saplings, Twigs giving Sticks and Rocks being able to be turned into Cobblestone. You might also find Geysers in some areas, which will boost you upwards. 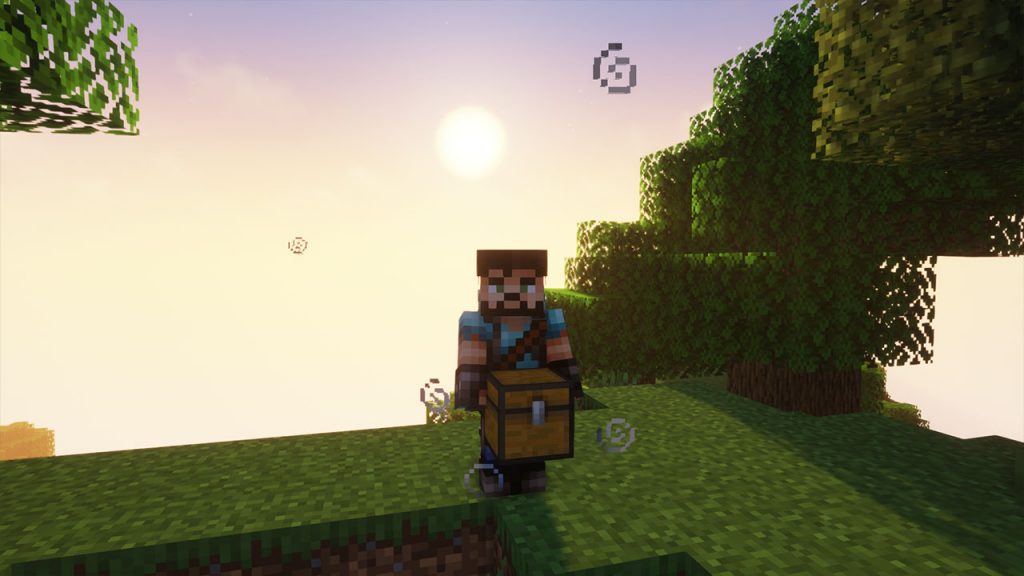 Carrier is very useful, as it allows you to transport some blocks and entities. By crouching and right clicking blocks like Chests, you can pick them up and transport them with all its items inside. You can also pick up some mobs like Wolves and Pigs, which could be useful when building a farm. 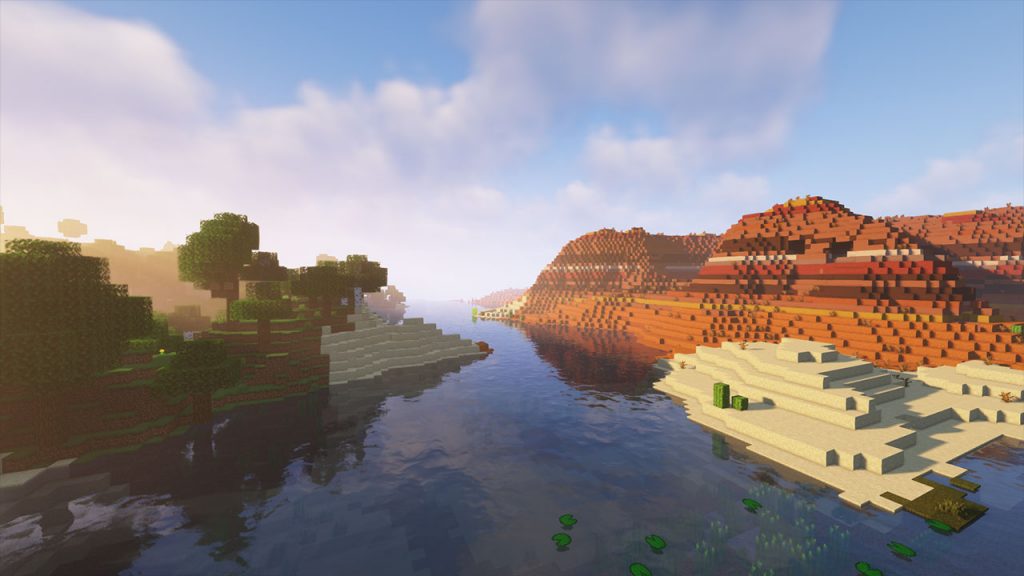 River Redux makes some big changes to Rivers. There are 4 different Biomes, which are the Tropical, Gravel, Carved and Sandy Rivers. They’re very wide, and makes exploring your world in boats more viable as you’ll have plenty of room either side of you. 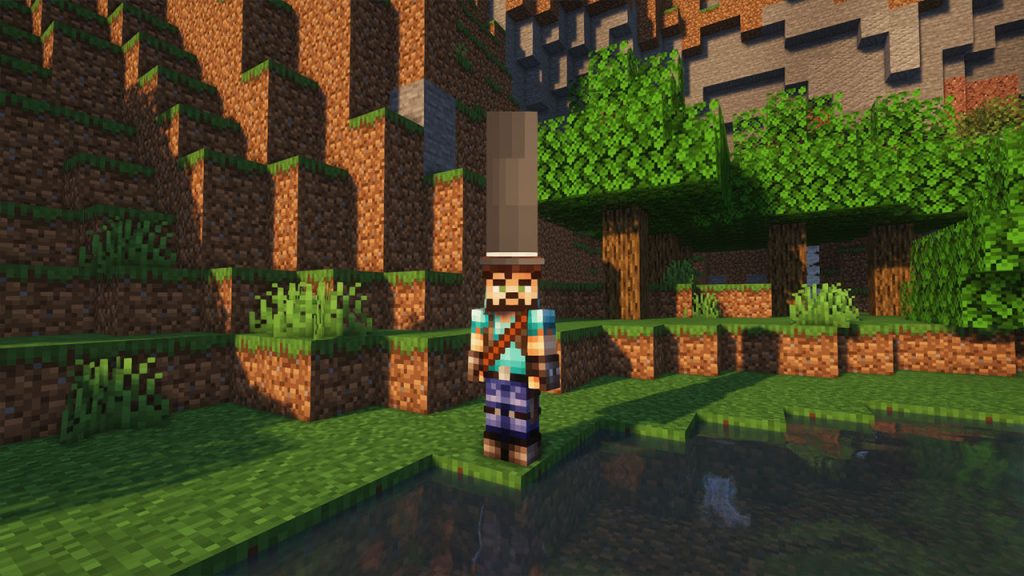 Give Me Hats adds some new wearable Hats, which don’t have recipes, as they can be found in Chests instead. When equipped, each Hat gives a different effect. Some examples are the Sailor Hat, which makes you move faster when in a Boat. The Santa Hat gives you a Frost Walker effect, allowing you to walk on water. Whereas the Slime Hat will cause you to bounce when you hit the ground, negating any fall damage. 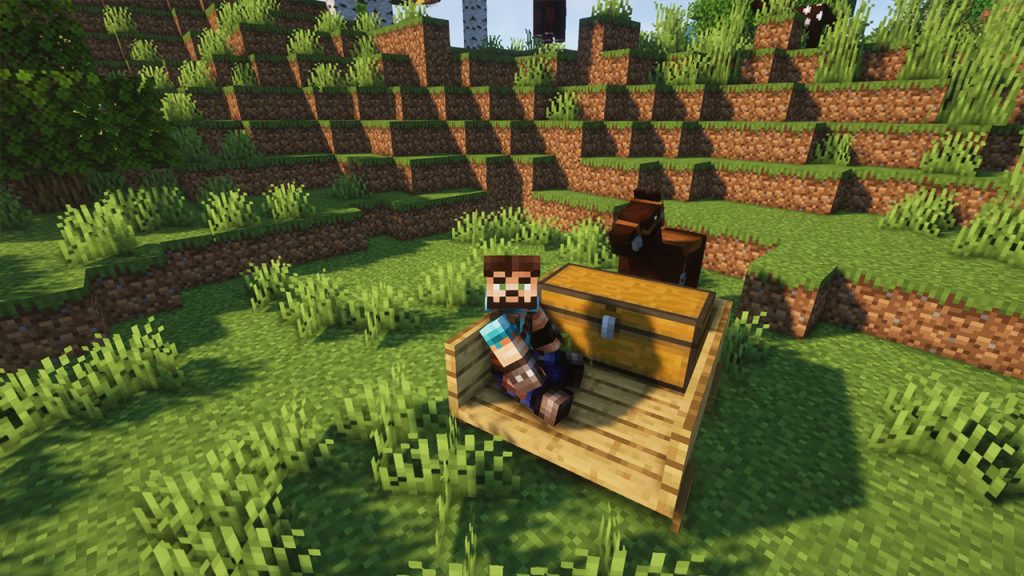 Grim’s Transportables adds 2 Carriages which can be attached to Horses and Donkeys, with the first being able to seat up to 4 players inside it. There’s also the Storage Carriage, which can seat 2 people instead, and has a double Chest storage built in. Other items include the Launching Rail, which can launch Minecarts upwards. The Tele-Sender Rail, which sends a Minecart to a set destination. The final rail is the High Powered Rail, which sets Minecarts to maximum speed. You can also craft Iron Ladders, which can be climbed twice as fast as regular Ladders.

10: Happiness is a Warm Gun 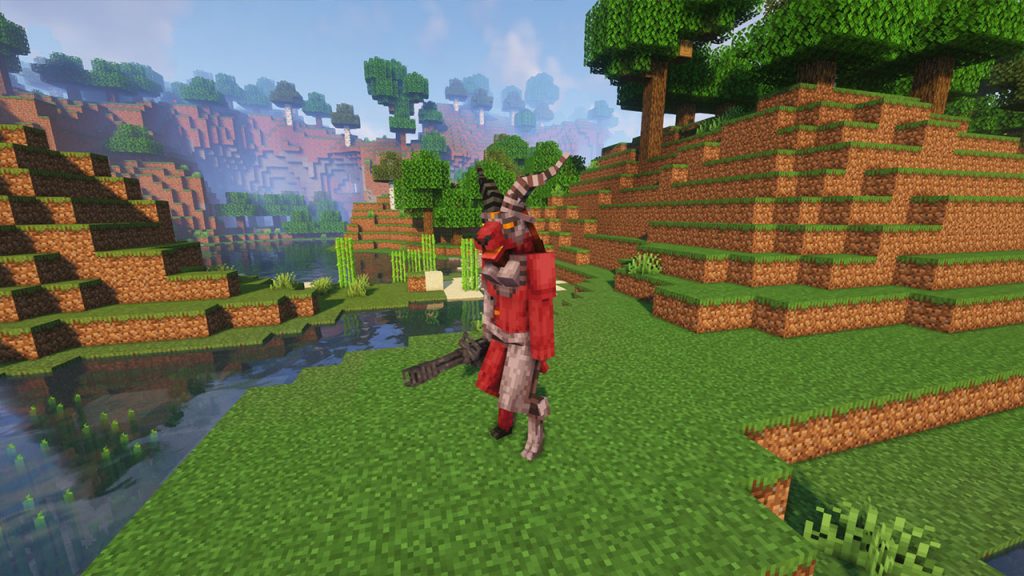 Happiness is a Warm Gun is one of the better gun mods I’ve found. It adds new weapons like the Minigun, Pistols, Shotguns, Rifles, Flamethrowers and more. To get started with the mod, you should craft a Gun Table which allows you to craft some basic weapons. Getting the more advanced stuff requires you to turn a Villager into a Gunsmith, or by killing the new Technodemons mobs. Other mobs include Mercenaries and Spy’s who have different designs depending on the biome they’re in.