Minecraft itself is the classic survival styled game. Build a shelter, collect food and try to survive. But thanks to the modding scene, Minecraft can be whatever you want, including an RPG (role-playing game)!

In this list, I’ve put together 20 Mods that will turn your Minecraft game into an RPG. Now, I have done this guide for Minecraft Java Edition, and it sadly isn’t for mobile or Bedrock users.

I also tested them using Minecraft 1.16.4, but seeing as these mods are constantly receiving updates, I also imagine them to be available way into the future! If you want to see the video version of this video, make sure to check it out at the top of the post, and for more Minecraft mod lists, check out our dedicated area here! 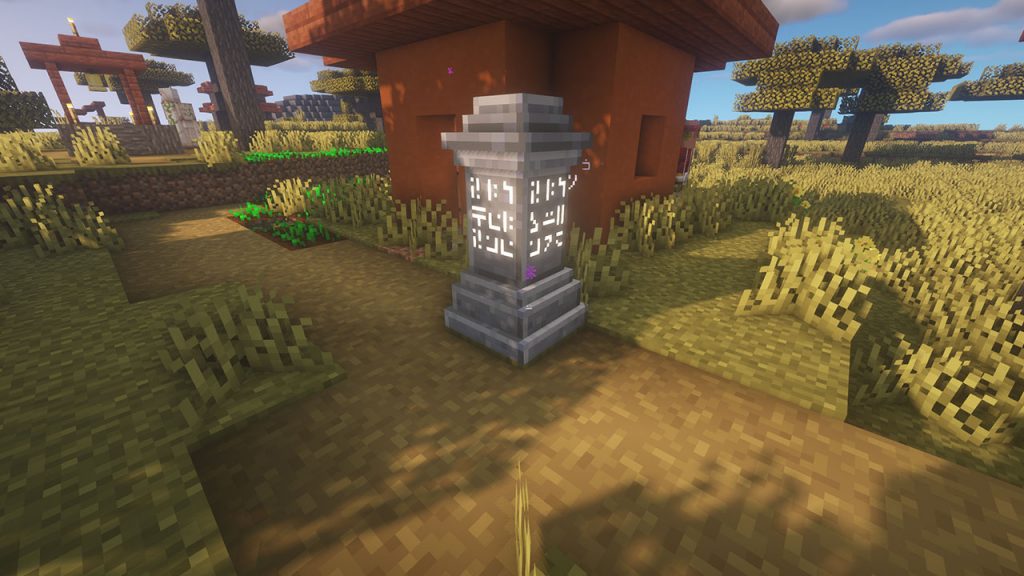 Waystones will allow you to teleport throughout your world effortlessly, without breaking immersion. You can craft Waystones, place them down and give them unique names. When you interact with them, you’ll be able to choose from other Waystones in your world to teleport to, or use Warp Scrolls. You’ll also find Waystones naturally generating in your game world. 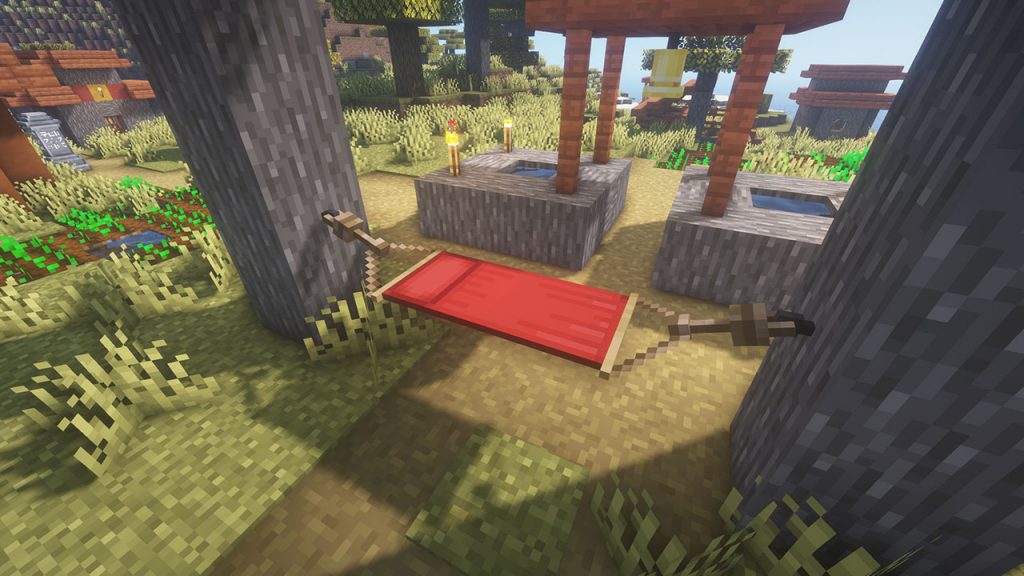 Comforts will add a few new items which help with sleeping in Minecraft. These are the Sleeping Bag and the Hammock. Unlike regular beds, neither of these items will set a spawn point, allowing you to save the location of your main base. Sleeping bags can be used to set night to day, and hammocks will change day to night. 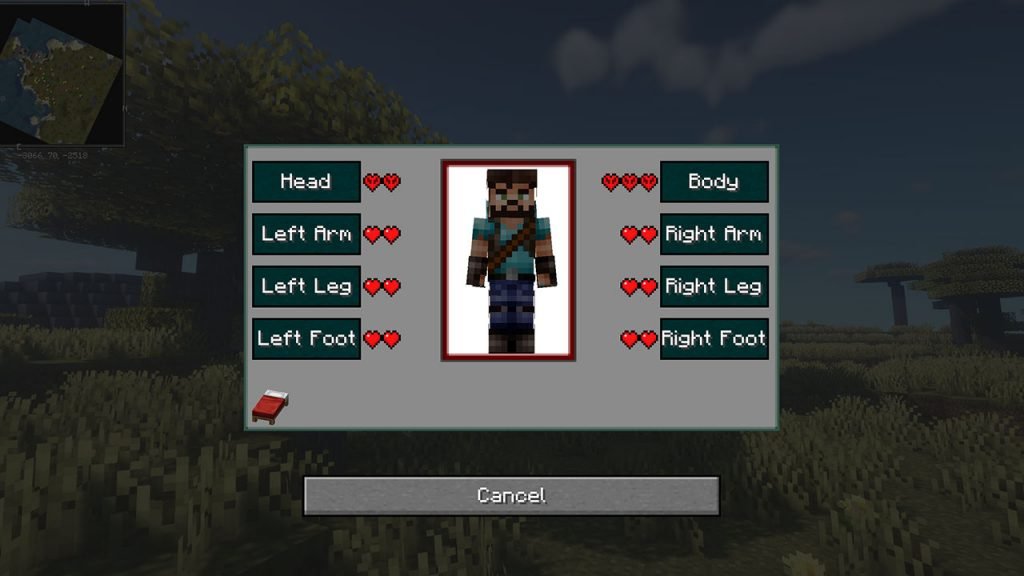 First Aid will completely overhaul Minecrafts health system. Instead of having an overall health bar, you’ll now have separate health for your head, body, arms, legs and feet. Natural health regeneration is also removed, and instead you’ll need to use bandages to heal parts of your body. You’ll experience different debuffs depending on which parts of you are injured, such as slowness with injured feet and nausea with head injuries. 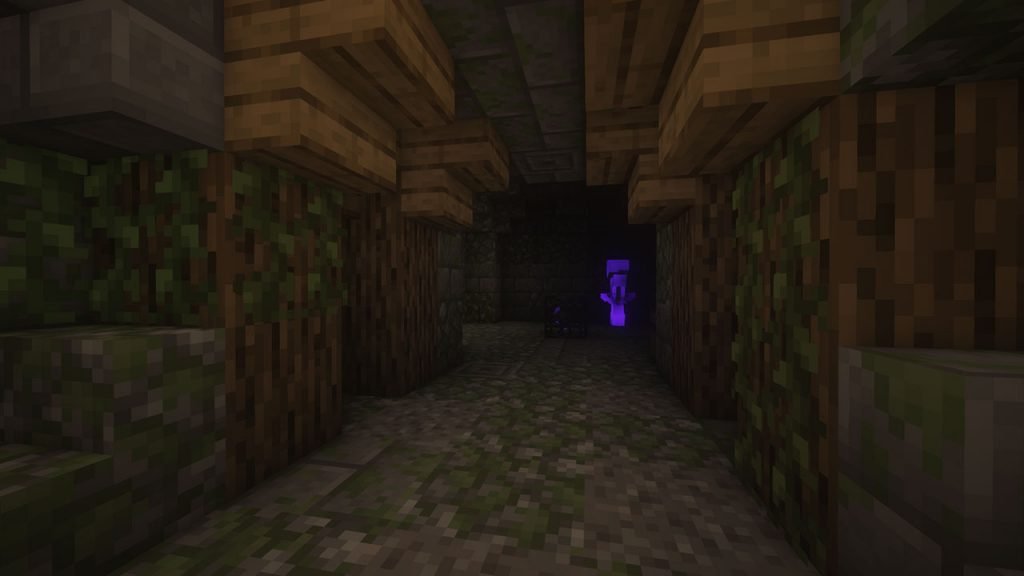 Roguelike Dungeons is one of my favorite mods, but it’s only available for older versions of Minecraft. A great successor is Dungeon Crawl, which will randomly generate large dungeons within your world which have random loot, enemies and multiple floors to clear. These Dungeons are quite difficult to defeat, but the amount of content they add to your world is immense. Most of the loot you find will consist of food, enchanted armor and other useful items. 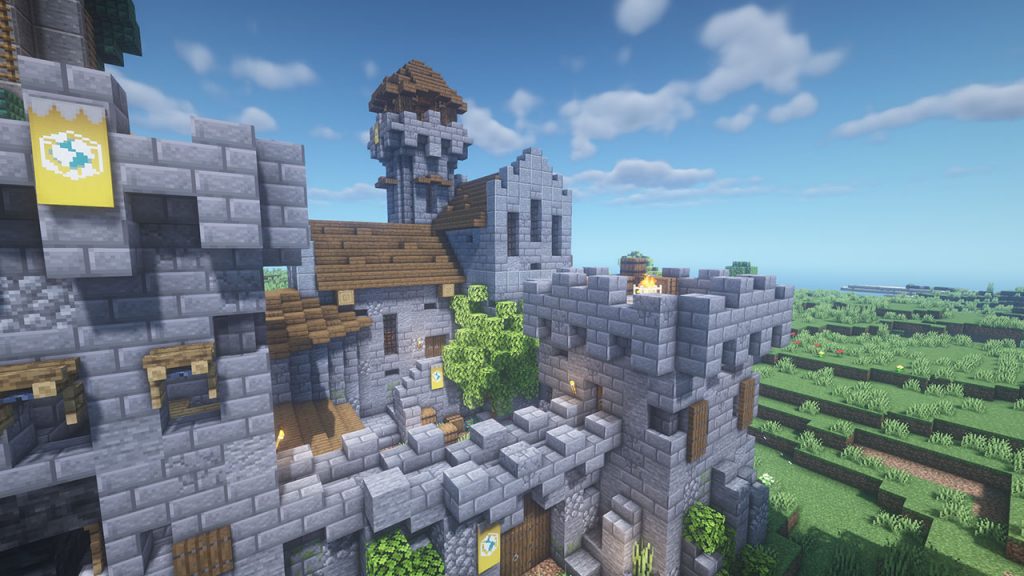 Valhelsia Structures will add some new structures to your Minecraft world, which makes exploring a lot more interesting. From what I can tell, it adds around eight structures, which mostly consist of Ruins, Castles and Homes. Some of these structures contain chests with loot, and if you come across a home, they actually make a great place to live. 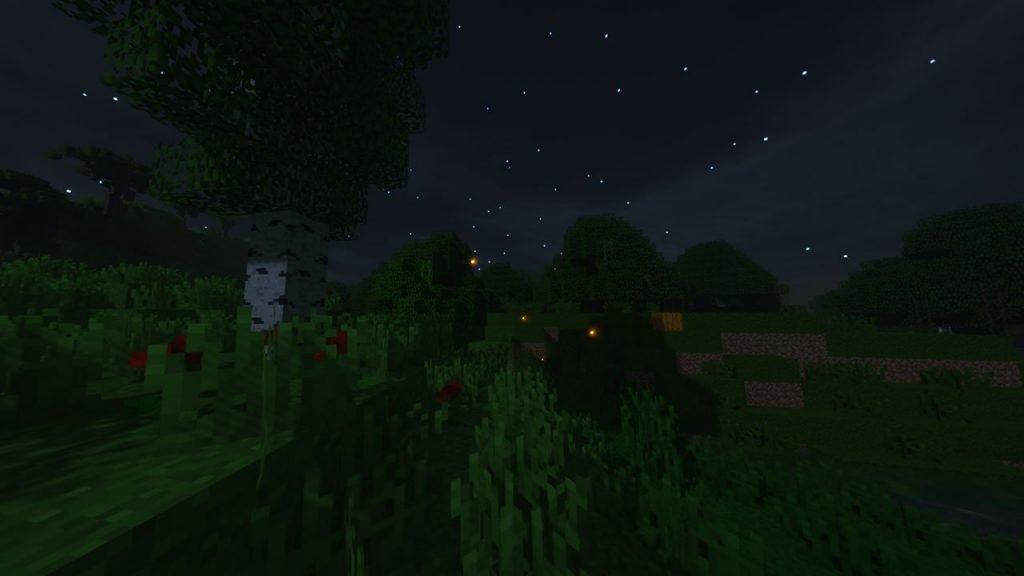 Dynamic Surroundings has finally been updated, and is now available for Minecraft 1.16.4. With this mod installed, your entire audio and visual experience will be overhauled. You’ll find new sounds for each biome which really bring your world to life, with realistic footsteps which change depending on the block you’re walking on. For visuals, you’ll find Fireflies during the night, new particle effects for when your character is cold, and some other minor changes.

7: Towers of the Wild 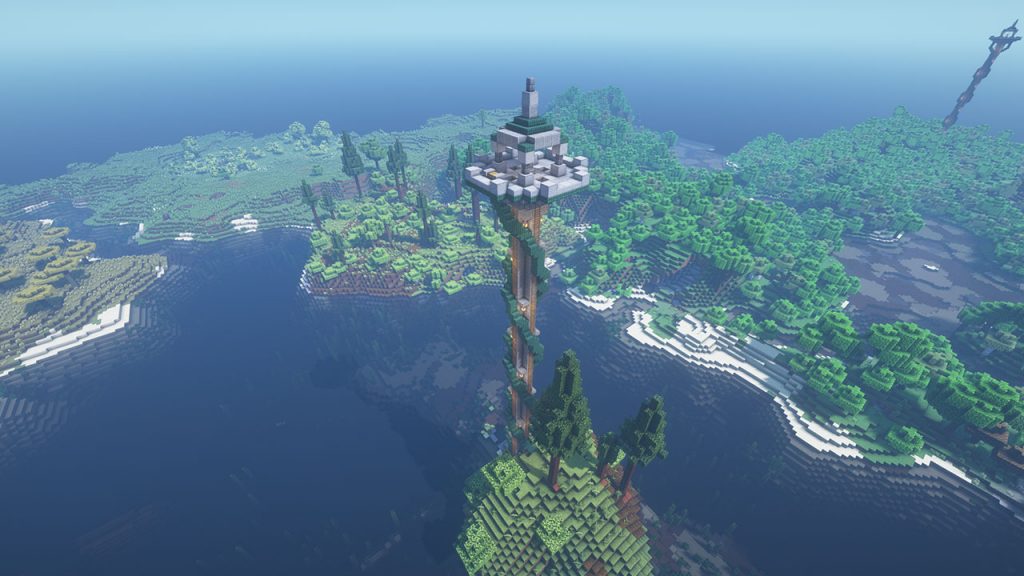 Towers of the Wild is another exploration themed mod, adding large towers to your world which are inspired by Zelda Breath of the Wild. They’re quite tall, and easy to spot from great distances. If you can make your way to the top, you’ll find a chest with some useful loot. If you install the previously mentioned Waystones mod, then one will spawn at the top of each tower, allowing you to essentially use the towers as waypoints. 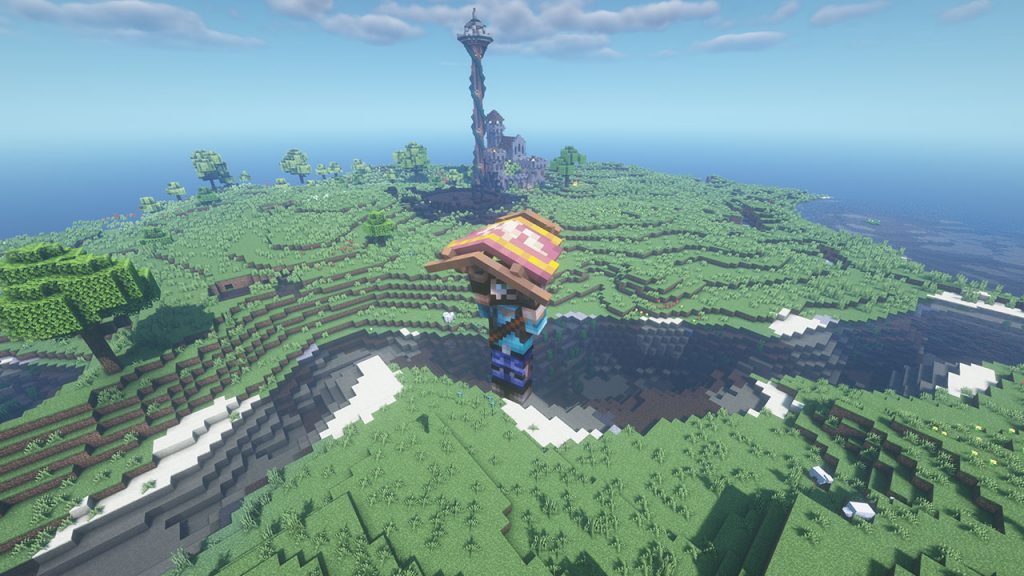 Another Zelda inspired mod is Paragliders, which will allow you to fall from great heights without taking any damage. It also includes the stamina system, so you’ll only be able to use the Paraglider for a limited duration. 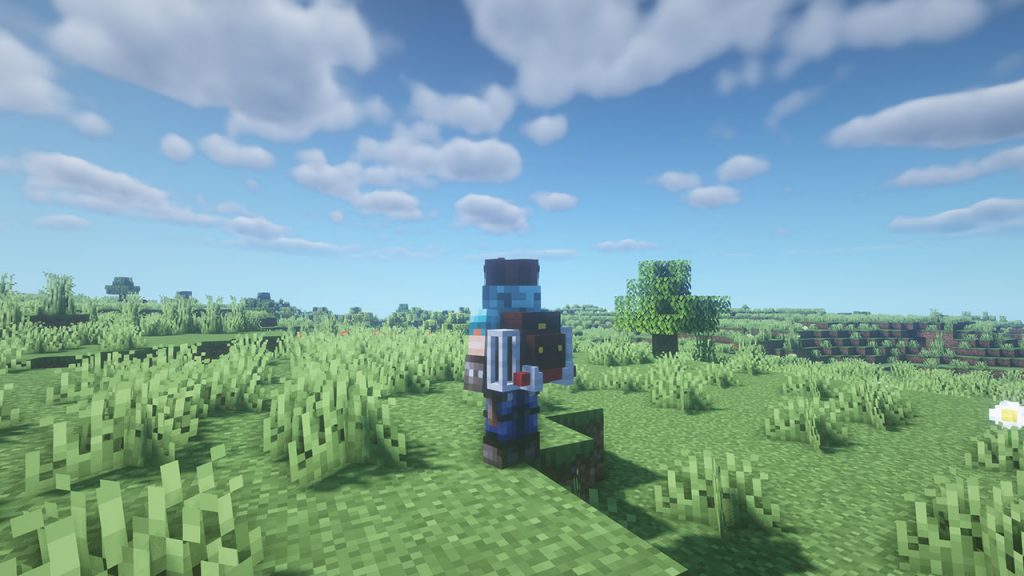 The Travelers Backpack will allow you to realistically carry all your items. The Backpack will give you an extra 45 inventory slots, as well as fluid tanks on each side which can be used to store the likes of water and lava. Although what makes this backpack better than others is that it also has a deployable sleeping bag, allowing you to rest wherever you are, and a built-in crafting table for some crafting on the go. 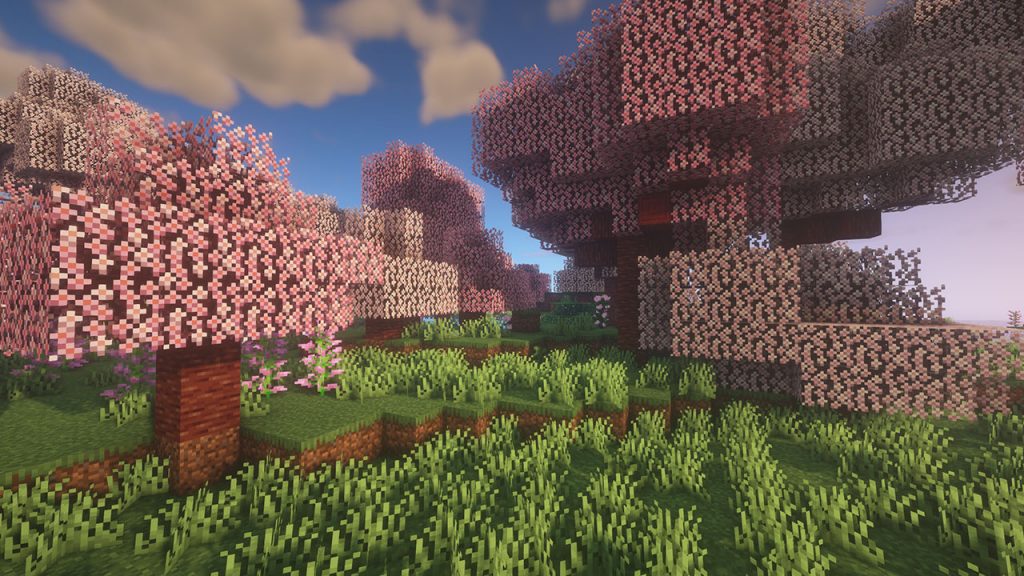 Installing a world generation mod is a great way to make your world feel fresh and different. In my opinion, the two best options are Biomes of Plenty and Oh The Biomes You’ll Go, although my personal favorite is Biomes O’ Plenty, which adds over 75 new biomes to your world. 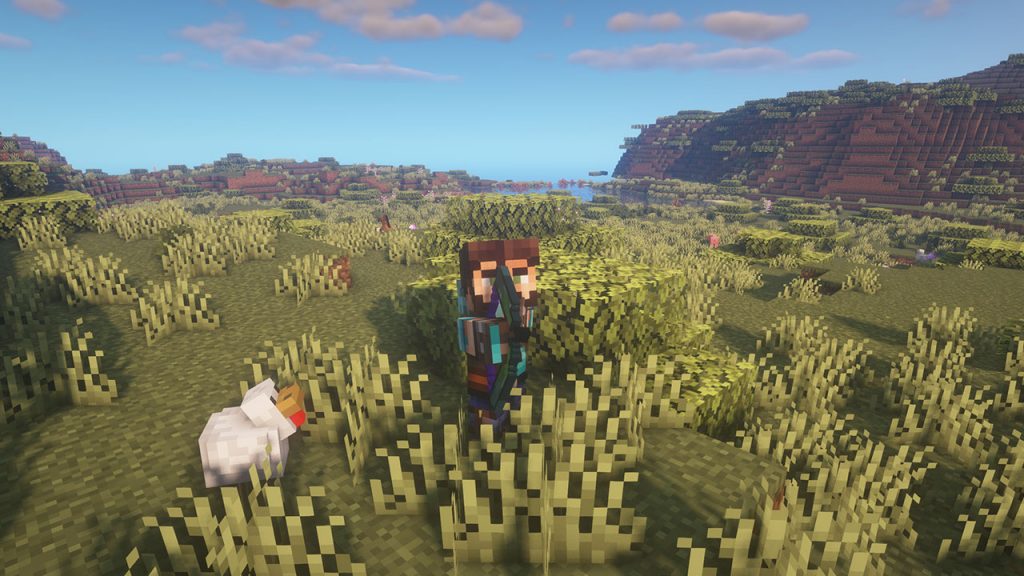 Switch Bow will add a new Bow, Quiver and over 35 new arrows to Minecraft. With the bows, you can quickly switch between and choose the arrows you want to fire, which can all be stored in your Quiver, which can hold up to eighteen stacks of any arrow type. All of these arrows are completely new, and offer many new abilities such as teleporting, launching TNT and placing torches. 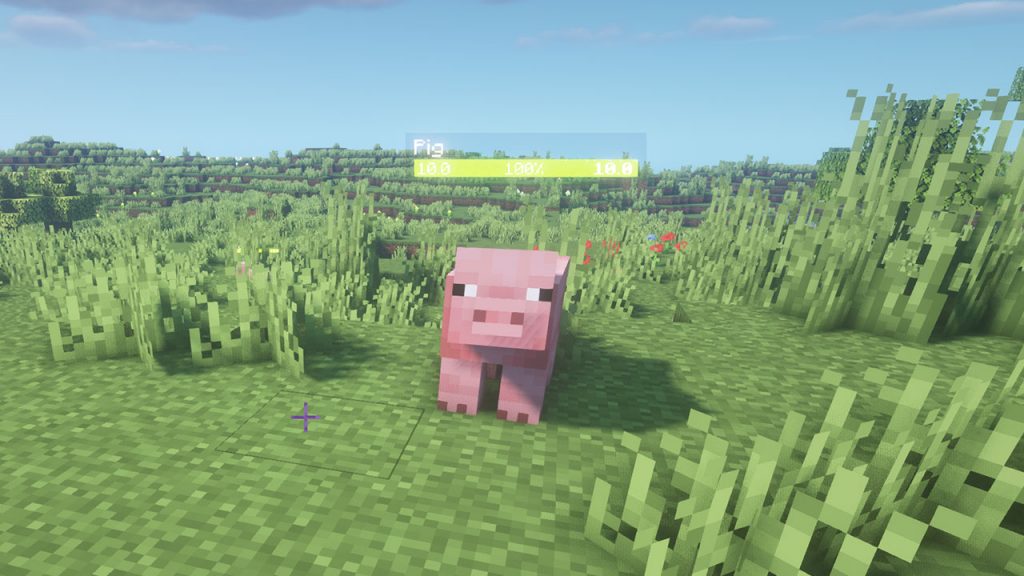 Neat will add unit frames to all living entities in Minecraft, which display the current and total health a mob has. Though if you’re using Shaders, you might struggle to get these to display properly. 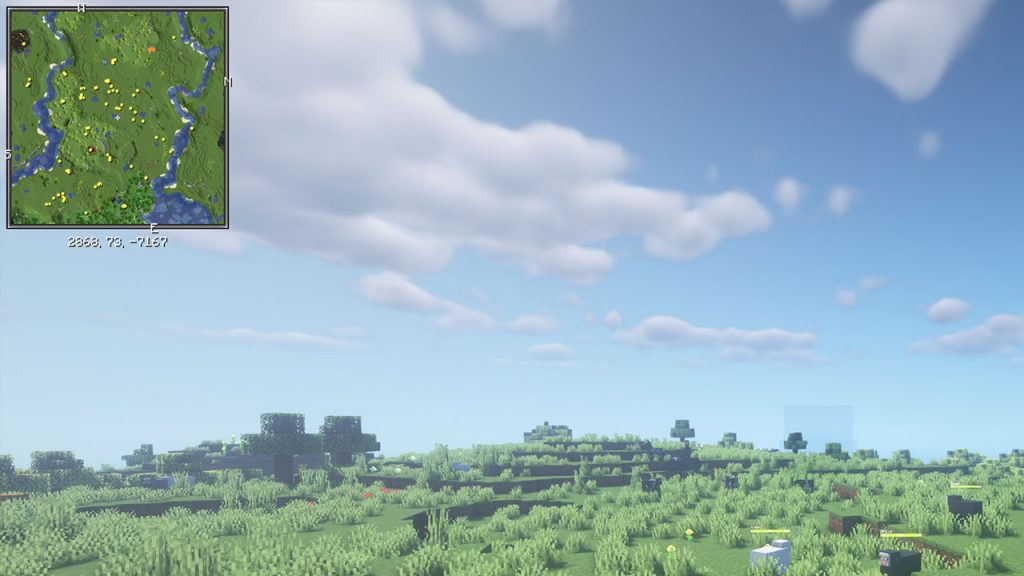 Xaero’s Minimap will help with exploring your Minecraft world. It adds a minimap to the corner of your screen, showing the area around you. There’s plenty of customization available, as you can choose whether it should be circular or square, whether to display the types of mobs that are around you and more. 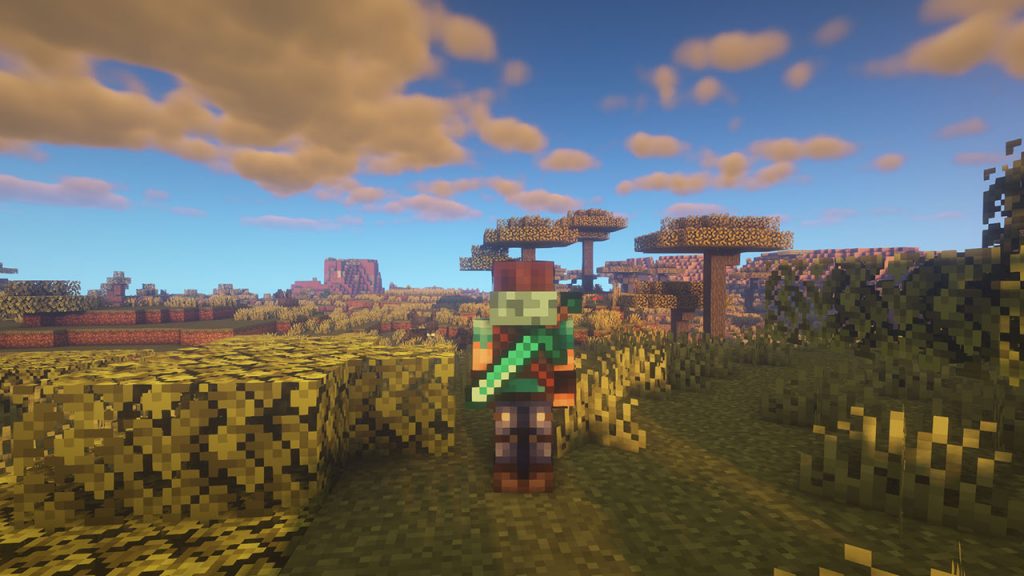 Back Tools will display the last used tool on the players back, which is a small mod that makes quite the difference to increasing the immersion of Minecraft. 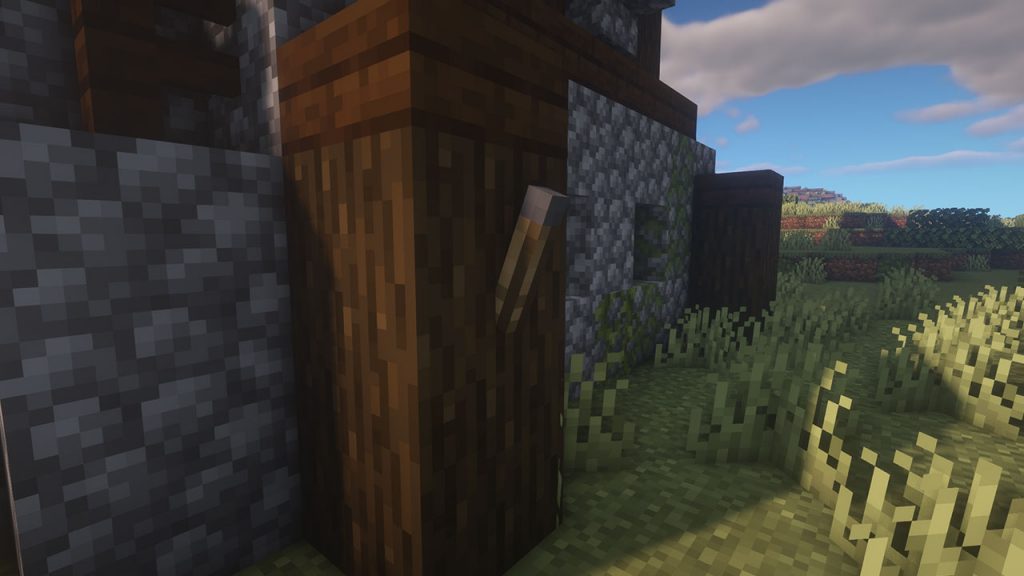 Realistic Torches will make a few mechanical changes to Torches, adding a layer of difficulty to them. From now on, Torches will be unlit when crafted, and will require a matchbox to light them. If they’re hit by rain, or an hour passes, then they’ll go out. 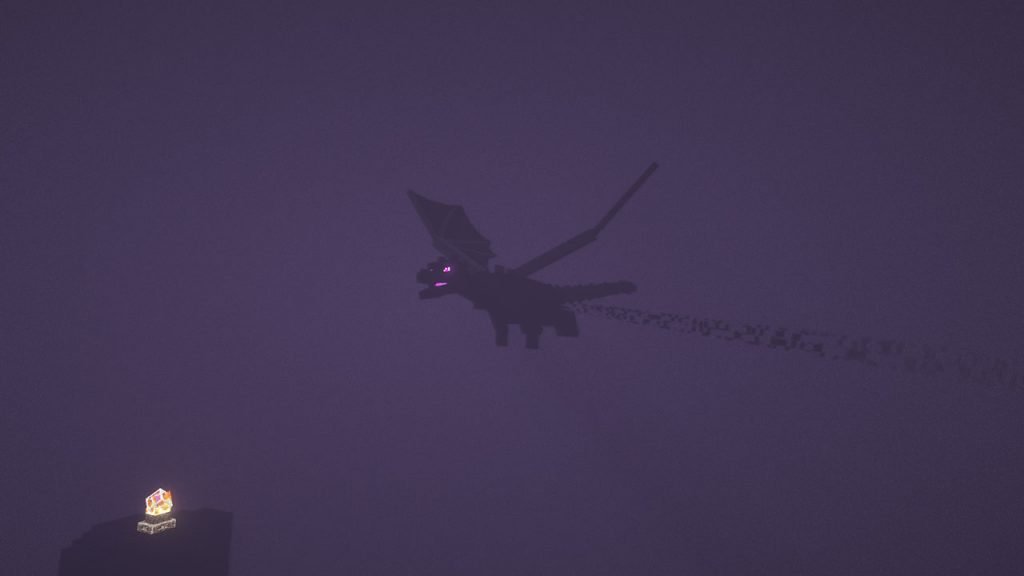 Progressive Bosses will increase the difficulty of the Wither and Ender Dragon each time you kill them. Instead of just increasing their health, they’ll have new abilities such as spawning minions, increased explosions, and add more Crystals to destroy. You can also expect to receive better rewards for defeating increased difficulties. 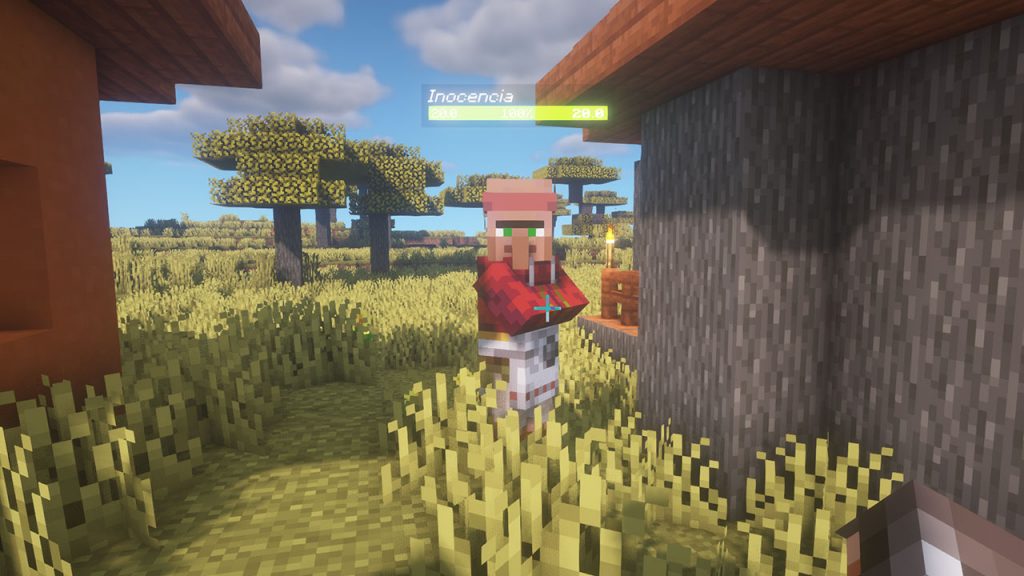 Villager Names is a small mod which will assign random names to all your Villagers. There are over five thousand names included, but you can also define your own. 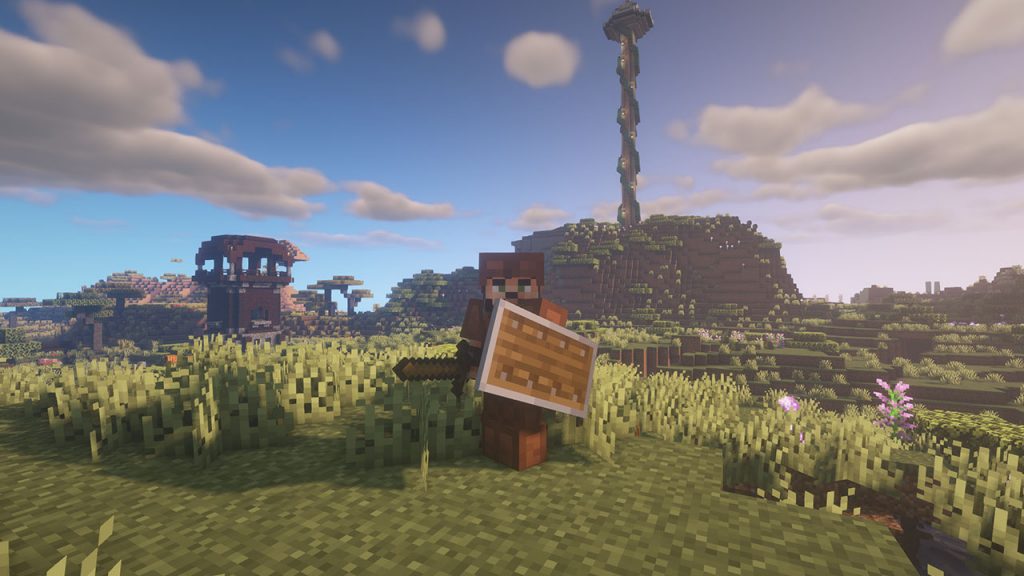 Starter Kit will help give an RPG feeling to Minecraft, as you’ll be able to choose which items players will start with. With the default settings, you’ll spawn with Leather Boots, a Wood Sword, a Shield and some Bread. But again, you can define your own items in the configuration files. 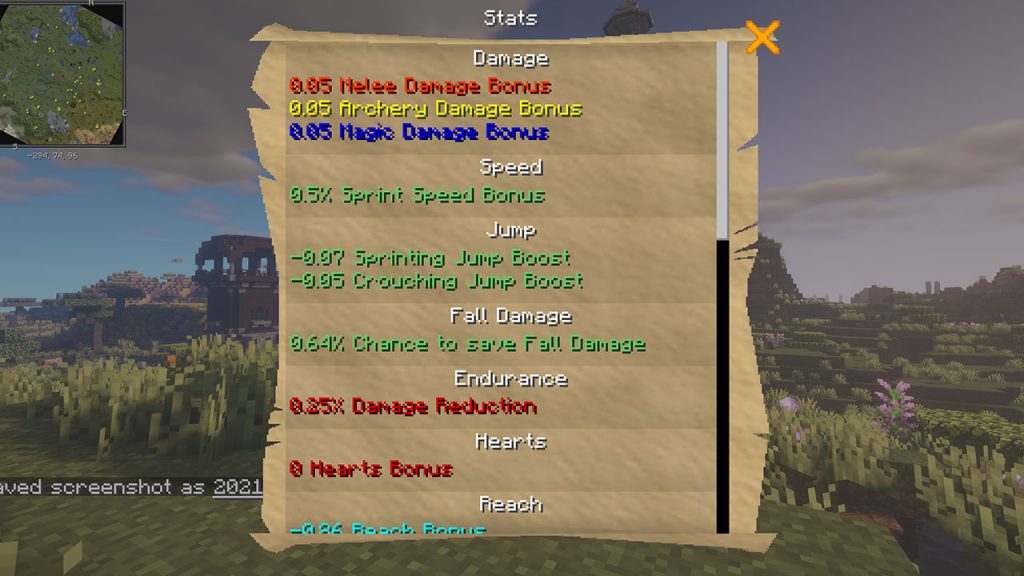 Project MMO is a large mod, adding quite a few mechanical changes to Minecraft. Now, you’ll have lots of skills which you can gain XP in my completing certain tasks. Skills include the likes of Mining, Woodcutting, Smithing, Crafting, Agility and a few others. As you level up your skills, you’ll be able to equip new items such as Armor and Weapons, and be able to place down new blocks. You’ll also get buffs for each skill, such as increased movement speed the higher your agility level, increased damage reduction for endurance and more. 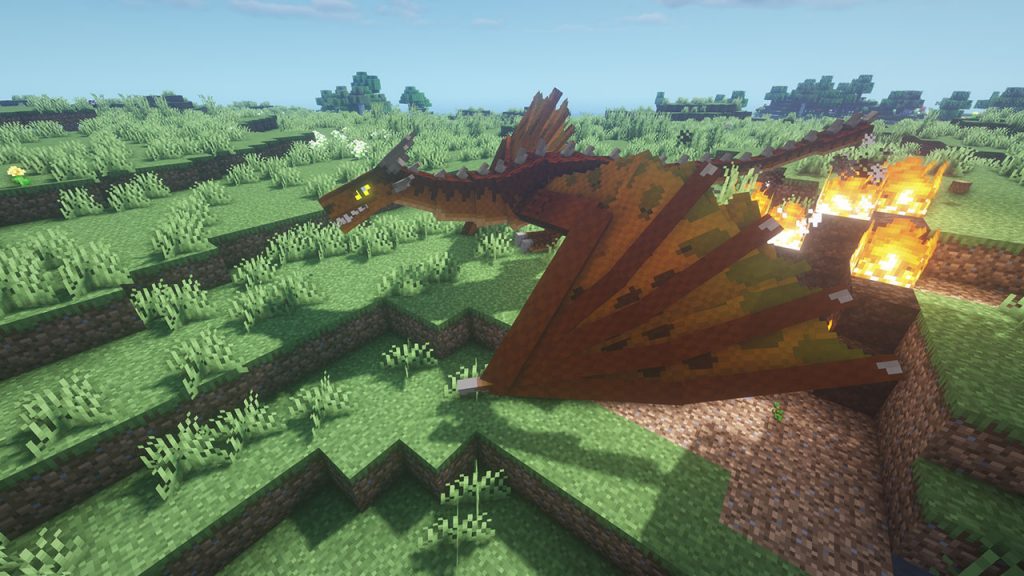 Ice and Fire is a huge mod, which would require its own video to talk about everything. You’ll now find Dragons in Minecraft which have many different types. These Dragons can be defeated for rewards, and the Eggs you find can be used to hatch babies who will be tamed to you. There are other mythical creatures too, such as Ghouls, Pixies, Gorgons and more who’ll spawn throughout your world and drop supplies which can be used for new armor, weapons and tools.