Turn Minecraft into a Horror Game

In this guide, we’re going to show you how you can turn Minecraft into a terrifying horror game. I’ve listed 10 mods below which help you do this, with each one adding new mechanics, items and mobs to the game.

You can click the heading on each mod to be taken to the CurseForge page where you can download it. We also have a video version of this mod list, which you can watch to see all these mods in action.

We’ve covered more content like this, including Minecraft Mods. All these mods where tested on Minecraft 1.12.2, alongside the Forge Mod Loader. Though some mods might be available for more recent Minecraft versions. 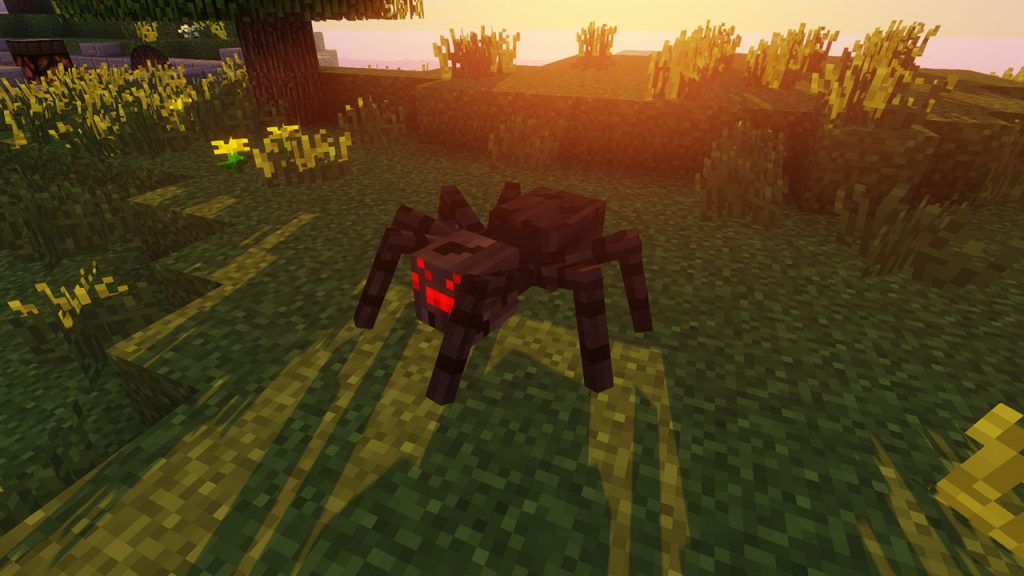 Mo’ Bends changes both bone structure and animations of a few mobs in Minecraft. The reason that it’s made this list is due to the way it changes Spiders. If you’re someone who’s afraid of Spiders, or have arachnophobia in general, then this mod is destined to make your Minecraft world just a little more horrifying. It also makes changes to Skeletons and Zombies. 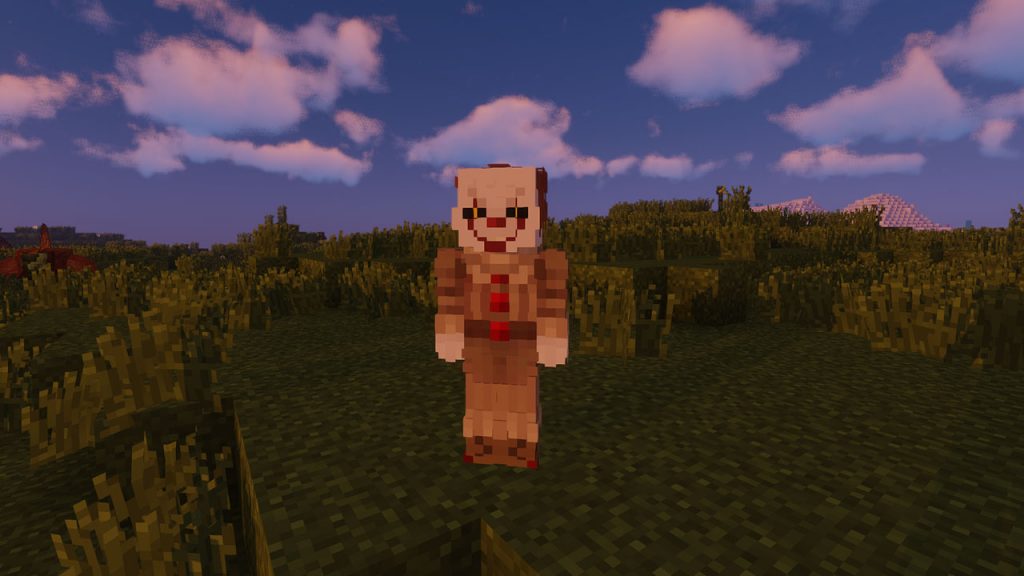 Next up is Horror Movie Monsters, which adds some famous Villains, some of which you might already know. Currently, the mod adds characters such as Jigsaw, Michael Myers, Jason Voorhees, Freddy Krueger, Leatherface, Pinhead, Pennywise, La Llorana, Annabelle and many more. The mod includes some sound effects too which are taken from their respective movies, which are terrifying in their own right. 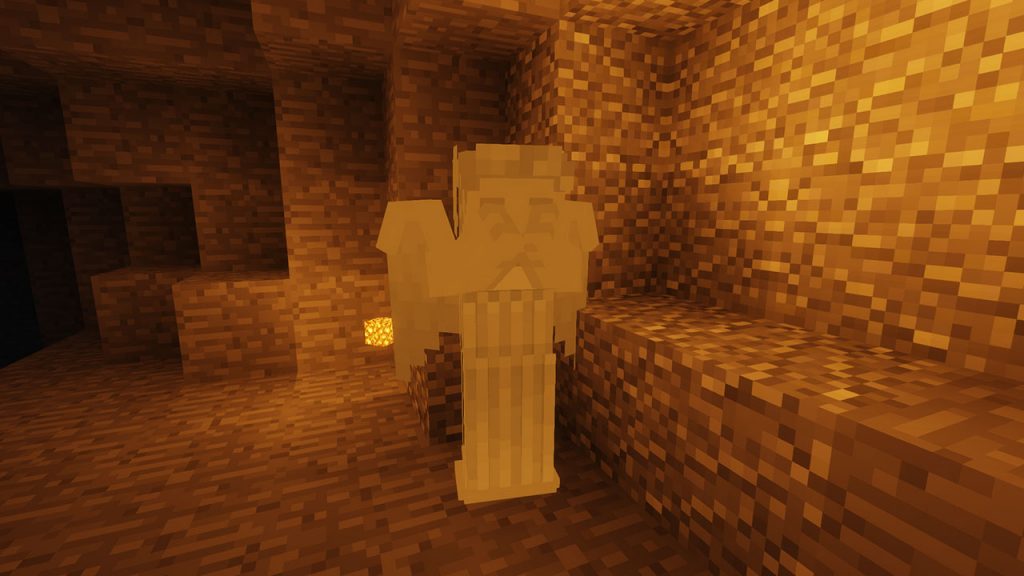 This is probably one of the most scary Minecraft mods on this list. If you’ve seen Doctor Who, then you might already be familiar with the Weeping Angels. They are statue like creatures, which will remove any light sources around them. When in the dark, or when you aren’t looking at them, they will slowly stalk you, waiting to attack. And when you look back at them, they go back into their statue-like state. 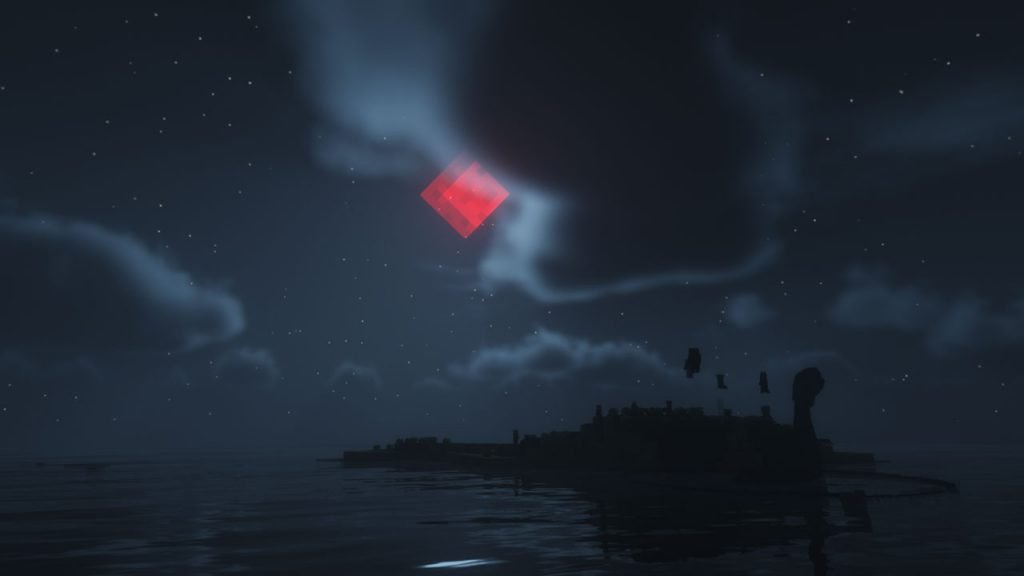 After installing the Blood Moon mod, there is a 5% chance for a red moon to spawn in Minecraft. Although you can change these settings in the configuration file so a Blood Moon can spawn every night. When a Blood Moon does happen, more mobs will spawn at night, and they will also spawn closer to the player. Even without the extra mobs, the Blood Moon gives a more atmospheric and horror appearance to Minecraft. 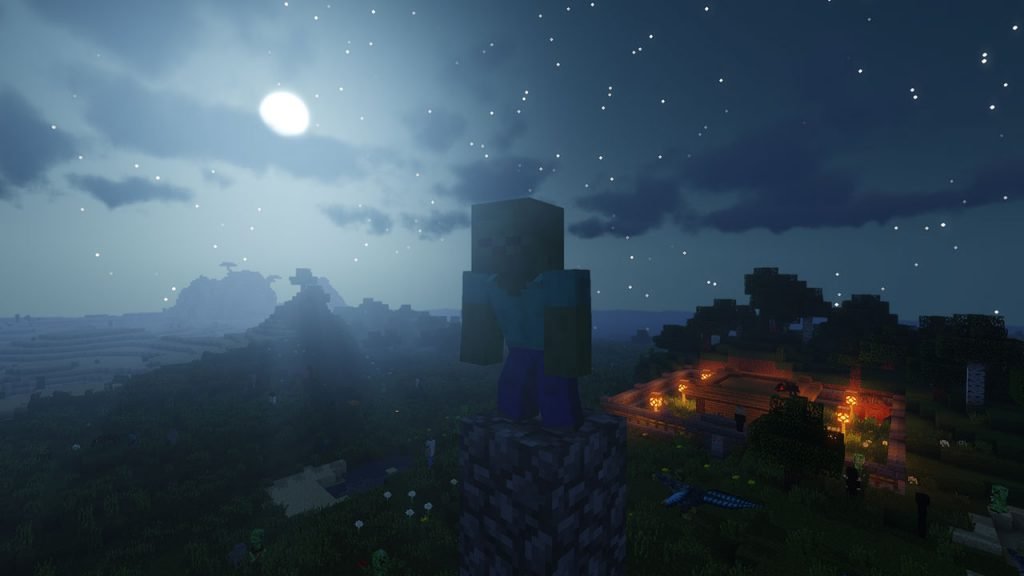 Epic Siege makes a lot of interesting changes to hostile mobs in Minecraft. First, Creepers can now spawn as Charged Creepers, and be able to breach any walls that you’re hiding behind. Zombies will be able to break blocks, as well as pillar up towards you. They can also infect you, causing Zombies to rise from the ground nearby. Other changes include Spiders being able to web you to the ground, and Enderman teleporting you around the game world. 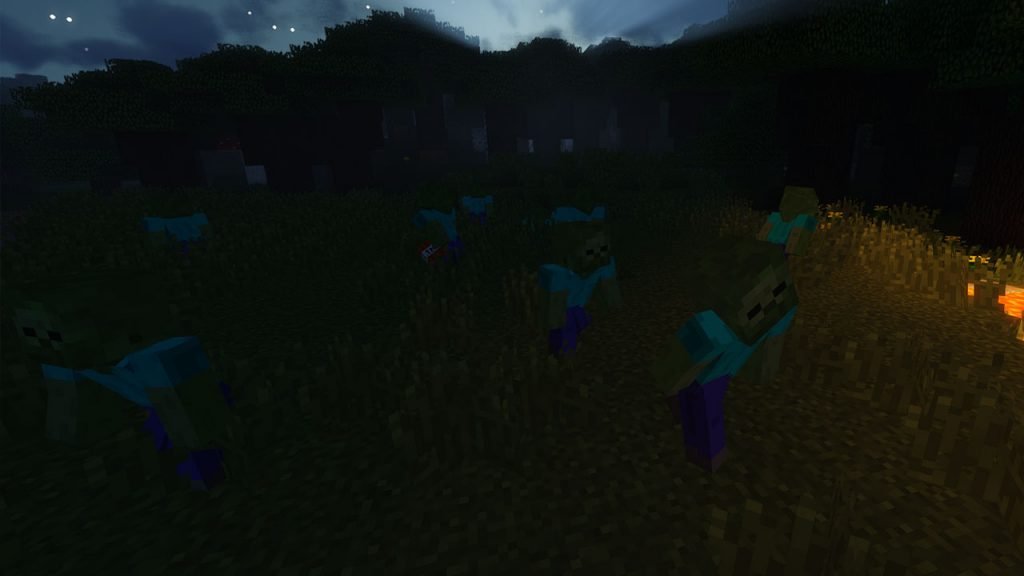 Zombie Awareness makes a lot of changes to Zombies in Minecraft, making them more intelligent and act like they’re inside of a horror game. Firstly, if you get hurt, your blood will leave a scent for other Zombies to follow you. Zombies will also investigate both light sources and sound sources, similar to the creatures in The Forest. Finally, some Zombies will have a speed boost, and Zombies will spawn in greater quantities, and packs.

Eyes in the Darkness 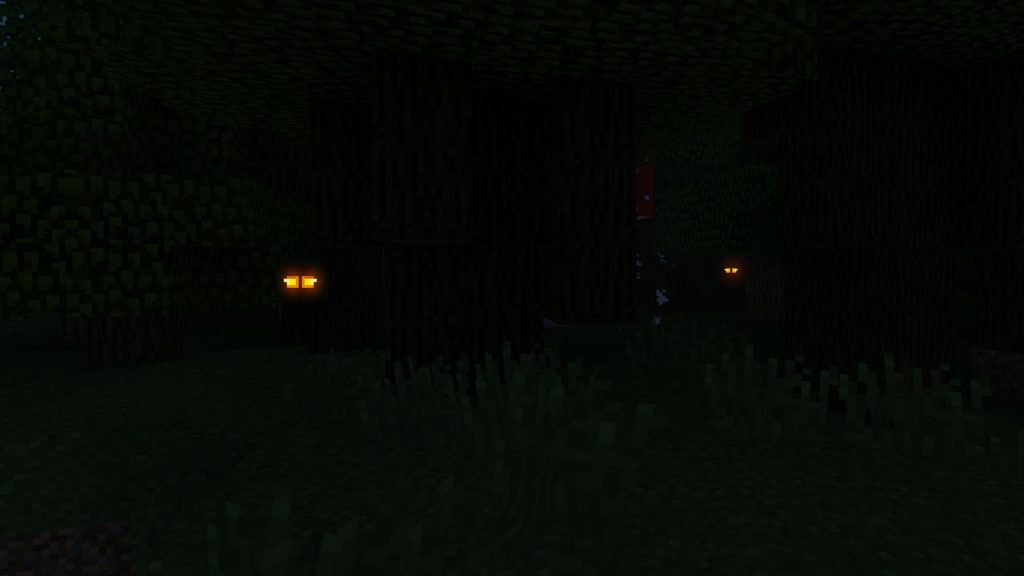 Adding some other scary mobs is Eyes in the Darkness. In the night, you will spot some glowing eyes, staring at you from the darkness. They let off laughing sounds, which is enough to scare you away. However, look away and they might just attack, leaving you scared. You can keep the eyes away by walking towards them, causing them to vanish and let off a high pitched laughing sound. 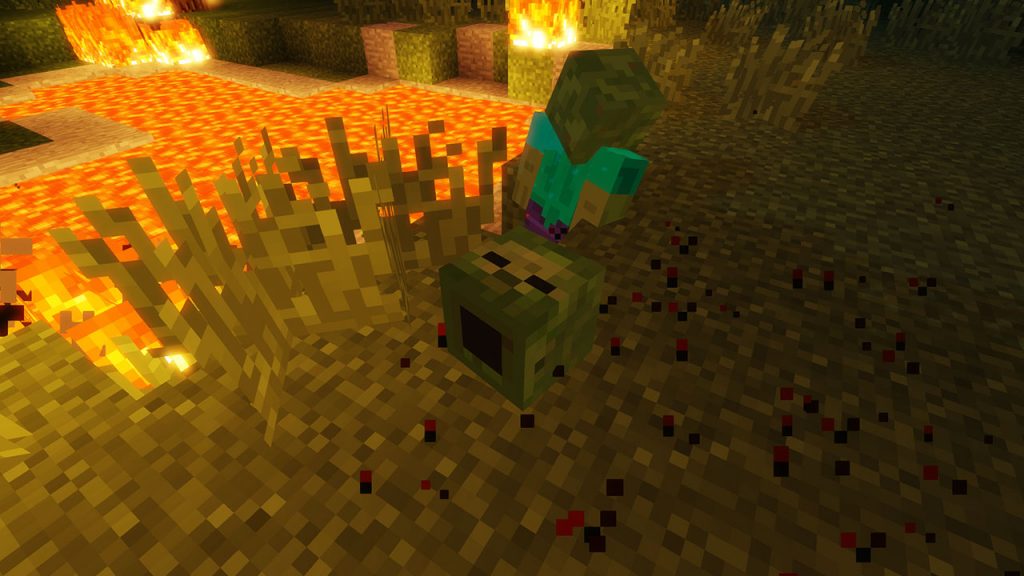 Mob Amputation allows you to take the arms and heads off some enemies in Minecraft. Currently, these include Skeletons, Zombies and Zombie Pigmen. It also includes blood, and headless mobs will die a few seconds later. There are different tools which have different chances of causing an amputation. Although I have noticed a compatibility issue when using this mod with Mo’ Bends above, so you are best picking one of the two. 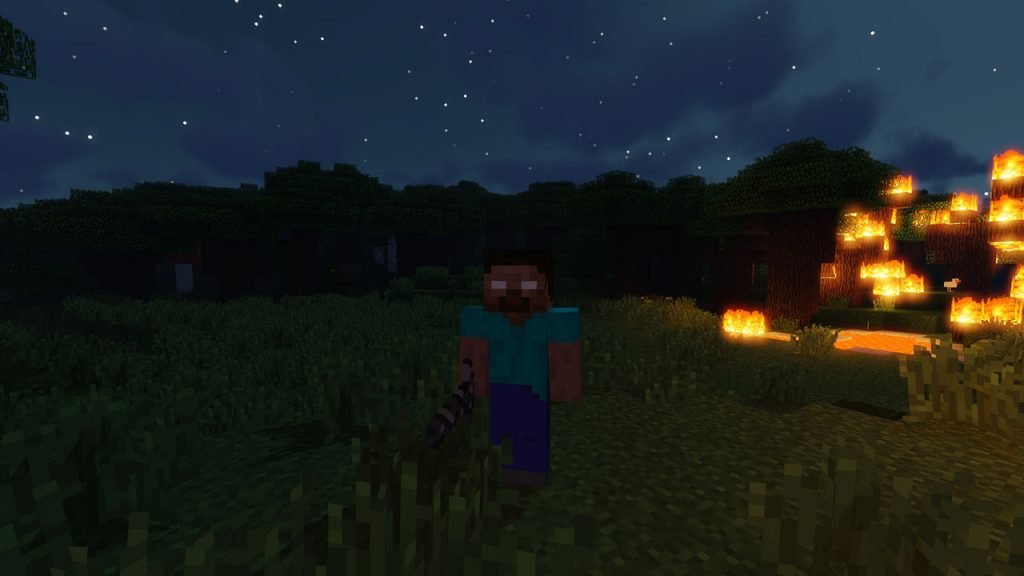 You can’t turn Minecraft into a horror game without thinking about Herobrine. The Legend of Herobrine allows you to summon him into your game world, as long as you build a shrine first. Only then will you be hunted by Herobrine. This mod also adds some new structures and items, including a Survivors base, Cursed Forests, new swords and multiple NPCs (which are different variations of Herobrine). 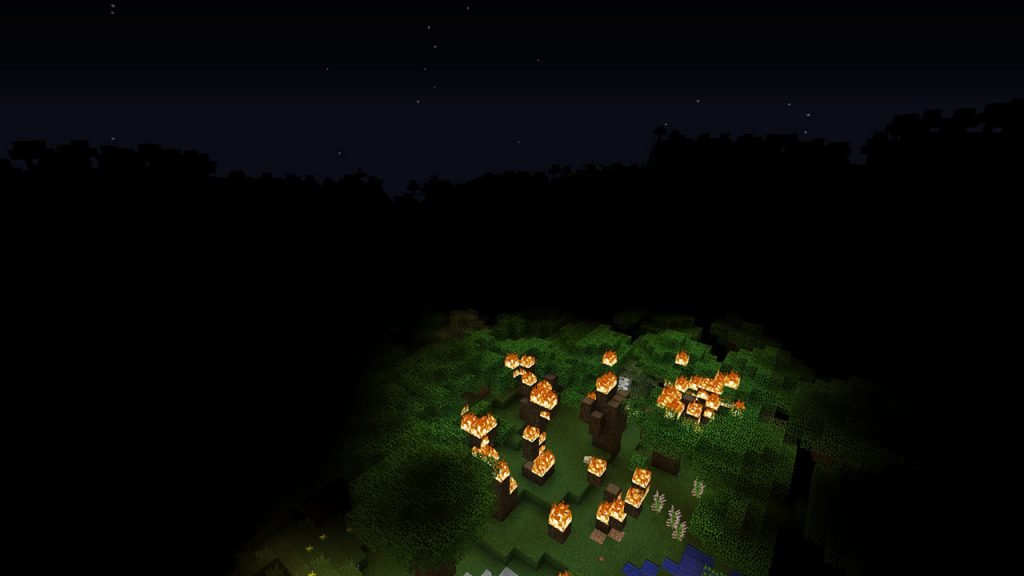 The final mod to make this list is Hardcore Darkness, and will make one of the biggest improvements to turn Minecraft into a horror game. It removes the minimum block and sky light, making Minecraft completely dark unless there’s a light source. Overall, this mod will make exploring Minecraft at night more terrifying, as you don’t know what, or who you’re going to run into. I’d recommend installing Optifine with this mod, so that you can use the Dynamic Lighting feature to hold a torch.