In this list, we’re going to take a look at some of the best graphic mods currently available for Skyrim on Xbox One. These are mods which will primarily change the visuals and textures of the game, with the aim of making it more realistic and immersive. 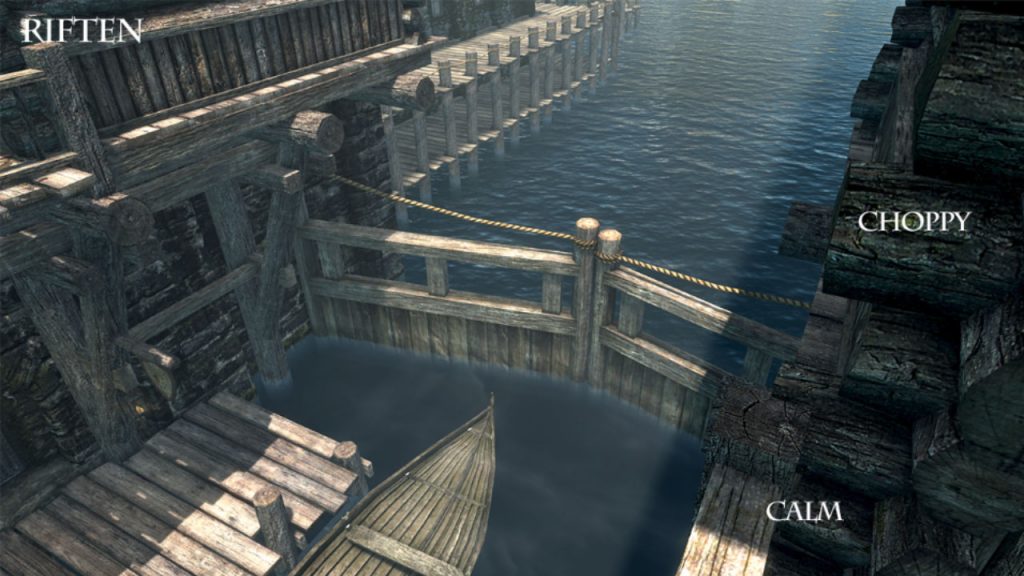 First up is Realistic Water Two, which is a mod for Skyrim which aims to completely overhaul most water sources in the game world. Some of the biggest changes it makes includes new ambient sound effects, better animations of rowboats, changing of flow direction, higher resolution of textures with realistic effects and more. There’s so much included in this mod, with it not just effecting generic water sources, but even streams that run through quiet areas. 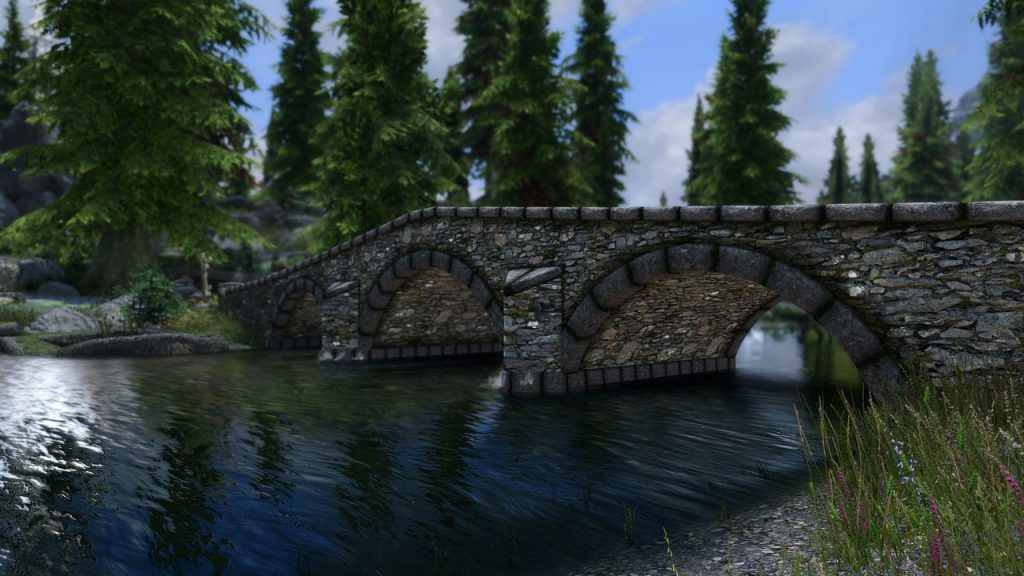 Skyland is a texture replacer for Skyrim, adding all new diffuse and normal maps into the game. They’re realistic, due to it containing materials which are generated from photogrammetry. The textures are high in resolution too, being 1024 x 1024 in size. Overall, it replaces a load of important textures, including Caves, Roads, Bridges, Mountains, Snow, Coastal Areas and more. 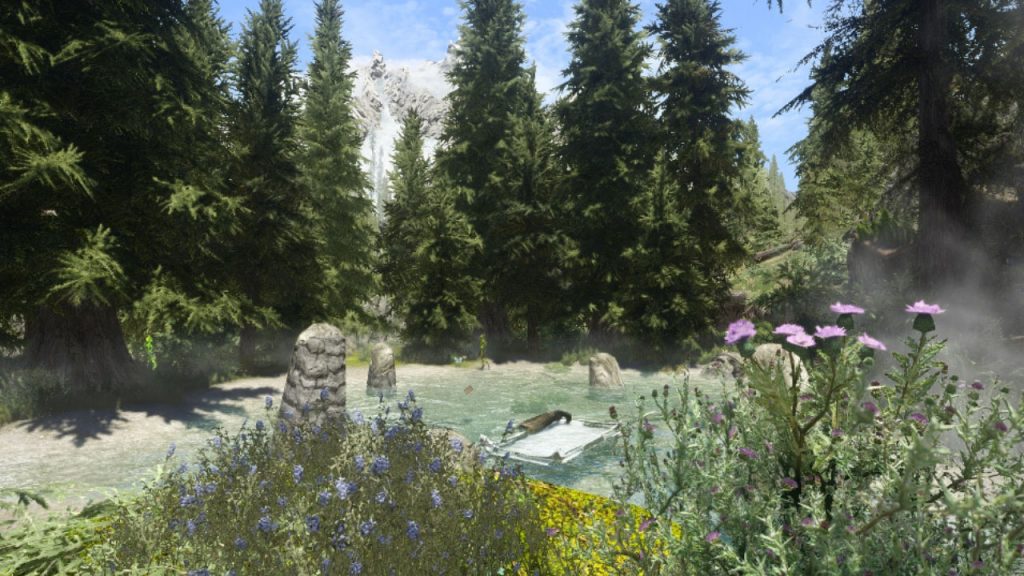 Next up is Lush Overhaul, which works on replacing all the trees and plants in your Skyrim world. The main change it makes is by changing the mesh, making the plants seem thicker and more realistic. In my opinion, changing the plants is one of the best ways to change the graphics in Skyrim, and to make the game feel more alive and immersive. 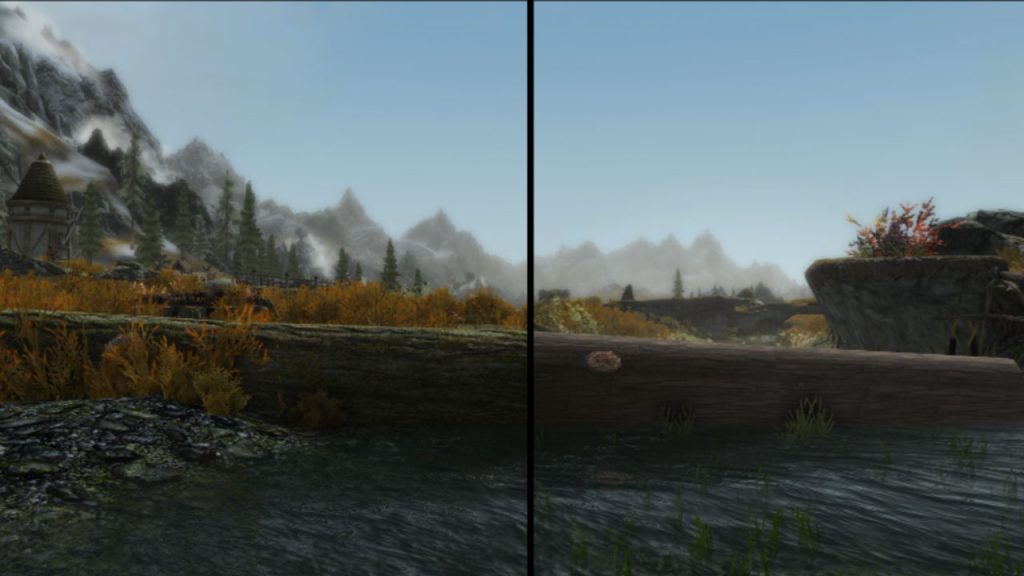 Skyrim Graphic Overhaul is a large mod, but mostly because it’s a combination of many mods from other developers, all packed into a single file. When installed, you can expect to see many of the games textures replaced, as well as additional items and meshes too. Most of these improvements consist of new plants and trees, snow, hair bump maps, better smoke and more. 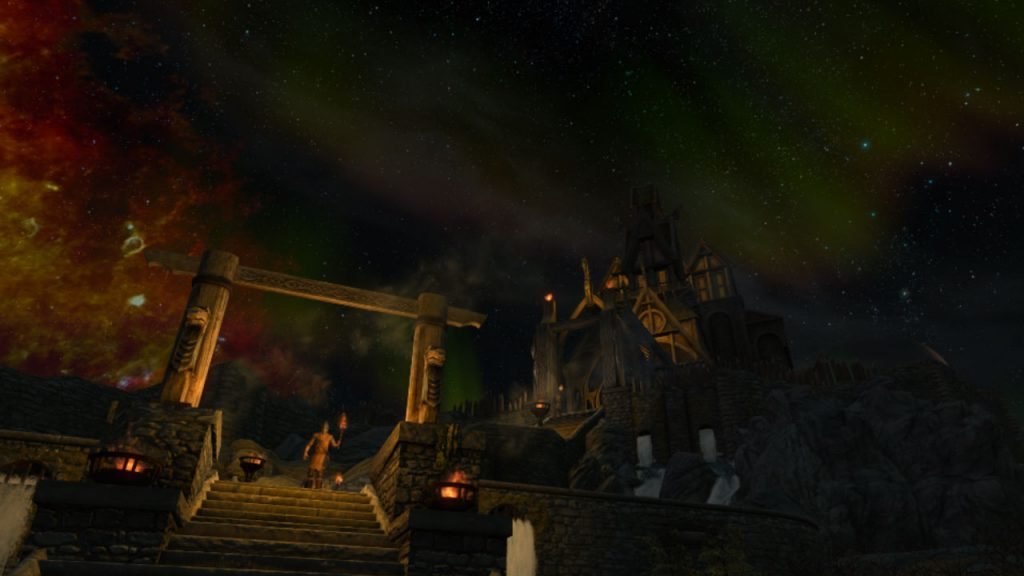 If you want to change the night sky in Skyrim on Xbox One, then look no further. This mod will make the sky be completely different, as now there’ll be more stars which are also a higher resolution. There’s also a large nebula, which will always be visible. Thankfully, it’s also compatible with Darker Nights which is another popular mod. The developer of Enhanced Night Skyrim says you shouldn’t expect to see a loss of frames. 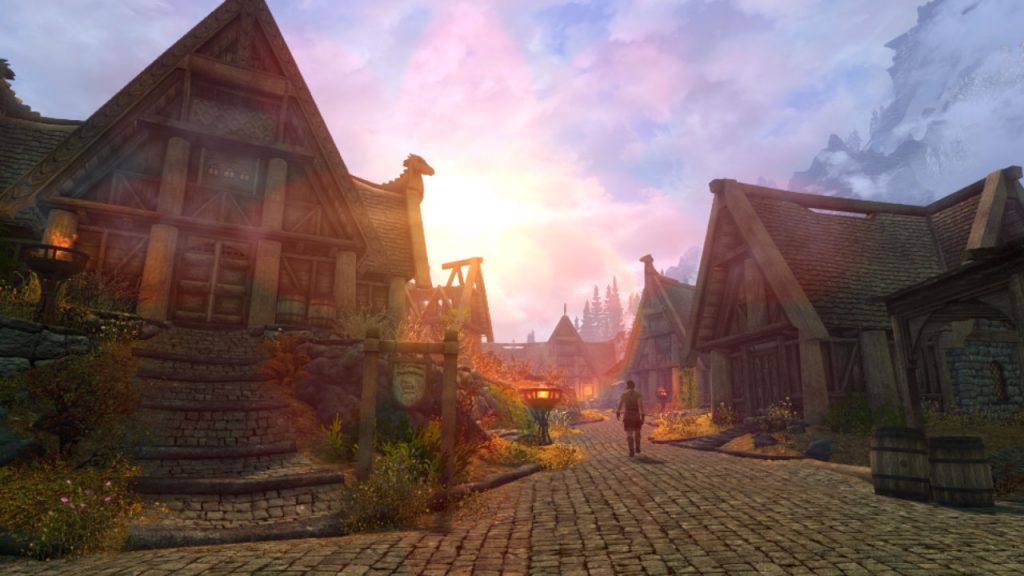 Surreal Lighting makes quite a few graphical changes to Skyrim. Some of the largest changes including adding lens flares from the sun, adjustment of god rays and changing the contrast, brightness and saturation. Overall, the lighting in Skyrim should feel a lot more vibrant, colorful and realistic. Although it may not be too good a choice if you want the game to feel darker and gritty. 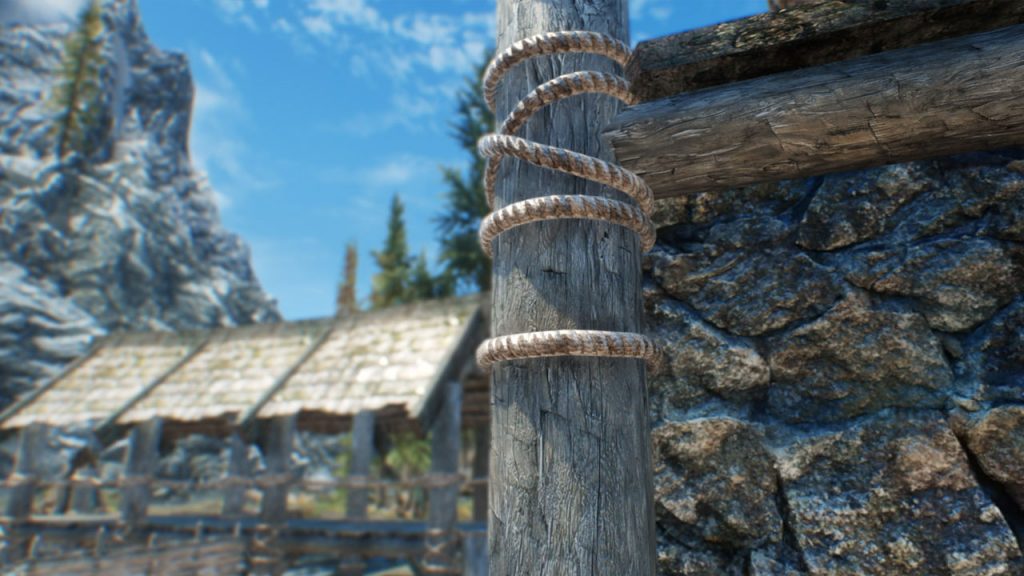 One of the most well known Skyrim mods has to the Static Mesh Improvement Mod (also known as SMIM). Originally a PC mod, it’s now been ported to the Xbox One. It completely overhauls over 1000 3D objects and meshes in Skyrim, used in around 40,000 locations, giving them a new look which looks much more realistic. Instead of fences and ropes being 2D wrapped planes, now they’ll actually be 3D. Although it could come at a performance cost. 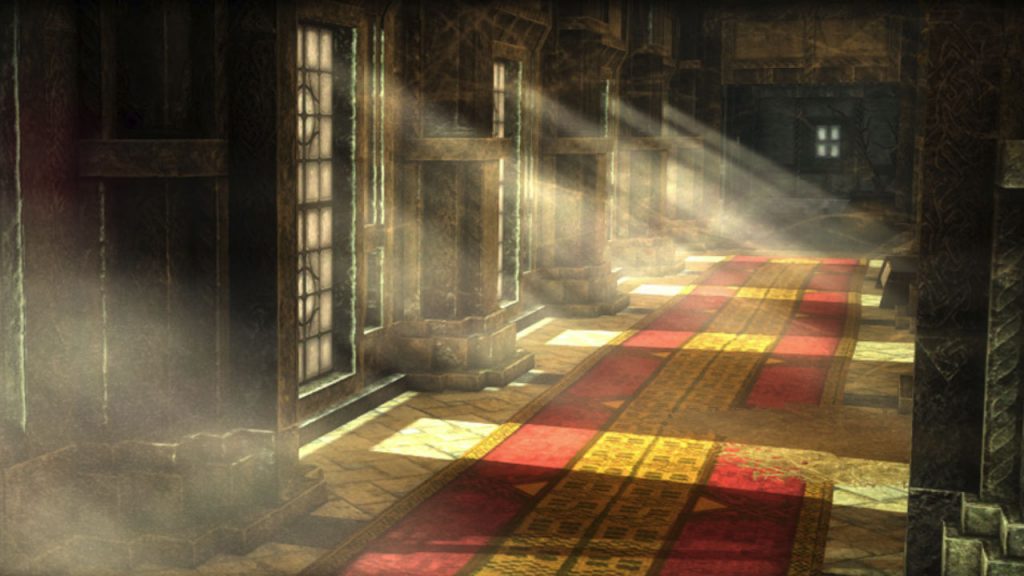 Another great lighting mod is Enhanced Lights and FX. Instead of changing some post processing effects, it changes actual light sources. Now all light sources have actual lights, and appropriate smoke and volumetric effects like god rays. There’s also a few add-ons available for this mod, which can make dungeons and other interiors a little darker. 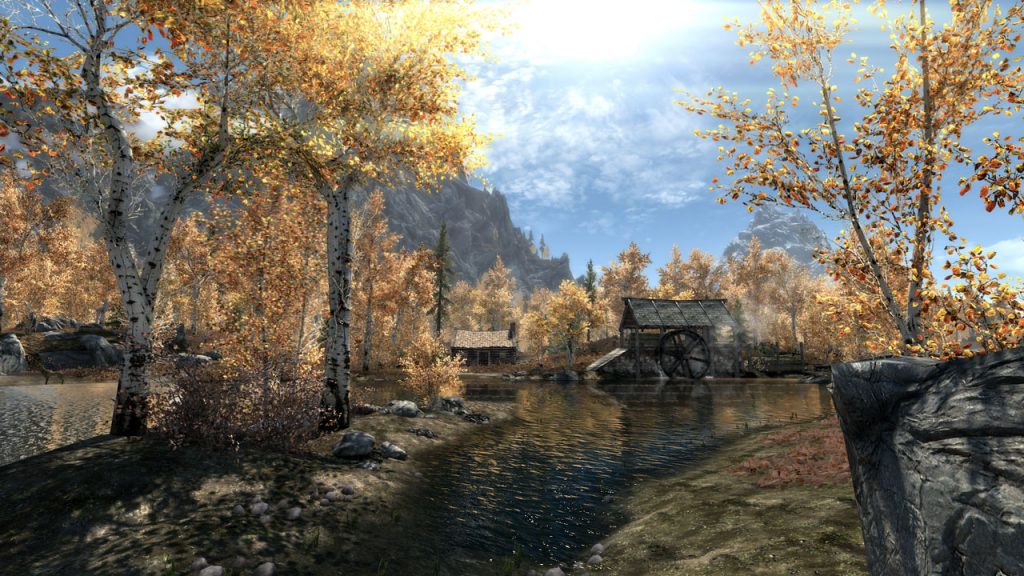 While not directly changing the vanilla textures of Skyrim, Obsidian Weathers will make massive improvements to the game world. In total, it adds around 90 new weathers, while also making some graphical changes such as new sky lighting, tree illumination and rolling fogs. There’s also some seasons added too for Spring, Summer, Autumn and Winter. The seasons alone should make the game feel more immersive, and realistic to explore in. 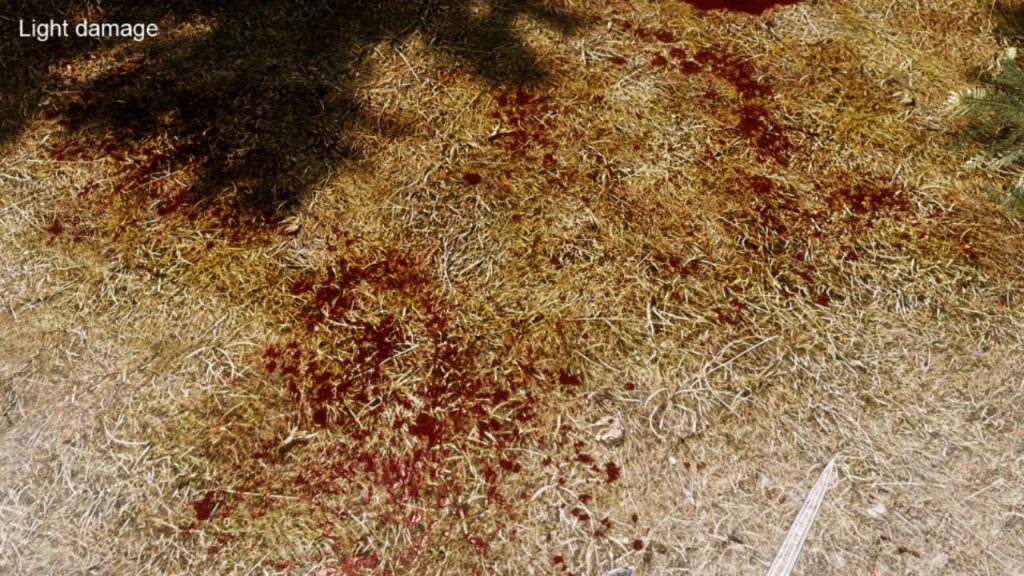 The final graphics mod to make this list is Enhanced Blood Textures. It makes for a more realistic, yet gruesome fighting experience as the resolution and detail of textures is massively increased. This is actually the most downloaded graphics mod on Bethesda’s website, so don’t skip out on it.