In this list, we’re going to show you some of the best mods to install for Skyrim on Xbox One that make changes to Horses! These mods might either add new breeds of Horses, adjust the appearance of existing ones or add new mechanics. 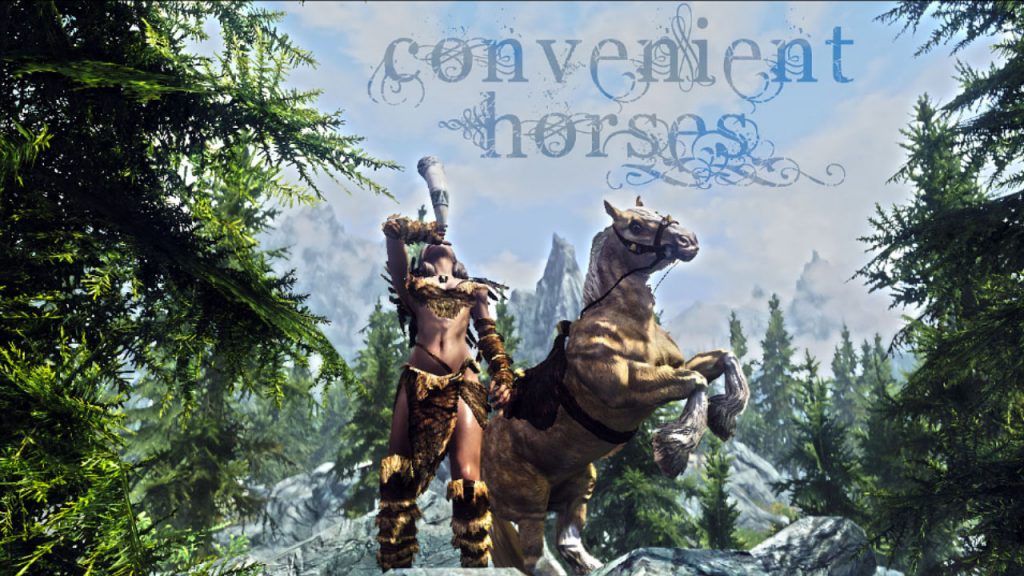 First up is Convenient Horses for Skyrim. Originally a PC mod, it’s now made its way over to the Xbox platform. It aims to completely overhaul the horse system in Skyrim, adding many new mechanics and features. These include horse attribute training, dialogue interaction, stabling, naming, combat charge, ability to harvest ingredients while mounted and a few other changes. There’s an introductory quest included to get you started with the mod too. 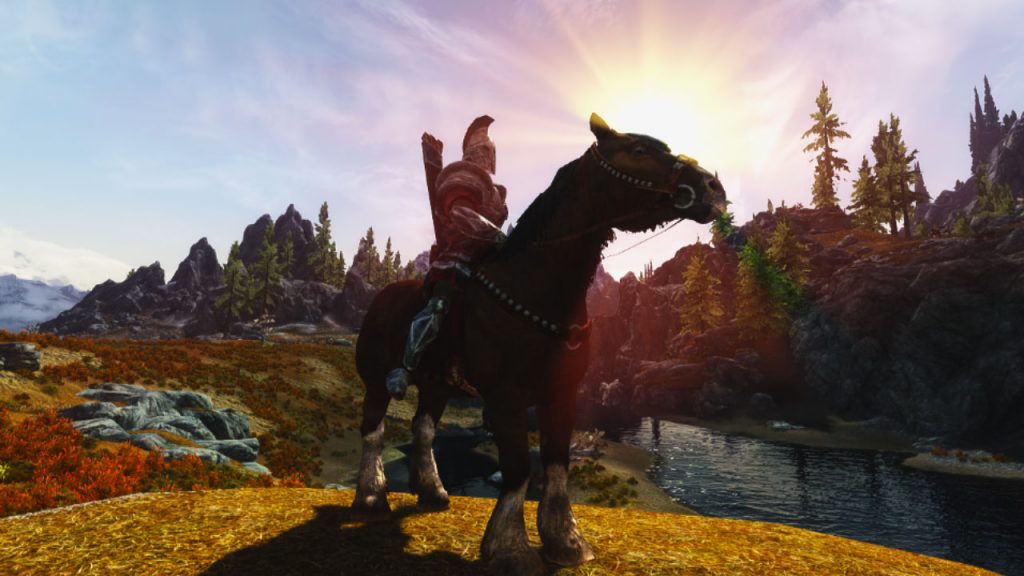 Another mod which makes some mechanical changes is Better Horses. It adds a few new features which include increasing the amount of stamina horses have, so that they can run for much longer. They’ll also have a slightly increased movement speed, to replicate the speed of real horses. Finally, they’ll be rendered essential preventing them from dying, and will always flee from combat. 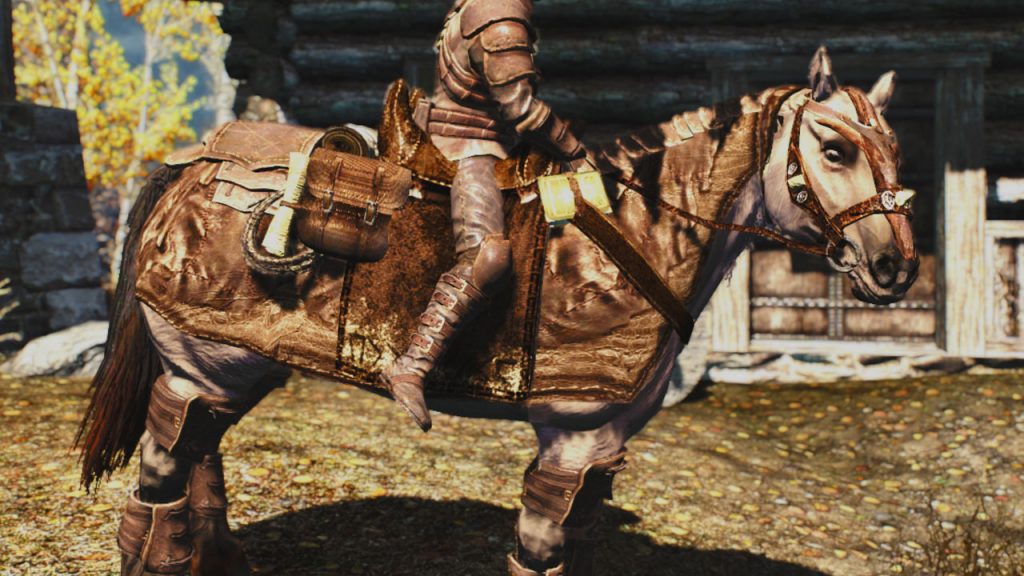 This mod has been ported from PC after development was ceased. It allows your horses to wear armor, with a few different sets included. These are Nordic Steel, Dwarven, Ebony, Leather and Dragonbone. To get started with this mod, head to the Whiterun Stables where you can find an NPC guide. The developer of this mod for the Xbox version has stated that it’s not compatible with recoloring mods, and might also make your horses invulnerable to dying. 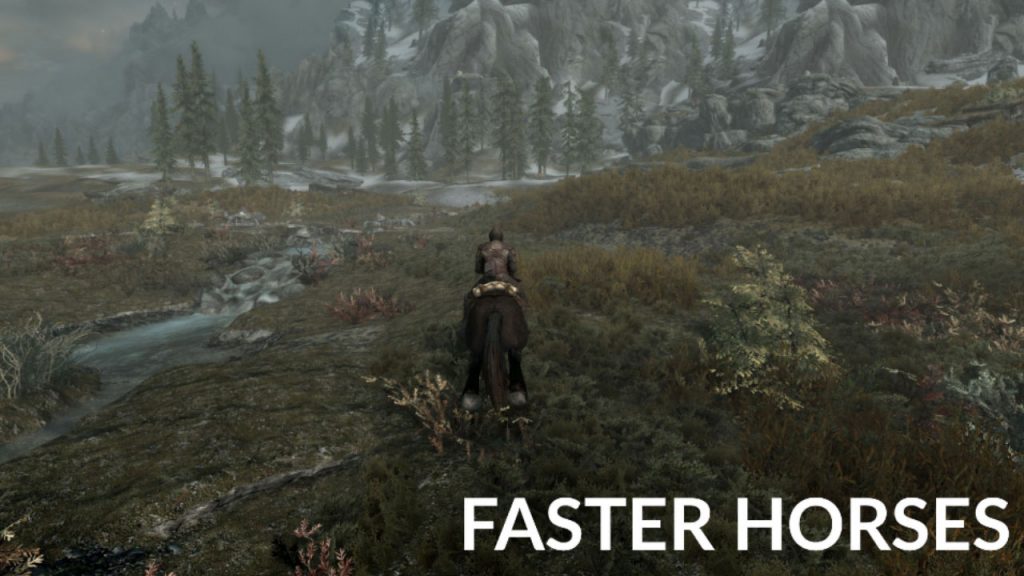 If you feel horses are too slow in Skyrim, then you may want to install this mod. When walking, the base speed of Horses are increased from 125 to 150. At running speed, they’ll now have a speed value of 600, compared to the default 450. Whereas when it comes to sprinting, the movement speed will be 900, compared to 600. So overall, it makes some pretty big improvements and adjustments. 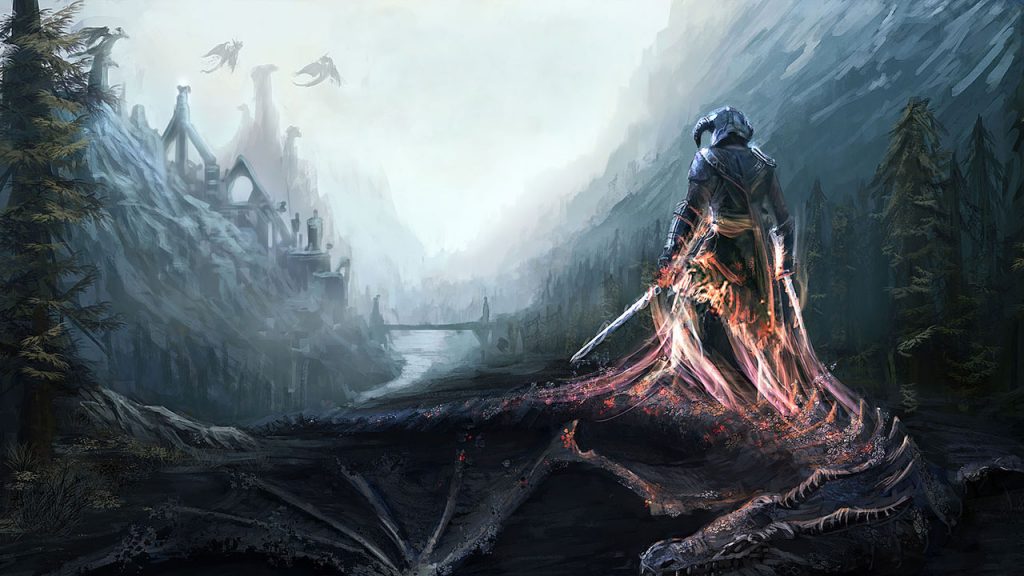 Immersive Movement doesn’t just make changes to Horses in Skyrim, but all sorts of animals and creatures. Overall, it attempts to make the movements more realistic, as well as immersive. Though when it comes to Horses, they’ll be more of a requirement, as the mod also makes the movement speed of the player a bit slower. The speeds of the horses are increased significantly, and the overall responsiveness and feel of the Horses should be improved when compared to vanilla Skyrim.

READ:  Best Clothing Mods for Skyrim on Xbox One 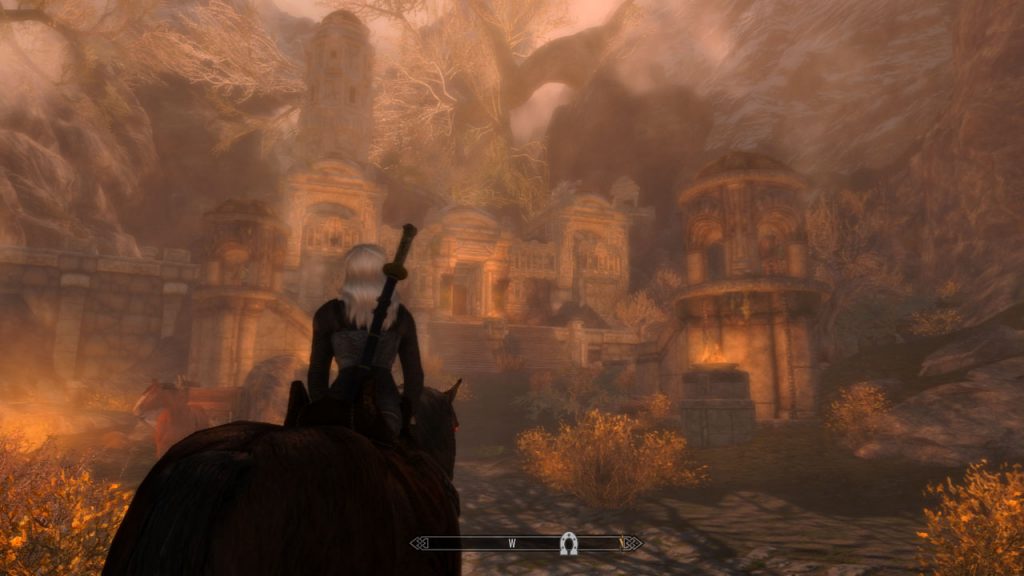 The developer of this mod said that they weren’t happy with the camera position when riding horses in Skyrim. For that reason, they’ve went ahead and created a mod which makes the camera more centered to the player, as well as being closer. Now, the camera should appear like it’s sitting over the shoulder. 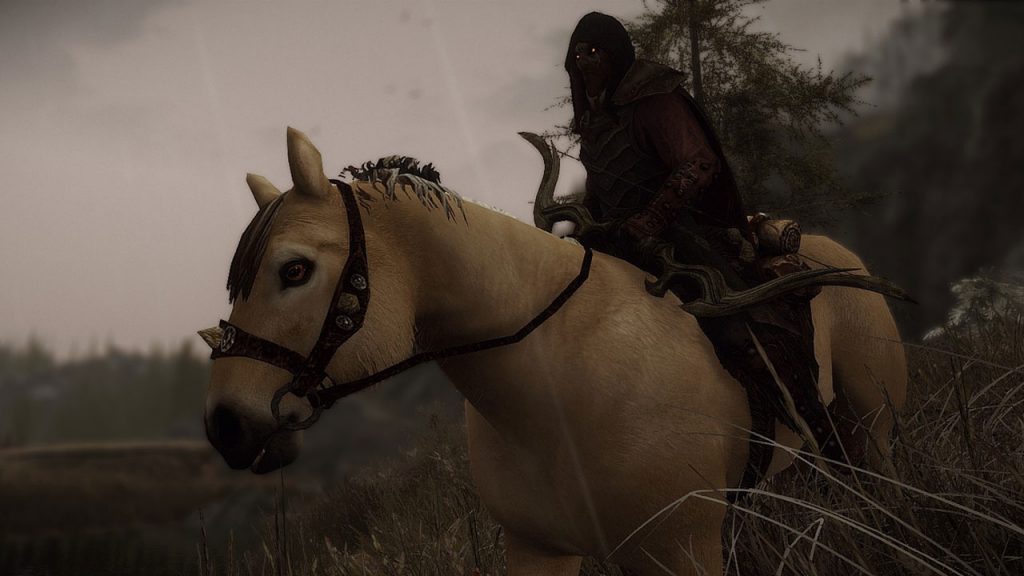 The Realistic Horse Breeds mod makes a lot of visual changes to horses in Skyrim. Firstly, it adds more realistic textures which are a higher resolution (2K in size). There’s even new eye textures, with each breed having a different color. New breeds of horses are made available, such as the Fjord Horse, Black Fell Pony, Grey Fell Pony, Pinto Horse and Xmoor Pony. It should make riding horses feel more unique, as each breed will also have different bodies, eyes and manes.

3: Four Horses of the Apocalypse 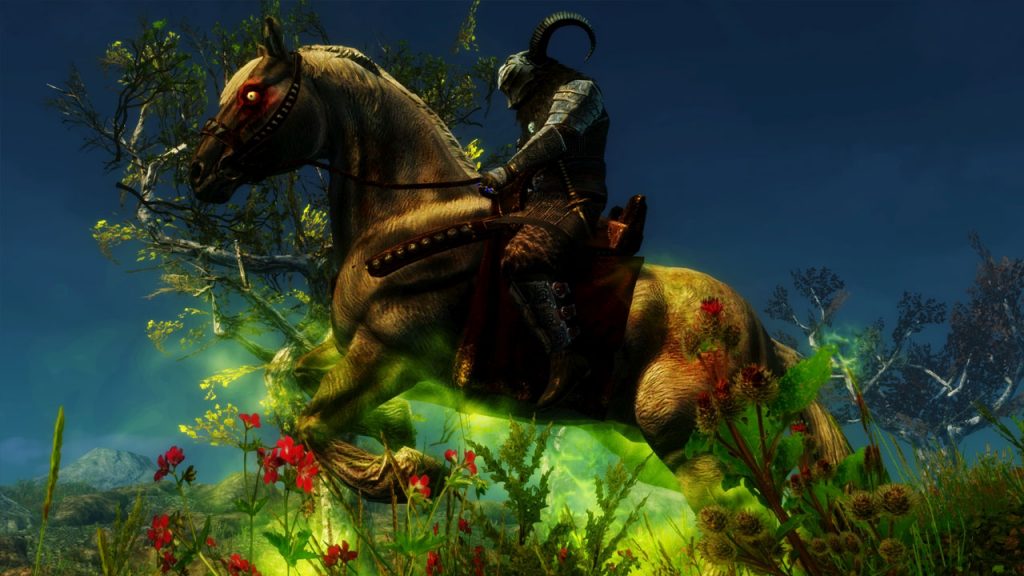 Another interesting mod is the Four Horses of the Apocalypse. These are new horses, which can be summoned anywhere, have custom textures and visual effects, and also have some special abilities. These abilities include burning enemies nearby, emitting toxic clouds which cause deadly diseases and sending locusts to to swarm and attack enemies. The developer of this mod got their inspiration from Red Dead Redemption Undead Nightmare. 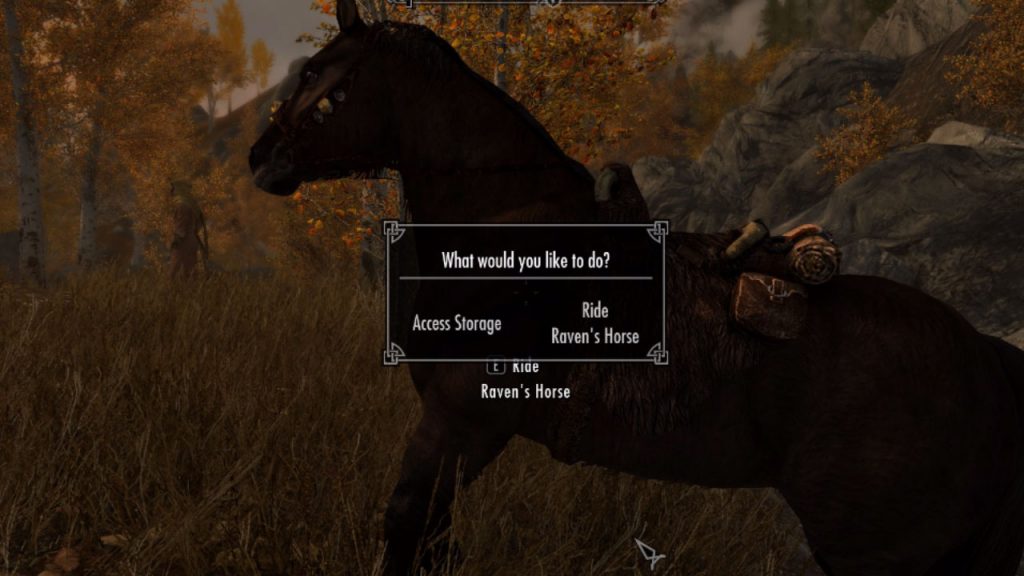 This mod will add a storage container to your last ridden horse. You can access it by crouching whilst interacting with your horse. There are two different options when it comes to this mod. First is having unlimited storage, where all horses also share the same storage container. Otherwise there’s individual storage which is limited, where each horse has its own items and limited carry weight. 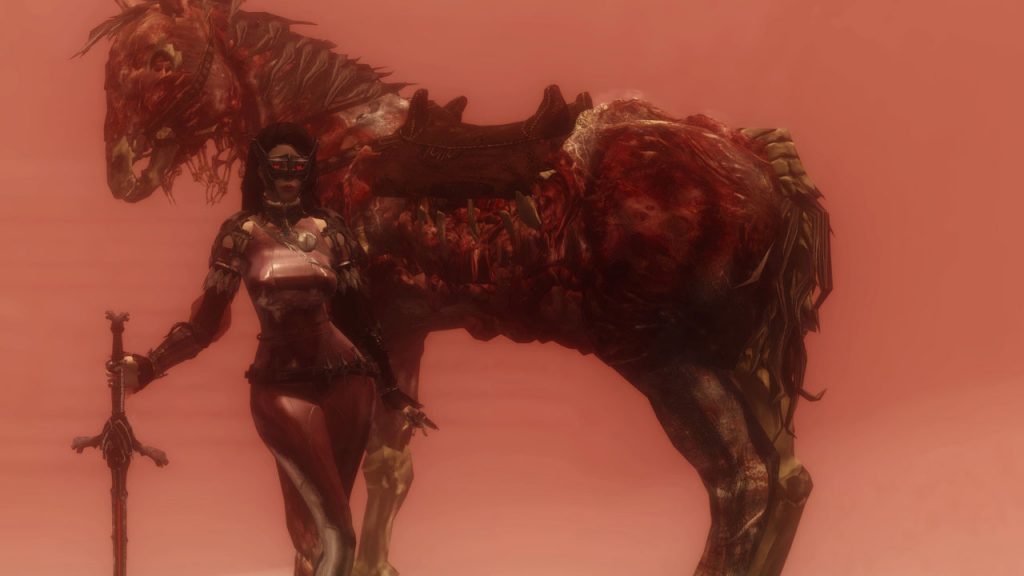 Finally, we have the Zombie Horse mod for Skyrim. Originally seen in the Elder Scrolls Online, it’s now made its way over to Skyrim on the Xbox One. To summon the horse, you’ll need to buy a spell from Falion. Overall, the Zombie Horse is a little faster than regular horses, and also immune to fire damage.