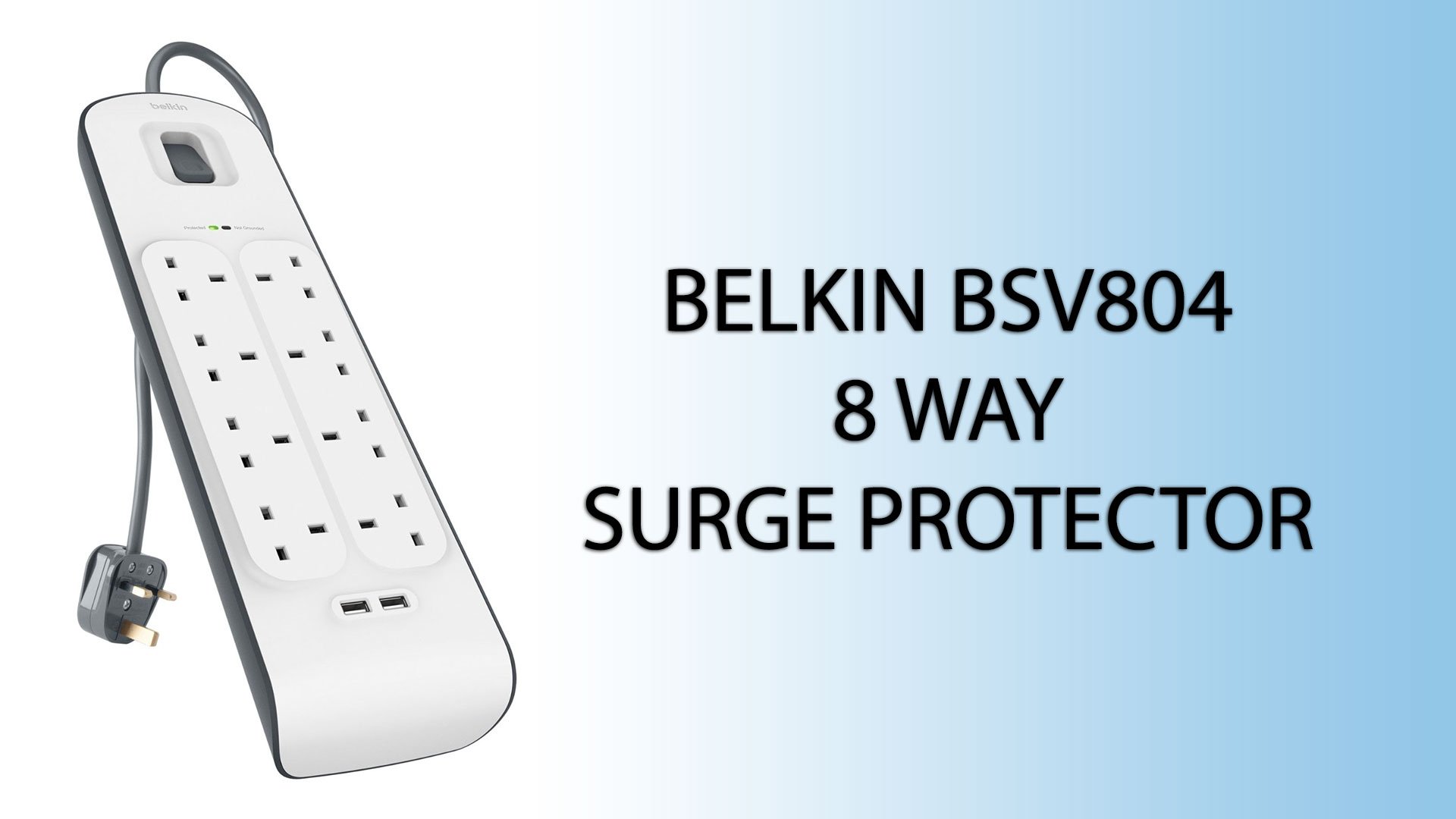 When Christmas came around, I got a few new electrical items such as the Amazon Echo and some new smart bulbs. All these new devices meant I had to upgrade from my 4 way extension lead to an 8 way. I also decided it was the perfect time to get a surge protected extension too. All this led me to buying the Belkin BSV804.

What is surge protection?

In short summary, surge protection will offer protection to your devices against power spikes up to certain amounts of joules. The BSV804 offers 900 Joules of surge protection. Obviously, the more joules the better in this case. Surge protectors can often have a warranty supplied with them. Companies such as Belkin will repair/replace an item up to a certain amount if it has been damaged whilst connected to a surge protected power strip. However, if you will ever receive any of this money or how complicated of a process it would be is another question.

A common theory from most people is that the main cause of surges is lighting. Whilst lightning does cause large surges and can damage electrical items, you should know that surge protectors aren’t able to protect your devices due to the amount of power they give off. The only way to protect your items in this event would be to unplug them! Electrical spikes are mainly caused by devices in your home which use a lot of power. You can usually tell which items I am talking about, when you plug in a vacuum cleaner, you may notice the lights flicker. Devices like these use a lot of power and put strain on to the grid, which in turn can cause a power spike. This is why a surge protector is important. Especially for expensive and electrical devices such as Computers, game consoles and televisions.

About the Belkin BSV804

I purchased this extension lead from Amazon UK, for £22.99 back in December. It has a 2 metre long cable, which wasn’t a great amount, but after a lot of desk manoeuvring I made it work. The BSV804 can hold a total of 8 plugs and dual 2.4AMP USB ports for charging equipment such as mobile phones and tablets. Belkin have a wide range of these extension leads available, each offering a different amount of outlets and different amount of joules protection. Belkin’s BSV804 offers a total amount of 900 Joules of protection.

The BSV804 is extremely bulky, it’s huge. Of course, this is expected when it holds 8 plugs and 2 USB Ports all with surge protection. Thankfully, it has a sleek and modern design consisting of a white front and grey back. It also has soft rounded edges so if it’s under your desk you don’t have to worry about accidentally injuring your foot. Included with this extension lead is a £60,000 connected equipment warranty.

One issue I had when first getting this extension lead was that the plugs where a nightmare to get in. I’m not sure if maybe it’s because it was brand new or not, but I had to really push in order to get the plugs to actually go in. I’ve gone back quite a few times to the lead because electronics have not been working to notice a plug still wasn’t all the way in.

Another great feature is the two LED’s on the front. Firstly, a green LED that will let you know if your plugs are protected or not. I’d assume this will go out if they are no longer surge protected. Secondly, there is a red LED which will alert you if it is grounded or not. Assurance is nice, it’s great to know if you’re still protected or not. A lot of surge protectors don’t offer this. Finally, a large power button also sits on the front of the socket which can be pressed in order to shut off all power to the connected plugs.

Can it be wall mounted?

Do the plugs have switches?
There is one primary switch that controls power to every single socket including USB ports.

What is the delivery time?
1 day with Amazon Prime, up to 1 week without.