Here, we’re going to give you a dbrand Skin Review! dbrand are a company based in Canada who offer ‘skins’ for many devices, mostly smart phones. Although they do also offer skins devices like laptops and gaming consoles such as the Nintendo Switch, PS4 and Xbox One.

Some of the mobile devices available with skins from dbrand include the iPhone, Google Pixel and Samsung Galaxy. 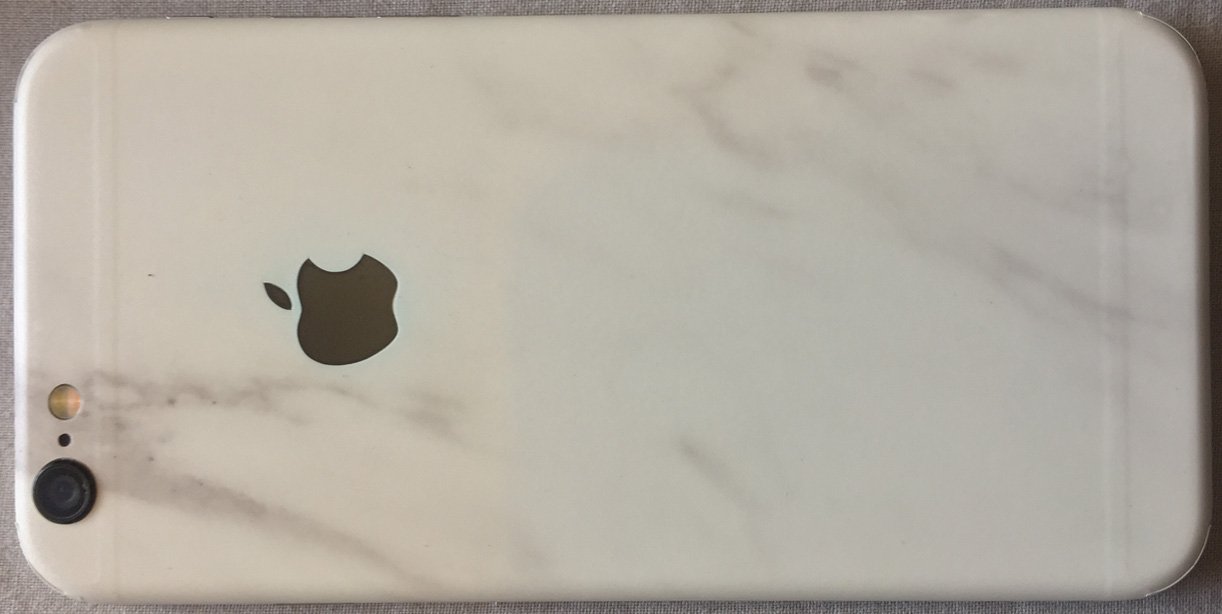 Even though dbrand are in Canada, they delivered straight to the UK for free. Free shipping is eligible worldwide on any order over $20. Therefor I ended up buying 2 different skins as it was around $3 cheaper than paying for the delivery!

Skins offered by dbrand are very fairly priced in my opinion. The two skins that I ordered where ‘White Marble‘ for the iPhone 6, and ‘White Carbon Fiber‘ for the iPhone 6S for my friend. I actually chose the White Marble skin after seeing YouTuber H3H3Productions show his iPhone with the skin in a podcast.

Originally I was a little confused by the order process, and ended up having to contact dbrand support. I wasn’t certain which part of the back I was receiving, whether it was the entire cover or just the middle piece. However, a representative from dbrand confirmed to me quickly that you actually receive both pieces.

For the iPhone covers, you’ll end up paying $5 for an ‘Upper and Lower’ bottom piece, $6 for the front piece and $9 for the back piece. Although realistically, you only need to order the Back and front piece. Upper/Lower piece is optional, more for customisation I believe. Total cost was around $15 for my entire phone. My friend just got the back piece for $9.

I was given an expectation of around 15 days for delivery to the UK. However it came straight through my letterbox just 8 days later. I was quite impressed, I thought I’d be waiting at least another week. The phone skin was nicely packaged in dbrand branded packaging.

In the package was my iPhone skins from dbrand, as well as a micro-fibre cloth and a URL to some instructions. You will in fact need a hair dryer to apply the skins to your device. Make sure you own or can borrow one before purchasing!

Starting with the back piece of the skin, applying it was pretty easy. Just line up the skin to various parts of your device such as buttons, the microphone etc. Following the video guides provided by drand on their YouTube channel really helped. 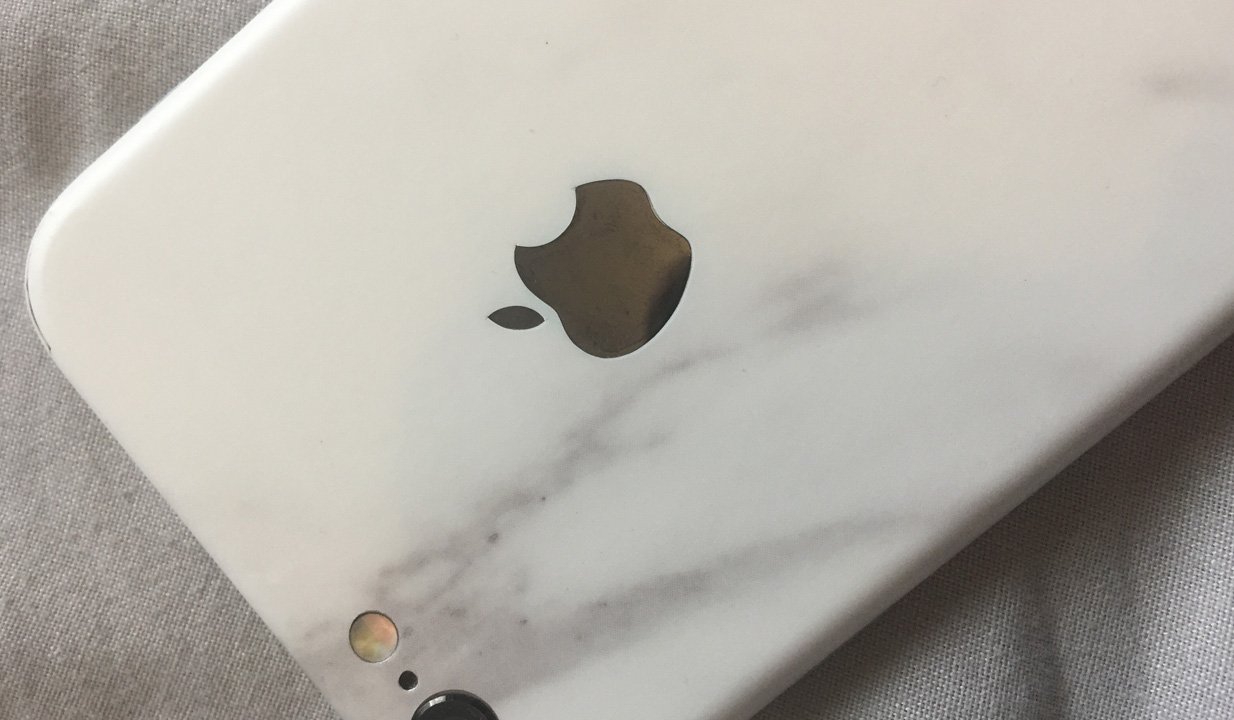 It was doing the corners where problems arose. I did sort it, but I wasn’t too impressed with the end result. I feel like I should blame Apple over dbrand for the oddly shaped phone in the first place.

It was very difficult to actually get the corners to line up properly, and I still didn’t manage to looking at it now. Where overlaps happen, you can see a small shadow, it does stand out a little bit. However not enough to make me regret my purchase. My iPhone is space grey (so its dark). With ordering a white skin from dbrand, you can really see any gaps if you don’t sort them out. 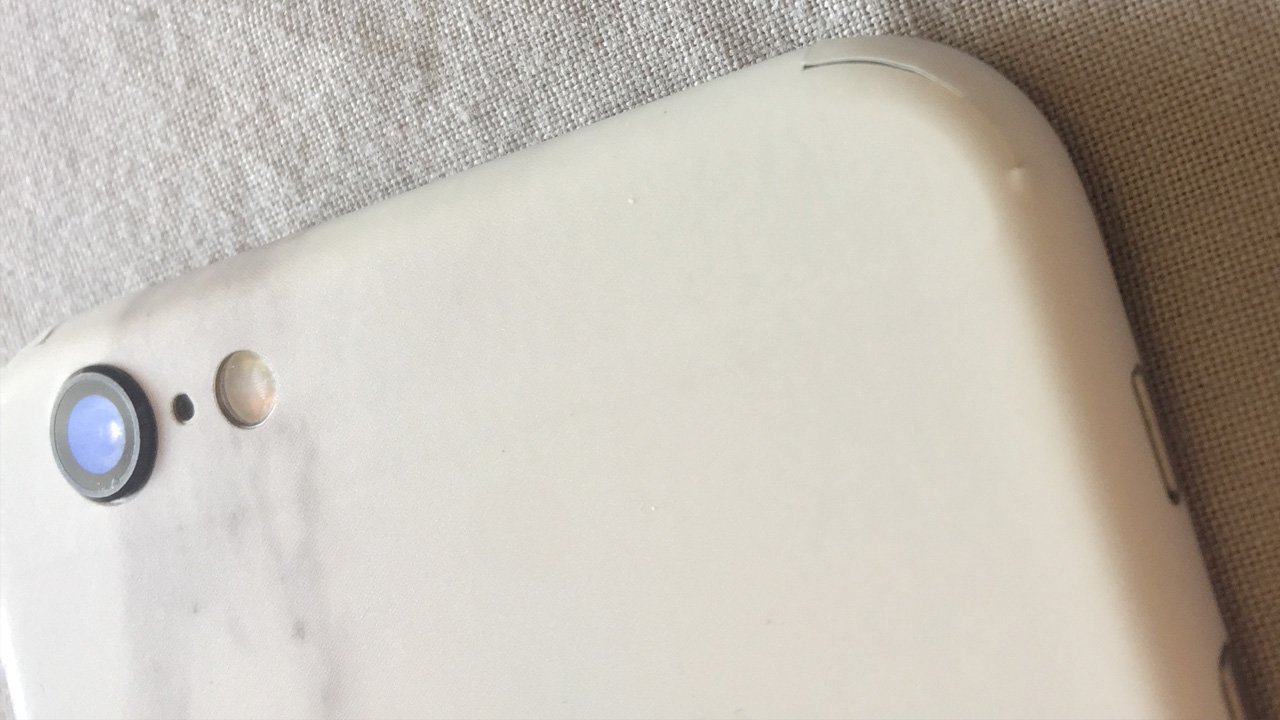 Applying the front piece of the skin was an even bigger task. The skin just didn’t line up to the edges of my screen right for some reason, the only way I could get it to actually apply properly was by completely ruining the placement over the touch scanner. Stretching the skin didn’t work either, there was just a black outline around the bezels of my iPhone.

At the end of the day, I’m very happy with my purchase. Honestly, you can hardly tell that there is a skin on it, the iPhone looks like it was custom made. I will definitely be returning to dbrand to further pimp out some of my devices, and when I inevitably upgrade my phone.

Delivery time was great, contents where well presented and the skin is of a very high quality. You can always peel it back, reheat and replace if you encounter any problems. I would probably recommend people really think about getting a front piece for the iPhone.

Maybe it was just me, but lining the front up to the back piece was a disaster and seeing the dark phone through the gap was extremely irritating. If you went for black Carbon Fiber over a black phone for example, that would probably work a lot better!

READ:  Logitech G930: Fixes for the Headset Cutting Out & Disconnecting

Logitech G930: Fixes for the Headset Cutting Out & Disconnecting

Logitech G930: Fixes for the Headset Cutting Out & Disconnecting

Wireless headsets are a blessing for gamers. No longer do we have to have wires running across our desk when trying to play competitive...
Read more
Technology

Where to get Cheap Apple Watch Bands & Straps

I'm not a big fan of branded products, and never felt interested in spending anywhere between £50 and £150 for a simple band for...
Read more
Reviews

After conducting my review of the Apple Watch 3 a few months back, I talked about using a 3rd party leather strap by Jisoncase....
Read more
Technology

Netflix and the purge of VPN's Everyone knows that the USA version of Netflix has by far the most amount of Movies and TV Shows....
Read more